Rainfall and Climate Zones on the Big Island of Hawaii

Most of the time over the past decade, I find that when a prospective buyer reaches out for help with their property search, they have visited Hawaii multiple times and have a good idea of where they might like to look for real estate. The past six months have been different, and I once again find myself talking a lot about how to try to match someoneʻs dream to the realities of location, location, location. 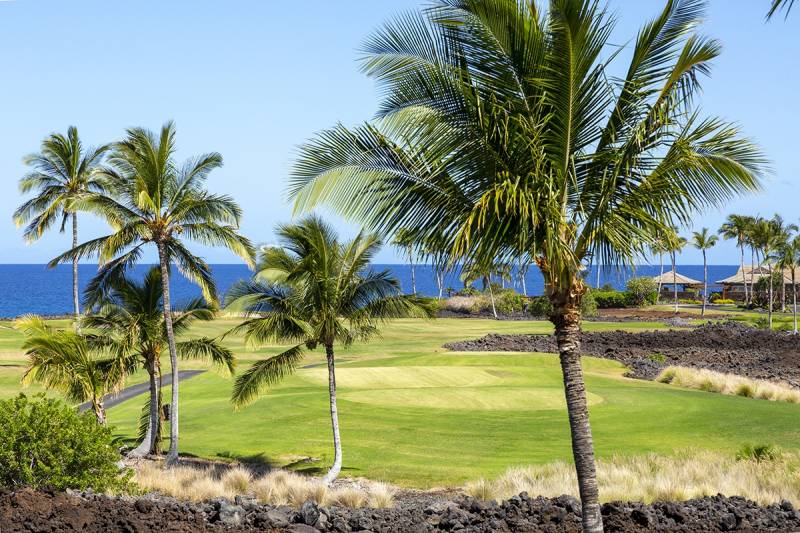 The green grass of a golf course and the tropical blossoms at the Kohala Coast resorts rely on heavy irrigation in the dry, sunny west side climate. This view is from a Halii Kai condo for sale.

The Rules of Average Rainfall in the Hawaiian Islands 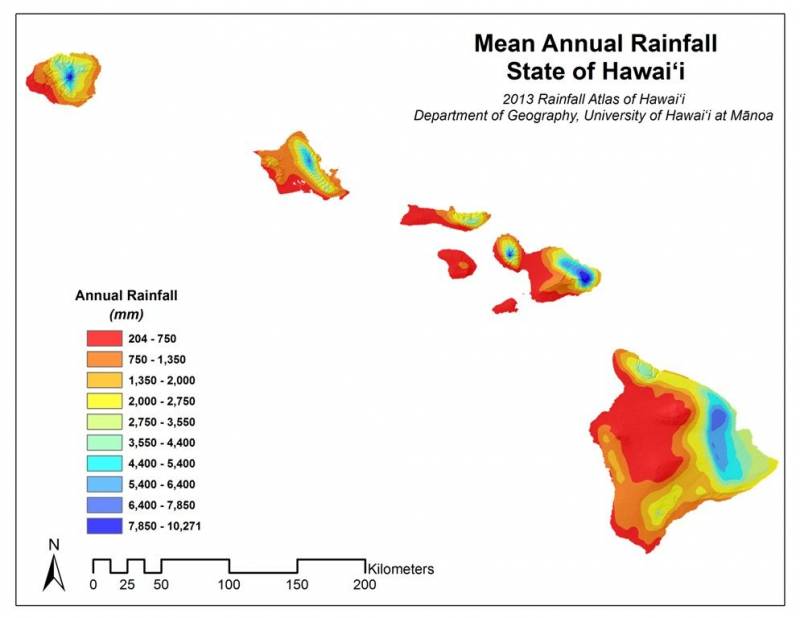 The general rule for rainfall on any of the Hawaiian islands is simple. Rainfall is higher on the windward side (north and east) and lower on the leeward side (west and south). Rainfall is lower closer to the ocean and higher at elevation due to the topography of a volcanic island, which is like an inverted bowl and causes a phenomenon technically known as “orographic lifting” on the windward side and “convection” on the sunny side. In lay terms, that means that moist air is pushed upward against the mountains by the tradewinds until it reaches an elevation at which it begins to precipitate out. On the other side of the island, the sun heats the air, which rises, carrying moisture until it reaches a level where it cools and precipitates out. 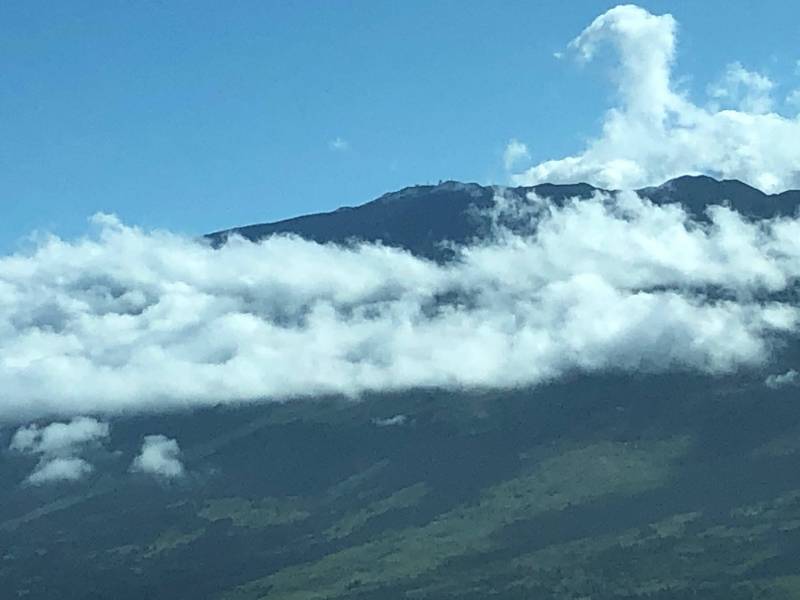 Looking from the Big Island towards Maui, we often see a “lei” around the neck of Haleakala. This photo shows the orographic cloud and the dry summit above the trade wind inversion level.

Translating Rainfall into Climate and Lifestyle on Hawaii Island

As I mentioned in my original post, people are often surprised to learn that Seattle, Washington has an average annual rainfall of only 38 inches, about the same as Hawi near my home. But Seattle has, on average, 152 days of sunshine versus 175 days for Hawi — and most times the Hawi resident needs drive only 10 minutes around the corner to find an escape from the winter rains. 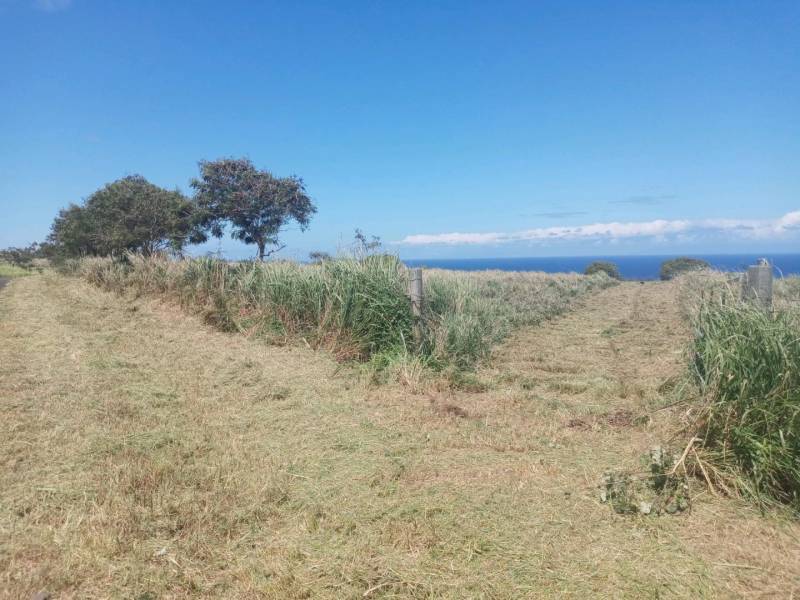 In dry September, this 42 acre Hawi parcel turns straw-colored, but check out the listing photos for how green and lush it will look most of the year.

What is also notable is that the North and South Kona districts on the Big Island have a unique weather pattern of afternoon rains, more so in summer than in winter (the rest of the island is drier in the summer months than during the winter). Although two volcanoes, Mauna Loa and Hualalai, provide shelter from the trade winds, the airflow eventually wraps around and encounters the warmer air, creating rainfall. This weather pattern is what makes them the prime coffee-growing districts, as well as creating an accessible cloud forest microclimate in Kaloko Mauka. 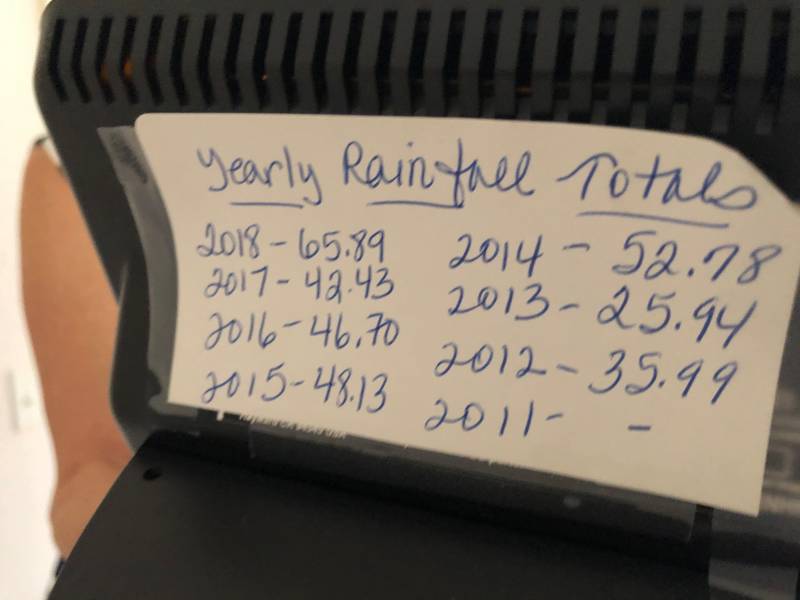 My sellers in Hawi had a weather station, and they kept track of annual rainfall for the years they owned the home.

As the “Kona coffee” story illustrates, if some form of farming or ranching is part of your dream, you will need to think about the ideal average rainfall, the seasonal variability, and also a back-up plan for irrigation if the temperature fluctuations in the equatorial Pacific Ocean known as “El Nino” and “La Nina” produce a series of dry years.

Working with a local real estate agent is still the best way to make sure the property you are looking at is a good fit for the lifestyle you envision in Hawaiʻi. But if you are starting from scratch, at least you now have some basic knowledge of rainfall and climate patterns in the islands.