I first wrote about Big Island Lava Zones here on the Hawaii Life website in June 2009.

This is what I wrote: “Although every visitor dreams of seeing a lava flow up close and personal, every prospective buyer of Big Island real estate hopes NOT to see lava flowing to their doorstep!” 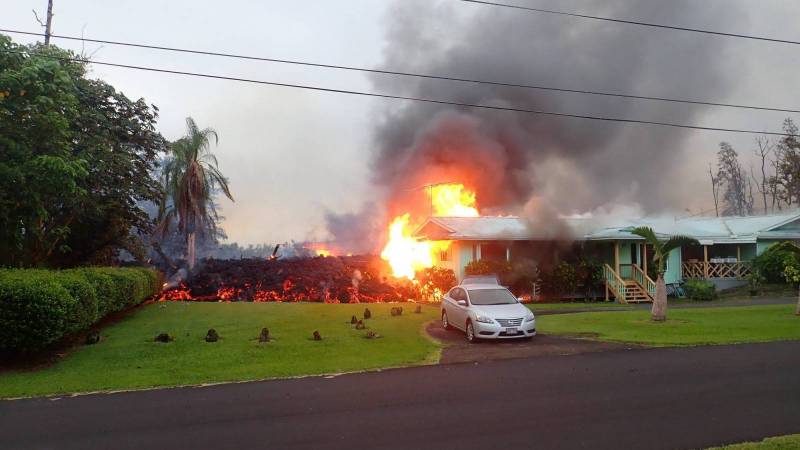 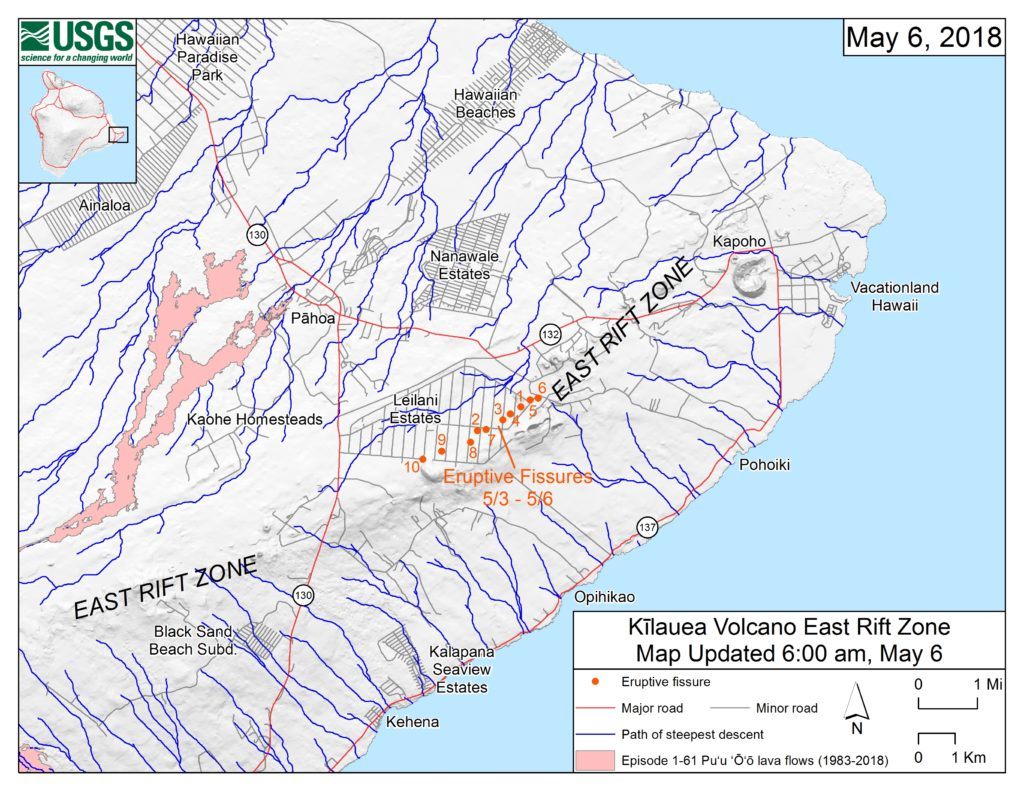 This map prepared by the USGS shows the 10 eruptive fissures in Leilani Estates as of May 6, 2018; two more have opened as of this blog posting.

Ironically, the website for Leilani Estates subdivision in Puna district, a name now known nationally thanks to the spectacular images of active eruptive activity, includes a copy of the USGS (federal government) map of Lava Hazard Zones with the caption “Leilani Estates in Zone 1”. 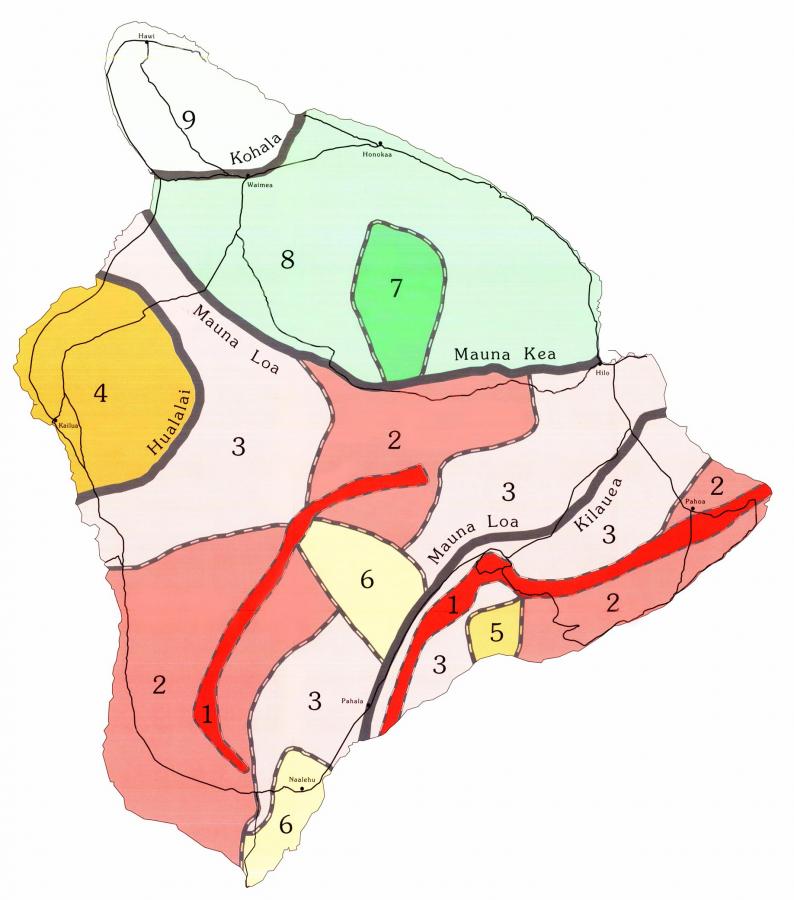 Lava Zone 1, shown in red on the hazard map, includes the East Rift Zone labeled on the first map above. For reference look for the town of Pahoa on each map.

The experts have designated nine lava hazard zones, with lava flows most likely to occur in Zone 1 and least likely in Zone 9. According to the Hawaiian Volcano Observatory website, “the zones are based on the mapped locations of vents and lava flows, frequencies of past eruptions, written eruption accounts, and oral traditions of Hawaiians (chants and stories about eruptions).” In other words, residents of Leilani Estates knew they were building in an area at greatest risk for what is happening now. 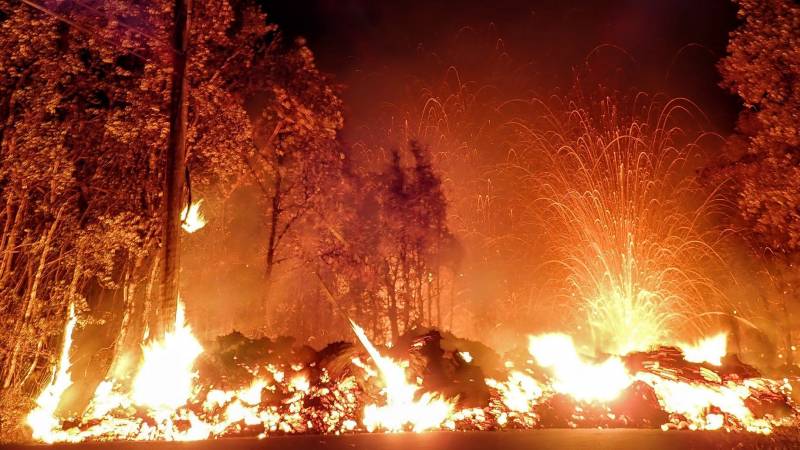 Despite that, Leilani Estates has been an active real estate market, with 12 home sales in the first four months of 2018, at prices from $71,000 to $316,000. Six homes are in escrow and there are 14 active residential listings. The attractions? A small subdivision of one-acre lots, paved roads, an active community association and neighborhood watch, close to the town of Pahoa…and with lot prices averaging around $20,000 for the 40 sales so far this year.

One canʻt help but empathize with the heartbreak of losing oneʻs home to a natural disaster, as we did when our clients and friends were affected by fires in Sonoma County, mudslides in Montecito, and floods on Kauai.

But there is also a reason why pretty much every real estate company on the island has a purchase contract addendum mentioning lava zones, earthquakes, vog and coqui frogs (have you heard the coqui frogs in the background on the videos taken of the eruptive fissures?) The message is the forces of Nature are stronger than human settlement. If you choose to live in these areas, you are accepting those risks and their consequences.

Although the Mainland headlines in May 2018 read “Kilauea erupts!”, the current eruption has been going on continuously since 1983, hence the two million annual visitors to Hawaiʻi Volcanoes National Park and the success of helicopter, boat and hiking tour operators taking visitors to view lava flows.

A dear friend who managed a rather volatile star entertainment industry once told me that in her business “any publicity is good publicity.” To a certain extent, I think that is probably true for Hawaiʻi Island given the natural fascination with our active volcanoes. As is true anywhere, the reasons people visit or move to a particular neighborhood on the Big Island have to do with lifestyle; real estate values in a neighborhood also reflect the perceived desirability and hazards of that lifestyle and location choice. 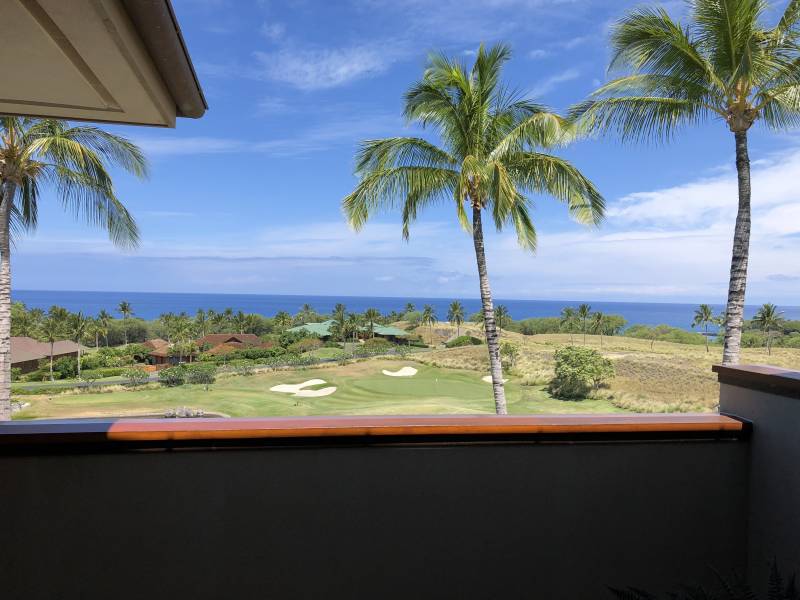 The weather was spectacular for our Kohala Coast broker caravan last week. View from Halia Hale at Kaunaʻoa in the Mauna Kea resort, in Lava Zone 8 (MLS 617033), safe from lava flows. The magnitude 6.9 earthquake occurred minutes after this photo was taken.

Looking at the Lava Zone Map:

Bottom line: None of these areas have any issues with financing or insurance due to lava hazards, and real estate values outside of a few areas in Lava Zones 1 and 2 are unlikely to be affected by the Kilauea eruptive activity.

Well said Beth. Kilauea eruptions are always humbling, powerful, spectacular and this one in particular, mortifying (to me, anyway). Thank you for putting it into perspective in your always informative and thoughtful blog.

Do the zoning laws allow for houses built on hardened steel piers? They would be out of harms way at least.

> Creative thinking, but building on metal piers really doesnʻt keep your home out of harmʻs way. The gases are pervasive, the spatter reaches hundreds of feet high.

320760 881275 There are some fascinating points in time in this write-up but I dont know if I see all of them center to heart. There is some validity but I will take hold opinion until I appear into it further. Excellent write-up , thanks and we want a lot more! Added to FeedBurner as properly 144269

The gated entry welcomes you beneath a canopy of tropical foliage, beyond which the driveway meanders to a large porte …

The Big Island of Hawaii is one of the world’s greatest locations for avitourism. For those willing to trek across …