So many emails, texts and telephone calls over the past week began with questions about the nationally reported Hawaii Island alerts on the status of Mauna Loa, one of our two active volcanoes. Letʻs look at the current status and review the basics of what you need to know about volcanic activity on Hawaii Island and how it might affect your property here. 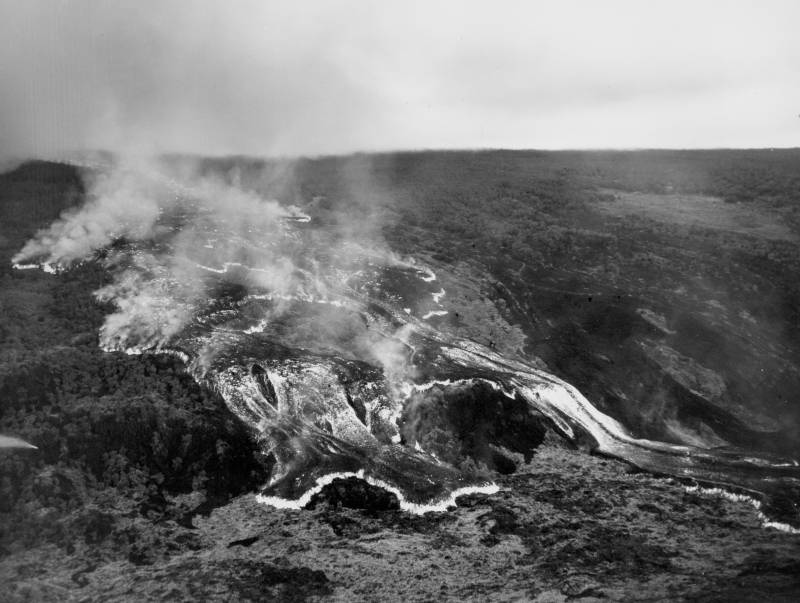 Aerial photo of 1950 lava flow from Mauna Loaʻs southwest rift zone. Lava reached the ocean in only 17 hours from the time the flow began.

What Are Lava Zones and Where Are They Located on the Big Island?

As I wrote in this blog post about Lava Zones with respect to the 2018 eruption of Kilauea, before you reach out to see if your friend is worried, or call your real estate professional to ask if your home or condo is likely to be affected by the next eruption of Mauna Loa, take a look at this map of USGS Lava Hazard Zones. 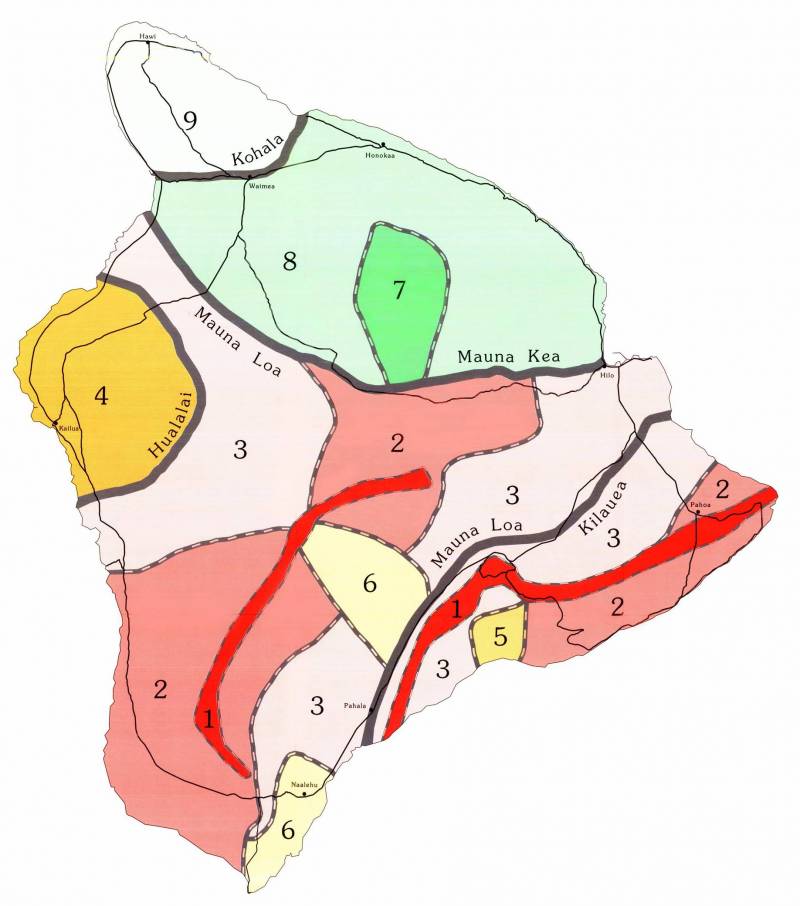 The experts have designated nine lava hazard zones, with lava flows most likely to occur in Zone 1 and least likely in Zone 9. According to the Hawaiian Volcano Observatory website, “the zones are based on the mapped locations of vents and lava flows, frequencies of past eruptions, written eruption accounts, and oral traditions of Hawaiians (chants and stories about eruptions).” Insurers only worry about zones 1 and 2.

Why Are They Telling Big Island Residents To Pack a “Go Bag” – And Where Would They Go?

So now that you know from looking at the lava zone map where the areas of safety are likely to be, who is Hawaii County Civil Defense warning to have a bag packed to flee in the event of an eruption?

This map is probably more helpful in answering the question of where Mauna Loaʻs lava is most likely to flow: 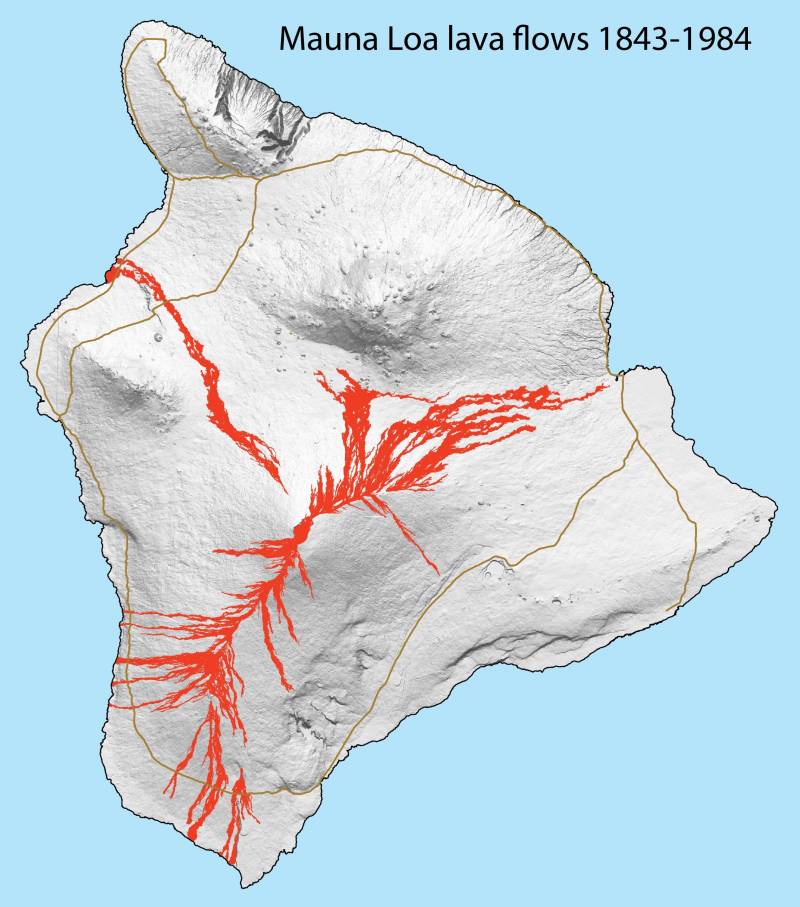 As you can see comparing the two maps, the most recent flow affecting the Waikoloa Beach Resort area came from Mauna Loa across Saddle Road in the early 1800s. But today it is considered to be in Lava Zone 3 as the eruptive activity has moved to the south. Hilo is also in Zone 3 but perhaps has a bit more reason for concern.

Although historically Mauna Loa erupted every 5-6 years, since 1950 there have only been two eruptions; a summit eruption in 1975 and a rift eruption in 1984 that flowed in the direction of Hilo town. About 33% of the eruptions flowed in the Hilo direction; 25% flowed along the southwest rift zone; and 38% stayed where they began at the summit caldera Moku’aweoweo.

So to answer the question of where residents would go, the area around Kailua Kona and to the north into South and North Kohala and the Hamakua coast will not be in the flow of lava from Mauna Loa. Surprisingly, neither will areas to the southeast towards Hawaii Volcanoes National Park. But as we saw during the 2018 eruption, it is possible for some areas to become isolated quickly due to lava flowing across access roads.

Bottom line — there is no imminent threat, and national sources tend to be dramatic in their headlines. To stay on top of the local and most factual news concerning Mauna Loaʻs heightened level of activity that might presage an eruption, here are a couple of sources:

Please reach out if you have any Big Island real estate questions.

Stargazing and Astronomy on the Big Island of Hawaii

Across the entire island chain, 23 observatories are packed into the small region. The reason is that the islands are …

Everything You Need To Know About Lava Zones, Real Estate, and the Big Island of Hawaii

There’s an old joke I reference on occasion about the grandson coming to his grandfather for investment advice, to which …

Rainfall and Climate Zones on the Big Island of Hawaii