D.R. Horton just offered for sale the final building in the new construction condos, Ka Malanai in Kailua. As an incentive, contracts signed by January 15th allow buyers to select their kitchen materials. Six buildings are currently occupied, and work continues on buildings 7 and 8. Building 7 was released for purchase in late November, and building 8 is currently available. Building 7 is less preferred since it’s located on the corner of two roads, and may be subject to more auto and foot traffic noise. 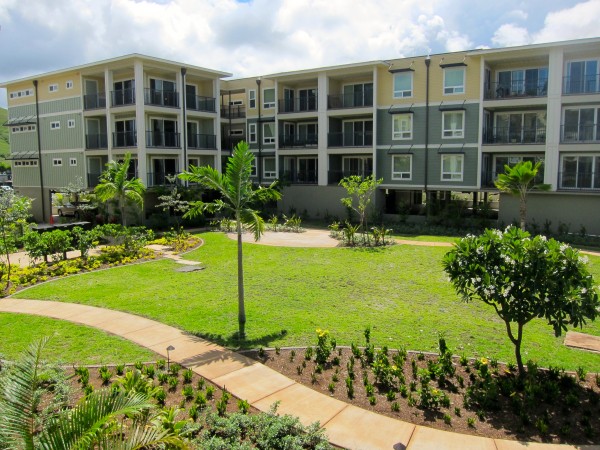 Building 8 is the premier location in the community, since it’s the closest to Kailua Beach and the farthest from the traffic and commercial activity of Kailua – but still close enough. The best unit available right now is 8303, a 3 bed/2 bath unit with 1,491 square feet and two parking stalls. This top floor unit is located in the back of the building bordering a residential area, so it should be quietest and breeziest, yet very close to all Kailua offers. 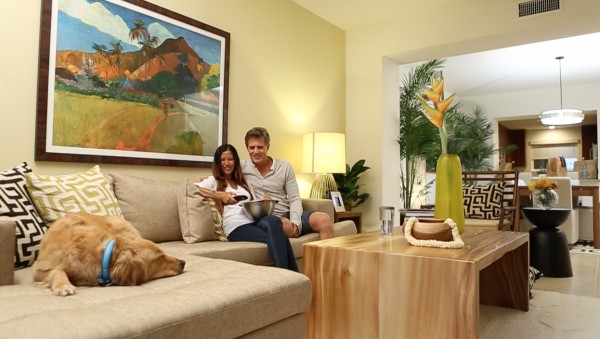 D.R. Horton released some buildings with the requirement that buyers be owner-occupants for at least a year, and use the home as their primary residence, thus giving preference to Hawaii residents. Building 8 does not have this requirement, but Building 7 did. 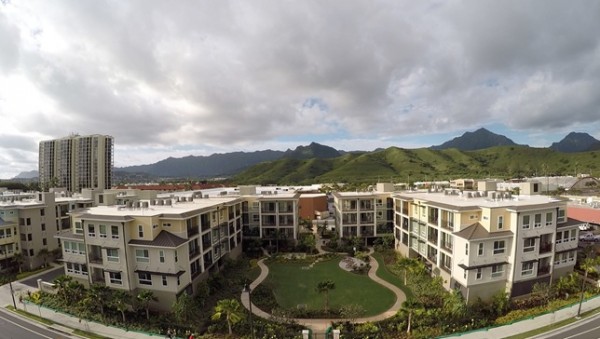 The community is approved for VA loans, so military members PCS’ing to Hawaii can live here and easily commute to the Marine Corps Base in Kaneohe, Joint Base Pearl Harbor Hickam, or the Coast Guard Station. Military veterans ready to retire to Kailua can also purchase here.

Ka Malanai was introduced in the fall of 2013 with fanfare and hype, including a lottery for the chance to purchase a unit. About two years later, the scene was much different. After increasing agent commissions for selling multiple units from 3%, to 3.5%, to 4%, the sales center later offered price reductions and credits toward closing on certain units. But, as the median home price in Kailua kept increasing, Ka Malanai’s asking price began to look more “affordable” and the units sell at a healthy rate. 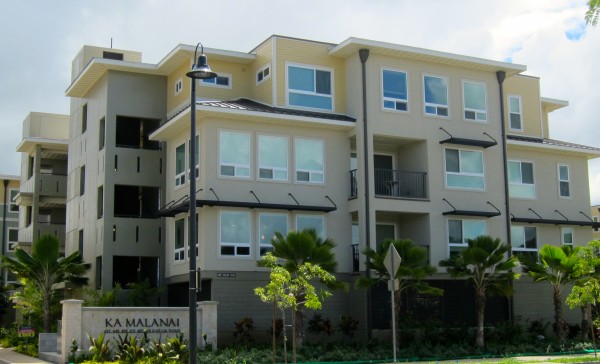 Affordable is a contentious term in Kailua, one of the highest priced zip codes on Oahu. Many long-time Kailuans have disparaged D.R. Horton for this project because it replaced housing for lower income residents previously built on the site. The old building was by most accounts an eyesore, but many residents were expecting something geared more toward full-time, working class residents to replace it.

A buyer looking for a 3-bedroom residence in Kailua would have to value new construction and a central location well above space to purchase in Ka Malanai. With a price tag starting at about $900,000, most buyers would prefer an older single family home outside of the center of Kailua, though those are rare, competition is fierce, and condition average.

For a buyer intent on a condo in Kailua, Ka Malanai is a good value. Comparable communities in the area include Bluestone and Kukilakila.

The greatest fans of Ka Malanai should be the owners of the surrounding condos, such as Gardenia Manor, Poinciana Manor, and Hokulani, who have seen their condo values skyrocket with all of the attention to the area. Many buyers drawn in by D.R. Horton’s persistent marketing and promises of new construction in a central location found the prices out of their budget, so they quickly looked next door to the older but pleasant units selling for $300,000 less.

In the fall of 2013, typical units in the neighboring buildings sold in the low $400,000 range, and now regularly sell for over $500,000, outpacing the Kailua zip code statistics. For example, here is a lovely two bed/two bath Poinciana Manor unit with just over 1,000 sqft currently listed for $520,000.

Discover Your New Lifestyle at Puamana on Maui

Puamana welcomes you to discover your new lifestyle. Numerous recent upgrades on your hideaway 71-2 include: renovations on both bathrooms, …