It is a rare few who can add a tab entitled “ICONS” to their website, but the famed architectural firm of Richard Meier has earned the right to do so. For more than 50 years, Richard Meier & Partners has been designing civic, institutional, residential and performance spaces around the world in an unmistakable, iconic style that is recognizable throughout the firm’s vast body of work. Richard Meier has been awarded the Pritzker Architecture Prize in recognition of his lifetime contribution to architecture. He is best known for his use of geometric forms and most prominently, his use of white. 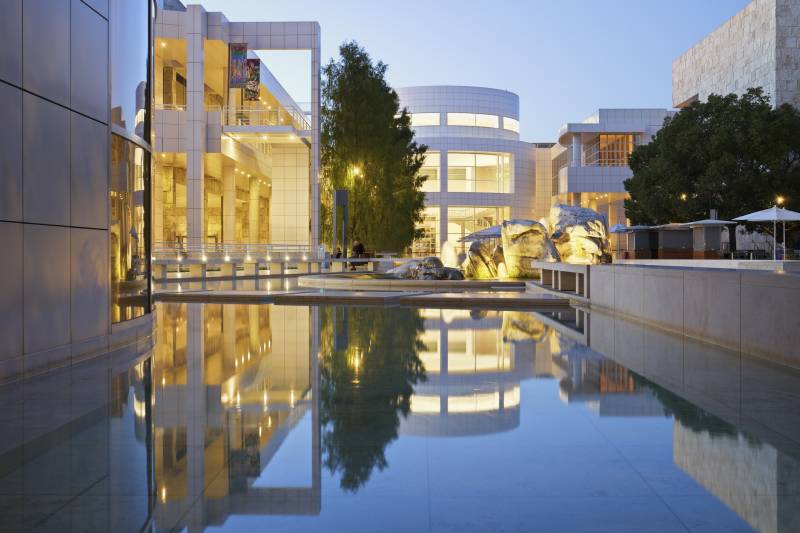 Located in Brentwood, Getty Center was opened in 1997. In addition to its art collection, the center is famous for its architecture and gardens.

Even the untrained eye can recognize the elements of Richard Meier & Partners’ signature style in this image of the Barcelona Museum of Contemporary Art. In his acceptance speech for the Pritzker Architecture Prize, the renowned architect noted, “White is the most wonderful color because within it you can see all the colors of the rainbow. The whiteness of white is never just white; it is almost always transformed by light and that which is changing; the sky, the clouds, the sun and the moon.” 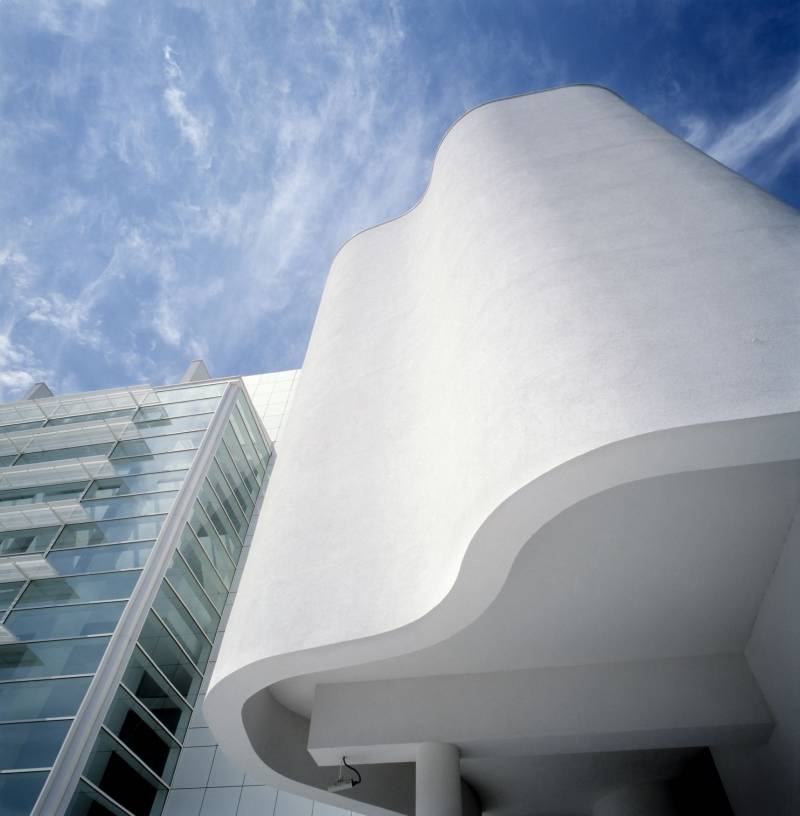 The Barcelona Museum of Contemporary Art, designed by American architect Richard Meier in 1990.

Here in Honolulu, Richard Meier & Partners’ inimitable forms will soon grace the Honolulu skyline with the addition of Ward Village’s Gateway Towers. The blade and cylinder shaped twin towers will be situated across from Kewalo Basin and are meant to resemble a gateway when approached from the Kewalo Basin Harbor.  The firm’s signature use of geometric shapes and white can be seen in the mock-ups of Gateway Towers, below. The white of the towers will be uniquely transformed by Honolulu’s special beauty – the green of the mountains that serve as their backdrop, the moving clouds as they’re driven by our warm tradewinds, the blue of the ocean, and the iconic profile of nearby Diamond Head.

I believe that architecture has the power to inspire, to elevate the spirit, to feed both the mind and the body.  It is for me the most public of the arts. 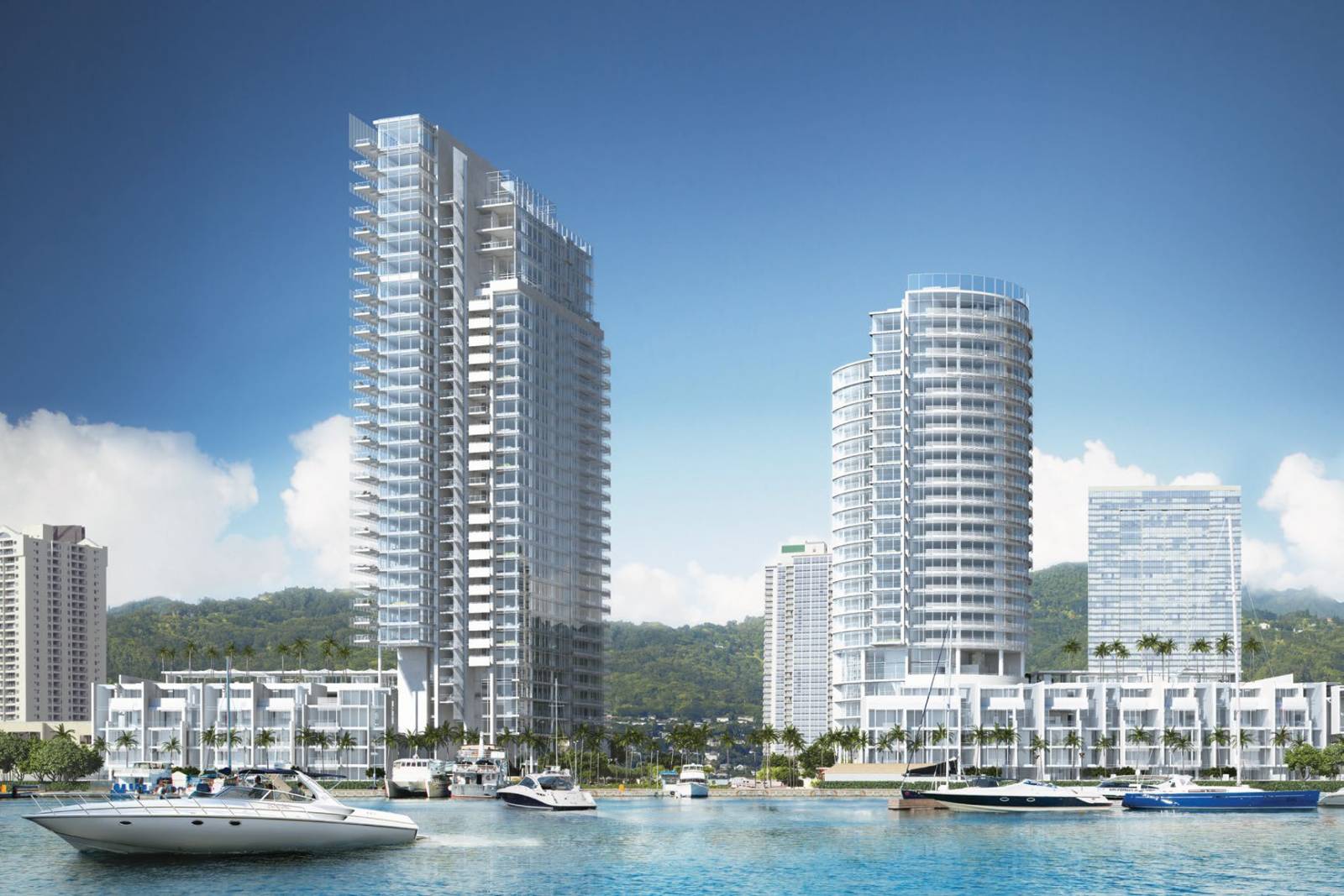 The blade and cylinder design of the Gateway Towers in Honolulu

This is a rare opportunity to own a property designed by a world-famous architect. The interior design is as impressive as the exterior. You can check out the views and design concepts in this virtual tour, or click here to download the full property brochure, which includes floor plans. To hear Richard Meier’s description of the property in his own words, view a video provided by Ward Village in our blog post Goodbye Ward Warehouse, Aloha Gateway Towers! 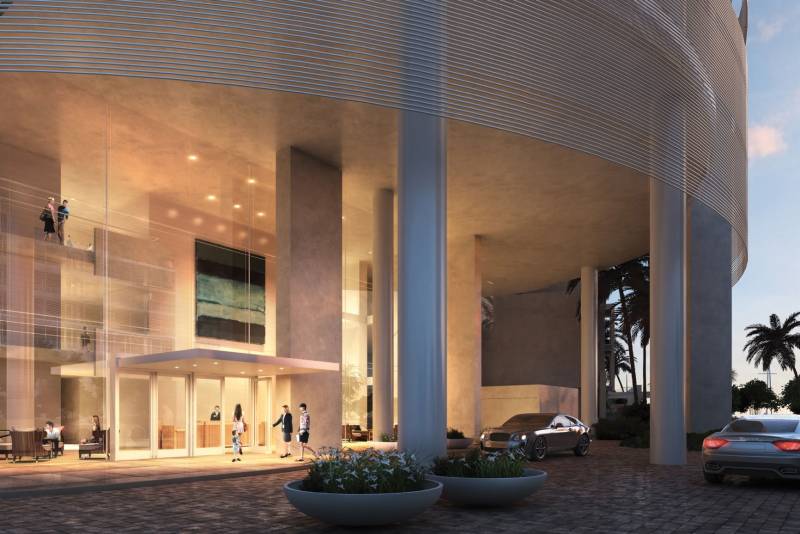 One of two impressive porte-cochères to Ward Village’s Gateway Towers; a grand entrance into a triple height lobby.

A Meier building is a sensuous experience before it is anything else. It is an exploration of solid and void and light and texture, and an essay on composition. Every Richard Meier building is visually compelling…they are deeply beautiful.

Looking for oceanfront property on Maui? There are 11 properties under $10M at the time of writing this blog. Click …

Travel + Leisure Features The Club At Hokuli’a Once Again!

Hokuli’a was featured in the article “13 Best Places to Retire for Golf Lovers,” written by Travel + Leisure author Patricia …