On Hawai`i Island, it is not uncommon to find lot sizes that are inconsistent with zoning or State Land Use. If you live in Puna, for instance, most property is designated by the state as Agricultural. There are, however, numerous subdivisions including Hawaiian Beaches, Parks and Shores, Nanawale, Ainaloa, and Pacific Paradise Gardens (to name a few), that are on Agricultural lands, but parcels are clearly sized for residential use. In these cases, the County has allowed the creation of residential subdivisions on lands inconsistent with the State Land Use designation.

There are numerous ways this might occur. Interestingly, there are about 2.5 million acres of land on the Big Island. About a third of our lands are agricultural, approximately another third is conservation, a small portion is urban but only 626 acres are rural. This is in contrast to Maui, which has over 8,000 acres of rural use.

Puna subdivisions were created years ago under subdivision codes existing at the time. Besides allowing formations under subdivision laws, some lots have also been created over time. Property title in Hawaii is traced back to the Great Mahele of 1848.

At that time, property lines were drawn by basically defining an area from the top of the mountain to the ocean. Natural formations, such as streams, often interrupted grant lines. Over time, new roads and railroads criss-crossed grant lines impacting existing property divisions. These dictated the creation of new lots by necessity.

Smaller parcels were also created here and there as camps supporting sugar operations were added. Each lot can be sold “as is” but commonly owners acquire adjacent parcels, consolidate, and then re-subdivide the land. This is also referred to as a lot line adjustment. The resulting lots, while usually inconsistent with the zoning size, are fairly uniform in size resulting in a more even distribution of farms and population.

This method was commonly used along the Hamakua Coast. The caution with these parcels is always related to access. Parcels in most of the Puna subdivisions with 1-3 acre lots are consistent with zoning but were created in an entirely different way. They were created using normal subdivision rules under the jurisdiction of the land court.

When in Doubt, Ask a Realtor

Surveys on land court property are done by reviewing the file plan map instead of a legal description. Understanding the nuances of either the legal description or any ground survey isn’t something a typical buyer is supposed to understand.

It is, however, something your agent should be competent enough to examine and, at the very least, advise when additional information or a legal opinion is required. The fact that your property appears to be inconsistent with zoning or State land use isn’t an automatic red flag, but it is something you’ll definitely need additional information about when you think your lot is the wrong lot, or the wrong size! 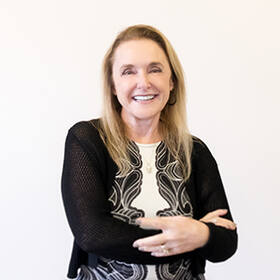 Denise Nakanishi is a REALTOR Broker with Hawai'i Life. You can email me at denise@hawaiilife.com or via phone at (808) 936-5100.