Neal Norman, R(B) was named as the top realtor in Hawaii by sales volume for 2015 by Hawaii Business Magazine. For the past 10 years, the magazine has been publishing their list of the Top 100 Realtors in the state. Neal had production of $131.7 million in total 2015 sales. 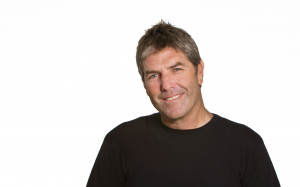 Inventor and business leader Charles Kettering once said that high achievement always takes place in the framework of high expectation. In the article, Neal is credited as the top broker in Kauai real estate since 2009, working discreetly with top business and local leaders. He serves as an ambassador for the quality of life found on Kauai.

Neal and his team are also involved in over 25 local, regional, national, and international causes from the Kauai Community Arts Program and the Kilauea Point Natural History Association to Greenpeace and SurfAid International. He is also on the Hawaii Island Land Trust Council and served as the Vice President of the Hawaii Organic Farmers Association. He cares deeply about the environment and leaving a legacy for his three children.

Sales are not the sole yardstick by which we measure success. The numbers are more than just figures, they tell a story of happy clients, beautiful properties, and successful trades done with aloha spirit.

Neal was not the only Hawaii Life Associate on the list.

As the new year has rolled in, so have several massive swells, many of which have been coupled with beautiful …