North of the Kohala Coast resorts, from where Akoni Pule Highway begins near the harbor at Kawaihae with Pu’u Kohola National Historic Site looming above, past the luxury home community of Kohala Waterfront and the still-vacant oceanfront lots of Kohala Kai, one can drive for miles towards Hawi with nothing in your view other than ocean, whales and dolphins, and Maui across the channel. 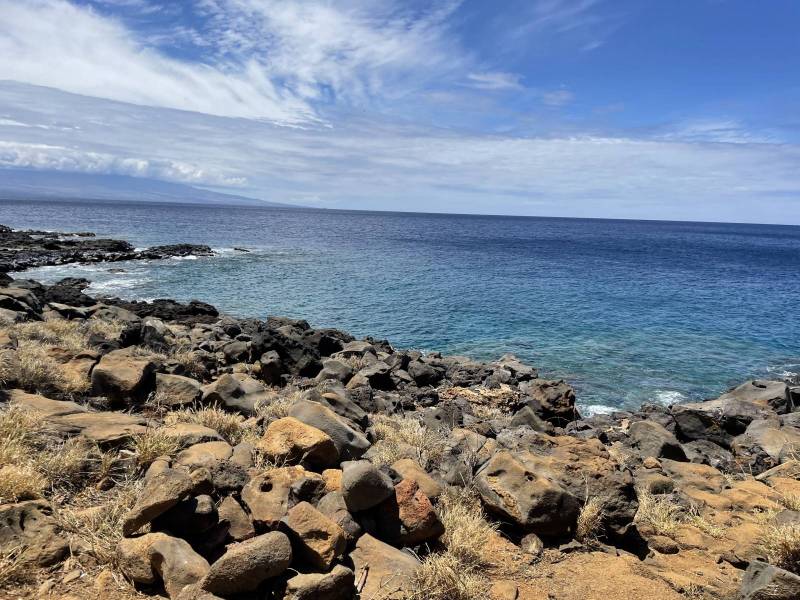 Looking south towards the Kohala Coast resorts and the curve towards the district of Kona.

The preservation of this view corridor, which we all enjoy, actually preserves something less visible from the highway: an important cultural landscape with one of the richest concentrations of historically, culturally, and archeologically important sites in the state of Hawaii.

One of the key elements approved in the County’s 2008 North Kohala Community Development Plan was that the then-recently created Public Access, Open Space, and Natural Resources Preservation (PONC) fund should be used to acquire the privately owned parcels makai of the highway. Through the dedicated efforts of at least five Kohala community organizations in partnership with County, State, Federal governments, land trusts, and with the cooperation of willing landowners who have come to see that conservation is the highest and best use of their holdings, much of this coast has been preserved. 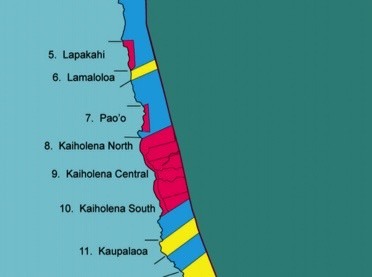 Properties marked in red have been protected; blue indicates state, county, or federal ownership. The properties in yellow are nominated for protection.

This success also explains why the PONC commissioners rank the remaining parcels so highly. I have written previously about Mahukona where the threat of development remains, and Hawaii Land Trust (HILT) is leading a preservation response. Two of the remaining parcels, Kaupalaoa ranked at #6, and Lamaloloa ranked at #7 in priority, are listed for sale. That creates a sense of urgency to protect a mosaic of villages, heiau, and trails whose story can only fully be understood and preserved across the boundary lines of modern-day “parcels.”

The Value of Protecting an Entire “Cultural Landscape”

The North Kohala CDP defined cultural landscapes as follows: “Areas with high concentrations of cultural sites. The landscape as a whole is important since the sites are often positioned in relation to each other. Archaeological experts have identified Kohala’s coast as one of the most intact cultural landscapes in the state.” 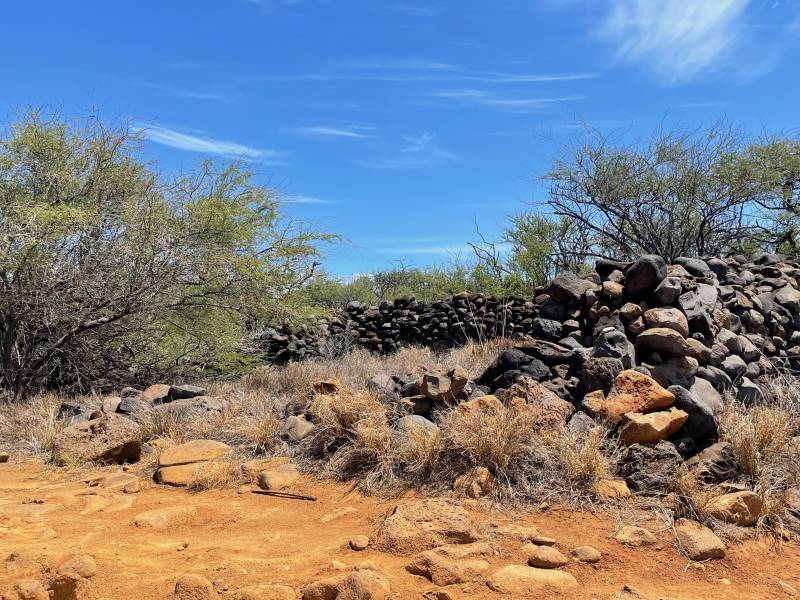 Important burials, cultural practice sites, and remnants of fishing villages on these parcels tell the story of pre-contact Hawaii through the days of Kamehameha’s reign.

As Hawaii Life’s Director of Conservation and Legacy Lands, I recently had the opportunity to tour both Kaupalaoa and Lamaloloa with PONC commissioners, community members, and Rick Gmirkin, an archeologist with the U.S. National Park Service’s Ala Kahakai Trail which passes along this coast. As the archeologist pointed out trails and significant rock formations that an untrained eye might miss, along with their alignments along the coast, and from ocean up the mountainside, it became clear that development of either of these remaining “parcels” would be like tearing whole chapters from a book, leaving the narrative of the story with unexplained mysteries. 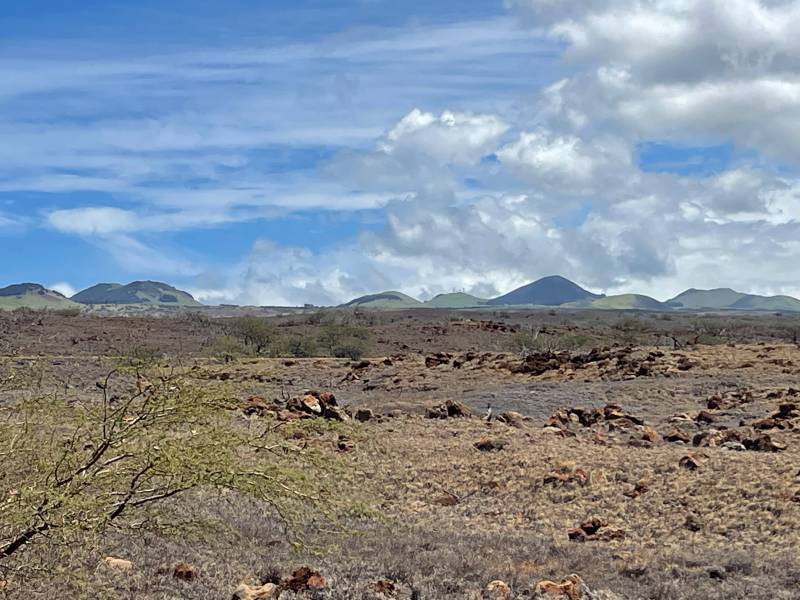 Looking mauka, one can see the extent of the sites and trails, which actually continue across the highway and over the hills.

PONC rankings do not necessarily correspond with the order of acquisitions. In my experience, the order of purchases tends to be heavily influenced by three factors. One- the willingness of a landowner to cooperate with a conservation purchase. Two – the possibility of loss due to pressures for development or private acquisition. Three – the availability of matching funds to stretch the County’s funds over additional purchases.

If you are interested in the idea of contributing to this conservation effort by donating matching funds for a purchase, please contact me.

Luxury Homes on Acreage For Sale in Hawi – North Kohala

More than half way through 2022, with the general economic mood having shifted from exuberance to nervousness, the question I …