Beachfront Kolea at Waikoloa Beach Resort is unusual in that the community was designed with seventeen lots for single family homes along the ocean side of the property; eleven front row six-plex buildings where each 3-bedroom villa is over 2,000 sq. ft., and the elevator to the second and third floors is keyed for security; and five 12-plex buildings in the back consisting mostly of smaller 2-bedroom condos. 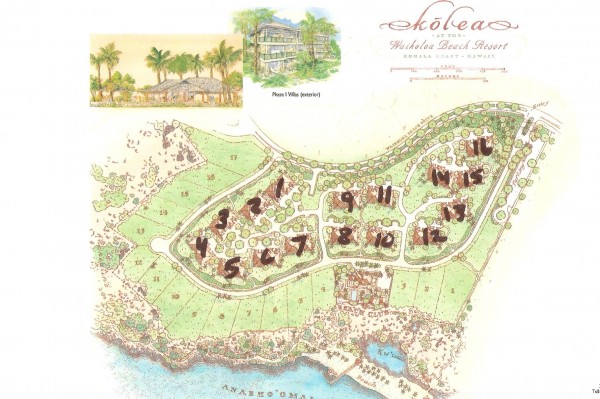 This mix has its pluses and minuses. It means that sales prices at Kolea have ranged from under $400,000 for a bank-owned condo at the low point of the market collapse, to $7.5 million for a beachfront home at the top of the market.

The developer at Kolea partnered with Maryl Construction to put a high quality home on Lot 5, offered for sale at the same time as the condos were being marketed pre-construction. That home sold in 2006 for $6.6 million…which works out to $1,754/sq. ft., or subtracting what they paid for the land, over $1,000 sq. ft. for the residence alone.

That represents a profit even with the cost of building a resort-style home with luxury finishes and a pool in Hawaii. During the up-side of the market cycle, homes here sell for more than replacement cost, so a number of the other lots were also bought with the idea of building “spec” homes for immediate resale.

The second home sold at Kolea, also in 2006, went for $7.5 million (higher in absolute numbers, slightly lower per square foot than the first home). It wasn’t until 2009 that Kolea saw another single family home sold, for $6.5 million to a buyer who already owned a Kolea condo and wanted to trade up.

Then the real estate market fell apart. Four houses at Kolea have sold since then, all of them either short sales or REO (bank-owned after foreclosure):

My favorite of these Kolea oceanfront homes was one I blogged about in this 2011 article about oceanfront foreclosure properties. It sold in 2011 for $2,750,000…and the owners who built the home had paid $3,295,000 for the lot alone! Hence the tremendous upside in any of the four bottom-of-the-market sales.

Which brings me to this notice, which recently appeared in front of one of the homes at Kolea: 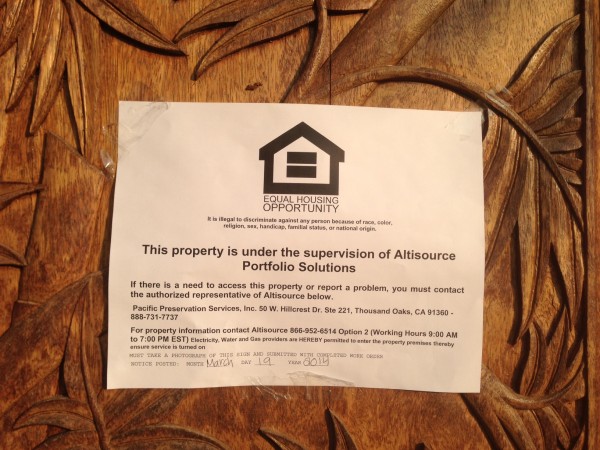 Bottom line: There is still one more opportunity ahead to buy a single family home at Kolea from a bank owner. The question will be how aggressive the bank will be in pricing the REO, given the rapidly improving market.

Occasionally, over the past year, I’ve had prospective buyers of Kolea at Waikoloa Beach Resort ask me, “What’s wrong with Building 9?” What they meant is, why are so many condos from that building for sale when it is close to the Beach Club?

One part of the answer is because this was the first of the 2-bedroom buildings released for sale. Original prices for the 12-plex building closest to the beach were below those of subsequent releases, so those owners are closest to being whole with the recovery in Kolea condo prices.

Kolea 9L is interesting in that it was acquired at a distress sale price in 2010; when it closes, I promise to report on how much the seller made. 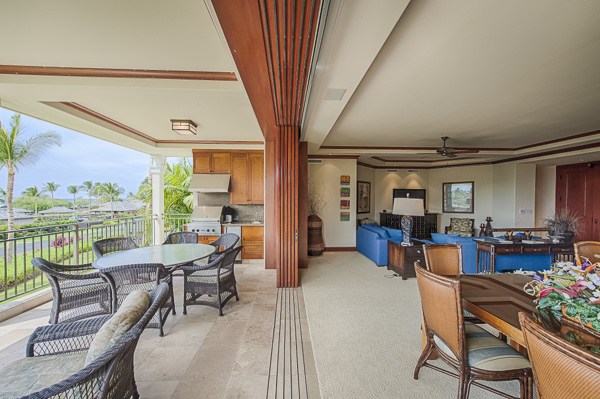 In the meantime, my advice for buyers is still to look for the relative values at Kolea.

Benefits of a Pre-Listing Inspection

Unless you’ve been living under a rock, you’re fully aware that we are in a strong Seller’s market. Values are …

The Club at Hokulia Hosts 15 and the Mahomies Foundation

One Bedroom Unit in a Boutique Building – The Terrazza

Are you in the market to buy an affordable condo close to downtown and UH? Do you like the idea …