The Na Pali Coast is a stunning 16-mile stretch of rugged volcanic terrain along Kauai’s north shore. The coastline is perhaps most notable for its sheer-cliff dropoffs (na pali literally translates to “high cliffs”), rendering futile any prospect for human development in the region. Ancient Hawaiians first accessed this coastline using traditional Polynesian sailing canoes. Today, the primary means of transportation along the coast is by foot via the Kalalau trail, a perilous 11-mile trek from Ke’e Beach to the stunning Kalalau Valley.

But each year in early August, the time-tested tradition of traversing Kauai’s northwest coastline by vessel is honored by those participating in the Na Pali Race. Contestants take to the deep blue Na Pali waters on stand-up paddle boards, prone paddleboards, 1 and 2-man outrigger canoes, surfskis, downwind hydrofoils, and sailing canoes. Primarily a downwind paddleboard race, the Na Pali is known for its strong currents, heavy winds, and dangerous ocean conditions, making it one of the more advanced and technical races in the world (weekend warriors be warned). Competitors are typically elite watermen and women with years of experience and hard-earned knowledge.

One such waterman is Kauila “Scooter” Sagum, a Kauai-native whose team took second place in the sailing canoe category of this year’s Na Pali Race. According to Scooter, who is also a skilled surfer, sailor, and spearfisherman, one of the more challenging aspects of sailing an outrigger canoe lies in preparation for the event. “It takes days, if not weeks to get the canoe rigged and tuned for the ever-changing conditions,” says Sagum. Although the prevailing northeast trade winds typically aid the canoes along their westerly course, the wind often dies off as it wraps around the west side of the island, making the final stretch to Polihale State Beach quite technical.

Finishing in first place overall in this year’s Na Pali Race was Kai Lenny, another accomplished waterman, who used his downwind hydrofoil to complete the 17-mile SUP course in a blistering time of 1 hour and 19 minutes. While Scooter Sagum guided his 3-man canoe along the 25-mile sailing course from Anini Beach to Polihale in just 2 hours and 24 minutes.

However, the value of the Na Pali Race is not in winning and losing. All racers are privileged to experience the sheer power and natural beauty of Kauai’s northwest coast from sea-level aboard their self-propelled watercraft. 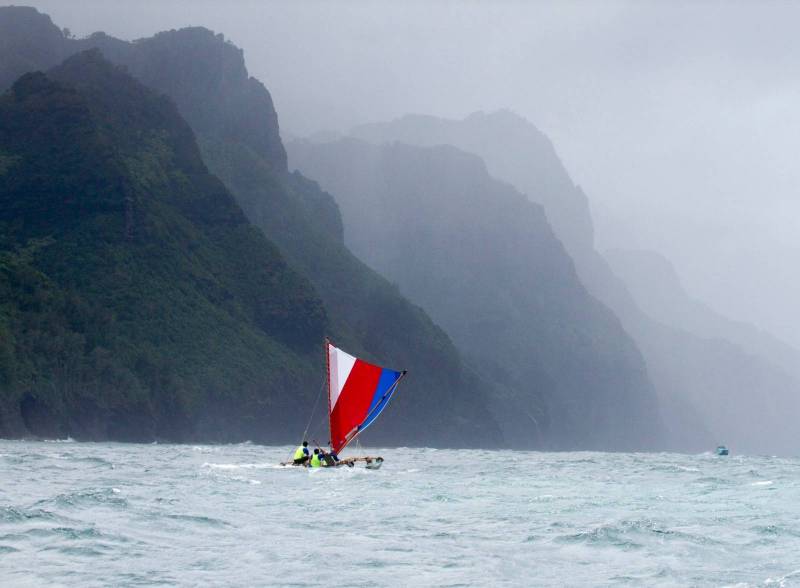 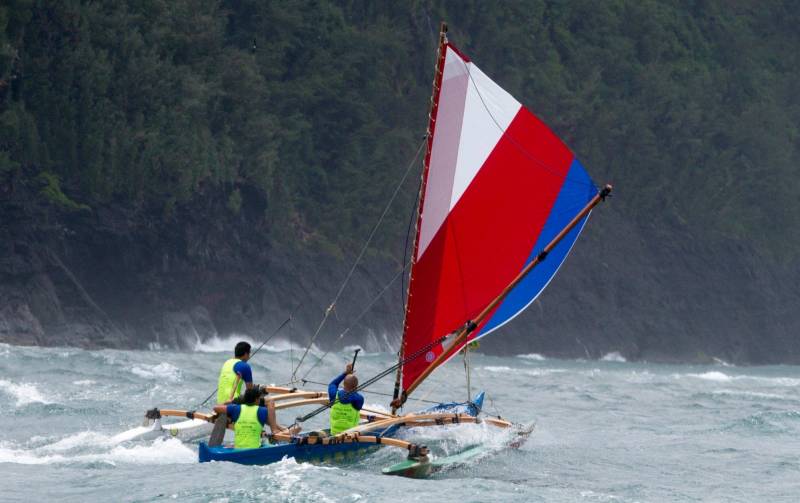 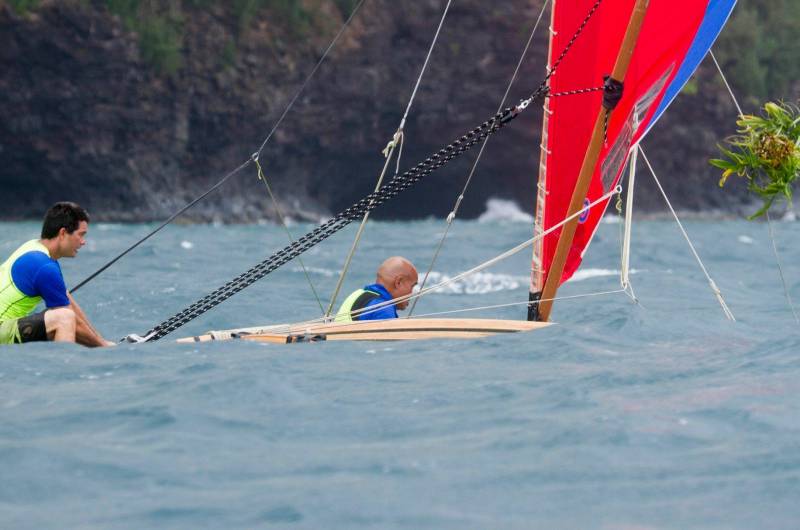 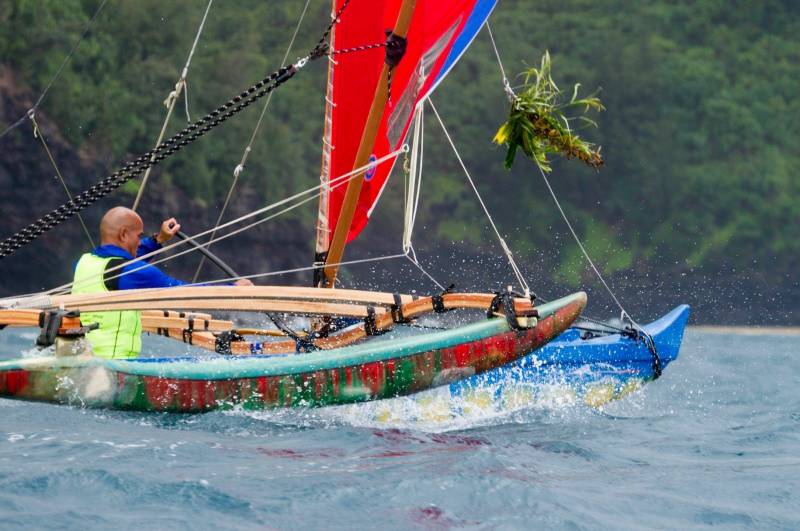 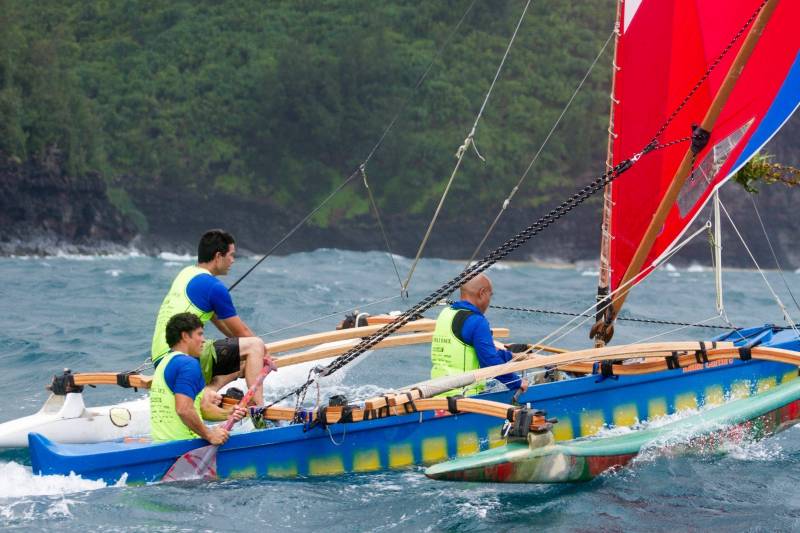 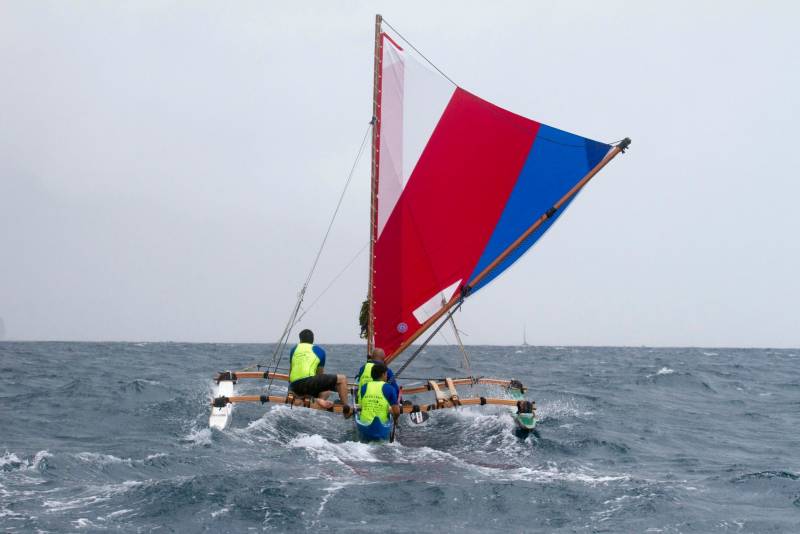 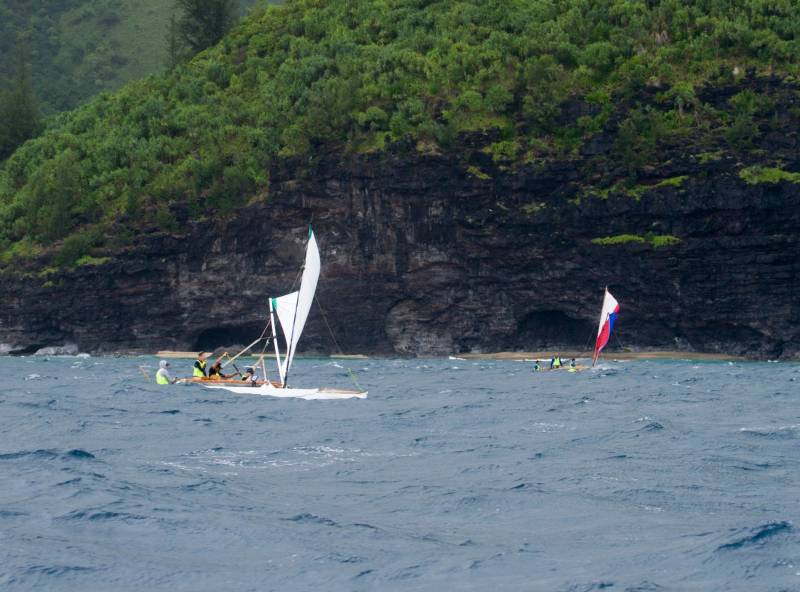 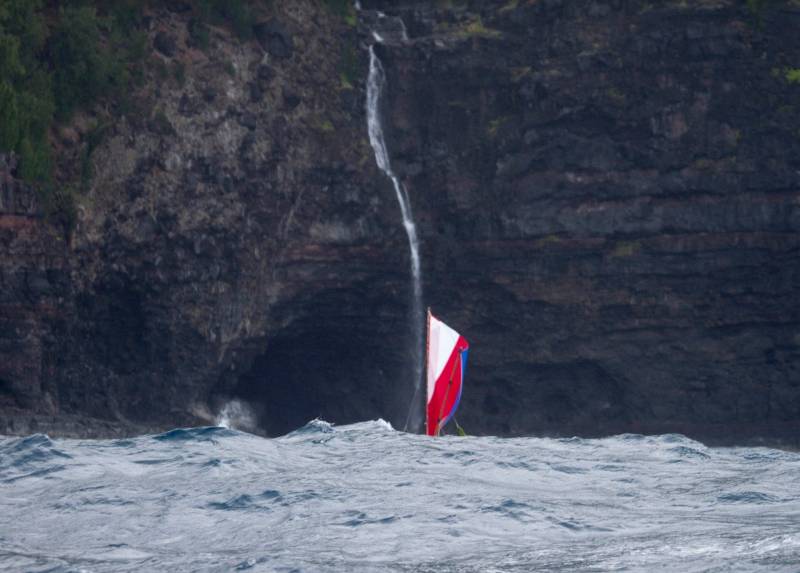 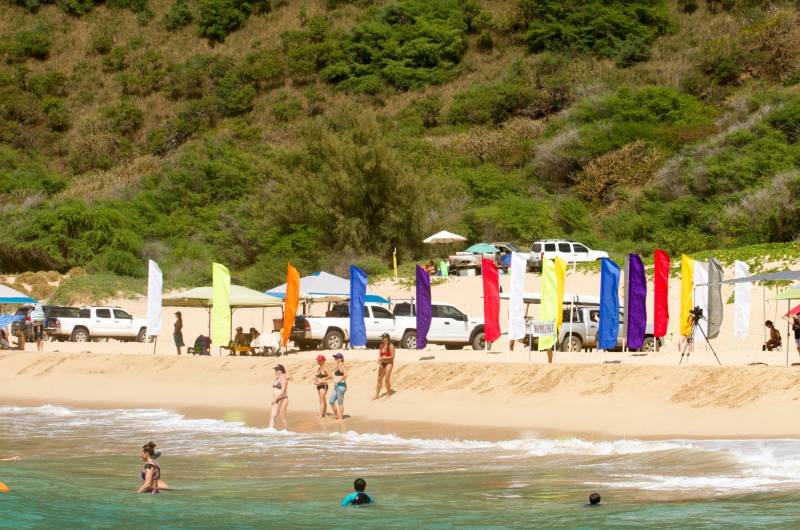 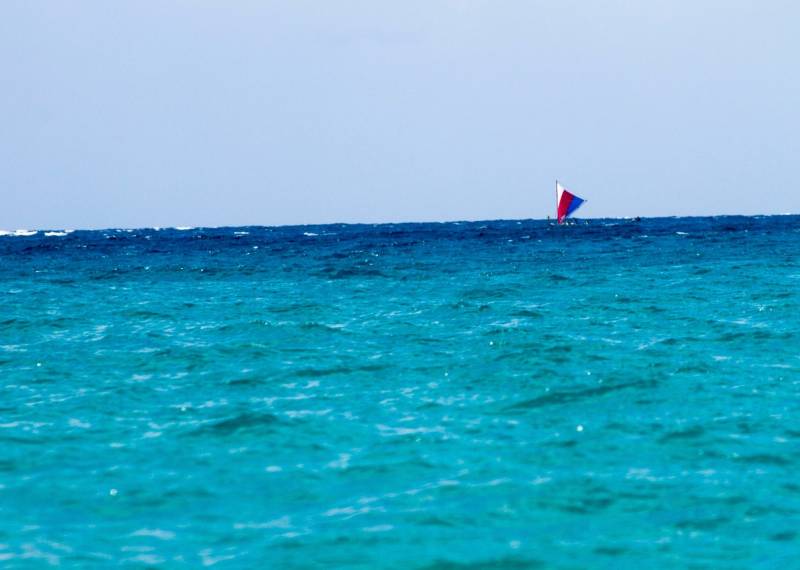 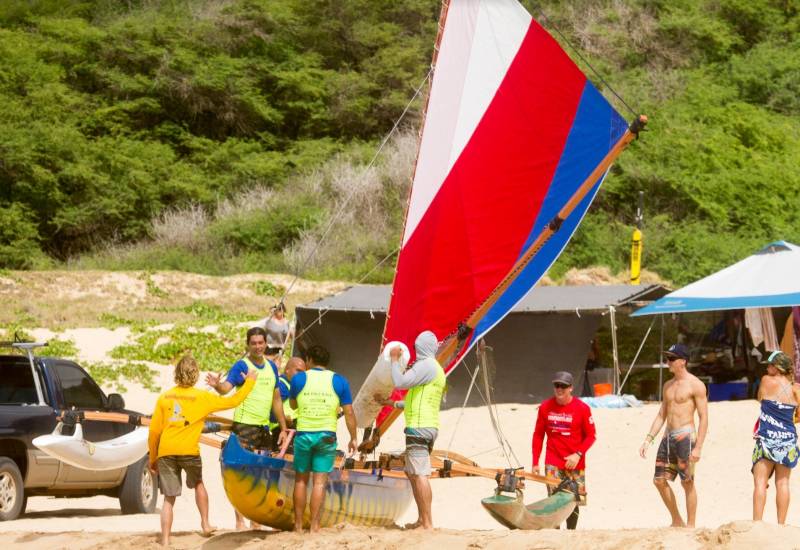 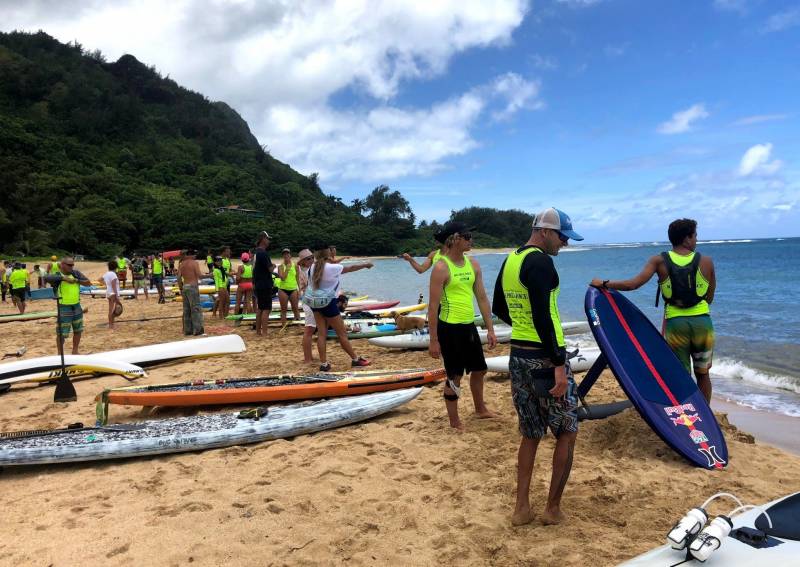 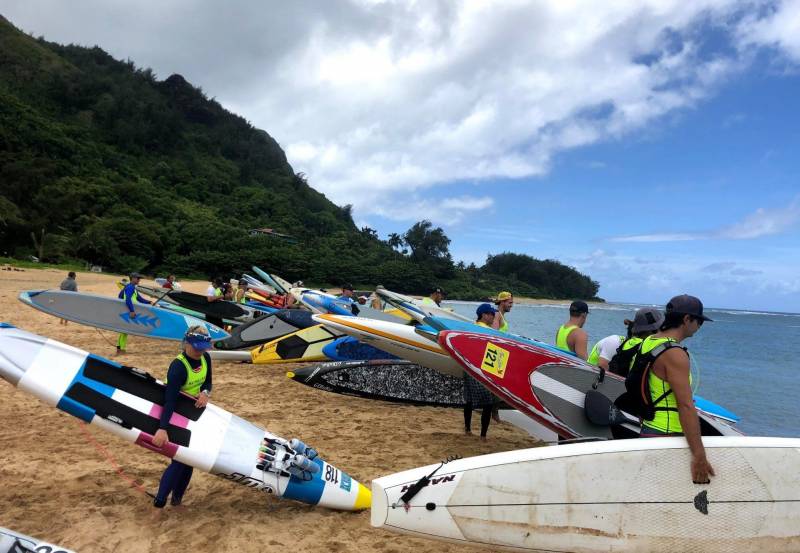 As Thanksgiving approaches, you may find yourself reflecting on your many blessings. Regardless of the hardships of this year (or …

Happy Thanksgiving – Giving Thanks & Being Thankful We are now in the holiday season, and this is one of …

Aloha, friends! Heading into year-end and holiday season of giving, this weekend offers a couple opportunity to give. Aloha Kalikimaka …