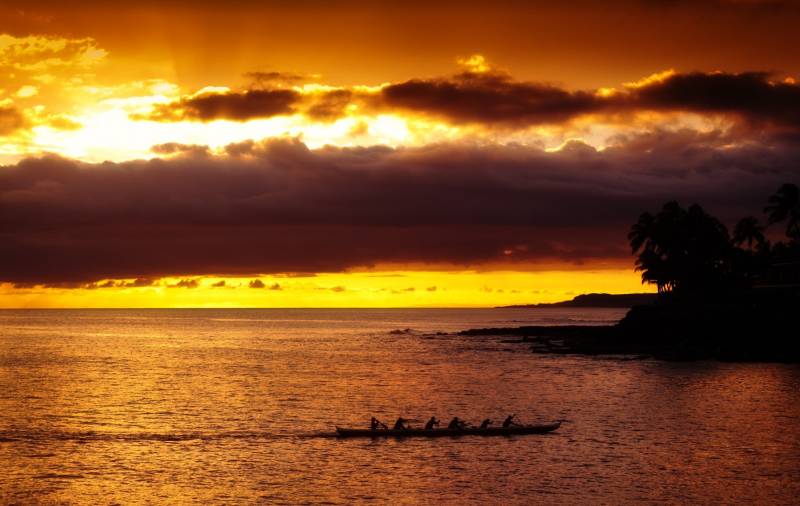 As a child my summers were spent paddling Hawaiian outrigger canoes in the waters of Hanalei Bay on Kauai. I was completely hooked after my first practice when I was just 10 years old. I remember feeling like magic was surrounding me, and I knew that I wanted this sport to be a part of my life. It has been a few decades now, and I’m still paddling in Hanalei Bay. My paddling has taken me on many adventures and voyages and my life has been blessed because of it. 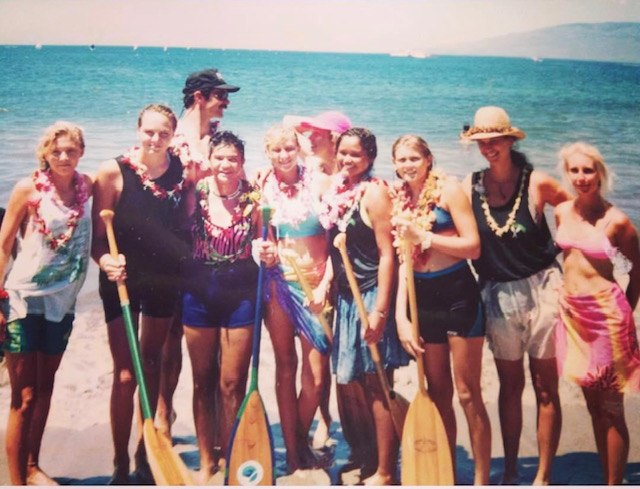 Hawaiian Outrigger Canoe Racing is a cultural activity and sport that started in the Hawaiian Islands and has expanded throughout the world. During the summer season, Canoe Clubs on each island take turns hosting sprint regattas. At the end of each season, the fastest canoe team in each age division, on each island, qualifies to meet at the prestigious State Championships. The Hawaiian Canoe Racing Association, HCRA, hosts the Hawaii State Championships and has nearly 80 associated canoe clubs. Today there are 47 Event Divisions ranging from Girls & Boys 10 years old to Women & Men 70 years old. At the state races there are about 16 lanes, one per canoe, competing to be the fastest on the water.

The sprint distance ranges in length from 1/4 of a mile to 1.5 miles, where each 1/4 mile section is a flag that the canoes must turn around. A Hawaiian Outrigger racing canoe is about 40 feet long, must weigh a minimum of 400 pounds and seats six paddlers. Each ‘seat’ in the canoe has a responsibility and when all paddlers are working together combining skill and speed, the desired outcome is a prestigious State Championship Title. As a child I was able to compete in and win a State Championship in every child division and a bronze medal in the mixed division. The end of the summer training always ended with an outer island trip for the State Championship. Each major island in Hawaii takes a turn at hosting the State Championships. 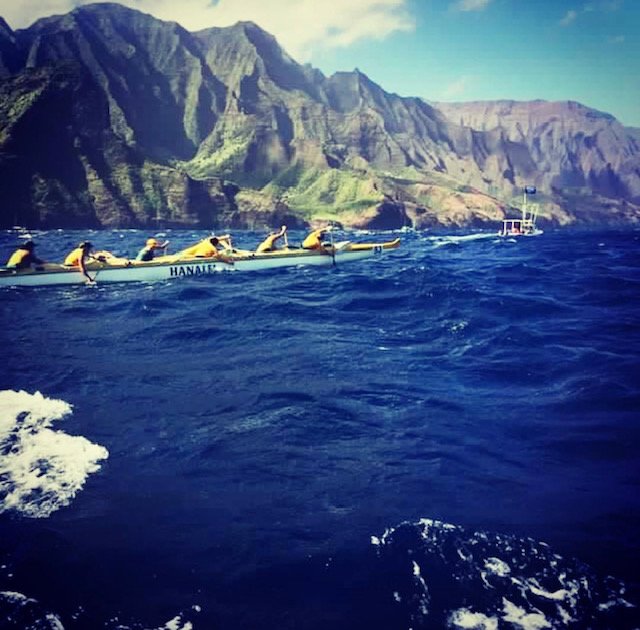 Little is known or recorded about single outrigger canoe racing before 1906, but it is generally conceded that the sport began around the time of King Kamehameha V. Another Royal patron of the sport was Prince Jonah Kuhio Kalanianaole. Many tales exist between 1906 and 1909 that mention rivalry between Canoe Clubs and between islands. There followed a period of almost 23 years in which canoe racing ceased to exist.

“The revival of canoe racing on the Big Island comes with the running of the Julian R Yates Hawaiian Canoe Racing Championships today at Kailua Bay. It pays tribute to Julian Yates for obvious reasons, since had it not been for Julian Yates, canoe racing would not have achieved the tremendous popularity it enjoyed 20 years ago. Its revival in 1952 has its roots in those thrilling regattas staged along the Kona Coast in the mid ’30s.” 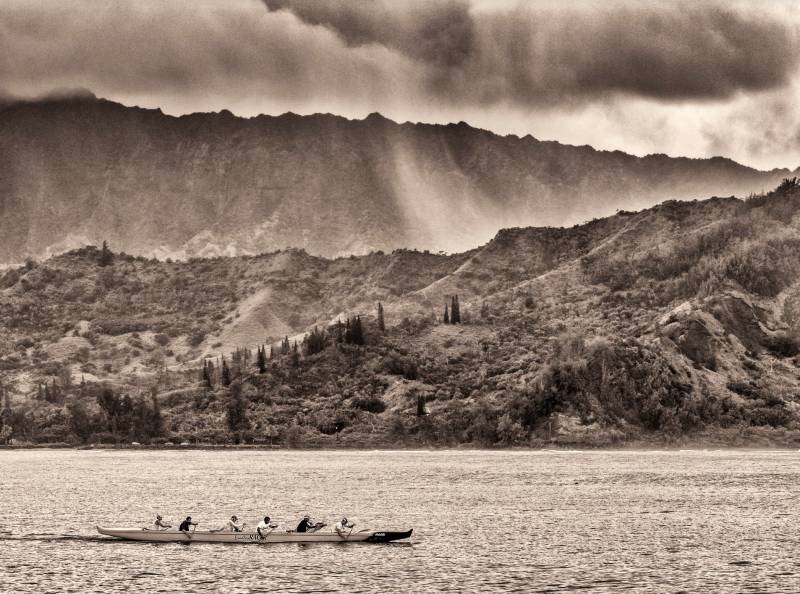 How my heart filled with joy when I discovered this, Julian R. Yates is my great Grandfather’s first cousin. Perhaps it was he that passed on that magic to me all those years ago at my very first practice.

Hanalei Bay will host the 2022 Island Championships on July 23rd starting at 8:00am. It will be an all-day event. The winners of this regatta will go on to compete at the 2022 State Championship on August 06th at Keehi Lagoon on Oahu. All are welcome to join. Hope to see you at the races! 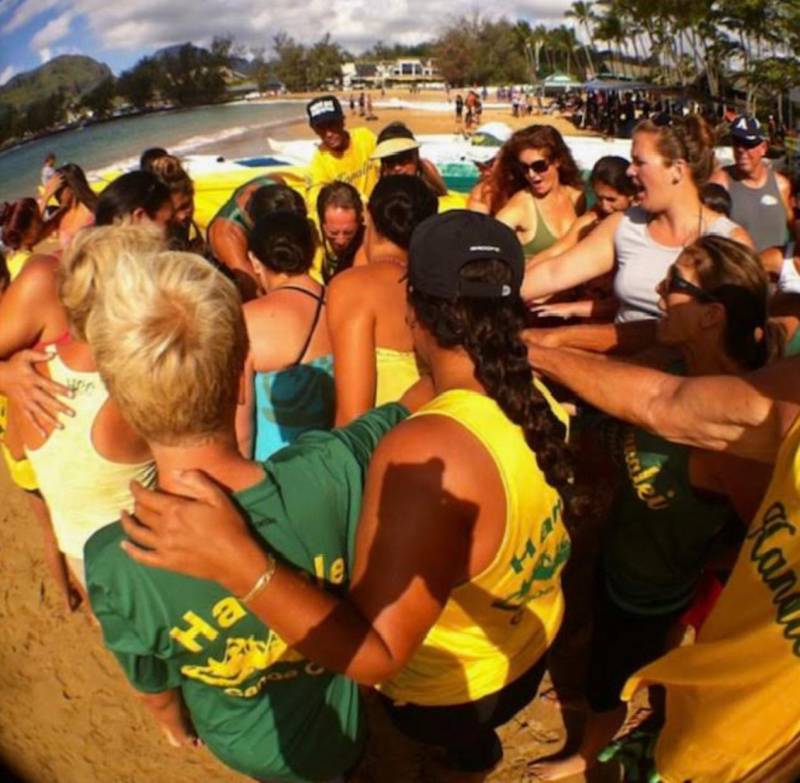 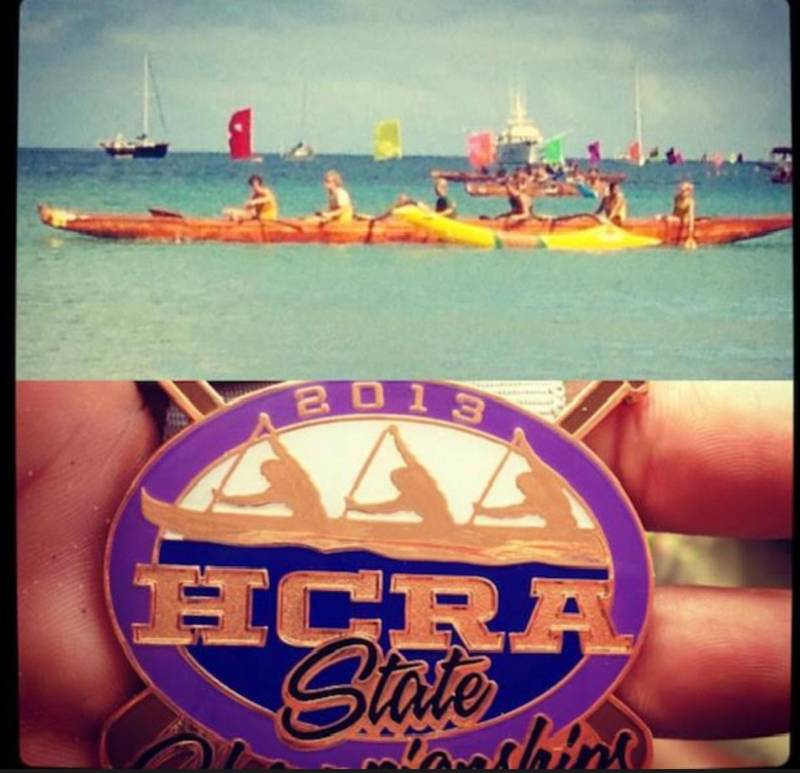 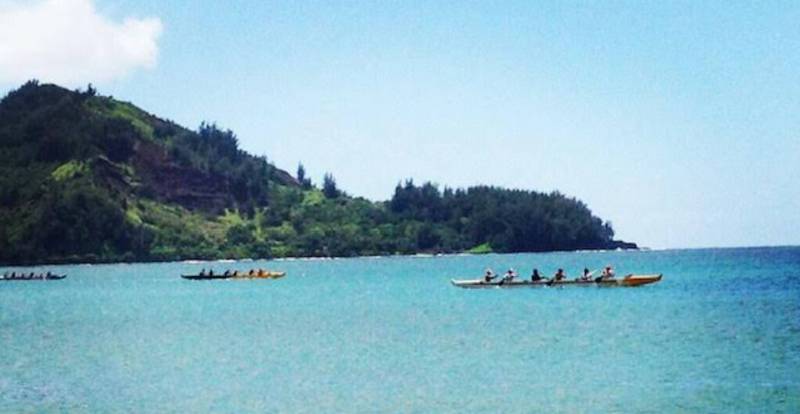 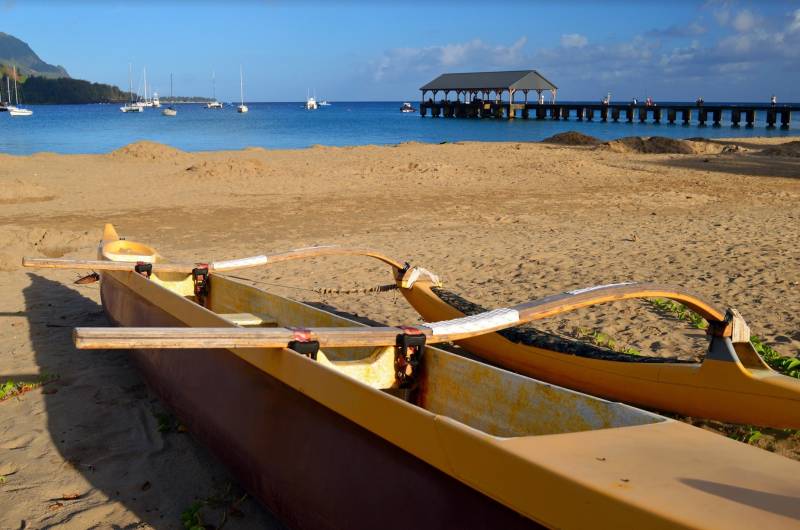 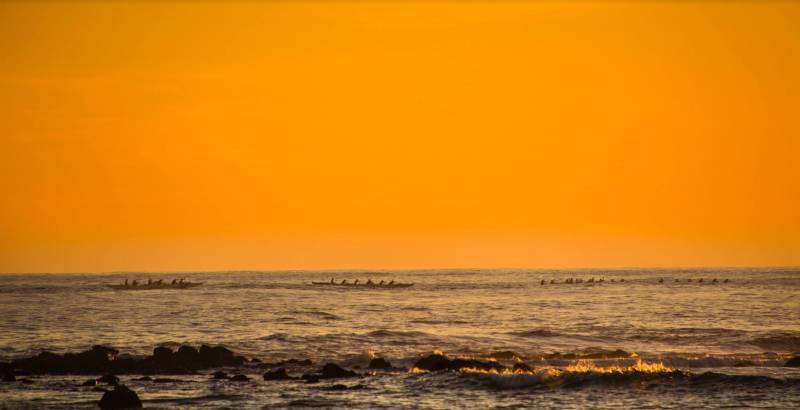 Neal, what an amazing history you have for paddling! I’m 60 and I’ve only been paddling here in Northern California for 4 years but it’s changed my life. The paddling o’hana are a special group.
Mahalo for sharing!

Curious about what makes the soulful surfer town of Hanalei so fashionable? Live like a local and find out for …

Hanalei Plantation Road is a dreamy place to live on the North Shore of Kaua’i. Nestled on a country road …