US Senator Brian Schatz introduces the “Native Act of 2016”

While planning a trip in 2009 to California with my hanai or “adopted Spanish daughter,” she asked me if we could see some Indians when we arrived. I grew up in the Los Angeles area and the only Indians I had ever seen were on a back-film lot at Universal Studios. I was speechless. After some vague questioning, I discovered her perception of the western United States was a mix of historical fiction and Hollywood films. Sort of like me looking for Don Quixote, Flamenco dancers, and bullfighters on the street corners of my new home in Spain.

He states, “The story of Hawaii should be in the hands of the local people, we ought to define ourselves in our own terms. Presently our hospitality and tourism sectors are owned by large non-Hawaiian corporations.”

Hmmm, could this explain why most of our “Hawaiian” souvenirs are made in China or the Philippines? Those large corporations are not looking for authenticity, but cheap trinkets to be sold to the unknowing. Ever been to a Hawaiian luau performance? Those fast-moving plastic grass skirts and leis are not reminiscent of the Hawaiian culture, but are a mixture of mass-produced accessories and Tahitian dance moves. Close, but not authentic. So I’m wondering; okay Senator Schatz, what’s your answer to massive consumerism which I fell victim to in Spain? “The Native Act of 2016,” (Native stands for: Native American Tourism and Improving Visitor Experience).

US Senators Brian Schatz and John Thune introduced The Native Act of 2016, which President Obama signed into law in the same year. The law gives our natives an opportunity to expand their local economies and share their authentic history and culture with the world. Who else would know it better?

Tourism in the United States is one of the largest and fastest growing sectors. Of course on Maui, now that our sugar cane industry is gone, tourism is definitely number one. According to Senator Schatz, visitors are increasingly seeking out a more authentic and historically rich travel experience. We say in Hawaii, “Let’s talk story.” What better way to continue our culture and heritage than to offer visitors an opportunity to talk story with locals. 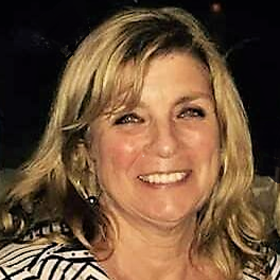 Linda McCormick is a REALTOR Salesperson with Hawai'i Life. Presently I work as a Sales Agent for Hawaii Life on Maui, Hawaii, selling primarily residential properties. I have bought and sold homes for remodel and renovation in both California and Hawaii for over 20 years. In a past iteration of my life I taught Business Classes at the UH Maui College and also at various universities in Barcelona, Spain. However, after graduating in Environmental Design from UC Davis I started my own Reconstruction and Renovation Company, IDI by Design. And here is where I got my “street shoes on.” I purchased homes for resale providing: design, construction plans, project management, fiscal management, with budgeting over $1 million in renovation work. I secured loans, made payroll, released bids, hired and scheduled sub-contractors, and met with inspectors for final sign off. I marketed the newly renovated homes by giving walking tours of the interiors, designing and publishing PR brochures and flyers, and holding open houses. Lastly, and best of all, I negotiated contracts for the sale and purchase of the residential properties. You can email me at LindaMcCormick@HawaiiLife.com or via phone at (808) 359-3227.

This is good news. I was hoping to hear they were making plastic leis illegal, but I guess that’s a story for another day.

Here’s a lot of oceanfront land for sale along Maui’s north shore, in Haiku and Huelo. I’ll take you on …

7 Reasons To Consider The Whaler On Ka’anapali Beach

Whether you are looking for a vacation home or an investment property, it’s hard to find a more desirable location …