Throughout the United States, county governments have dedicated funds to purchase and maintain land as open space for conservation, recreation, and historic preservation. Relative newcomers to the concept, each of the four counties in Hawaiʻi has created a similar fund via charter amendment, with Kauai and Maui pioneering in 2002, Hawaii County in 2006, and Honolulu County (Oʻahu) in 2007.

Here are links to each of those funds: 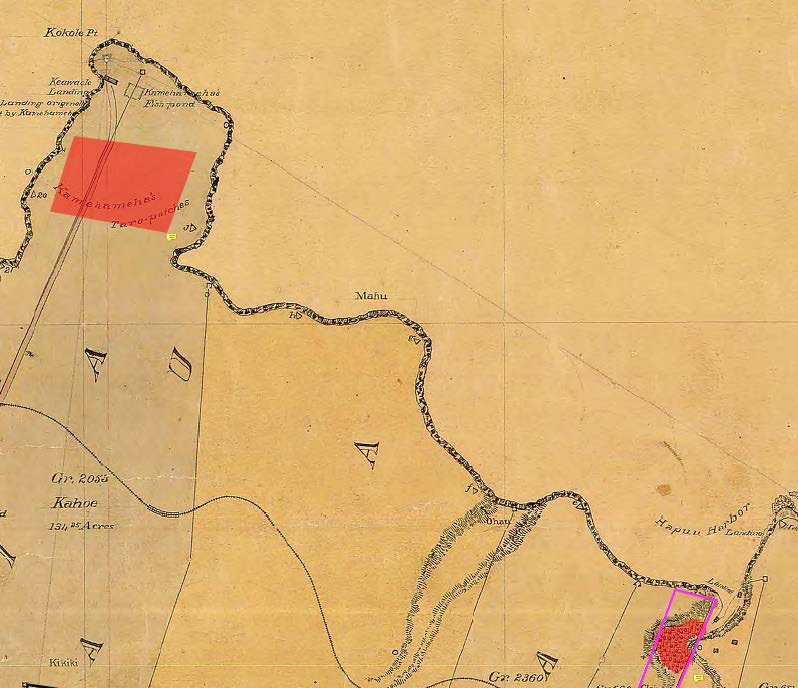 Map from 1897 showing section of North Kohala coastline approved for County Open Space Purchase. This is an example of documentation for the importance of these lands to the history of Kamehameha I.

In the face of inevitable continued development of the Hawaiian islands, there is no question that the residents of each island overwhelmingly support the protection of places that have important ecological, historical, cultural or recreational value. And there is no question that the property taxes dedicated to these funds have gone to protect important places. Hawaiʻi Countyʻs program has been the poster child for the process.

Hawaii Countyʻs Public Access, Open Space and Natural Resources (PONC) fund was approved and reaffirmed by public vote at 2% of property taxes, and later added an additional .25% for maintenance of the properties purchased. So far 14 properties have been purchased — in total about 4,451 acres. The total cost was $39.34 million, and PONC county funds were leveraged with $10.5 million in matching funds from the State and/or private land trusts and donations. 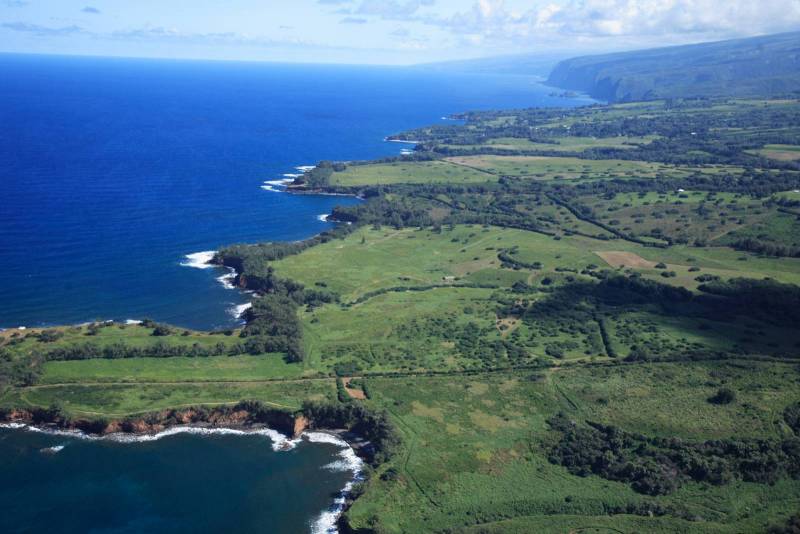 Aerial of the area in the historic map today. Kauhola Point in the foreground is preserved and County Resolutions are in place for the adjacent shoreline at Halelua, as well as Hapuu to Kapanaia Bay.

The Hawaii County Charter Commission is reviewing a proposal for the 2020 ballot asking voters to cut back open space funding to a total of 1% of property taxes, including both acquisition and maintenance funds. Other changes would allow the County Council to suspend the fund in “emergencies” or when “too much money accumulates”.

With the effects of the recent Kileaua eruption in the Puna district affecting the Countyʻs budget, it is easy to see why the $19.6 million in the PONC fund would be a tempting target. However, it was three years ago when I testified at the County Council meetings that resulted in approval of the resolutions authorizing purchase of the Halelua and Hapuu to Kapanaia properties to protect this stretch of coastline with undisputed conservation values – cultural/historical, recreational, and environmental. Only one of the properties has been purchased to date, and that was only achieved in April of this year. The remaining North Kohala properties already approved for purchase by the County Council have a value in excess of $10 million.

In other words, the balance in the open space fund is not for lack of property in need of protection. The County itself has been slow to spend money under its own process.

One of the other arguments made for reducing Hawaii Island‘s open space funding is that it is more than the percentages allocated on other islands. Ignoring the differences in the size of the property tax base relative to the protection opportunities, letʻs look at the other island briefly.

This year Maui County voters approved allowing their 1% fund to be used for maintenance as well as acquisition. The Council member arguing for the change explained that after the fund spent $9.5 million to purchase Hamakualoa, it took him another 2-1/2 years to get funding needed $75,000 for signage and fencing from other sources. Earlier preservation purchases on Maui include Waihee Dairy, Kaehu Bay, and Kawaikapu Preserve. There is $6 million currently in the fund, not a lot of money given land prices on Maui.

On Kaui, voters initially approved .5% of property taxes for their Public Access, Open Space and Natural Resources Fund, and then raised that amount to 1.5% ten years later and then voted to return to a lower amount as money has not been spent. While the existence of the fund reflects “Kauai residents’ desire that the island’s special heritage sites and experiences will be preserved, the environment protected, and recreation and access opportunities for all of the people will be enhanced and protected for all time,” it has proven difficult to identify willing landowners on properties submitted by the public for protection. 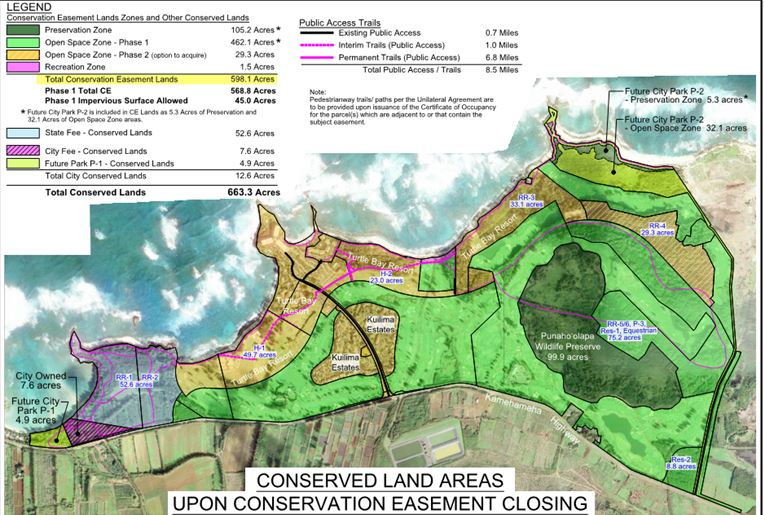 On Oʻahu, as on the Big Island, the City and County of Honolulu has successfully partnered with the state, federal government, and both national and local land trusts to leverage open space funding. Most notably, expansion plans at Turtle Bay Resort on the North Shore had for decades triggered community concern over the loss of lands with significant conservation values. The historic agreement reached in 2015 for $45 million, included purchase of 52.6 acres by the state and 7.6 acres by the City and County, and placed conservation easements over 600 acres owned by Turtle Bay Resort. More than 4.5 miles of coastline has been protected.

Conservation and development are two sides of the same coin. If you want to participate in protecting special places in Hawaiʻi, Hawaii Lifeʻs Conservation and Legacy Lands initiative is here to help.

Farmlands Living on Maui’s North Shore Imagine a sun-drenched bluff with native grasslands rustled by trade winds all around you, …

International Day of Charity 2022: Adopting CHANGE and Supporting the Efforts of the Hawai‘i Community Foundation

On September 5, 2022, individuals and communities around the world will observe the International Day of Charity. Declared by the …

The first Saturday in June is “National Trails Day,” established as a day of public service where individuals and organizations …

As Director of the Hawaii Life Conservation and Legacy Lands initiative, I regularly get phone calls and emails asking me …