Finding Your Bliss by Moving to the Big Island of Hawaii

There comes a time in life when you say to yourself, “When was the last time I felt blissfully happy?” Not, I’m-sipping-a-maitai-on-an-ocean-floaty happy, but the feeling of pure satisfaction with how, where, and with whom you have chosen to spend your life.

Inspiration For a Blissful Life

I recently attended the Big Island’s annual Waimea Ocean Film Festival, an incredible collection of some of the most eye-opening, authentic, inspiring films in the world today.

Among the offerings was a film by Patrick Takaya Solomon called Finding Joe. Never have I felt so inspired (and I used to be a motivational speaker!), so grateful for my life and so excited about the future as while watching Finding Joe at Waimea’s Kahilu Theater (located a short drive from the Kohala Coast). Do yourself a favor: watch this film and share it with those you love.

“We must be willing to get rid of the life we’ve planned so as to have the life that is waiting for us.” – Joseph Campbell

Some of the most content people I know are those who visited Hawaii on vacation and ultimately made the choice to stay. A great example are my in-laws. Beebe and Lew Freitas were living in New York City during the mid-60s, a time of great social unrest.

Lew tells the story that one day, as a professor at Columbia University, he opened a letter from the school’s chancellor addressed to those living in on-campus housing. While Lew looked out the window to see his wife playing ball with their toddler-aged daughter, he read the chancellor’s words warning residents to stay away from the windows because of stray bullets.

It was at this moment, he remembered the relaxed joy of their honeymoon in Hawaii and made the decision to find a way for he and his family to live out their lives in the beauty, peacefulness, and safety of Hawaii.

For some who love Hawaii, bliss comes from nature: waterfalls, the ocean, sunsets

For some who love Hawaii, bliss can be found through adventure: canoeing, paddle boarding, kayaking, diving, fishing

For some who love Hawaii, bliss is creating a Hawaiian home environment that nurtures the soul and permeates joy (MLS# 259969)

So, if life in Hawaii will lead you to finding your bliss, it will be my pleasure to help you make that happen. 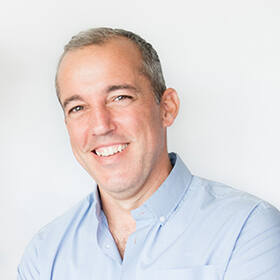 Loved the film! Great story Kathryn, about the in-laws too. The Wai’ula’ula Ridge condo house is beautiful and boats great views and privacy. Aloha!

Thanks, Pam. Yes, thanks for letting me include this lovely living room photo of your Wai’ula’ula listing for the blog! Keep up the awesome work at Wai’ula’ula! Kathryn

Loved the film! Great story Kathryn, about the in-laws too. The Wai’ula’ula Ridge condo house is beautiful and boats great views and privacy. Aloha!

Thanks, Pam. Yes, thanks for letting me include this lovely living room photo of your Wai’ula’ula listing for the blog! Keep up the awesome work at Wai’ula’ula! Kathryn

The road to Hana is an unforgettable day no matter how you do it; whether it’s with your family, your …

Sending a Warm ALOHA This Thanksgiving!

The holidays are just around the corner, and this is my favorite time of year! Gathering with friends & family, …