What’s it Like to Film an Episode of Hawaii Life for HGTV?

Do you wonder what it’s like to film an episode of Hawaii Life for HGTV? Are you a rabid fan of the show and wish you could be featured buying a home on Maui? Having been down this road twice now, let me shed some light on the process, and if you’re still interested, we can talk about getting you on the show.

Getting Prepared: Once my buyer clients have been given the green light to be on the show, we’ll all be notified and given a target date for filming. As the buyer’s agent, it’s my job to find suitable properties that match their criteria, and ask the owners if they’d like their listings to be on the show. This isn’t as easy as it might seem. While the homeowners might be excited to show off their home, they also need to get permission from any Home Owners Association or similar organization who might have a say in signing the Location Release form. It’s good to have an extra home or two signed up just in case there might be a snag along the way. During the search phase with buyers, it’s normal to see many homes, so I just started this conversation with each listing agent as we went along.

Meeting the Crew: The producers arrive on Maui and have their film crew with them, or round up a crew while here. The total crew consists of 2 producers, 2 people with large cameras, 1 person with sound equipment, and a couple of helpers to swap out batteries, lug the gear around, pick up lunch, and generally keep things organized. First off, the producers want to see the homes to gauge travel times, condition, surroundings, etc. My job is to arrange the preliminary viewing of homes, which means coordinating with agents and owners, and maybe tenants. Obviously, a vacant home makes this task easier. 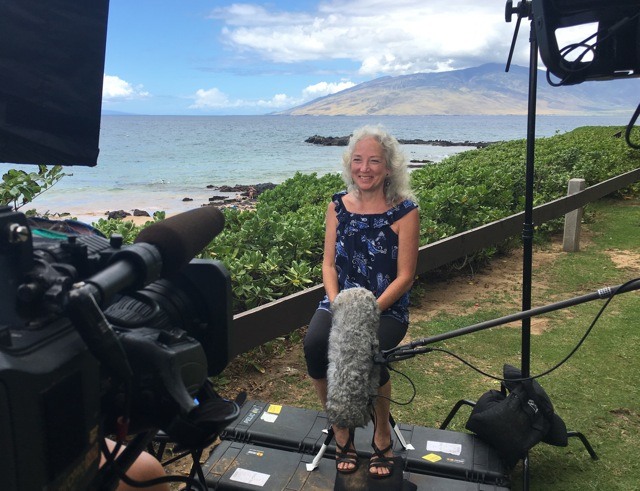 That’s me filming for Hawaii Life TV show on Maui

Lights, Camera, Action: The first day of filming is a call to be on set early, say 7:00 am at the first house. Each house is scheduled for about 3 hours, which goes by pretty fast. The buyers and myself get a clip-on microphone, and it’s good to remember that whatever you say can be heard by the crew. We’ll get some instructions about where to stand, where to look, and what to say or not say. General statistics of each home are touched on, and some highlights of each location or property too. Some scenes are shot outside the house with all of us, and then the buyers will get filmed inside the house as they walk through. There will be wide shots and tight shots every time, so we do have to repeat ourselves for consistency. Buyers will also have some Go-Pro scenes while they drive between homes. Other days are scheduled for meeting with the clients in a pretty spot or interesting restaurant. There’s a lot of down time between the actual filming, but when they say, “OK, we’re rolling,” you’d better be prepared to smile and start talking! If you flub it, no worries, just do it again.

Buyers are the Stars: Buyers will spend a couple more days with the crew, shooting some lifestyle scenes on Maui to let the viewing audience learn more about this destination. They’ll be discussing the properties and making their decision about which home to buy. Being on the show means you have to be available for 3 or 4 days, maybe more if needed. You’ll have to be on set early and have some changes of clothes handy. There is no hair and make-up person to help! We are on our own, but there’s plenty of time to primp. Don’t worry, they will make you look good in the final product. 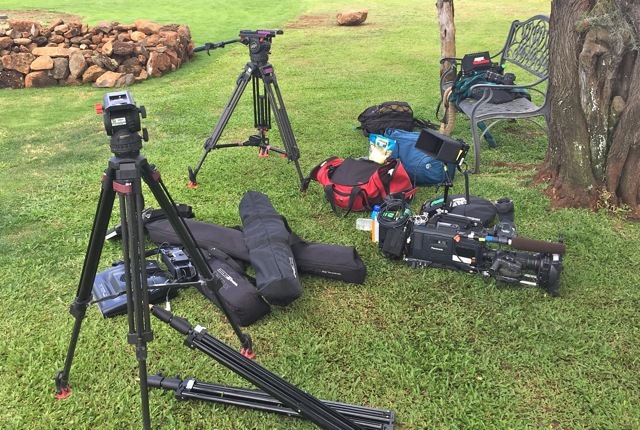 Filming gear for the shoot on Maui

It’s a Wrap: So, after an intense week of visiting properties and scenic locations, they have the shots they need. The weather has cooperated and everything went well. All the footage gets sent out to post production to make the TV episode, and the crew is off to the next job.

So there you have it. Every season they need more camera-friendly buyers who have recently bought a home on Maui. Are you ready to be the next HGTV star? 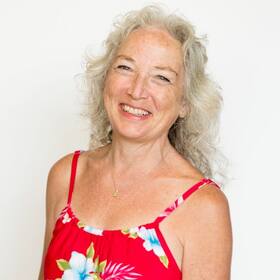 Georgie Hunter is a REALTOR Salesperson with Hawai'i Life. You can email me at GeorgieHunter@HawaiiLife.com or via phone at (808) 283-0635.

Very interesting! We’ve been watching Hawaii Life since the beginning and always dreamt about buying something in Hawaii, specially in Maui. We have traveled to Hawaii many, many, many times and visited all Islands but spent more of our time in Maui. Last year, we decided to invest in a vacation rental property and contacted Hawaii Life to guide us thru the process. Our agent, Stacy Sebastian, was a huge help and showed us lots of units in West Maui. She also appeared on Season 6 Episode 12 of the show but we didn’t know that until she told us because we asked about the show. Anyway… We closed last year in one unit at Naoili Shores and now we are closing again there on our second unit. Stacy is working with Alex Abreu from H L and they have been wonderful to us. It could have been fun to appear on the show. Perhaps when we buy our third unit!

I just read an article that people on the show looking for a new home on Hawaii already purchased the home at the time if filming. The are just going through the motions. Also scenes are re-shot and it’s mostly reenactment. That is incredibly disappointing and just misleading. It’s in fact unbelievably sleezy. Your show should be ashamed. It’s ridiculous. If you can’t film the reality don’t bother doing it at all. I’m a frequent traveler to HI and I can’t watch one of my favorite shows anymore. Disgusting behavior.

I’m wondering what the home buyers get for being on the show? Is there compensation or is it just the opportunity to be on tv?

@Ray – Buyers are not paid. Nobody is paid to be on the show. Buyers do it for the enjoyment and experience. They might get the benefit of a local activity or meal as part of the story line.

@Damien – I’m sorry you are disappointed in this TV entertainment show. I can assure you that both of the episodes I participated in were genuine and we filmed the reality of a home search with those actual homes.

The Private Community of Hokuli’a has been featured in Travel + Leisure article! Spotlighting 13 of the best places to …