The Harts are a young military family who recently PCS’ed from their Navy post in Bahrain to the island of Oahu. They spent their first three months living at the military hotel on Ford Island, where William works as an active duty service member in the United States Navy. 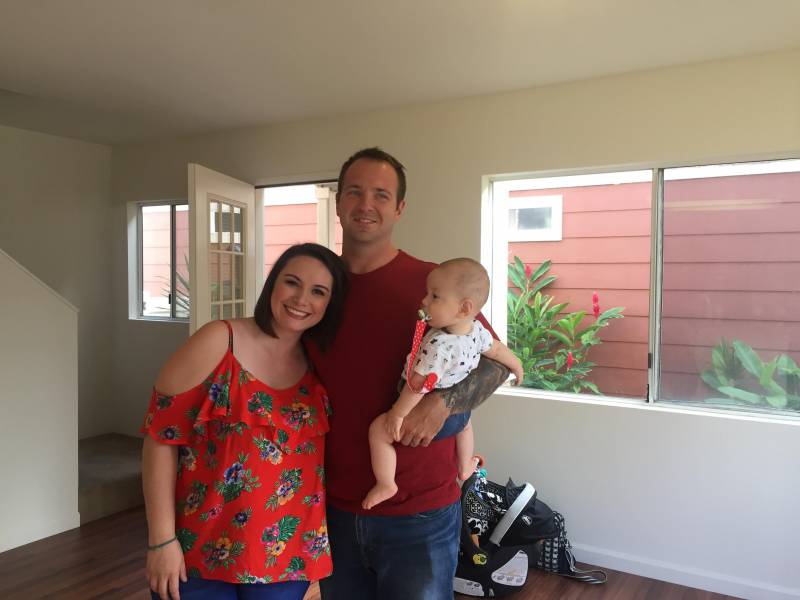 The Hart family on their house hunting expedition on Oahu

In search of a home in a quiet neighborhood on Oahu where they could enjoy the beach and plenty of outdoor pursuits, they sought the help of Hawaii Life agent Cathy Possedi in 2017. Cathy is part of our Military Specialized team, based out of Hawaii Life’s Ewa office. With their young son Eirik, now 15 months old, and with another baby on the way, the Harts spoke to us about their experience appearing on HGTV’s popular Hawaii Life program last year. 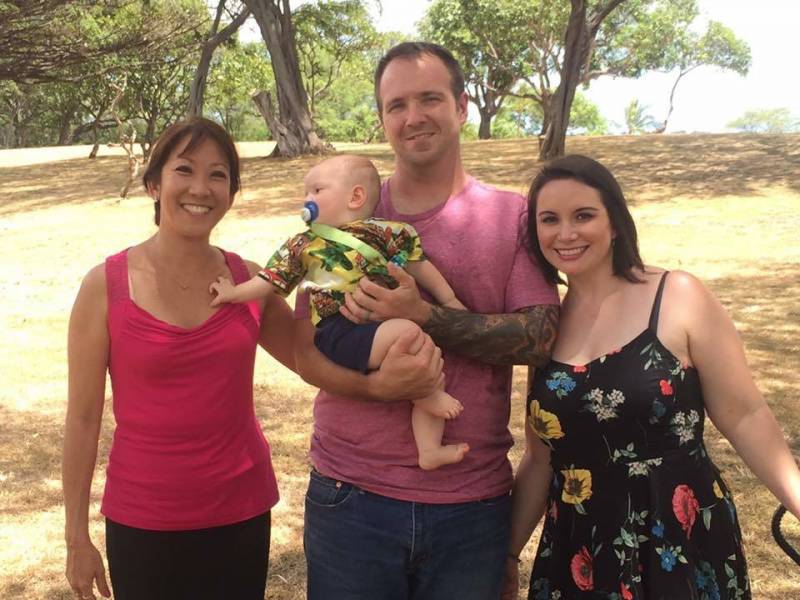 “We had the greatest experience. Truthfully, it was amazing,” said Kate Hart, a stay-at-home mom who is originally from Puebla City, southeast of Mexico City. (Readers will note that the Harts are named William and Kate, and they’ve jokingly dubbed themselves the “Makaha Royals” since their home purchase last year).

The Harts appeared in episode 9 of season 11 of HGTV’s popular program, which was shot over four days in May last year. Kate said about the experience, “The crew was super nice. Eirik was about 7 months old, so they were accommodating when I needed to take a break to feed him.” The first three days of shooting were focused on house hunting, while the fourth day saw the Harts surfing as a family, as well as riding a train from Kapolei to their new home in Waianae. “The last day of shooting activities was much more chill and relaxed,” noted Kate. 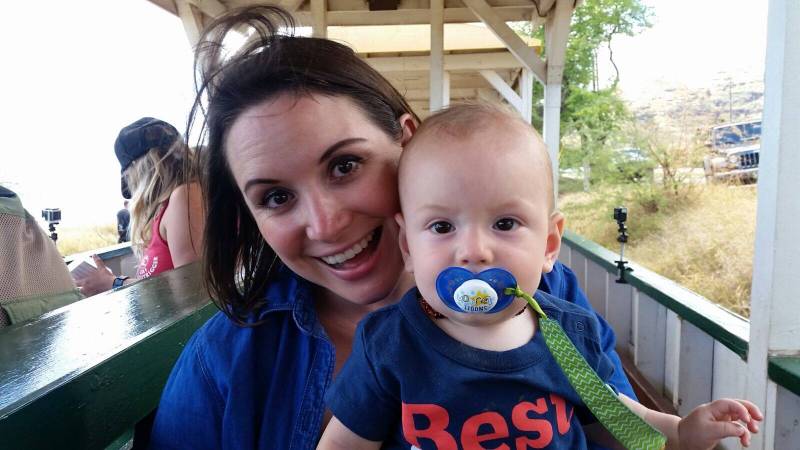 Kate loves to travel and experience other cultures, so she was excited about their move to Hawaii, with all its diversity. She was also happy to enjoy the warmer weather and Hawaii’s mountains. Kate is no stranger to sunshine and volcanoes, having grown up in the shadows of nearby Popocatépetl, an active stratovolcano located in the state of Puebla in Mexico. Unlike the humid tourist hotspots most people think of, Kate grew up accustomed to the dry heat and cooler mountain temperatures of her hometown.

The Harts chose a single-family home in the Waianae area. Their 3-br., 2.5 bath home boasts a spacious covered lanai, a 2-car garage, an open-plan kitchen and living area, and best of all, it’s just a mile away from Makaha Beach. “We wanted to live in a clean, open space away from the crowds. Here we have a view of the mountains, the beach is nearby, and we have a green yard for the kids,” noted Kate. While they looked at two other properties in Ewa and Waianae, the house they ultimately purchased had the largest square footage of any of the homes and came entirely solar powered. Their solar panels are helping to keep their Hawaii electricity bills very affordable. 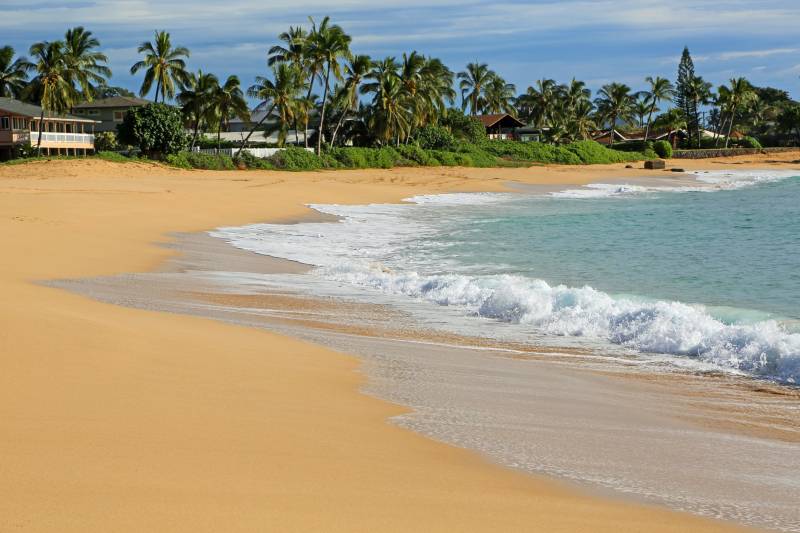 Regarding the sales transaction and their experience with Cathy, Kate said, “I couldn’t praise her enough. She was truly outstanding and super helpful when we were house hunting and closing. You can tell she really cares about her clients. Our closing experience wasn’t the easiest, in part because the seller wasn’t located in Hawaii.” Without the cameras rolling, the couple had made two unsuccessful offers on other properties before their third offer was accepted on their Makaha home. The third time was the charm, according to Kate.

“At all times Cathy was walking us through what’s to be expected, what’s the next step, etc. And she was always “on our side.” I say that because sometimes agents might brush you off or make you feel like you’re wrong or irrational. Never with Cathy! Up to this day we keep in contact and consider her an extended part of our Ohana. She really went above and beyond to find us the perfect house and to make sure it was everything we wanted for our Ohana.”

After several years spent overseas, the Harts’ extended family was excited to see the episode, since, for some, it was the first time they had seen young Eirik. “Our friends and family couldn’t believe it! We couldn’t say anything to our family until the show was about to air. When it was released, we told them to tune in to see us. Our family hasn’t seen very much of us because we’ve been overseas for the last 4-5 years,” Kate pointed out. 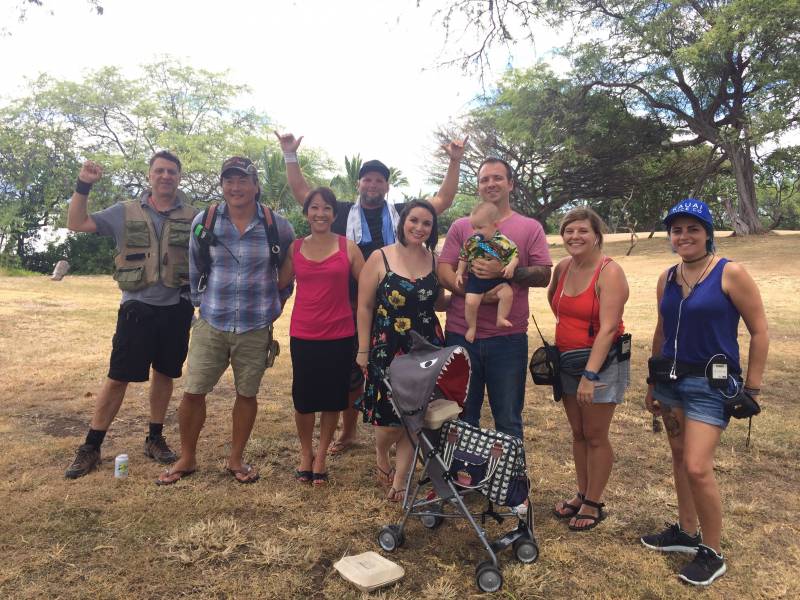 Kate’s tips for anyone considering an appearance on the program? “Just have fun! I am very outgoing, so it was really fun. My husband is more of an introvert,” she said. What surprised her the most? That each shot is filmed three times and that the show isn’t even loosely scripted. “They had to keep asking us to be more descriptive!” she said.

Kate warns that the filming process is a bit repetitive, but nonetheless, she was excited about the experience. “My motivation for appearing on Hawaii Life was to show my son when he’s older. They give you a DVD of your episode, so I look forward to sharing that experience with him since this is our first time living in Hawaii,” said Kate. 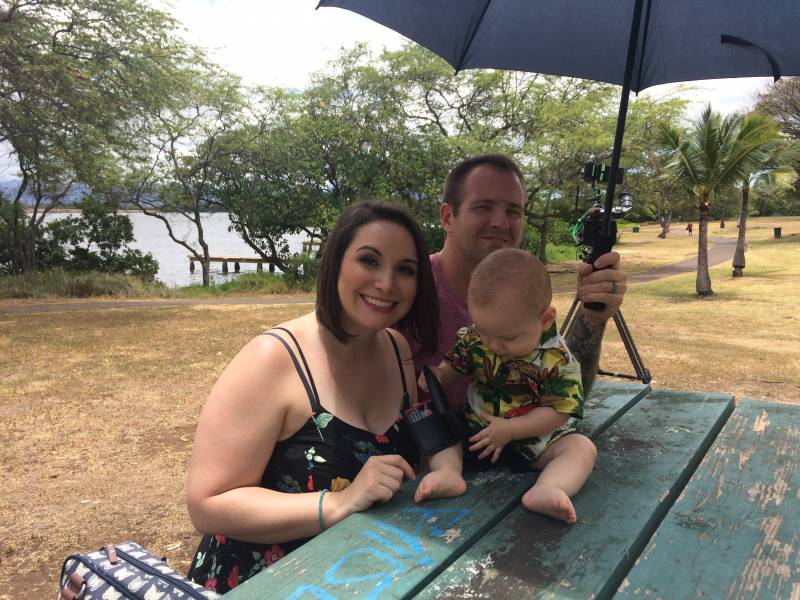 As for their Hawaii life, the Harts are enjoying their new home in a gated community in Makaha. After living in the military hotel on Ford Island for three months, they were able to move in and unpack after a quick closing on the property, facilitated by Cathy Possedi. “My husband works at Ford Island, so he has to time his commute carefully, but we love how quiet and uncrowded it is here,” said Kate. With Makaha Beach just a mile away, she’s able to entertain her young son with ease. The Harts will welcome their second child, a baby girl, to their new Hawaii home in just a few months.

If you’re interested in appearing on HGTV’s Hawaii Life program, we please send an email to hicasting2@gmail.com and include your contact details, information about what you and your family love about Hawaii, and why you’ve decided to buy a home inn the islands. For more information, please see our recent blog post Casting Call For HGTV’s Hawaii Life! 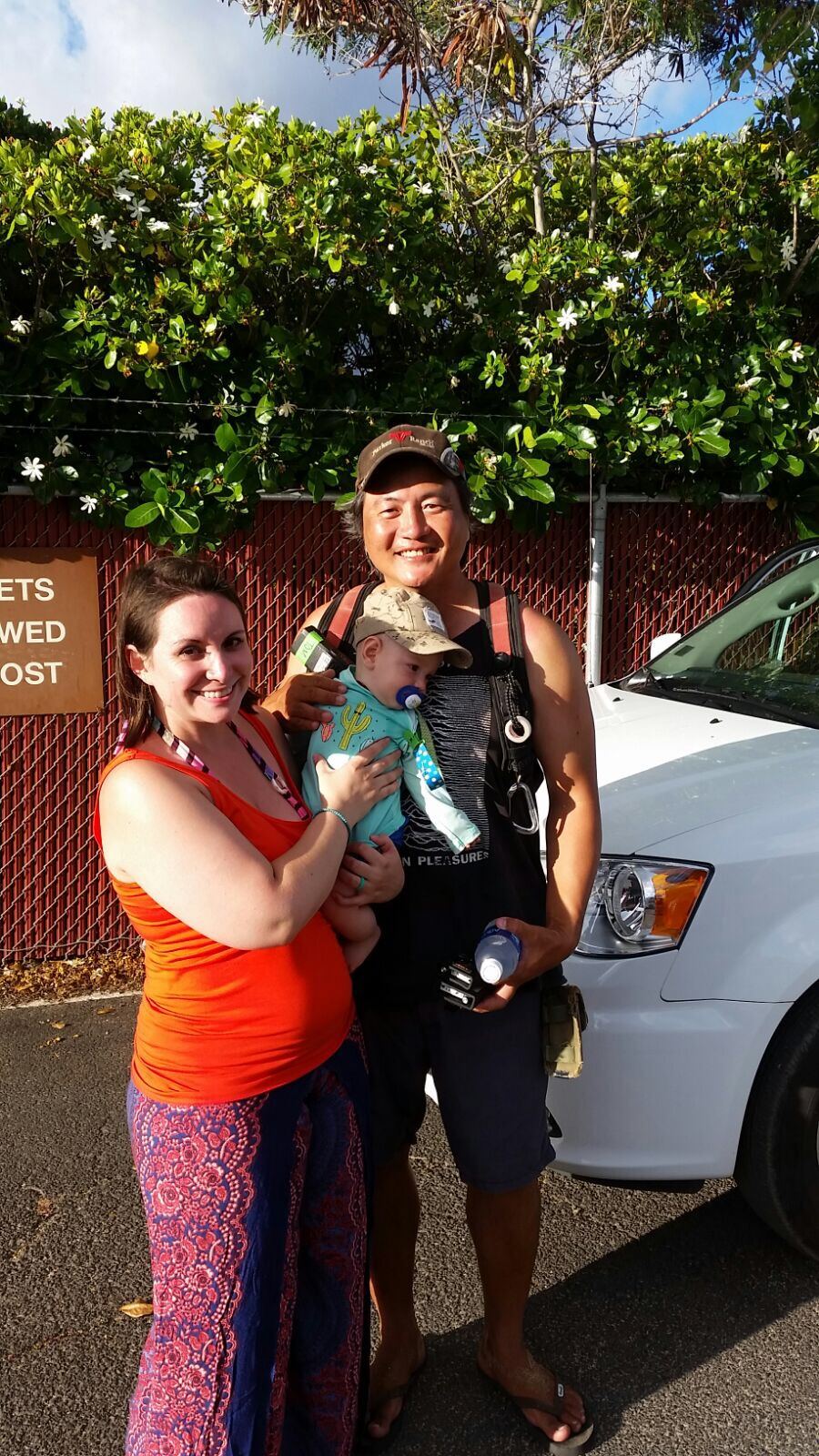 Kate Hart on set with her son Eirik and “Uncle Tom”, an HGTV crew member and one of many who Kate said “adopted” Eirik while shooting their episode.

VA Home Loan Myths & Facts Am I VA Eligible? VA loans are not only for veterans. Active Duty members …

Just listed in Ewa Beach! Don’t miss out on the opportunity to own an amazing townhome in the beautiful golf …

Stop imagining your life in Kahala, one of the most sought-after neighborhoods on Oahu and across the island chain. Now …