Where Will “The Next Kukio” Be? Hot Investments on the Horizon

Kukio on the Big Island’s Kohala Coast is one of the greatest luxury real estate development success stories in Hawaii over the past decade. It’s been called Hawaii’s Most Exclusive Community, according to Forbes Magazine. Prior to its inception, there were skeptics that said you wouldn’t be able to get people to pay that kind of money to be on a lava field in the middle of nowhere. Obviously, those skeptics were proven wrong. 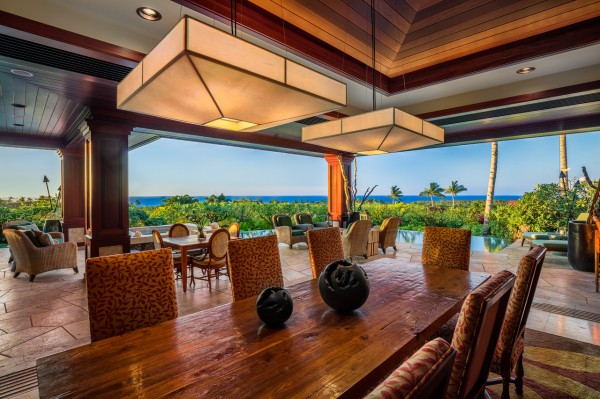 I’m excited to be attending Worthshop 5 this week on Maui. It’s the 5th installment of luxury real estate conferences hosted by our company and it’s a few days packed with great content and networking among the top luxury real estate brokers in the state of Hawaii (and beyond).

Over the past year, I’ve heard of so many up and coming luxury developments across the state. Within the broker community, I’ve heard a number of agents say “they are trying to be the next Kukio.” Here are some upcoming projects throughout the state and where the high net worth individuals may consider placing capital:

Following the success of Hualalai and Kukio, Kohanaiki is the next exclusive golf community on the Big Island. Lots are currently being offered as well as home packages. For golf enthusiasts, a Rees Jones course is one of the latest places to enjoy a day on the course.

The developer of Princeville was actively putting together an exclusive golf membership package to emulate Kukio, however, plans have been tabled as the equity partner recently backed out. This one could be worth keeping an eye on if it resurfaces as the North Shore of Kauai real estate is such a tight commodity.

There are some exciting offerings in Makena on the horizon. Lots have been trading at record prices and a recent home sold north of $40 million! Some lots have been fetching near $10 mil.

Neither are as isolated as Kukio or exclusive by any means; however, they’ve been billed as the latest “place to be” in the urban Honolulu corridor of Ala Moana to Kaka‘ako. 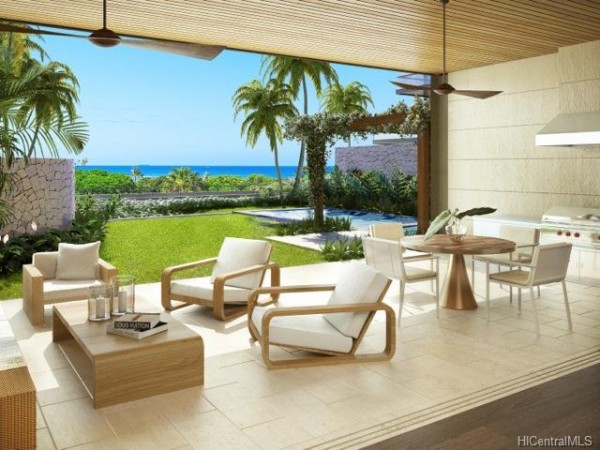 Park Lane is being developed by General Growth, The MacNaughton Group, and The Kobayashi Group (also helped develop Kukio). All three have had outstanding reputations for development in Honolulu, the most recent of which was One Ala Moana. 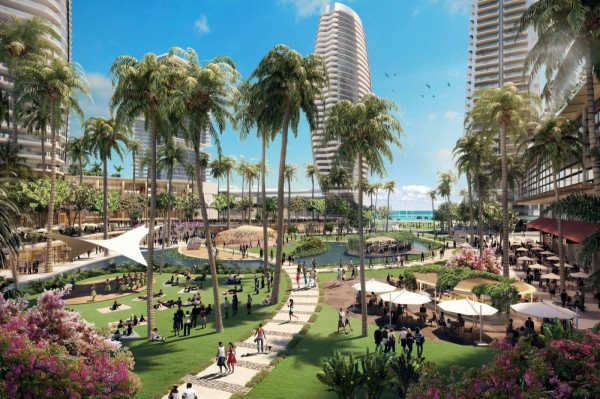 Rendering of the Village Green Park Near Gateway Towers

Gateway is being developed by the Howard Hughes Corporation and is also setting a new standard on the luxury highrise front. Designed by world-renowned architect Richard Meier, I won’t be surprised if buyers from across the globe will purchase a unit based on his name alone.

The Future of Luxury Real Estate in Hawaii

One thing for sure is none of these will end up being the “next Kukio.” I believe Kukio will continue to stand in a class of its own. However, all of these developments will ultimately define the luxury market in Hawaii in some shape or form. For example, many condo developers in Honolulu have talked about doing “the next Hokua” for years. Some of the same developers are involved in these projects and have learned what has worked and what hasn’t worked.

The luxury market is constantly evolving. Time will tell what the next buzz word is in luxury development here. In the meantime, I look forward to what the next few days have in store here on Maui…Going forward, feel free to contact me for more information on luxury real estate options across our great state.

Aloha Dave,
Thanks for the informative and interesting article! I guess I need to get over to the Big Island and check out Kukio.

Aloha Dave,
Thanks for the informative and interesting article! I guess I need to get over to the Big Island and check out Kukio.

Another Amazing Year for Puamana: Over $40M in Sales – Check Out My 2022 Year End Wrap-Up

We’ve had a stellar year in Puamana with over $40M in sales volume, although most of the sales were made …