What Are You Willing to Sacrifice to Buy a Home?

Are you willing to give up some things in order to buy a home? If you answered “yes,” you are not alone. A recent survey by Cinch Home Services, a home warranty firm, revealed the sacrifices respondents were willing to make in order to own a home.

What Buyers Would Give Upto Become Homeowners

A majority of would-be buyers were willing to give up alcohol and vacations for one year to become homeowners.  Dining out and shopping were also high on the list of willing sacrifices. Some respondents even said they were willing to give up their pet and seeing family. Clearly, the goal of homeownership is strong. So strong that a majority of respondents (60%), said that they would prefer to own their dream home prior to having children. Nearly 84% of those surveyed see homeownership as a major component to achieving the American dream.

Homeownership is indeed a part of the American dream and making sacrifices in order to purchase a home is nothing new. Most of us had to go without in order to save up for that first down payment. Mortgage payments have always come with trade-offs — fewer vacations, older cars, less wining and dining. Prices may be higher than ever, but interest rates are historically low, so homeownership is still achievable. You may have to make lifestyle sacrifices in order to own a home of your own, but based on at least one survey, people are still willing to do so.

Make the Dream a Reality

So, what are you willing to give up to make your dream a reality? Are you willing to make some trade-offs? If so, just know that those trade-offs are really trade-ups! Trade ups to your stability,  your security, your financial position, and your overall satisfaction. 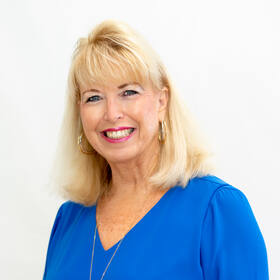 Unit 10-C at the Commodore

Are you looking for a spacious condo in the heart of Hawaii Kai? Consider the Commodore. It is truly one …