What is Hawaiian Pidgin??

If you’ve ever been to Hawai’i, you may have noticed certain words that locals use that you weren’t familiar with. Phrases and words like “da kine” and “bumbai” may have flown over your head like a mynah bird (which I think should be the state bird because they’re everywhere – but that’s a discussion for another time). The slang, or “pidgin” that you’re actually hearing, is a result of the unique melting pot of ethnicities and cultures that have made up the overall local culture in Hawai’i over the years. A lot of it stemmed from the plantation days in the late 1800s and early 1900s, when immigrant workers and supervisors came from varying countries such as Japan, the Philippines, China, Korea, Portugal, and Spain. Combined with English and the Native Hawaiian language, a hodgepodge of slang started to be formed, taking certain words from different cultures and combining it into what is known as pidgin today. 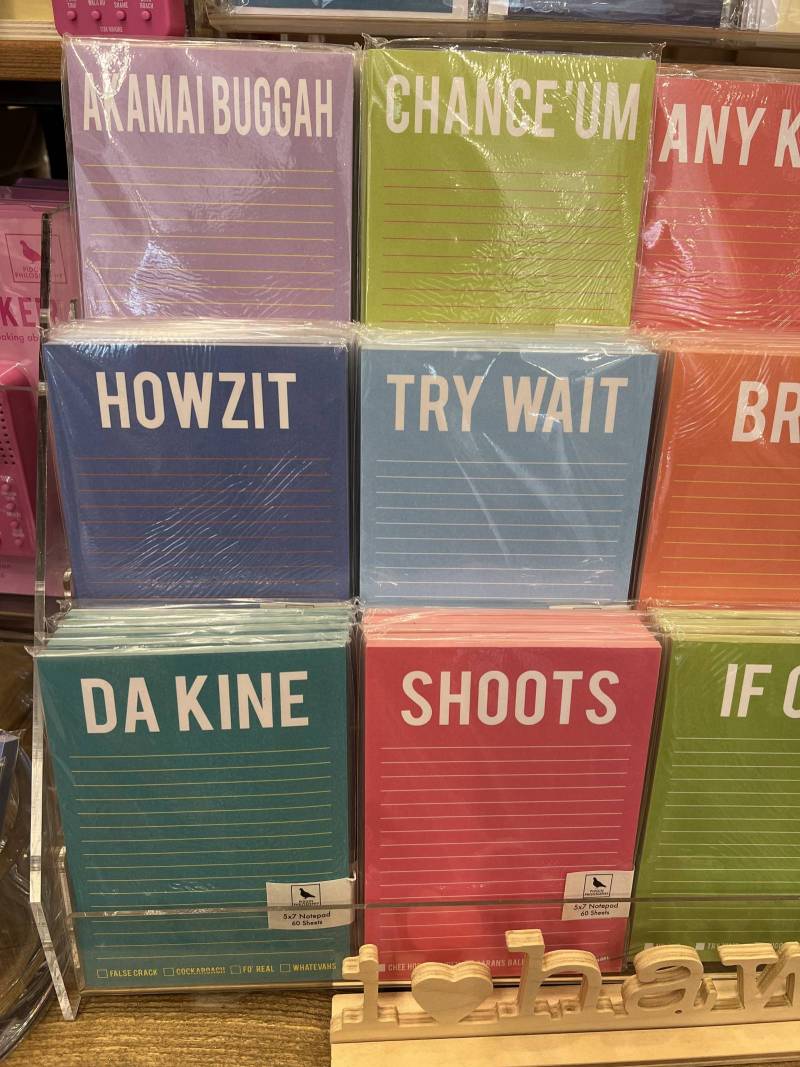 Being born and raised on Maui, I grew up using certain pidgin words without giving it a second thought. It wasn’t until I went to Whitworth University in Spokane, Washington that I had to be conscious about speaking proper English or else run the risk of not being understood. I’ll never forget going to Subway in Spokane for the first time and telling the worker that my sandwich was “pau” when she asked if I wanted anything else (pau means that something is completed or done). Her deer in the headlights look spoke loud and clear. Another funny story is when my friend from college visited me on Maui during winter break, he overheard my dad and my uncle talking pidgin. He turned to me and said, “I didn’t know your dad knew Portuguese.” I laughed and replied, “Phil, they were speaking English.”

Experiences like those made me realize how foreign pidgin can sound to visitors. Thus, I love educating people about pidgin and local Hawaii culture as a whole, as I am proud to have born and raised here. In fact, I’ve been doing a series on social media called “Talk Pidgin Tuesday” for the last couple of years, in which I explain a lot of pidgin words and their meanings. I don’t do these to teach visitors how to “talk like a local” per se, but in the hope to create a greater understanding and respect for the local culture here, and for visitors to be able to recognize the words when they hear locals say them.

Below are a few commonly used pidgin words and their meaning:

Da kine: Literally translated into “the kind.” A very flexible phrase when referring to people, places, or things. Often used as a filler when the speaker is still trying to think about the specifics that they are talking about. Example – “Eh you know, da kine..George I think is his name?”

Shoots: Commonly used either as a “goodbye” or when the speaker is in agreement. Example – “Shoots, see you later” or “Shoots, that sounds good.”

Bumbai: Means “otherwise,” “or else.” or “later.” Example – “Eh, you better watch out bumbai you going fall down!”

Habut: Variation of the Japanese word “habutero,” meaning to be grumpy or resentful. Example – “Steve gets all habut when he doesn’t get his way.”

Holoholo: To cruise around, or wander without direction. Example – “Eh, we go holoholo on the West Side on Saturday.”

Rajah: Comes from the word “roger”, used when the speaker is in agreement. Sometimes ended with “dat” (roger that). Example – “We go surf today? Rajah dat!” 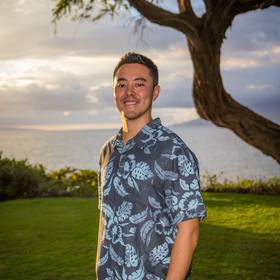 Jordan Kamikawa is a REALTOR Salesperson with Hawai'i Life. You can email me at JordanKamikawa@HawaiiLife.com or via phone at (808) 264-4123.

Here at Hawai’i Life, we are thrilled to support this year’s Maui Film Festival as returning sponsors. Taking place under …

Happy Aloha Friday! Summer is hitting a stride! The ocean never feels better than on these hot days beachside! The …

Come build your dream home! This is an incredible opportunity to purchase 34 acres at an elevation of 500′ with …