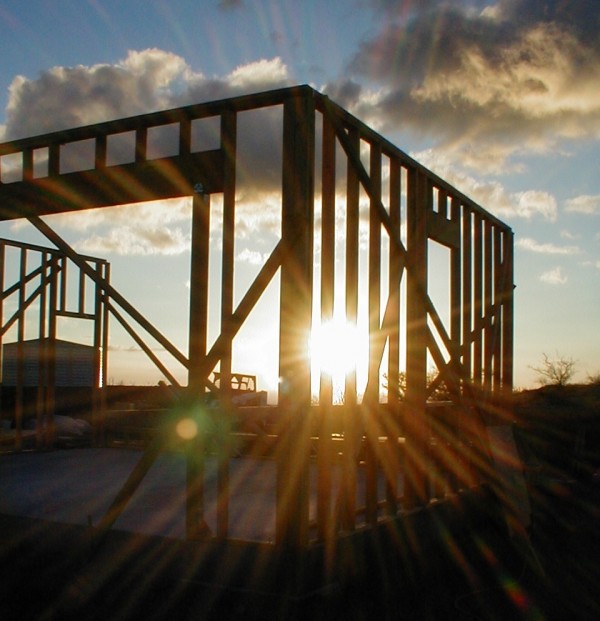 Here is a look at the 4 lots currently listed for sale in Waikoloa:

Sales in 2013 have been fairly slow this year with a total of just about a dozen lots sold so far this year. A look at the sales prices shows that there has been a large variance in price from a low of $55,000 to a high of $127,500.

Here is a look at Waikoloa lot sales so far this year: 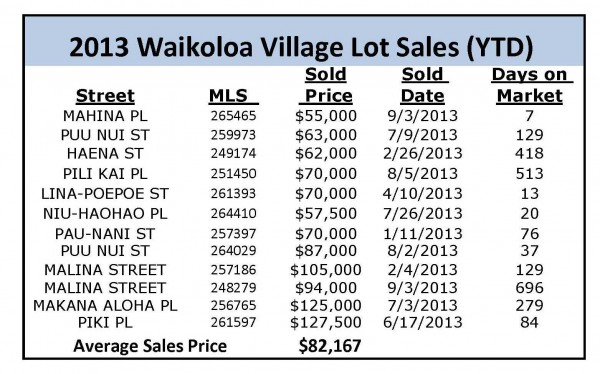 As recently as in the mid 2000’s, there were still many vacant lots throughout the Waikoloa Village area. But, in the last housing boom, most of these lots were bought and quickly built upon. Prices went soaring – hitting a peak with some sales in the $300’s in 2005 and 2006. 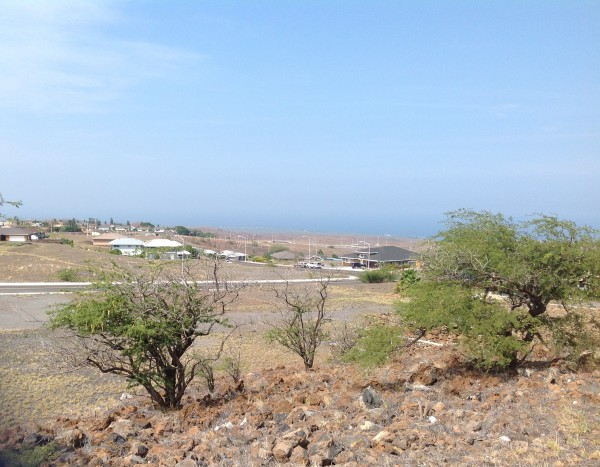 When home prices started to drop in the midst of the 2008 financial melt downs, Waikoloa prices also began falling. By 2010, most lots were again selling under the $100,000 mark. But, it again looks like that price is history with the newest listings all being in the mid $100,000’s.

Because Waikoloa now has a fairly limited number of vacant lots left, supply and demand will play a large role in setting prices for lots. So, I think most likely that future sales will continue to rise upwards. I’ll check in again at the end of the year.

I love the Big Island! Aloha

Pat, once again you have demonstrated how well you know your market! I’m seeing the same rise in lot prices in North Kohala.

Pat, once again you have demonstrated how well you know your market! I’m seeing the same rise in lot prices in North Kohala.