The images of Hawaiʻi that exist in the collective imagination of the west often involve volcanoes. Travel industry posters meant to steer tourists towards Hawaiʻi during the mid-twentieth century often featured images of Hula girls, surfers, and beautiful mountain backdrops often 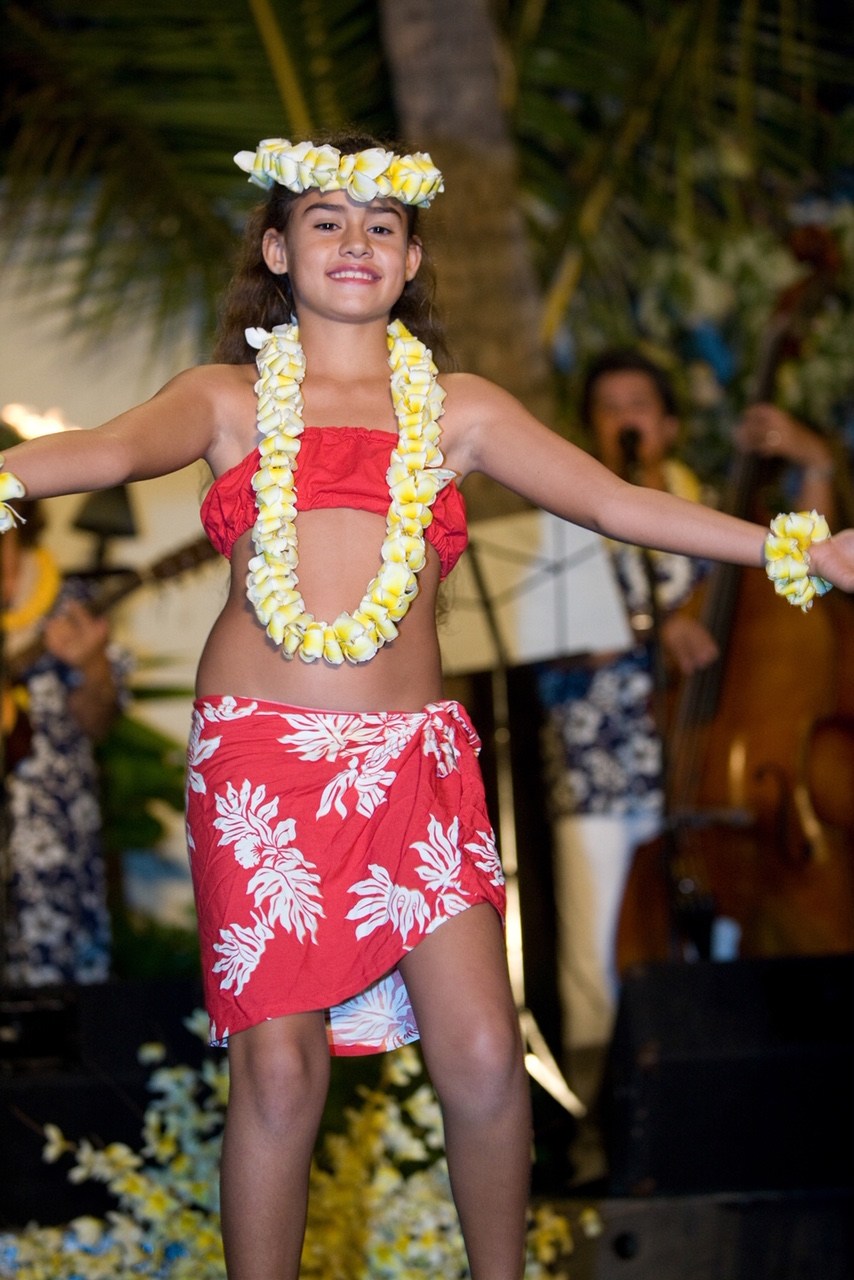 with gurgling volcanoes in the distance. Newcomers to Hawaiʻi might quickly ask themselves where these volcanoes depicted in popular culture are.

In Hawaiʻi, the only active volcano where lava can be seen boiling over from deep beneath the earth is near Hilo on the big island of Hawaiʻi. However, the remains of the ancient volcanoes which created all the land from Niʻihau to Hawaiʻi Island can still be seen throughout the state. On O’ahu’s East side, the ancient volcanoes remain in the form of the Ko’olau mountain range and its foothills.

While driving along the east shore, a mountain range looms over every town from Waimānalo to Kahuku. A short scenic drive through Waimānalo takes your breath away and transcends you into another world…if not for just a moment. This mountain range is the western wall of two great calderas that once existed. The more northern caldera lies where Kāneʻohe Bay sits today, while the southern caldera sits where Waimānalo now sits. The eastern walls of both calderas have eroded into the sea; however, their remains now exist in the form of the islands which dot the east shore. More defined, smaller calderas can be viewed in Hawaiʻi Kai. These calderas now exist in the form of Hanauma Bay (now a nature reserve and snorkeling destination) and Koko Head Crater (now a popular hike). 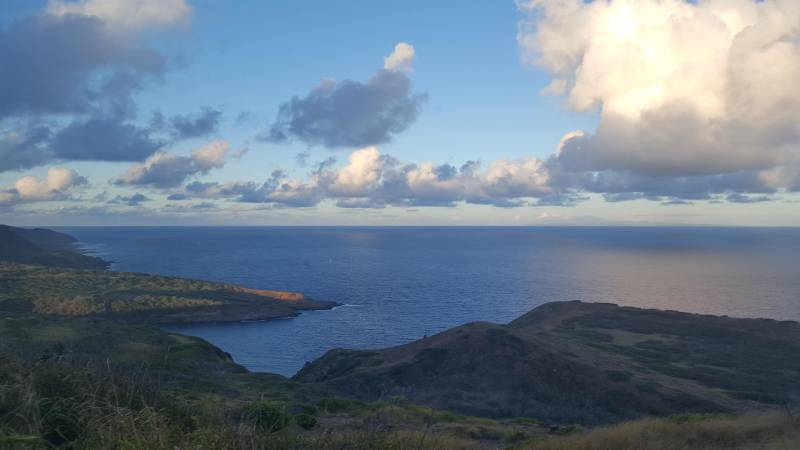 The Ko’olau mountain range offers a wide array of hikes, which allow one to appreciate the mountain and its ancient volcanic remains from many different perspectives. Whether you appreciate the mountains from the lighthouse at Makapuʻu, the lookout at the Pali, or from the cliffs at crouching lion, its valleys and bays shine majestically among a distinctly volcanic backdrop. 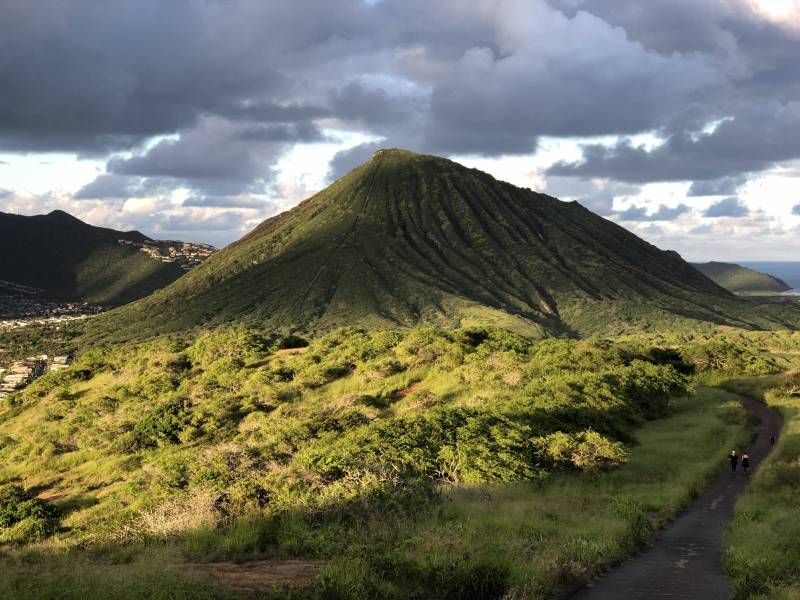 The Hawaiian islands were born from a hot spot in the earth’s crust, which lies deep below the ocean. For this reason, all of the land in Hawaii is what remains of these ancient volcanoes. Every beach, waterfall, peninsula, valley, or plain in Hawaii was formed by centuries of rain wind and waves, carving and eroding the volcanic landscape into the tropical paradise that we enjoy today. Although the form and shape of these volcanoes is often lost within the urban and suburban landscapes, a practiced eye can begin to discern how each fold of the mountain relates to the chasms from which magma once erupted. Understanding this aspect of Hawaiʻi’s natural history greatly enhances the experience of exploring these islands. Whether enjoying Hawaiʻi’s beaches or hiking deep in the Ko’olau mountain range, the occasional reminder that the land on which we stand is the body of an unimaginably massive and powerful force of nature, can add wonder and awe to daily life in Hawaiʻi.

What Lies Clearly at Hand in Real Estate and in Life

Do you ever feel overwhelmed with the stuff of life? Discouraged? Weighed down? The noise and negative news coming at …