“Tell Me More About That…”

Wisdom for Communication With Compassion

>I recently had a conversation with a client who told me that their home market had declined by 13-15% in the last few months. Since their market was in a state of free-fall, they were going to put their Hawaii home search on pause until things (hopefully) stabilized.

Now, I happen to have relatives and close friends in the real estate industry in this particular market. A precipitous drop like this surely would have elicited a text message or two. As I read the email, I remembered a great line that a wise mentor of mine shared with me: “Tell me more about that.”

All of us go through life operating from a set of beliefs, assumptions, and perspectives — some of which we accept without much thoughtful consideration. We’re convinced of things that, well, maybe ought to be given a second thought.

Shifting from “What” to “Why”

“Tell me more about that” is a fantastic line that shifts from “What” one is convinced of into “Why” they have that position. It’s not a combative or confrontational statement, but one of humility and desire to better understand the other. Dare I say it’s a loving statement.

The point of me waxing philosophic is that, as one who consults with Buyers and Sellers for a living, I had a choice to:

A) Accept my client’s statement at face value and move on
B) Argue that there’s no way the market has dropped by that much
C) Try to learn more about how my client arrived at that belief.

Thankfully I remembered my mentor’s advice and replied back to my client, “Wow, a drop like that is substantial! I can understand why you would want to hit the pause button. If you don’t mind, tell me more about those numbers. Are you seeing that based on final sales prices in the neighborhood? Or is that based on cuts to list price?”

As we continued to dialogue I learned that values weren’t declining in the neighborhood, but there were price cuts due to the rising interest rates. Final sales prices were continuing to increase (albeit at a lower rate than earlier in the year) and homes were still selling. I also learned that the percentage of decline from list price to final sales price were not as extreme as initially portrayed.

The point isn’t to try and convince anyone to do something. As a Realtor, I have zero interest in convincing someone to do something they don’t want to do themselves. The point, as a real estate consultant, is to educate, advise, and resource people so that they can make educated, wise, and strategic decisions with their real estate.

I hope this resonates in some small way. If so, I’d invite you to “tell me more about that.” 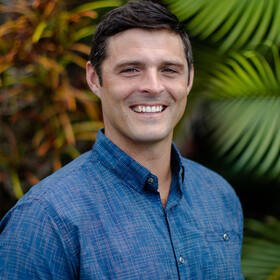 Dave Ronning is a REALTOR Salesperson with Hawai'i Life. You can email me at DaveRonning@HawaiiLIfe.com or via phone at (808) 430-4835.

Healthcare on the Big Island of Hawaii

The Big Island of Hawaii, also known as Hawaii Island, is the largest and the youngest of the Hawaiian Islands. …

Driving into Hokulia is an awe-inspiring experience. Expansive views along the Kona Coast layered by rolling fairways along the Jack …