The Rich History of Kahoolawe

The History of Kahoolawe Island & Our Experience

When we first moved to Maui, some parts of Kahoolawe island were still used for practice bombing. Military base camps were situated there and the Navy had to use those camps for military exercises. Needless to say, it wasn’t a very lovely sight, which sparked the Kahoolawe protests against the government.

Kahoolawe history starts with the attack on Pearl Harbor that caused the island to be designated for target practice. In 1976, Members of Protect Kahoolawe ‘Ohana (PKO) was formed. After the constant efforts of PKO resulted in legal actions and litigation, it was President George Bush Sr. who ordered the stop of the bombing of Kahoolawe in 1990. 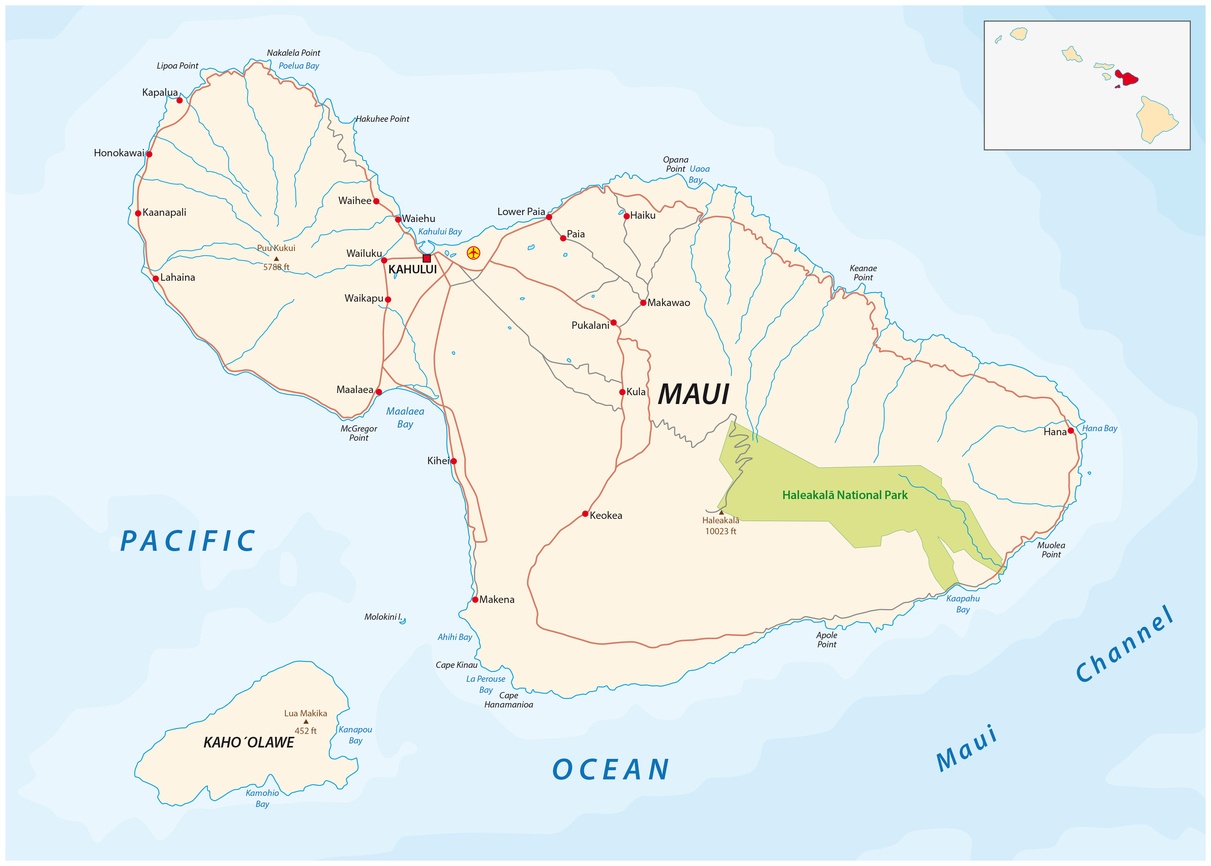 Map of Maui and Kahoolawe

Kahoolawe (pronounced kah-hoh-oh-lah-wey) is a deserted island in the Hawaii Island chain, about 7 miles southwest of Maui. Kahoolawe is the smallest of the Hawaiian islands (the others being Oahu, Maui, Kauai, Molokai, Big Island, Lanai, and Niihau). The island of Kahoolawe is 11 miles long, and only 45 square miles in total. In the past, Kahoolawe island was inhabited by a small number of native Hawaiians, but was never densely populated, likely because of the lack of fresh water. During World War II, Kahoolawe became a bombing range for the U.S. Military. Finally in 1990, the military ceased live bombings, and today the island is protected to reestablish plant life and to preserve native Hawaiian culture.

What was known as the “Kahoolawe Nine” first made the landing on the island to start revolutionary protests against the use of Kahoolawe for bombing practice. Among the nine brave souls were George Helm and Kimo Mitchell. George Helm was the active advocate who would frontline their protests, while Kimo Mitchell was always there as a back-up. Both had vital roles in the movement, and were both passionate with what they were fighting for as a team.

Like all other protests, the Kahoolawe Nine had to face challenges while they were fighting. They were met with politicians’ deaf ears and people’s inaction to what was happening because they were afraid of the government. The movement was pretty much like fighting against a giant wall, but the challenges were never enough to stop them.

Both Helm and Mitchell had their own strengths when it came to their fighting cause. Helm, being a good singer, used his distinct singing voice and musicality to connect to people, especially the natives. He used his beautiful falsetto voice to make people understand why they were fighting the Navy. Mitchell, on the other hand, was a man of the ocean. He grew up on the shore where he spent most of his life swimming and catching fishes for dinner.

Helm and Mitchell didn’t literally spearhead the movement of pushing military bases away from the Hawaii island of Kahoolawe, but what happened to them definitely opened people’s minds to what they were fighting for. Their quest for justice when the government seemed to be deaf and apathetic to their movement resulted to their disappearing in 1977.

Helm and Mitchell went on the seas to rescue some members of their movement, which resulted to them going missing. They were never found, which resulted to more people joining the movement they started. Their death is an unfortunate event which everyone mourned for; nevertheless, it opened people’s eyes to what was really happening in the Kahoolawe islands, resulting to a stronger protest that later on led to real results.

The Kahoolawe protests then drove the government to take action, and soon the military bases were taken out of the islands. It could have been done before lives were taken, but it doesn’t change the fact that the islands were given back to the people of Hawaii. Kahoolawe played a big part in Hawaiian history because of what it has gone through in the hands of the Navy and their bombing practices. 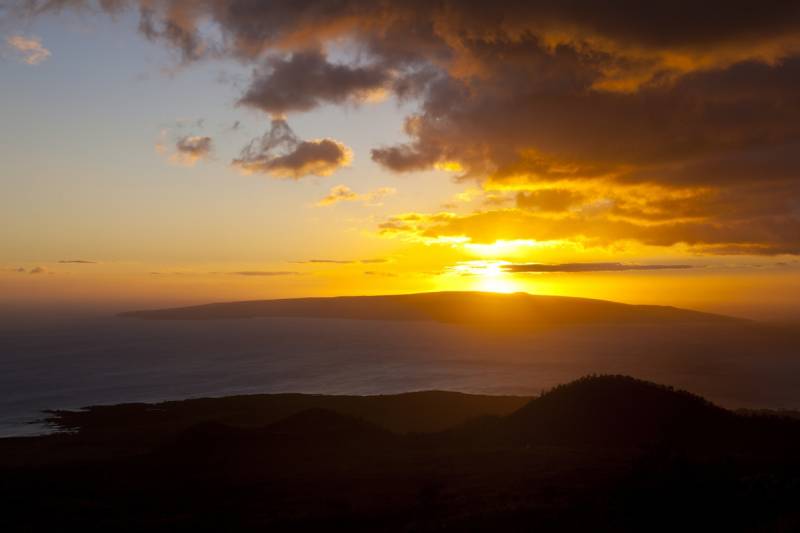 Sunrise over the island is Kahoolawe

Ted and I originally moved to Maui in January of 1984, shortly after we were married; neither myself or my husband had ever been to Maui. We committed to living here for one year and agreed that if we didn’t like it we would move back to the Mainland. At that time, Kilauea had just started erupting again and that in itself was an amazing event.

We had no idea that the military still used Kahoolawe for bombing practice. At night you could see the flares going off over the islands, and the flashes of light from the bombs. It was an eery feeling to say the least. In 1988, while we were members of the Pacific Whale Foundation, we used to volunteer for snorkeling trips and share our knowledge of the Humpback whales migrating to Hawaii every year.

Also in 1988, we had the opportunity to volunteer for a clean-up trip to Kahoolawe island and remove trash that had accumulated on the shores of the island. Because of all the years of military practice, there were still chances of coming across unexploded ordinances.

Each group of Kahoolawe volunteers was accompanied by military personnel to make sure if anyone discovered any of those type of devices, the military escorts would handle that. It was a very interesting trip. They provided large nets along the beach for us to put the trash in. When we were done, the military sent in helicopters to carry out the nets of trash.

Hindsight being 20/20, I wish we had the opportunity to take photos of the uninhabited island. It was quite an experience and we feel honored to have ever been allowed to go on the island. 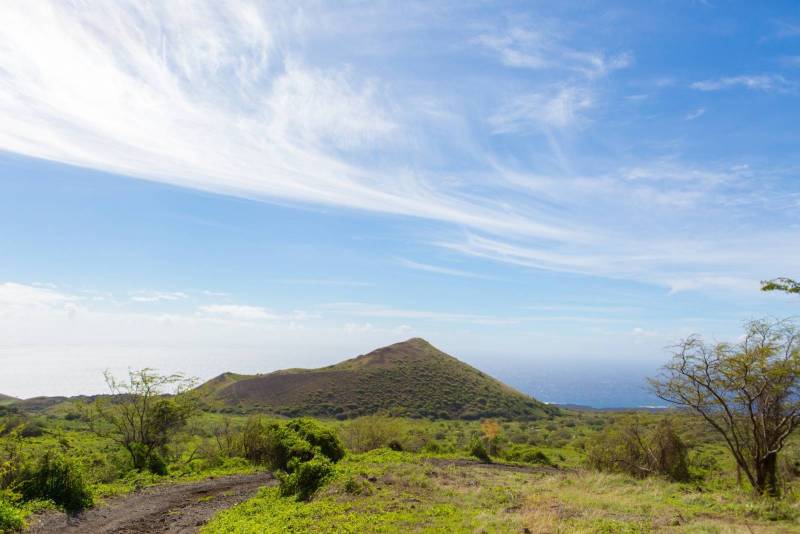 The Kahoolawe Island Reserve Commission (KIRC) was established by the State of Hawaii in 2003 to preserve the land until the island can be transferred to native Hawaiian management. Some of the most important goals of the KIRC are to restore wildlife populations and preserve the sacred spiritual and cultural heritage of the island.

Community involvement is extremely important to the mission of the KIRC, and if you would like to volunteer, please follow the KIRC Facebook page for up-to-date events and volunteer opportunities. Another way to support the important efforts of the KIRC is through donations, which directly helps protect Kahoolawe for future generations.

If you’re interested in learning more about the island of Kahoolawe, or are looking for property in Hawaii, give us a call today at 1-800-370-3848.

Thank you for your interesting and informative article about Kahoolawe Island. It’s a sad bit of our country’s history. I sincerely hope that the efforts to restore it are successful. And that it’s a lesson learned so that it might stop other senseless destruction on this amazing planet God has loaned to our keeping.

I intended to send you this very little word to finally give thanks again for those remarkable basics you have shown on this site. It was really particularly open-handed of you to provide freely just what many of us might have sold as an electronic book to help with making some dough on their own, even more so now that you could possibly have done it in the event you wanted. These points also acted to provide a easy way to comprehend other people have the same interest the same as my personal own to see way more around this condition. I think there are a lot more pleasant moments in the future for folks who browse through your blog.

Makena Surf’s Personal Appeal Growing up on Maui, I remember countless summers exploring these beaches in front of Makena Surf. …

Discover Your New Lifestyle at Puamana, Maui, With This Stylish Two-Bedroom Townhome

Discover your new lifestyle in Puamana: A two-bedroom townhome at 15 Puakukui Place #2 is now available for full fee-simple …

Happy Aloha Friday! In an effort to keep you informed of what’s happening on Maui, take a peek at what …

Dining in Lahaina Town in Maui

I have been lucky enough to call Maui home for the past 20 years. We have always lived on the …