While the residential real estate market in Kohala was up in 2020 in both number of homes sold and prices, the same cannot be said of vacant land sales. Both the number of transactions and raw land prices from Hawi to Kapaʻau were very similar to 2019 and lower than in 2018. 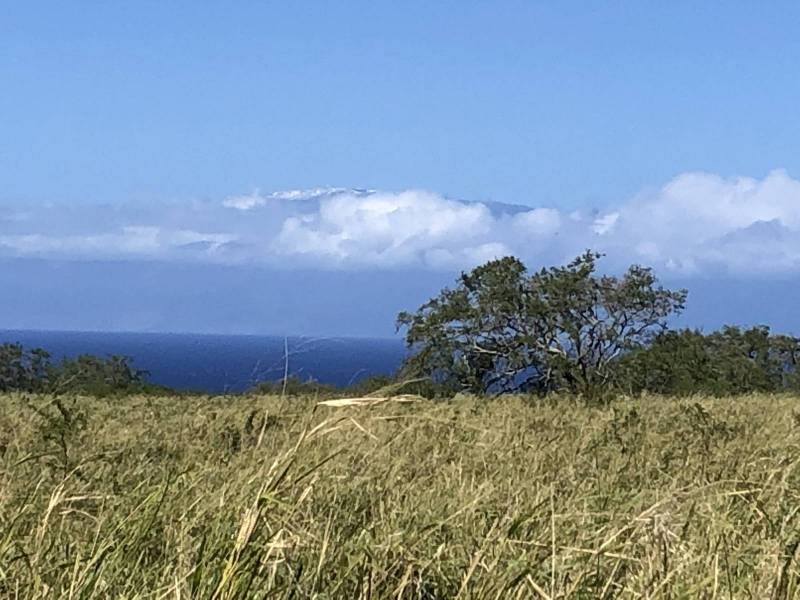 Views of Maui and sunset are one of the features of the homes and lots at the Puakea communities. This was a rare sighting of snow on the summit of Haleakala.

Most of Kohala is zoned Ag-20a, meaning a minimum size of 20 acres, so newer subdivisions tend to have lots of that size. Parcels around 20 acres continue to sell for a bit under $600,000, meaning prices on comparable lots were stable.

The whale watching is fine from the oceanfront park enjoyed by owners at Puakea Bay Ranch.

The most expensive vacant land property that sold in 2020 in Kohala was my listing of 485 acres in Makapala that sold for $2,625,000. The same buyer also purchased the surrounding lands formerly belonging to Surety Kohala that had been foreclosed in 2012. The newly created Hookipa Ranch totals approximately 7,000 acres that will remain in agricultural use as a legacy family holding. 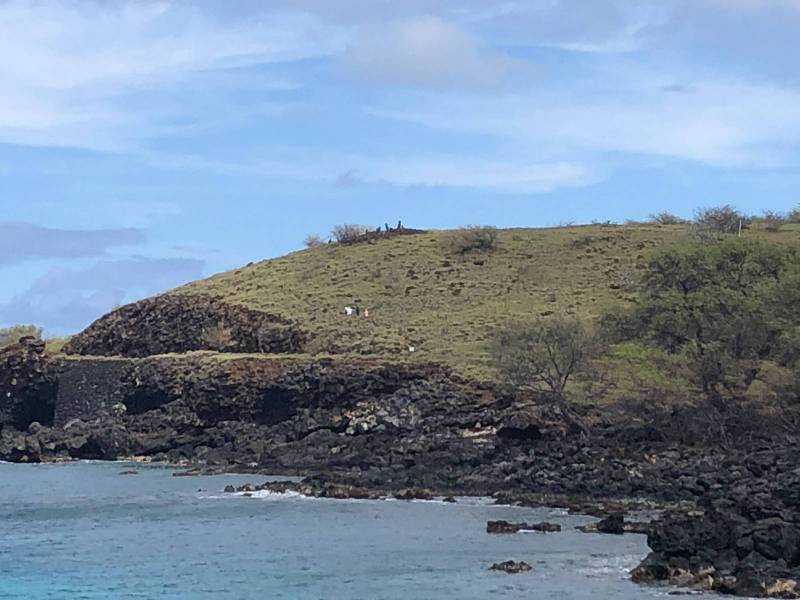 The remaining lands that were part of the 2012 foreclosure are the 642 acres at Mahukona on the Kohala Coast, that is a top priority for conservation. While the properties both oceanside and above the highway have been nominated for preservation purchase, there is a scenario in which a private buyer could have a home there while still placing conservation easements and/or donating the majority of the lands with conservation values for tax benefits.

There were no sales of oceanfront parcels in Kohala in 2020, although my listing of the 93 acres at Kapanaia remains in escrow waiting for the County PONC fund to complete its purchase for open space and preservation of the Kapalama Heiau. There are several oceanfront land holdings or parcels currently available, with pricing from $1,950,000 to $14.8 million.

Others are not officially listed for sale, and some almost-oceanfront might be better than oceanfront. Let me know your criteria, and we will find the right lot for you!

On the entire island of Maui, there are currently 9 active land listings valued under $500,000, with the lowest priced …

The sale of this newly listed property includes 5 separate, fee-simple lots next to Twin Falls on Maui’s North Shore. …