3 Misconceptions About Buying Property on Oahu

I got a call this past week from a Buyer in Ohio on a listing of mine. She’s thinking about relocating her family here, however, in spending a good half hour on the phone with her, there were a handful of misconceptions she heard about buying property here. Some of which I’ve heard and some I heard for the first time. 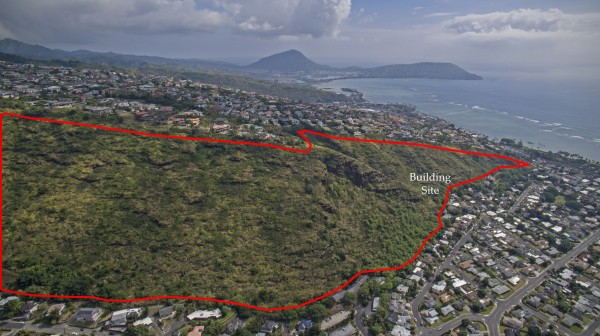 Here’s a summary of 3 that were brought up:

1. You Have to be From Hawaii to Own Land in Hawaii – False

If I had a dollar for every time I heard that, I’d be….rich! The truth is anyone can purchase Fee Simple property in Hawaii (as long as they can afford it). I think the misconception stems from what people have heard over the years regarding Leasehold property (where you don’t own the land – only the improvements) or past inquiries on DHHL (Department of Hawaiian Home Lands) properties. Those properties are also leasehold. However, unlike typical leasehold properties where anyone can buy the improvements, DHHL Leasehold properties and resales listed in MLS are only eligible for those with a certain % of Hawaiian ancestry. The good news is 90% of the properties listed today are Fee Simple! You can also filter on our website to eliminate Leasehold listings. 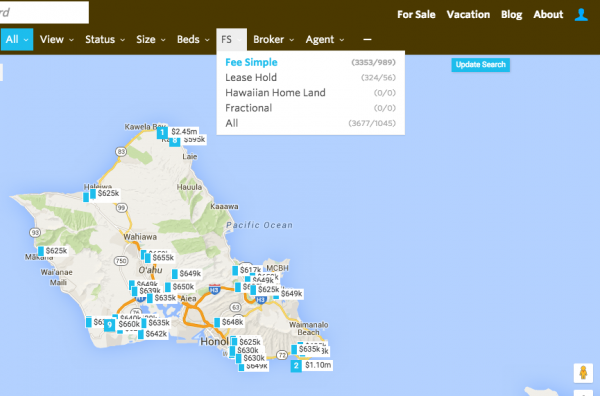 As you can see, the majority of the properties for sale are Fee Simple

2. If You’re Not From Hawaii, You Have to Pay Higher Property Taxes Than Everyone Else – False*

Up until recently, everyone paid the same rate for residential property tax on Oahu. Whether you were born and raised here, moved here from the mainland, or lived in Japan, we all paid the same rate. What has changed recently is the rate for non-owner occupants on properties with assessed values of more than $1 million. This is the City and County of Honolulu’s new Residential A Classification.

Up until this point, we’ve had some of the lowest property taxes in the country, which I’ve written about in the past. We still do. Even though Residential A takes the rate from .35% to .6% for non-owner occupants, it’s still lower than a lot of other places! In addition, let me remind you it’s for non-owner occupants. For instance, if someone is Hawaiian, born and raised here, and they own an investment property worth more than $1 mil, they’ll pay the higher tax rate just like someone from the mainland or a foreign country. 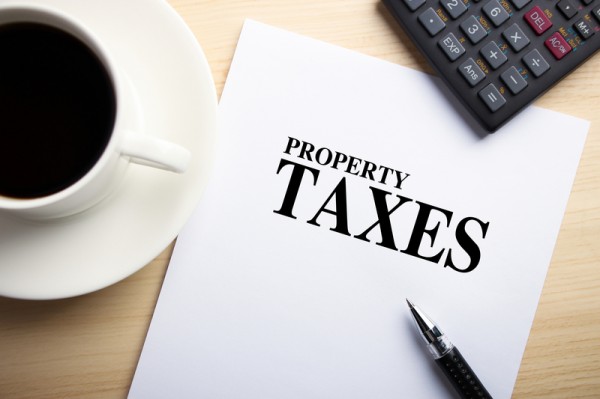 *Although I sell property for a living in Hawaii, I always recommend you consult your CPA or Tax Advisor for tax advice 🙂

3. Honolulu is An Un-Healthy Place with Too Many Smokers – False

I beg to differ on this one. It’s quite the contrary. Hawaii is always ranked near the top of the country for healthy living and lifestyle. Here’s an article a colleague wrote about how we were ranked #1 in the country for well being. If you read the article, we’re also known for our low smoking rate. Hawaii leads the country on several smoking fronts. We’re also the first in the nation to raise the minimum age to 21. 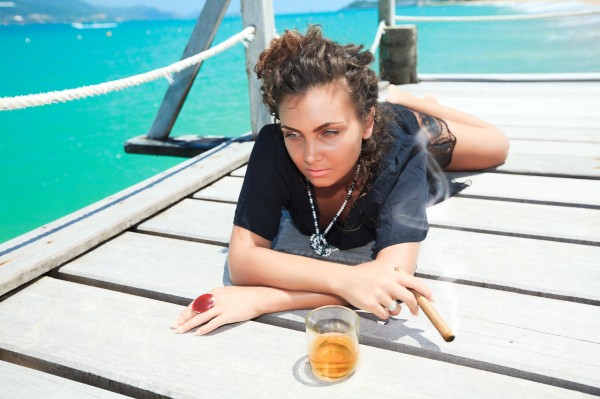 Hawaii definitely isn’t known for too much smoking. Not your typical scene…

Not only are you not allowed to smoke indoors in public places, you can’t smoke within a certain vicinity of entryways to buildings. Once I explained this to the Buyer from Ohio, she said, “Ah – that makes sense! All the people I saw smoking were on the sidewalks in Downtown Honolulu.” They weren’t allowed to smoke indoors or near the entry, so they went to the street as that was the only “allowable” place nearby.

Instead of hearing rumors or misreading something online, you need to speak with a Realtor on the ground to find out the real story. Having been born and raised here, I’ve heard all kinds of misconceptions over the years…Believe it or not, there’s still people on the mainland that don’t know we’re part of the United States! I remember traveling in high school and meeting a number of people that literally thought we still live in grass shacks!

When you’re considering purchasing a property on Oahu, feel free to contact me for more information to get the real story of what’s happening on the ground and put the misconceptions to rest.

Are these real misconception? I have never heard of these and I can’t imagine why anyone would actually think any of this was true. Why would someone think that you have to be born in Hawaii to buy land there? I guess it’s a good thing you cleared these things up.

Are these real misconception? I have never heard of these and I can’t imagine why anyone would actually think any of this was true. Why would someone think that you have to be born in Hawaii to buy land there? I guess it’s a good thing you cleared these things up.

@Drew – Yes. These are real misconceptions. All 3 were from one buyer. The first 2 I’ve heard many times over the years, however the smoking one was a first for me. Mahalo, David

@Drew – Yes. These are real misconceptions. All 3 were from one buyer. The first 2 I’ve heard many times over the years, however the smoking one was a first for me. Mahalo, David

It’s sad that public land sales is allowed within the Hawai’ian islands. The Kanaka Maoli are the true people of the land. Hawai’i was illegally overthrown and land stolen. So, if you think your moving to Hawai’i and buying land is okay, it isn’t. Of course you’ll hear from a realtor it’s okay to buy land. Hawaii is not for sale and has never been for sale. Look up the true history of Hawai’i and the illegal overthrow of the Hawai’ian monarchy. How many people do you think we can fit onto an island without destroying the natural landscapes and natural resources. Aloha aina and Malama aina was the ways of our Kupuna to care for and love the land and in turn the land would care for you. To many developement and run off into our ocean killling the native species. Once it’s gone there’s no turning back. We need to perserve what’s left. Stop the destruction. Stop digging our historical land marks. Stop digging up all our Kupuna iwi. Stop destroying our ‘Aina.. The colonization of the Government, Christianity, and greedy businessmen with the intent to steal all our land and control all our resources. Remember the Kanaka Maoli are the original people of this land, yet we’re the one who don’t have land. We have to be on a wait list for land. All that we have, has been taken from us. The Kanaka Maoli (Hawai’ians) had a well established society pre contact. Stop taking from Kanaka Maoli and learn the true history behind the illegal occupation of the US…. No, Captain Cook was not the first to discover Hawai’i. Hawai’i was already settled by the Hawai’ian pre contact….. Our ‘Aina is Not For Sale! Stop Stealing Our Land…..

Hey Kapi’olani,
I’m sorry that happened but if you want people to stop buying….tell your people to stop selling. One.can’t buy what’s not for sale.
The past is the past at this point and Hawaii is open and available for everyone, not just one ethnic group…it isn’t Germany 1943.
You mention specifically Christians…..what do you worship? Would you prefer a bunch of Muslims?
Fact is….Americans do more to preserve nature and create lots of laws to keep things nature friendly. You should welcome these white people with open arms.

This post is 2 years old but I must respond to Jerry Moody. Let me rephrase his response: I’m sorry your land was stolen, your queen imprisoned, your people killed but not really. If you want foreigners to stop selling your land, buy it back from the people who stole it and don’t sell it. Americans, who have cut down old-growth trees, run gas lines through pristine native lands and polluted both oceans, are #1 at conservation. And certainly better than a bunch of Muslims — you don’t want THEM on your island. White people rule!

Actually, rereading, I’m starting to think Jerry is satire. No one can possibly be that ignorant.

Edmonton Real Estate Law can assist you achieve an out-of-court settlement and find other options for your case. A skilled edmonton real estate law attorney can recognize when a matter may be settled without going to court and will be well-versed in the art of mediation and arbitration.

Heres one for you non hawaiians. Be careful of what you are purchasing because there are official documents that prove the land belongs to native kanakas. Vast amount of the land here was wrongfully given the quite title to individuals that had no proof of ownership or proof that they contacted the rightful beneficiary. The Hawaiian language is now recognized as an official language to the judicial systems. What does that mean? The written wills and land titles of our kupunas now can be legally used in our courts to prove who the land belongs to PAST and Present. You might be buying something that never belonged to the seller. There will be lawsuits in the future against a lot of corporations and individuals that acquired land illegally and sold it to developers. Be very aware of this!!!

Time for a Financial Fast | Mastering Your finances

Time for a Financial Fast! A financial fast is an opportunity to improve your skills as a steward of your …

It’s a New Year, Which Path Will You Take Today?

Which Path Will You Take? We’ve all heard the saying, ‘New Year, New You!’ and made New Year’s resolutions that …

The Club at Hokulia is an exclusive residential club community located along the Kona Coastline on Hawaii’s Big Island. Stay …