US Military Bases in Hawaii

Here in Hawaii, we live among the largest concentration of United States Military bases and compounds in the country. There are around 50,000 military personnel assigned to Hawaii, and that number has steadily risen every year. The Hawaii military presence has a huge impact on the economy of the state, generating nearly $15 billion for Hawaii’s economy. The military bases in Hawaii impact civilians as well and have created an estimate 100,000 civilian jobs across the many military bases across Hawaii’s islands. 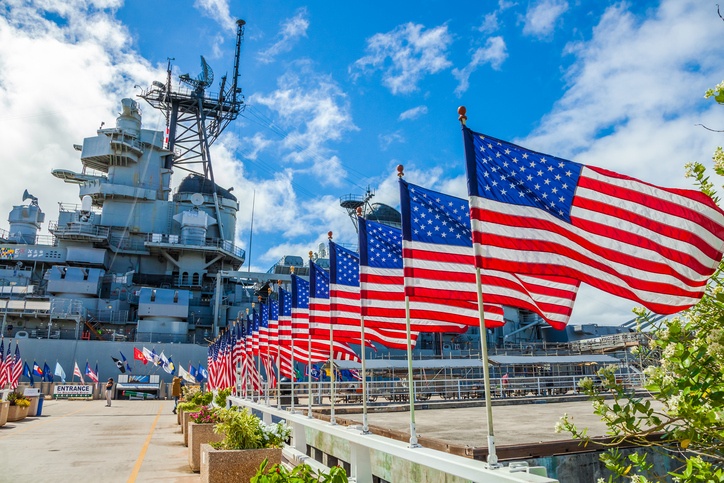 Life in Hawaii is like no other. There’s always something fun to do and you can wear shorts and relax on the beach in the middle of winter. It’s an OCONUS (outside continental United States) post, yet it’s still part of the US, so there’s no need to worry about passports or currency conversion rates. Now let’s talk about the pros and cons of being stationed in Hawaii. You’ll surely fall in love with Hawaii’s natural beauty, perfect weather, and Aloha spirit, but you might not love the higher cost of food and goods and how far away it is from family. Every duty station has positives and negatives, for many, living in Hawaii is a once in a lifetime opportunity that they can’t pass up.

Where are the military bases in Hawaii?

Hawaii is one of the few states that has at least one base from each branch of the military — Army, Navy, Marines, Air Force, and Coast Guard are all represented throughout the state. There are a total of 11 bases all across Oahu, Maui, Kauai, and the Big Island, many of which served a vital role in WWII. No matter where you are in Hawaii, you’re never too far from a military base.

Hawaii is a tiny island chain known for its beaches, so when people first learn about the strong military presence here, they wonder how many military bases are in Hawaii. Hawaii is home to 11 military bases, and there is at least one for every branch.

Military Bases in the Big Island

Here are some interesting facts that you may not know about our Armed Forces:

People always have a lot of factors to consider when they get their PCS orders to Hawaii. You will have to decide whether you want to live on or off base, find a home if you choose to live off base and learn how to move your family’s belongings and cars.

Where is the Naval Base located in Hawaii?

The US Naval base in Hawaii, Naval Station Pearl Harbor, is located near Honolulu, Oahu. This important Honolulu Naval base was the site of an attack that triggered the US entry into World War II.

What is the name of the Air Force Base in Hawaii?

Looking for more information about Military Life in Hawaii? Find a Hawaii Life agent or give us a call today at 1-800-370-3848.

Pssst…USMC Gunnery Sargeant Quiroz, Staff Sargeant Anderson and Army (soon to be) Sergeant First Class Kelly, this one’s for you!

The attack at Pearl Harbor left us ironic lesson that could be remembered from generation to generation, a war always begets misery and collateral damage on mankind..

Military airplanes that are stationed at Hickam Air Force Base:

It is part of Navy Region Hawaii and provides Navy and joint operations Base Operating Support that is capabilities-based and integrated.
Pearl Harbor is 8 miles from Honolulu.

Naval Station Pearl Harbor provides berthing and shore side support to surface ships and submarines, as well as maintenance and training. Pearl Harbor can accommodate the largest ships in the fleet, to include dry dock services, and is now home to over 160 commands. Housing, personnel, and family support are also provided and are an integral part of the shore side activities, which encompasses both permanent and transient personnel.

Because Pearl Harbor is the only intermediate maintenance facility for submarines in the Middle Pacific, it serves as host to a large number of visiting submariners.

The Naval Computer and Telecommunications Area Master Station, Pacific (NCTAMS PAC), Wahiawa, Hawaii is the world’s largest communication station.[6] The headquarters site of this shore command is located in the central section of the island of Oahu, approximately three miles north of Wahiawa.

Hickam Air Force Base was named in honor of aviation pioneer Lt. Col. Horace Meek Hickam. It is under the jurisdiction of Pacific Air Forces (PACAF), which is headquartered on the base.

In 2009 the base was used as the temporary operating location for Air Force One during Barack Obama’s Christmas vacation at Kailua, Hawaii.

Joint Base Pearl Harbor–Hickam is a United States Navy and United States Air Force base in the U.S. state of Hawaii, on the south shore of Oahu. The navy base was started in 1899 and merged with the air force base in 2010. It is 8 miles (15 km) west of downtown Honolulu.

The Japanese bombed Pearl Harbor, on December 7, 1941, which was a surprise. The attack led to America’s fighting in World War II. The reason the Japanese attacked Pearl Harbor was to destroy the U.S. Navy (Seventh Fleet), and prevent the U.S from stopping the Japanese expansion in Asia.

You have your information wrong about which branches are air, land or sea. You said the Marine Corps is the only one on all three. Not true… Navy SEALs… Stands for Sea Air Land…

Sorry Ken Wyant. Saluting Enlisted personal wearing the MOH is not required by any regulation. Would I, absolutely and have done so a few time.

Having recently retired from the Americas Navy i find myself having more time to read and post on awesome articles like yours!! Thank you!! You really made todays hunt worth braving the internet seas!! They say a Smooth sea Never made a Skilled Sailor and im learning quickly that those same skills can be applied to the hunt for solid reading material!

I’ve now saved this site to my favorites. Thanks for the info.

4.5/5 elizabeth and walt….omg….i love them so much? they served marriage of convenience + sunshine/grumpy + taking care of love interest when theyre sick ????? exactly my new besties!! (view spoiler) in conclusion i love them and i will be ask

Who Wants to Live Walking Distance to a Sandy Beach — in a New Plantation Home in Lahaina?

Chris Damskey, Head Executive Chef at The Club at Hokulia, is a one-of-a-kind, special chef de cuisine with over 12 …

How to Win in a Multiple Offer Situation

The impact of COVID-19 has been a catalyst for real estate markets to heat up all over the country. Today’s real …