May Day is Lei Day in Hawai`i

Inspired by the beautiful Hawaiian customs of making, giving, and wearing lei, poet Don Blanding came up with the idea of Lei Day in 1927. When his fellow writer at the Honolulu Star-Bulletin, Grace Tower Warren, suggested that this day of recognition fall on May 1 each year, she also coined the phrase, “May Day is Lei Day.”

Lei Day was first publicly observed in Honolulu in 1928, and the following year, Governor Wallace R. Farrington proclaimed it an official day of celebration. Since that time, annual Lei Day festivals have honored the history and significance of the lei as a symbol of aloha.

Along with lei-making workshops, displays, and contests, Lei Day events include music, hula, cultural exhibits, craft demonstrations, and parades. The parades usually involve horseback processions by the lei court, with each Hawaiian Island represented through its particular flower and color (for example, the pink lokelani for Maui, the red `ohi`a lehua for Hawai`i Island, the purple mokihana for Kaua`i, and the yellow `ilima for O`ahu). A lei queen is also crowned each year.

O`ahu typically stages the largest of the Lei Day gatherings at Queen Kapi`olani Park in Waikīkī, with the events broadcast on television statewide. This year on Maui, the Bailey House Museum in Wailuku hosted the 2022 Lei Day Heritage Festival, with Grammy winner George Kahumoku and other artists performing. Many local schools also commemorate the day with student hula performances and the selection of a Lei Day court. 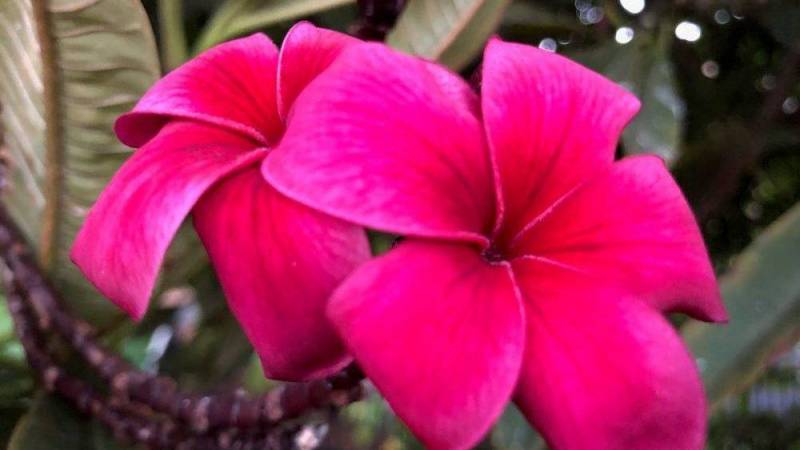 When we hear the word “lei,” we generally think of a flower necklace – but the earliest lei (worn only by ali`i, or Hawaiians of noble birth) consisted of feathers (usually red and yellow, the colors of royalty) from native birds like the `i`iwi, `apapane, `o`o, and mamo. A lei may also be made of leaves, shells, seeds, or nuts like kukui (candlenuts).

Lei of all kinds are now given as a gesture of welcome, as a token of love or friendship, to highlight a special event (such as a birthday or anniversary), or to mark an achievement (such as a graduation or a new job). Tradition holds that if a lei maker thinks happy thoughts and uses positive words while crafting a lei, it will become more beautiful.

Whether you’re a Hawai`i resident or a visitor, you may want to know some of the etiquette surrounding these adornments. Kisses on the cheek customarily accompany the offering, and it is considered rude to refuse the gift of a lei. The recipient should wear the lei so that it drapes over the shoulders in front and in back, and they should try to avoid removing it in the presence of the person who gave it.

It’s considered bad luck to wear a lei that will be given to someone else. Likewise, an open-ended lei is the accepted kind to give to a woman who is hāpai (pregnant), as closed lei are considered bad luck for the baby. Grooms often wear open-ended maile lei as a symbol of commitment and union, and ti leaf lei are believed to bring good luck and ward off evil.

The tradition of the lei is just one of many that make Hawai`i such a unique place to live. If you’re considering making the extraordinary island of Maui your home, contact me today!

Posted on May 3, 2022 in Arts and Culture, Hawaii, Lifestyle, events on maui, Lei, lei day, Lifestyle, May Day 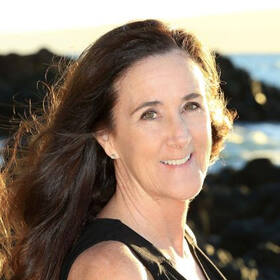 Leslie Mackenzie Smith is a REALTOR Salesperson with Hawai'i Life. You can email me at LeslieMackenzieSmith@HawaiiLife.com or via phone at (808) 870-8668.

Following a two year pause due to the Covid-19 pandemic, July 4th celebrations are making a comeback on the Big …

Hawaii Island – aka the Big Island – is big in size and big on diversity. The key to finding …

Happy Aloha Friday! Summer is hitting a stride! The ocean never feels better than on these hot days beachside! The …