Along the coastlines of the Hawaiian islands, sit many structures, made of lava rocks, which jut out into the ocean and enclose areas of the beach. These structures are, in many cases, dilapidated, only slightly resembling their original form. These structures are fishponds which were created by ancient Hawaiians and were an extremely important part of the Hawaiian food production system. Although today many of these fishponds have deteriorated to the point that they no longer attract fish, and have in many cases had their structure re-purposed to fit a modern need or environment, many have been revitalized in efforts to preserve and disseminate Hawaiian ways of living.

The fishponds were a vital aspect of the Hawaiian Ahupua’a and worked by corralling fish in areas where they were plentiful. Often times the rivers which sustained the Lo’i, or Taro patches on land, emptied into fishponds on the coast. The brackish water provided nutrient-rich environments for fish to grow. These ponds ranged in size, and usually consisted of man-made lava rock walls, which were built in accordance with the preexisting natural environment. These lava rock walls had notches which allowed small fish to enter, however, as these fish grew in the nutrient-rich pond, they would not be able to leave.

Along the coast of O’ahu, once thriving fishponds have been re-purposed for modern usage or left to fall apart completely. The remnants of these structures, however, remain and can be noticed among the suburban landscape of O’ahu. In Hawai’i Kai, Koko Marina shopping center sits on an ancient fishpond. This pond is now surrounded by homes and is a popular place for modern water activities. Near Koko Marina is the Paikō fishpond. This hidden fishpond now has homes along its outer wall and can be best viewed from the mountains north of it. 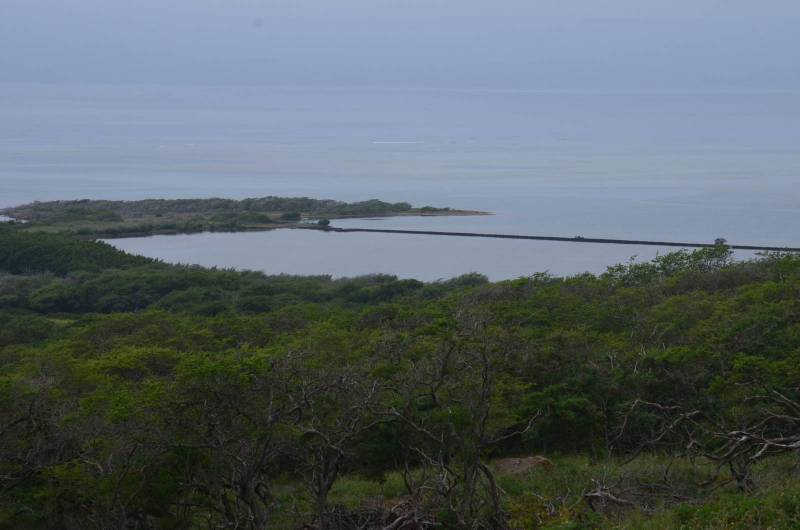 In Honolulu, Pearl Harbor, now an extremely important military base and center of the pacific command, was once a system of fishponds, which supplied the majority of O’ahu’s ancient population with protein. Now, fishing in Pearl Harbor is dangerous due to the massive amounts of pollution which have been dumped in the harbor since its re-purposing.

In order to see the fishponds of Hawai’i, many of which are extremely degraded, one must develop an eye for the ancient structures. Developing this eye involves viewing the Hawaiian coast in search of these submerged lava rock walls and keeping the mind’s eye open to ideas of what existed before.

Hawai’i nei, its history, and its amazing offerings are abundant, and quite frankly never disappoint.

Are you looking for open space and country living? Do you want to try your hand at farming? Or, perhaps …

Oahu, Hawaii is one of the best places to live for golfers who want to live near the fairways. With …