Kona Coffee – Why Such a Hot Commodity?

With a history that spans nearly 200 years, it’s no wonder why Kona coffee has become so popular across not only Hawaii but the rest of the country, and even the world! 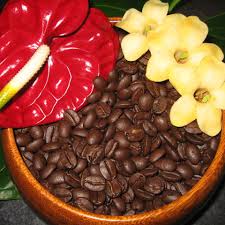 A Short History of Kona Coffee

The first coffee planting in Hawaii was by Spanish physician Don Paulo Marin in 1813 on the island of Oahu, just behind Honolulu. Unfortunately, this planting was unsuccessful. However, in just 14 years time, after moving the crop to Manoa Valley, agriculturalist John Wilkinson had mature coffee plants that were ready to produce.

Just a year later, in 1828, because of Wilkinson’s success, Reverend Samuel Ruggles brought cuttings from Manoa to Napoopoo, South Kona.

In 1841, coffee plantations were established in the Kona district, and by 1873, Kona Coffee had made it out of the country. At the World’s Fair in Vienna an award for excellence was given to Henry Nicholas Greenwell, a pioneering Kona coffee merchant.

In 1910, 80% of the farms were family run operations, giving the lead to Kona Coffee as Hawaii’s source of income over tobacco and sugar cane.

In 1914, World War I begins and the first price raise of Kona Coffee is witnessed due to U.S. Army purchases.

In 1932, Kona’s pubic school vacation schedule changes to August through November to align with coffee production.

In 1950, production of Kona coffee was at its highest at 22 million pounds of green bean produced annually, and by 1957, Kona coffee crop valued at $6.5 million.

In 1981, only 1,600 acres of coffee remain grown by mostly small independent farms run by aging immigrant farmers and their families. However, today there are about 650 farms cultivating coffee in the Kona district. The typical size of a Kona coffee farm is 3 acres. Kona coffee represents approximately 95% of the coffees produced on the island. There are about 3,500 acres of land utilized in Kona coffee farming, producing about 3.8 million pounds a year, valued at about $14 million.

Between February and March, small white flowers known as “Kona snow” cover the Kona coffee tree. By April, these flowers turn into green berries, which eventually ripen into red fruit, called “cherry” (because of resemblance to a cherry) for picking by late August. Trees are hand-picked several times between August and January, providing about 15 pounds of cherry, which result in about two pounds of roasted coffee. 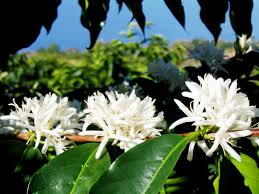 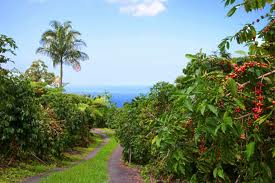 Within 24 hours of picking, the cherry is run through a pulper. The beans are separated from the pulp and then placed overnight in a fermentation tank. The fermentation time is about 12 hours at low elevation, or 24 hours at higher elevation. The beans are rinsed and spread to dry on a hoshidana or drying rack. Traditional hoshidanas have a rolling roof to cover the beans in rain. It takes 7 to 14 days to dry the beans to an optimal moisture level of between 10 and 13%. Too much moisture content in coffee allows the growth of ochratoxin A, a harmful mycotoxin, hazardous to human health.

Further grading of these two types of beans depend on size, moisture content, and purity of bean type. The grades of type I Kona coffee are ‘Kona Extra Fancy,’ ‘Kona Fancy,’ ‘Kona Number 1,’ ‘Kona Select,’ and ‘Kona Prime.’ The grades of type II Kona coffee are ‘Peaberry Number 1’ and ‘Peaberry Prime.’ Also, a lower grade of coffee, called ‘Number 3,’ can not legally be labeled as “Kona.”

So, Why is Kona Coffee So Expensive?

The actual Kona Coffee Belt land is too steep and rocky to navigate with machinery, and hard human labor is needed to plant, grow, and harvest the crops. Harvests vary depending on annual rainfall patterns or damage by pests. To be honest, no one ever got rich by farming coffee. It always has, and always will be, a labor of passion!

A friend of mine brought some Kona back from a vacation and OMG, I forgot how much I LOVE this coffee 🙂 Being from Detroit, lets just say it’s definitely hard to find here. My corner grocery just doesn’t seem to stock it…anyway, my search continues…

5 Tips for Getting Your House Ready to Sell | Oahu, Hawaii

Getting Your House Ready to Sell Let’s go on a little journey today. Are you thinking about getting your house …

Northpark by Gentry Are you looking to purchase a brand new single-family home at NorthPark by Gentry Homes? Hi everyone, …

It’s an exciting day for the new homeowners at the spectacular Kona Vista Estate! This custom luxury residential home is …