Well, what can I say about Kilauea Volcano except it’s been active almost as long as I have lived here – and I moved here in December of 1981. It’s an ongoing event. For certain, a force to be reckoned with and quite dangerous at times (depending on where you live or where you are while visiting).

My husband, Wayne, who is now retired from the Hawaii County Fire Department, was a rescue captain at one time and has had several interesting experiences with Madame Pele, as she is known to the people of the Big Island.

During the time that he was in rescue, he had some incredible up close and personal experiences; like when the film chopper went down into the crater because it got too close to the heat. The downed helicopter was contracted by a film crew, 2 people, and a pilot.

Here is the story as it was told to me:

“Captain Awai, are you available for recall,” the fire dispatcher queried. It was the early morning hours of November 22, 1992 and he was recalled to duty as operations commander of an air-land rescue effort to extricate a pilot and film crew that crashed landed a helicopter onto the floor of an active volcano in the Hawaii Volcanoes National Park on the island of Hawaii. Wayne said his thoughts were, “Hope they’re still alive!” If the lava or the crash did not kill them, fumes of deadly sulfuric acid eventually would.

The plan of rescue operations were premised upon opportunity. Two helicopters were in the air awaiting for that opportunity: Chopper-1 piloted by Dave Okita and a HVNP contracted helicopter piloted by Tom Hauptman. As crew of Hawaii Fire-Rescue personnel made their way along the rim of the volcano to a site where they had heard voices calling for help.

The HVNP (Hawaii Valcano National Parks) helicopter, flown by Hauptman, landed on the volcano floor and rescued the pilot and a cameraman. The other cameraman had attempted an ascent out of the crater and was now stranded on the wall of the volcano, but was eventually airlifted to safety by the Hawaii Fire Department (chopper 1) helicopter because a break in the weather let the rescue helicopter fly into the crater and drop a basket attached to a 150 foot rope. Incredibly, everyone survived the experience.

Probable Cause of the Accident

The National Transportation Safety Board determined the probable cause of the accident was, “the pilot’s intentional flight in and near a volcanic gas cloud which induced a partial loss of engine power due to a lack of combustible oxygen in the atmosphere.” The story of this crash was featured in an episode of the Discovery Channel television series, “I Shouldn’t Be Alive.” This is just one story of many.

The following are some interesting facts about the Kilauea Volcano:

Here is a great link, comprehensive information that any and all visitors to Kilauea Volcano should check out. This will give you incredible information. 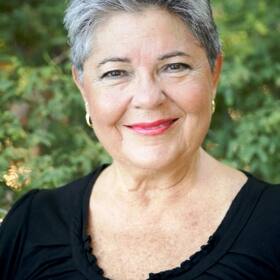 If you watched the story on Discovery, you would know that the “rescue” team gave ip because of bad “bad weather.” The pilot was rescued from the crater floor. One of the cameramen climbed out of the volcano himself, to find the “rescue” crew’s tent and oxygen bottles abandoned. He started hiking towards the highway and was eventually spotted by a passing helicopter. The film company had to hire a helicopter to go and puck up the other cameraman, the ground “rescue” team gave up because of bad weather, leaving two men to spend two nights inside an active volcano. Possibly the most pathetic, cowardly “rescue” I have everheard of,

Golf on the Big Island of Hawaii

The Big Island and golf go hand in hand and is practically a love story. Each year thousands of players …

Now that 2022 has arrived, I thought it might of interest to look back at the Mauna Kea Resort real …

Hawaii Legislature requires dogs and cats to have a microchip. Prior to this, dog owners must have a license for …