The Ka Iwi coast, which runs from Waimānalo to Maunalua bay in Hawaiʻi Kai, is one of the most scenic and treasured landscapes in Hawaii. Every year a race is held along the Ka Iwi coast, the proceeds of which have protected the coastline from development. Places like Sandy Beach, Alan Davis, and the Makapuʻu lighthouse trail, all of which are located on the Ka Iwi coastline, are some of the most popular destinations on Oahu. On any given Sunday, the section of Kalanianaʻole which runs from Hanauma Bay to Makapuʻu beach is crawling with beach goers, hikers, and food truck enthusiasts. The sheer beauty of the place may invoke a wonder about the land’s history, and how it was given the names that organize and divide the land past Kalama valley.

Ka Iwi is a Hawaiian word which means “the bones.” By virtue of that name alone it can be assumed that the land held sacred meaning to Ancient Hawaiians. Iwi are considered to be of great spiritual importance, and for the land to be named after such a sacred object indicates that the land held some supernatural value. In Hawaiian legends about Ka Iwi, it is told that the bodies of sailors who perished in the Channel between Molokaʻi and Oʻahu would get caught in the fishermen’s nets at Awawamalu. Awawamalu, now known as Ermas, is the section of the Ka Iwi coast which lies on the southern shore of Makapuʻu. 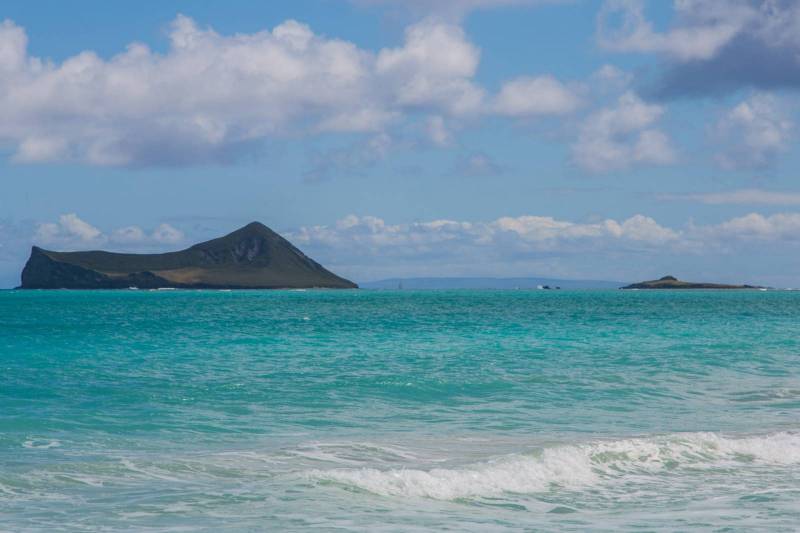 The Ka Iwi coast is also referred to in the epic tale of Hi’iakaikapoliopele. During a canoe voyage towards Kauaʻi, Hiʻiaka encounters the goddess Makapuʻu, a goddess said to have many eyes who lived in a cave near Makapuʻu beach. Makapuʻu’s sister is said to be ‘Ihi‘ihilauakea, which is the name of the adjacent mountain which lies next to Hanauma bay.

The Ka Iwi coast is a storied landscape, the beauty of which has made it a world famous destination. While enjoying some of the natural wonders that the place has to offer, considering the ancient significance of the land can greatly enhance ones enjoyment of the place.

If you’re like me and love bringing your pup along for breakfast, lunch, or dinner, check out some of my …

Just listed is 204 Poipu Drive in the sought after Koko Kai neighborhood of Hawaii Kai. It is a wonderful …