Because I grew up here on the Big Island in South Kohala, my clients and friends often ask me about island etiquette and local customs. In response to their questions, I’ve started my “How Fo’ Ack in Hawaii” series, talking about different types of local culture – the stuff you won’t read about in a tour guide or brochure. Maybe you’ve been invited to someone’s house or are going to a community potluck get-together and are unsure of what to bring. 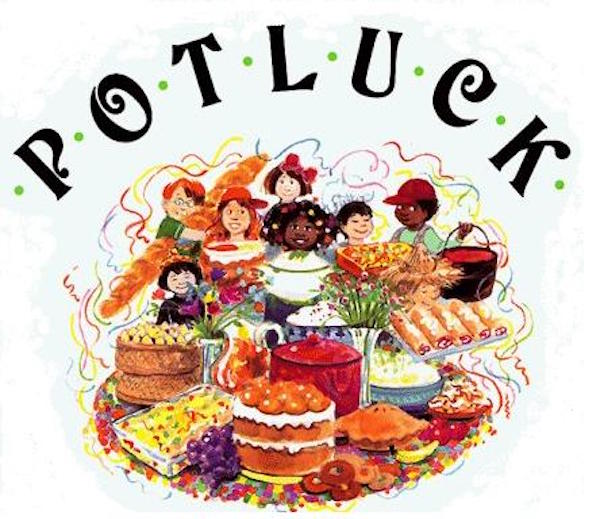 A Rainbow of Colors

If you are new to Hawaii and have been invited to a potluck dinner, you were probably surprised at the rainbow of colors you saw on the buffet table. Bright pink ahi poke or sashimi, green laulau, white potato salad, yellow pineapple, purple potatoes – it can be hard to figure out where to begin. Hawaiian and local-style food is delicious – and colorful. Just like the people here, the food at a potluck is always multicultural.

There is no right or wrong food to bring to a potluck in Hawaii, and keep in mind, the dessert table is usually just as big and colorful as the dinner buffet table. If in doubt, ask your host if there is something in particular you can bring. If you enjoy making a favorite dish of yours, try sharing it with new friends in Hawaii. 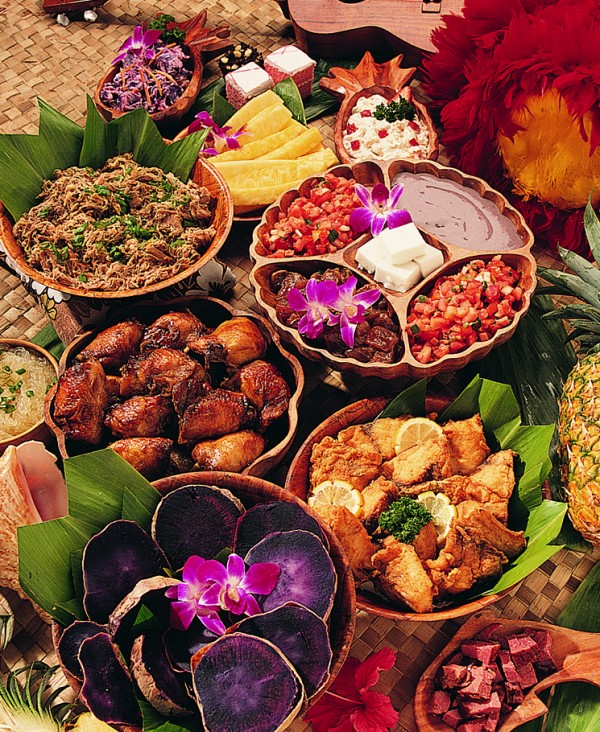 There are basically only two rules when it comes to attending a potluck in Hawaii: 1) bring something and 2) bring local-size portions! The first, of course, is a no-brainer. If you have been invited to someone’s home or are attending a potluck, it is good manners to bring some kind of gift or food. The latter refers to enough food to feed the whole family, plus any aunties, uncles, or cousins that might stop by. 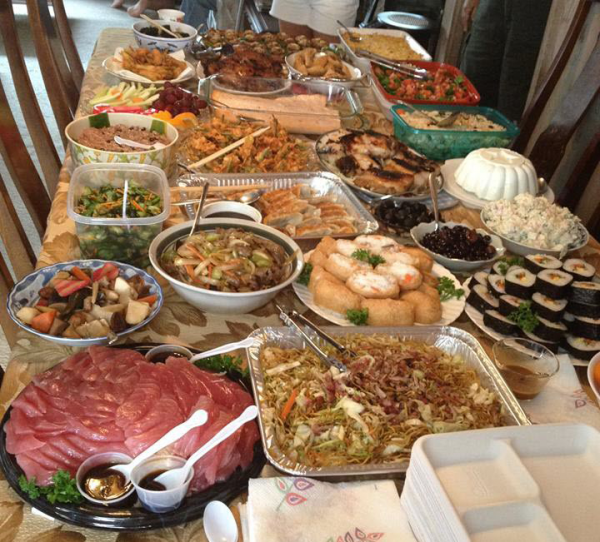 A friend and I were talking about this and she shared a story that illustrated this point. My friend had teamed up with several organizations conducting public outreach at community events all over the state. Typically two or three organizations would have a booth at these events that would last all day, and as a result, the workers often brought food to share amongst those working the booth.

My friend worked the same kind of event a few weeks later with different people, one of whom was a local guy born and raised in Hawaii, Kimo. When Kimo showed up to work at the booth, he brought a large container of coffee, a case of malasadas, and enough sugar, creamer, coffee stirrers, and cups for at least a dozen people. No one knew Kimo was bringing all that food and Kimo didn’t know how many people to expect, but this is a good example of how fo’ ack in Hawaii.

The point is, at a local event, whether it is a football game, potluck dinner, or beach get-together, people bring enough to share and then some! 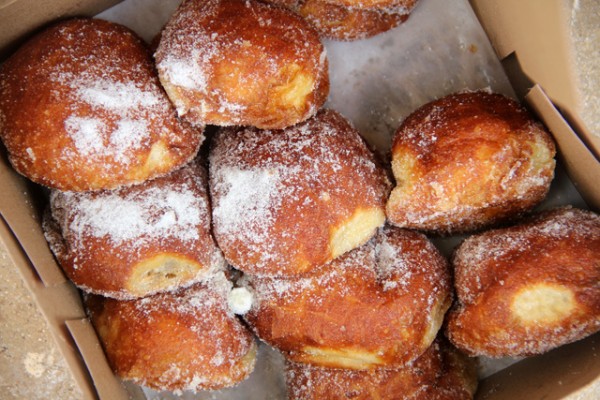 BYOB – it is classic local-style to bring your own personal cooler. Most times in Hawaii those coolers are filled with green bottles! And, if you are fortunate enough to be invited to a local gathering – be prepared – you will not go home empty-handed! No matter the size or type of event – there is always at least one aunty making plates of food for everyone to take home. It is guaranteed that if you go to a potluck in Hawaii there will be a lot of laughter, choke plenty ono kine grinds (lots of tasty food to eat), and enough leftovers for all to share!

In How Fo’ Ack Part 4, I will talk about the art and history of lei giving in Hawaii. I think I will title it: “How to get leid in Hawaii”…. Ha!

Getting ready for a move to the Hilo area an I’m loving these posts!

> Aloha Lori, thanks for reading my blog :). Let me know if you have any questions regarding your move to Hilo.

Undecided About Your Real Estate Decisions?

Are you undecided about buying a house? Or, do you struggle with indecision about selling your home? Indecision can feel …

It’s Makahiki Season in Lahaina and the whales have arrived along with cooler weather. Sometimes the winters get so sold …

Are you wondering what is in store for the housing market in 2022? I gave up predicting the real estate …