Honolulu’s Gold Coast: A King, a Queen, a Captain and Some Horses

In the first of this series, I shared my viewpoint on the precious nature of this classic neighborhood. Despite several sparkly Waikiki condominiums built in the last two decades and ongoing redevelopment of our urban core Kaka’ako, there is a special group of people who choose the Gold Coast for their home, second home or investment property. Residents from millennials to seniors embrace the uniqueness of claiming the blue Pacific Ocean as their front yard and Kapi’olani Park as their back yard. They swim at Kaimana Beach or ride world renown surf breaks “Tonggs” and “Old Mans;” they jog around Diamond Head or stroll along Kalakaua Avenue visiting others doing the same; they entertain and dine at area eateries or enjoy an intimate sunset cocktail with neighbors on their oceanfront garden or lanai; they are members of Elks Lodge 616 or the Outrigger Canoe Club; they play tennis at one of two free public courts.

Many will tell you it is the verdant surroundings of Kapi’olani Park that completes their way of life. 100-year-old kiawe and banyan trees dot fairways of green used for yoga classes, picnics, and soccer games while narrow Kalakaua Avenue lined with 100-year-old ironwood trees trains drivers to follow the slower pace here. It is a perfect dog-walking environment, and for decades there was an archery range along the mauka (mountain) border. But the park was not always so lush and green.

The King and His Sports

Horse racing was a favorite sport of Hawaiian ali’i (royalty) and wealthy businessmen in the 1800s. Founders of The Hawaiian Jockey Club, Governor John Dominis, and his peers, convinced King Kalakaua to lease a portion of the park to them for $1 per year to build a race track for their Kapi’olani Park Association; as incentives the track investors were granted leases on adjacent ocean- and beach-front parcels where they built cottages. The dusty one-mile oval track operated 1883-1914; it featured a clubhouse and grandstand where the king entertained domestic leaders and foreign dignitaries. 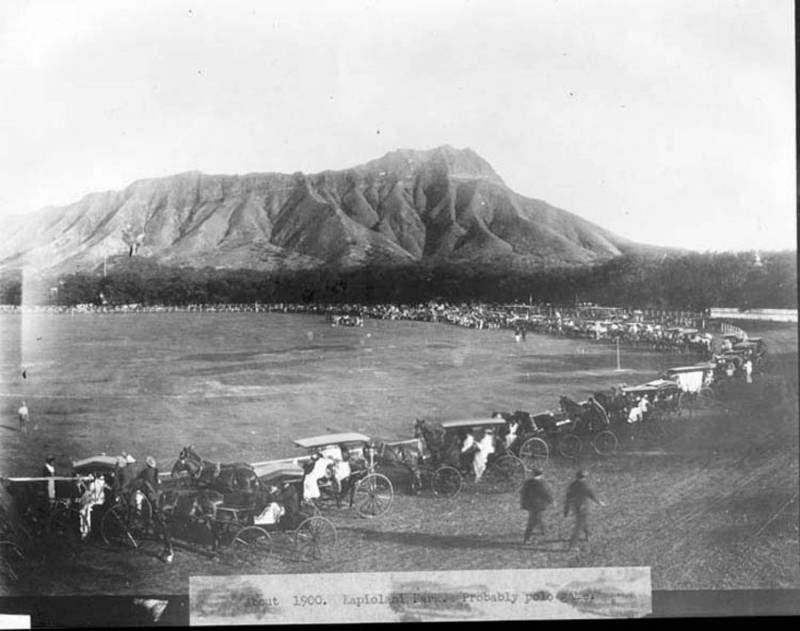 At the ewa (loosely translated as “west”) end of Kapi’olani Park at its border of what is now Monsarrat Avenue small islands punctuated swamps and ponds. Makee Island was the largest, namesake of Scottish ship Captain James Makee, also a poker buddy of King Kalakaua. See photo from 1883. One could only row through the ponds to stroll along plank bridges amidst date and coconut palms, ironwood and kiawe trees, an idyllic scene for romance and picnics. Here also was the original Kapi’olani Park bandstand, a palapa (thatched) structure where the Royal Hawaiian Band performed on Sundays. 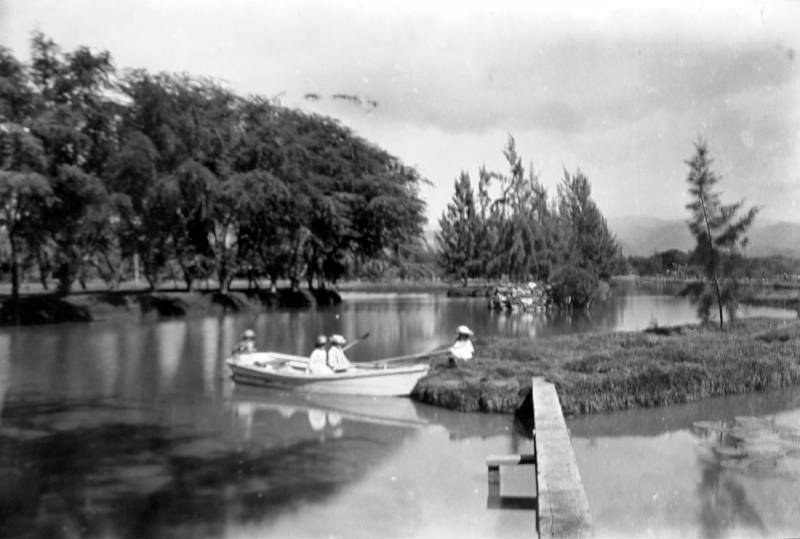 At the turn of the century several years beyond the overthrow of the monarchy when the U.S. Army used the park to stage military maneuvers, they complained of mosquitos in this swampy area. Many years later, and after complaints of foul odors as well, the legislature appropriated funds to dredge a canal to drain the park, resulting in the Waikiki Drainage Canal completed in 1924 — today known as Ala Wai Canal; mud from dredging was used to fill in the watery park areas creating new fertile land where a lush environment could grow and thrive.

Upon his death in 1879 a small road was named in honor of the Captain. The angled Makee Road originated from Kapahulu Road — later Kapahulu Avenue — and crossed what was later named Kuhio Avenue in honor of Prince Jonah Kuhio Kalanaiana’ole after his death in 1922.

Who wouldn’t want to live in a place with such rich heritage? 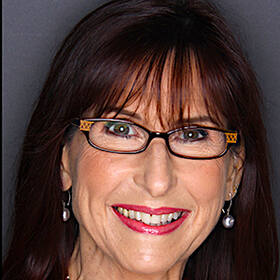 Love this blog post! You had me at the title!

Too bad you don’t know the name of Sans Souci Beach! So much history with Sans Souci, from the land deeded from the King to the original Sans Souci Inn whose channel was used to lay the communications cable to the islands from the mainland, where rifles were held by Robert Louis Stevenson & the Inn keeper to fight on the slopes of Diamond Head to help save the Queen …
Where polo was still played in Kapiolani park before Statehood! So much more!!!

This last Sunday, January 22nd of 2023 was an exciting and historic day for the Hawaiian Islands.  The internationally acclaimed …

You may already know that we have some of the world’s most incredible scenery here on Maui, from black sand …