I left the developer of the Halii Kai and Kolea condominiums to work in general real estate in 2008, barely sneaking out before the real estate market crash. It was natural that some of my first listing clients were owners of those condominiums. The lucky ones had paid cash and could sell just because it was time even if it meant taking a loss. The unlucky ones whose 10% down loans were far under water needed an agent with expertise in short sales.

When I hear a prospective Hawaii real estate buyer right now opine how it is a buyers market, or how prices are going to crash again, I inwardly roll my eyes. More appropriately, here is an analysis of why neither of those theories holds up in light of the data — told through the history of two oceanfront Haliʻi Kai condos. 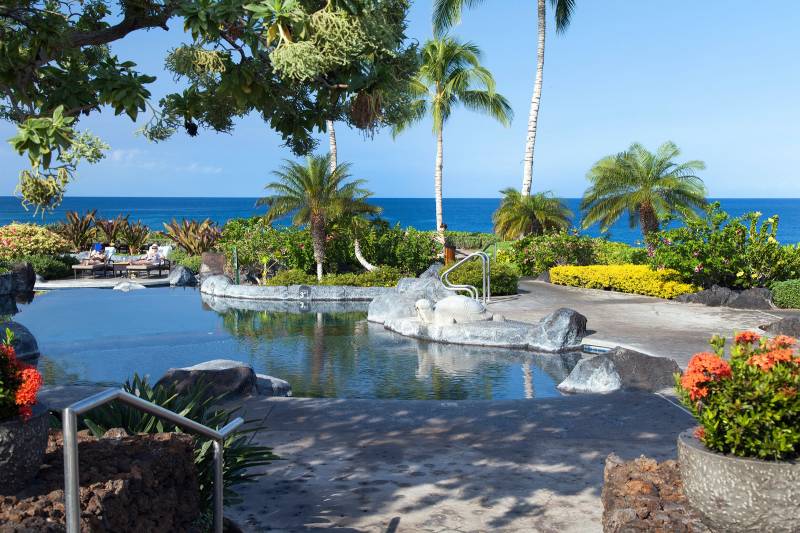 There are only three buildings at Haliʻi Kai that sit directly on the oceanfront. Building 13 is the one closest to the amenity center, and the “D” unit is an upstairs, corner two bedroom condo. The original owner of Halii Kai 13D was a principal at the group that developed the Queens’ Marketplace, and picked it for its premium location, paying $1,909,650 pre-construction. He then tricked it out with hardwood floors, crown moldings and high-end furniture.

At the very beginning of 2009 the owner decided to sell and look for something more suitable for their long-term interests, and listed for $1,695,000 furnished…taking a pretty significant cut in light of the recent crash of the real estate market. Four months later, the price was reduced to $1,495,000 and the listing expired unsold after almost a year. 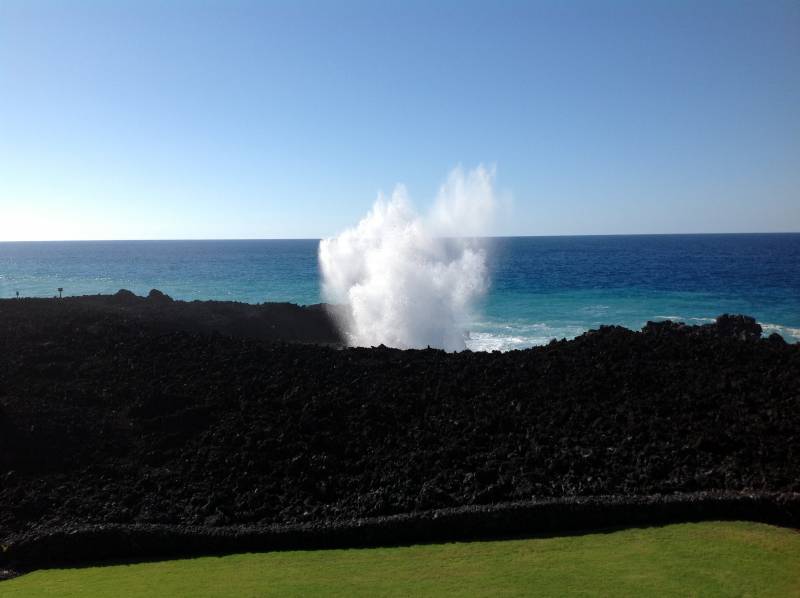 Photo of high surf taken from oceanfront condominium Halii Kai 13D by its owner while in residence.

At the beginning of 2010 I began talking to the owner about listing, and right at that time a super cool couple contacted me through the Hawaii Life website looking for a property to live 10 months out of the year with their high school aged son (the kind of thing so many families decided to do during COVID, but at the time this was a rare idea). It was a match and we sold in 0 days on market in March 2010 for $1,395,000.

It is important to note that during this period, standard Halii Kai resales were competing with foreclosures and short sales as well as with remaining developer inventory. If you click on that link, you will find that there were eleven short sale listings in March 2010.

Roll forward three years to the beginning of 2013. The family has tired of listening to vacationing rental guests in surrounding units and decided to move to a single family resort home. We list the condo at $1,475,000. Still very much a buyers market, after a series of price reductions the condo sells at $1,300,000 after a total of 13 months. Yep, 391 days on market. Gratitude to my patient sellers!

How much equity does the current owner have 9 years later? Read on!

When I think about the history of Halii Kai 14D, one building over from 13d, I think of that line from the I Ching: perseverance furthers.

The original owners of this condo were a favorite of the developer sales team; they bought premium units at Kolea, Halii Kai, and Koʻolina on Oʻahu. They first listed Halii Kai 14D in 2007, a year after they closed, for $2,395,000. That listing expired after 225 days. They continued to list off and on over the years, at prices ranging down to $1,495,000, for a total of 1,096 days on market. 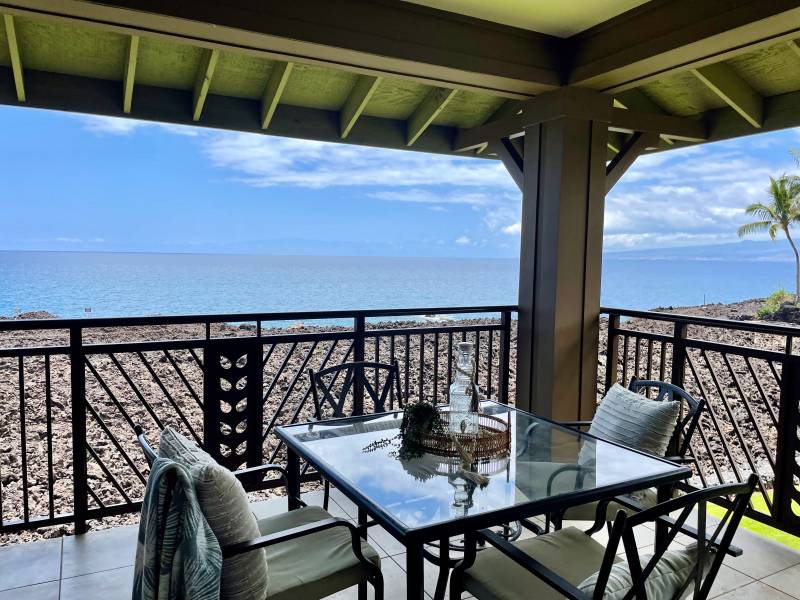 View from the middle of the three oceanfront Halii Kai condominium buildings. Hazy day but Maui is visible in the distance.

During this entire time, the condo served as a popular vacation rental, providing income to the owners. Finally a few months ago, with Kohala Coast condo inventory at all-time lows and consequently prices at all-time highs, Halii Kai 14D came back on the market for $2,249,000 and sold for that price in 24 days.

To summarize, in mid-2022, in the middle of the narrative that the real estate market is collapsing, these original owners were finally made whole on their 2007 purchase. There is currently one Halii Kai condo in escrow and no active listings. Zero inventory. If you look back at my old blog posts, you will see times when there were over 20 units for sale — thatʻs a buyers market. The current market? Iʻd still be calling this a sellers market.

But on the other hand (remember the old joke about one-handed economists?), if you are a buyer take comfort in knowing that prices are only back to 2007 levels, demand is stronger than ever, and there are no new oceanfront condominium projects in the works. A savvy investor might still bet on Halii Kai.

Love this blog Beth!! Very informative and helpful for a few Buyers I have that’s been eyeing out Hali’i Kai for a while!

If you are dreaming of owning a condo on Maui to live in or spend your vacations here; you would …

Rental properties are often on people’s minds when they visit Hawaii. Many people ask themselves, “Can I buy a property …

With uncertainty about inflation and stock market volatility, combined with news reports of easing in some real estate markets, buyers seem a …

Aloha Dear Friends, I would like to invite you to come meet me this week at two locations at the …