In February I wrote about the 2020 successes of the various county open space conservation programs, and in particular, the current priority list for Hawaii County’s Public Access, Open Space and Natural Resources Preservation Committee (PONC).

Now I am writing to celebrate the closing of PONCʻs purchase of 93 acres at Kapanaiʻa, North Kohala — one of the most significant places within the Kulaʻiwi o Kamehameha. The Kohala Community prioritized the stretch of shoreline from Kapanaiʻa west to ʻĀinakea as the number one priority for shoreline access and protection in the North Kohala Community Development Plan, which became County ordinance in 2008. This is the third significant property protected from future development since then. 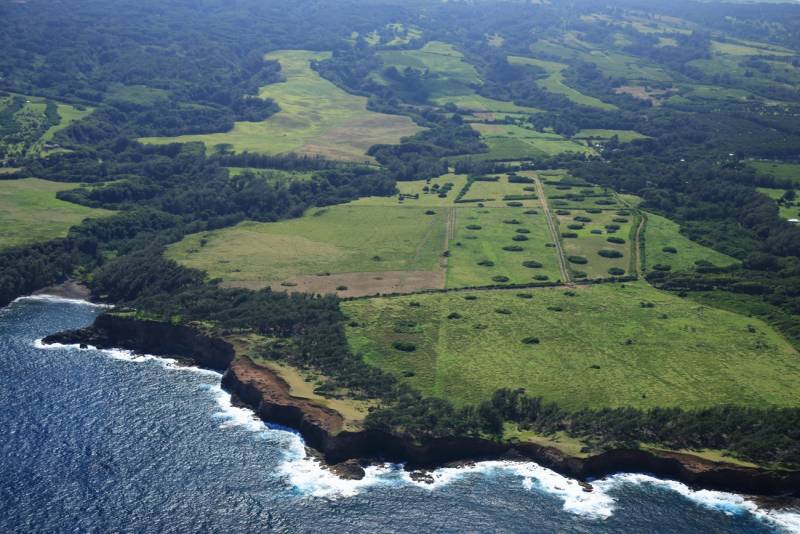 Aerial view of a portion of the North Kohala coastline designated #1 priority for preservation, with Kapanaiʻa Bay at the left

Seven Years from Listing to Closing for this Conservation Purchase

I explained in my earlier post that the Commission reviews nominations submitted by the public or non-profit preservation groups, makes site visits to see those properties first hand, and votes to rank the top nominations in September, with the report made public at the start of the following year.

What I did not explain yet: how does a property move from the nomination stage all the way through to acquisition? With a couple of property owners having contacted me recently about that topic, it seemed timely to review the timeline and parties involved in this most recent sale. 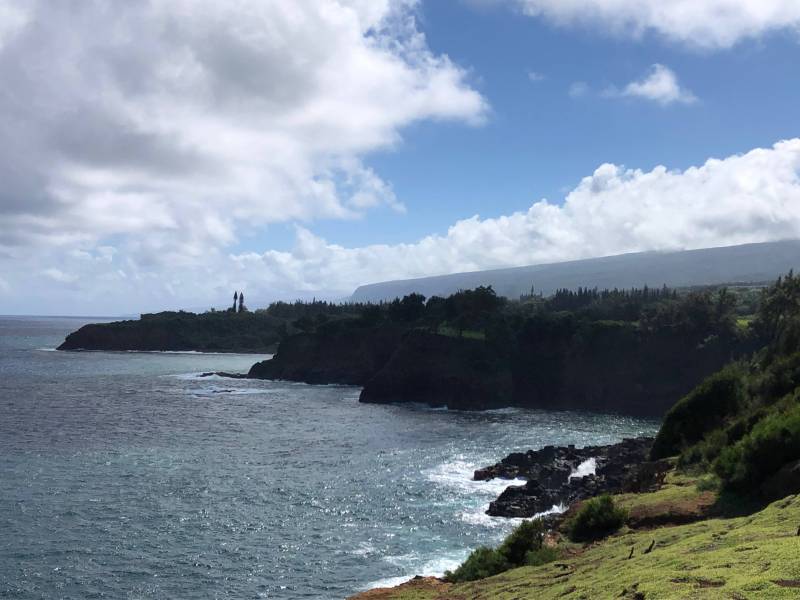 Early 2013: employed by the Trustee. I began working with the representative for the landowners (“The Trustee”) in preparing their properties for sale. I will omit the complexities of working with a property being sold out of bankruptcy from this timeline…thatʻs a blog post of its own!

The Kapanaiʻa conservation parcels were part of a nine-lot subdivision, and we obtained final approval in November 2013. One of the parcels contains half of Kapalama Heiau and was designated for preservation, with the additional provision that it could not be sold separately from the larger lot that includes Kapanaiʻa Bay, with its historically significant canoe landing site. Now we had the ability to separate these potential conservation properties from the marketable lots. 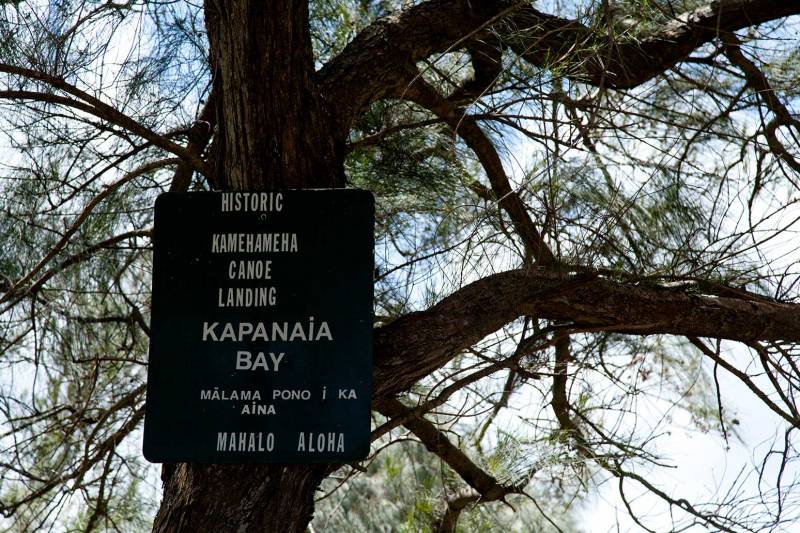 February 2014 Appraisal.  The Trustee agreed to get an appraisal for the conservation lots…and this was the first time I actually saw an appraisal report state that the highest and best use of the property was for conservation.

August 2104, Listing Released. We set the listing price at the appraised value, $2.9 million. We followed standard marketing protocol as The Trustee would need to demonstrate to the investors and the Bankruptcy Judge that there were no other buyers willing to purchase.

November/December 2015. County Resolutions. Meanwhile, the community continued to nominate seven properties within the “cultural corridor” from Hapuʻu Bay to Kapanaiʻa Bay for County PONC acquisition, receiving ranking annually in the top 2 due to the significance of this area historically and culturally. In November 2015, the County Council member for the district submitted a resolution authorizing the County Finance Director to begin negotiations for these parcels. I had the opportunity to testify alongside community advocates — a first for our County Council to see collaboration between a real estate professional, owners, and community. The resolution passed unanimously in December 2015.

2016-2018 Search for Matching Funds. With the resolution in hand, the County prioritized Kapanaiʻa as the second purchase within the corridor and suggested applying for matching funds from the Stateʻs Legacy Land Conservation Program. After applying several consecutive years, we finally had a site visit from the State LLC Commissioners in November 2018, and at their December meeting, North Kohalaʻs project succeeded in ranking second for funding in 2019. 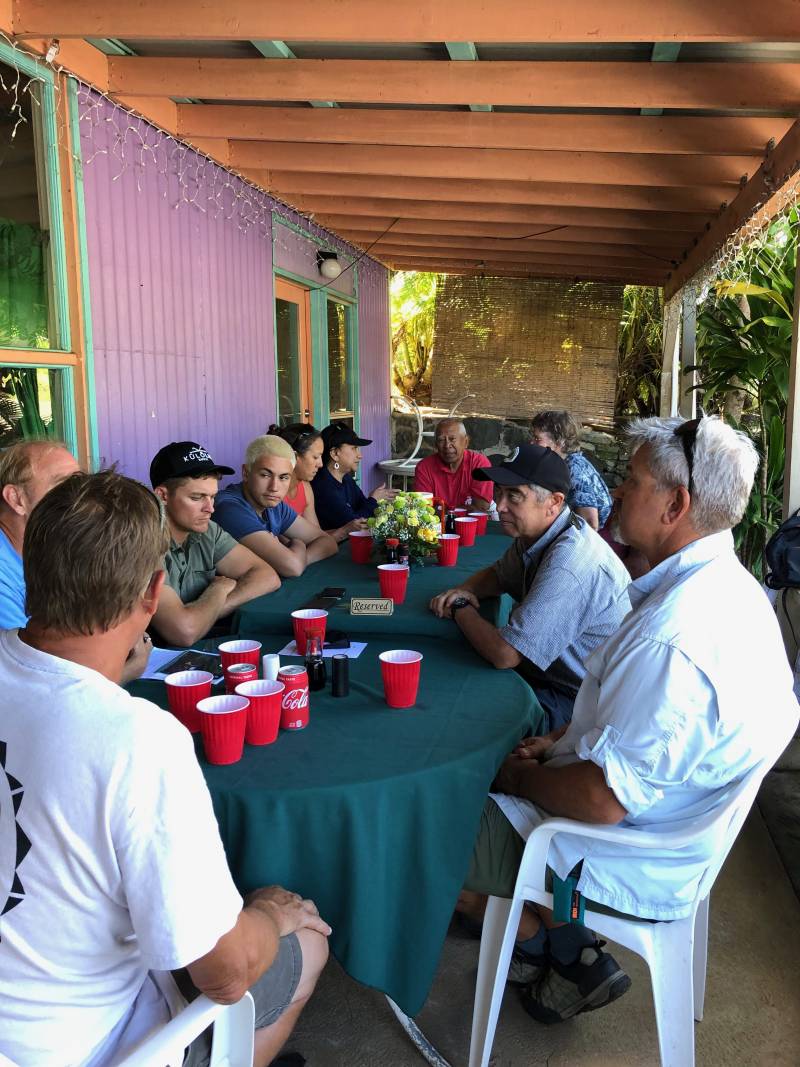 The Slow Mechanics of Government Conservation Purchases in Hawaiʻi

In a regular market transaction, we start with a purchase contract, and when it is fully executed by both parties, escrow is opened. Title work, appraisals, and due diligence then begin. The order of items is different for a County PONC purchase, with much of this done prior to officially entering into contract and opening escrow.

April – June 2019, State Matching Funds Approved. Once the State Legacy Land Conservation Commissioners had made their recommendation, it had to be approved by the Board of Land and Natural Resources, which took place in April 2019. Then they sent an official letter to the County, and the County Council had to agree to accept their funds, which formally happened in July.

August 2019, County Orders Appraisal and Preliminary Title Report. Typically in these transactions, Seller and Buyer each order a specialized appraisal to reassure the government entity that the purchase price is market value.  These parcels often have complicated title issues, so seeing the report and beginning to work through discrepancies can be the critical path in the purchase timeline, and a critical role for the real estate professional involved, if there is one.

November 2019, Purchase Contract Negotiations Begin. Hawaii Countyʻs Corporation Counsel prepared a draft purchase and sale agreement. While the negotiations took a bit longer than usual due to the Seller being a bankruptcy court trustee who could not agree to some of the boilerplate language, the main reason the PSA negotiations stalled was that the Countyʻs legal team got overwhelmed with the Short Term Vacation Rental appeal process and told us they could not get back to this until March 2020!

May 2020, PSA signed, Escrow Opens. Of course, now we are in the middle of Covid-19 shutdowns for all relevant parties from the County and State offices, to the bankruptcy court in Texas. Nevertheless, the Court approved the sale in June 2020.

June 2020, State and County Open Due Diligence. That same month the State and County signed their contract, initiating due diligence requirements that the County had to meet in order for the State to release their funds. This included ordering an environmental assessment and additional appraisal updates, as well as the State reviewing all escrow documents. The State Legacy Land director attributed the almost year-long review to delays due to Covid-19…and I am sure in part that was true.

April – June 2021, New Title Issues; Closing Documents. A new mayor, a new deputy corporation counsel, and additional items on the title report to be addressed per counselʻs review. At this point we are finally reviewing a deed and closing documents…but as we get close to the end of the Stateʻs fiscal year, both State and County are tied up with end-of-year accounting, which delays the State in cutting its check. 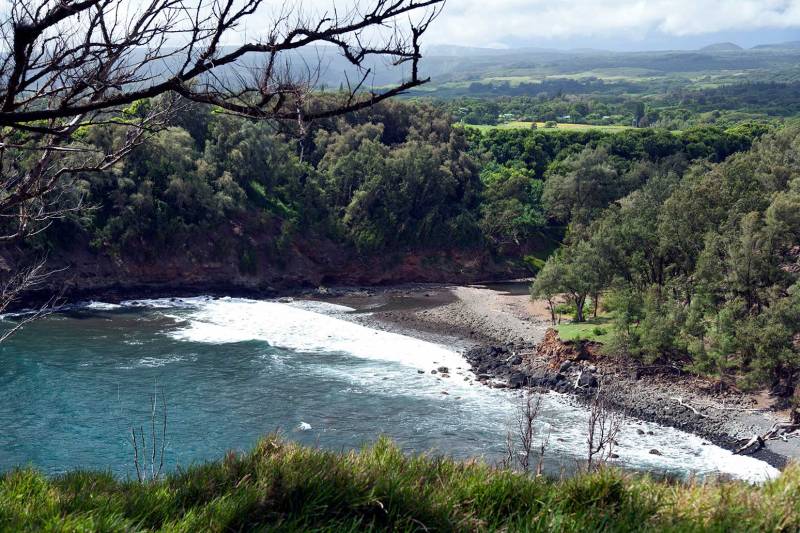 August 13, 2021, Sale Closes. Definitely a record for my listings: 2,108 days on market. The wonderful staff at PONC were at least as excited as the sellers and I were to have finally accomplished this, which we could not have done without the hard work of dozens of community members and two sets of commissioners.

The Future. Now that the County has protected this area from development, in perpetuity, the most important part of the conservation process begins…creating a plan for community stewardship. Stay tuned for updates.

As Director of the Hawaii Life Conservation and Legacy Lands initiative, I regularly get phone calls and emails asking me …

Ten years ago, in 2012, an amendment to the Hawaii Revised Statutes declared February as Hawaiian Language Month, Ka Mahina …