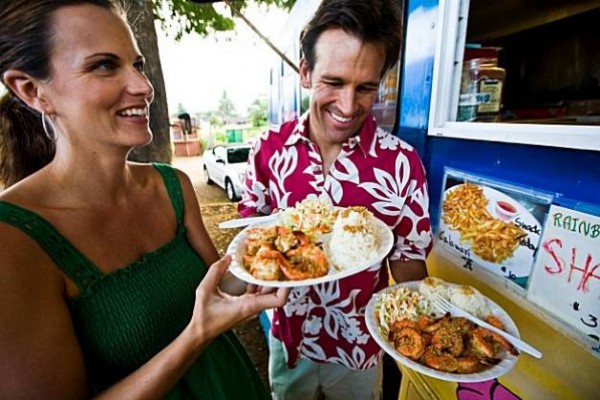 Simply the best Curry Katsu Chicken anywhere! Ask for extra curry if you’re a smart one. And they really do make the best mac salad around. Been trying to copy their recipe for years. Unsuccessful, and they won’t share 🙁  The rest of the menu is pretty ono as well. 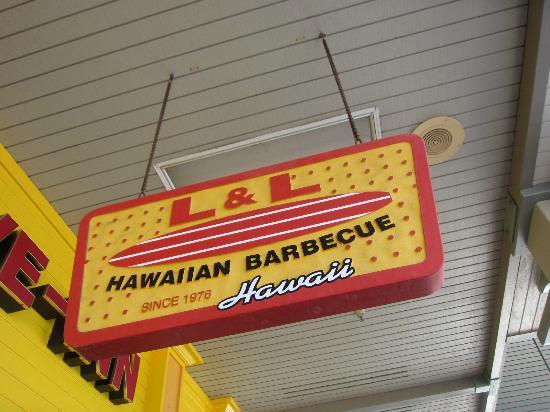 OMGoodness! The spicy poke bowls are to die for! Foodland is known statewide for consistently having some of the best and freshest poke around. Ask for samples, the staff behind the counter are always happy to accommodate. On your poke bowl, ask for warm rice and all the toppings. Oh my! 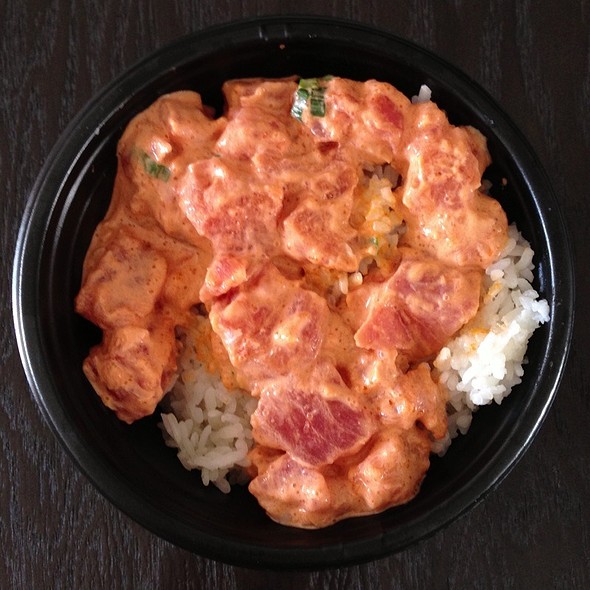 Looking for just a good fill-your-belly breakfast? You found the right place. Simple menu but always consistent and delicious. That good (and cheap!!). 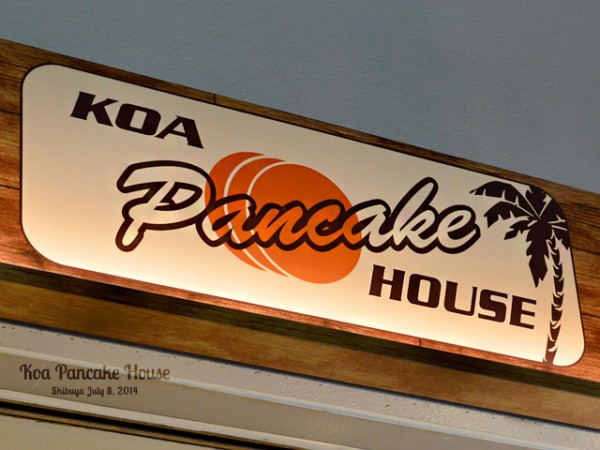 For you mainlanders, this is Hawaii’s version of the jelly donut. Except sometimes Malasadas have meat or veggie fillings. So, scratch that, not really a jelly donut, but you get the idea. Could be jelly, could be meat…all good, brah. Let’s just move past that. Open mouth, insert Malasada, bite, chew, savor, swallow. All better. Now that wasn’t so hard, was it? Mmmmm, delish. Bet it was your first meat donut. Hehe. Main bakery is in Kapahulu near Waikiki, but you will see Leonard’s Malasada Wagons all over the place. Stop. Just stop. 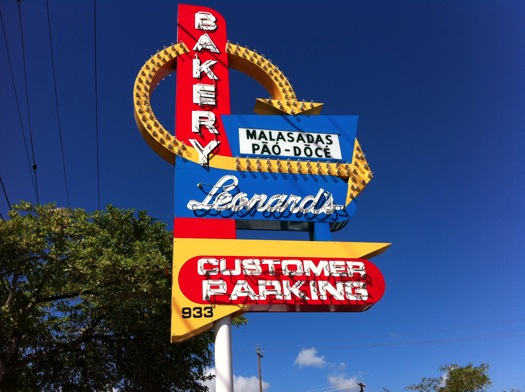 Located in Kailua, this café is known as probably the best breakfast place on the island. I’m quite sure that the other offerings on the menu are fab, but their signature dish is the mac nut pancakes. Cancel any plans you had that day because you won’t make them after you inhale those pancakes. Nap…lol…you’ll need a nap. Word. 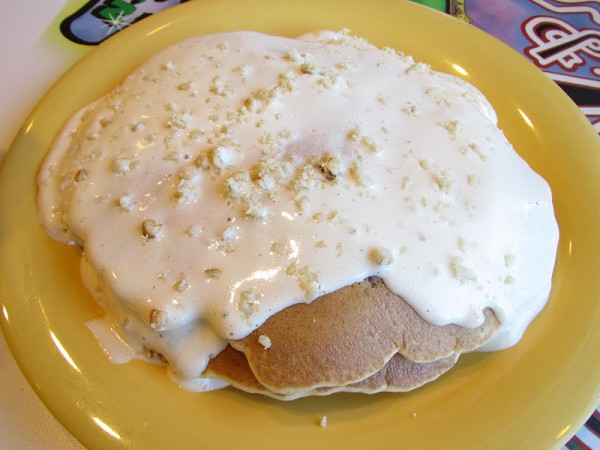 This little café is in the University district. I’ve hit every Greek place on the island and this place is the real deal! The Gyros and Baba Ganoush are smack-yo-mamma good. Really. 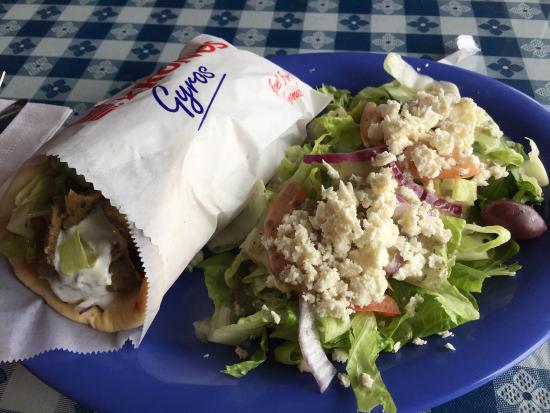 So, no one does better Kalbi than moi, but I will (reluctantly) give it up for Gina’s since y’all aren’t invited to my own backyard. Kapiolani and King is where they dig in. If you haven’t had island-style Korean Kalbi short ribs, you haven’t lived. Sweet, spicy, tangy, salty, just pure delish. That good! 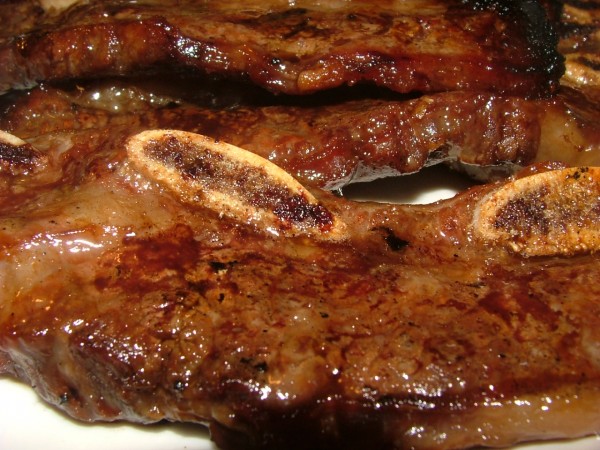 While technically not “local” island food, who doesn’t love a great dog?? Every kind of yummy frank available that you could ever dream of. My fave is the Friday Special ~ the Lobster Sausage Dog. Any other day but Friday? I’ll take the Hawaiian Portuguese with mango mustard. Hot Dawg Heaven. Hank’s for the win! 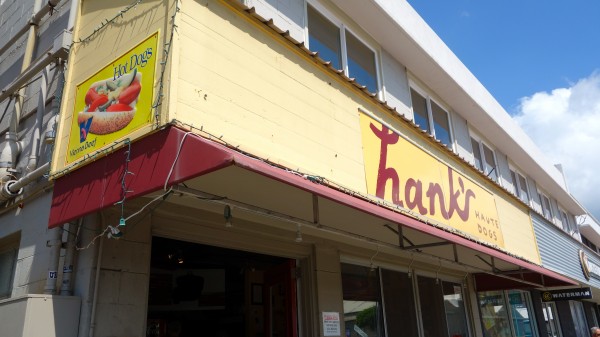 This little bitty joint is located in Kapolei Shopping Center. I’ve had faux pho, and then I’ve had Pho! I don’t waste my time on other places anymore. Why bother? This stuff is like liquid medicine. Better than chicken soup if you are sick (or…God forbid…hungover). I’m a traditionalist, always the meatball for me, but my daughter loves the seafood pho. Never disappointed. Their Vietnam Sammies are tasty, too. A+ 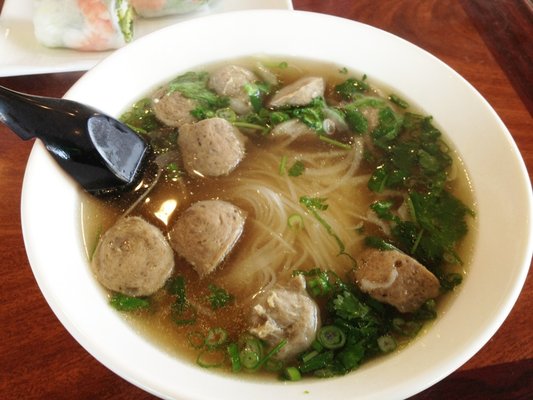 Every last Friday of the month is Eat the Street’s gift to your tum tum tummy! Don’t eat for a week prior or you’ll be sorry. 40 lunch wagons and vendors here to feed you! Don’t miss. AAAAAAAAmazing :)) (That’s a double smile in case you didn’t notice). 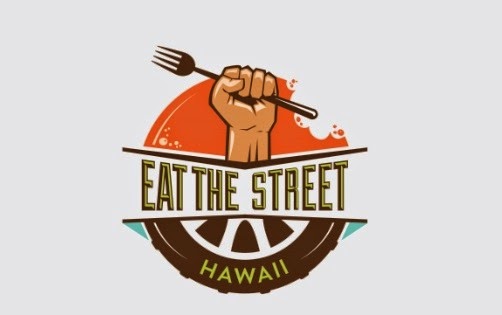 On Ali’i Drive in Kona, call me biased, but consider Da Poke Shack your Holy Grail of poke. I’ve never had better. This place is ridiculous! Even earned the #1 in Yelp 2014 Top 100 Restaurant list! In the entire United States! Go early because they only use fresh catch from Honokahau Harbor, and when the day’s supply is gone, it’s gone. Try the Pele’s Kiss. Makes me swooney just thinking about it! 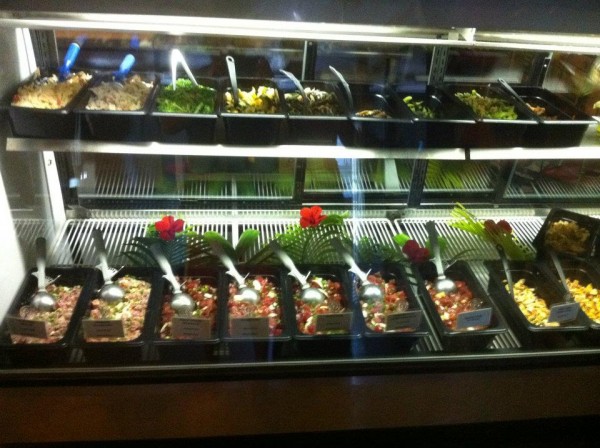 This lovely little find is on your trek to Volcanoes National Park in Na’alehu, the southernmost point in the United States. Stop now. Don’t go any further without eating first. Trust me on this. The food in the park is no bueno. An off-the-hook bakery and fan-damn-tastic plate lunch going on here. Eat now or forever keep your peace. Translation, no grumble, Brah. Don’t say I didn’t warn you. 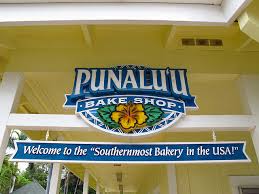 Also in Na’alehu is the Hana Hou, which I highly recommend for dinner on your way back to Kona from Volcanoes National Park. Wonderful home cooked meals. On the weekend the line is out the door! Lunch and dinner both, it’s almost always packed. Don’t miss the Lilikoi Lemonade. After your meal, try one of their amazing desserts from their own bakery. Must. Do. 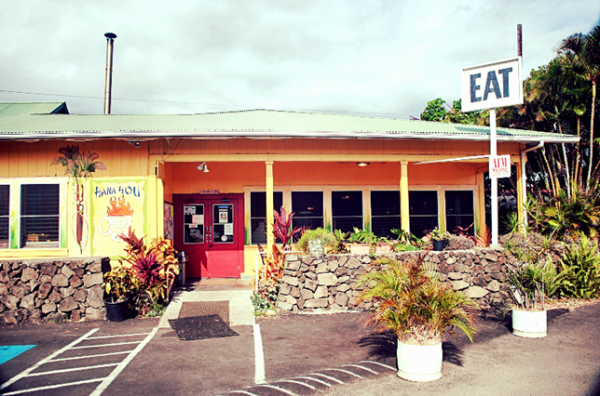 If comfort food is what you’re hunting, then Ken’s in Hilo is where you’ll find your prey. A huge menu with everything from local delights to traditional downhome diner grinds. For real…so much to choose from. Specials every night of the week. Yum. 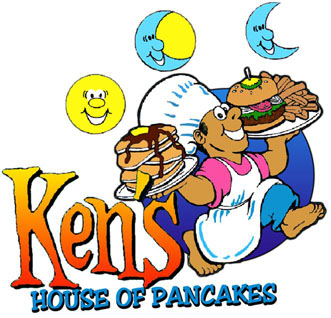 When there is always a line out the door, you know it’s a great bet. None better here. While probably not the best sushi you’ve ever had, this little gem has been a local favorite (and mine as well) for years now. It’s a little hole in the wall located in the Kona Marketplace on Ali’i Drive – it’s not easy to find. 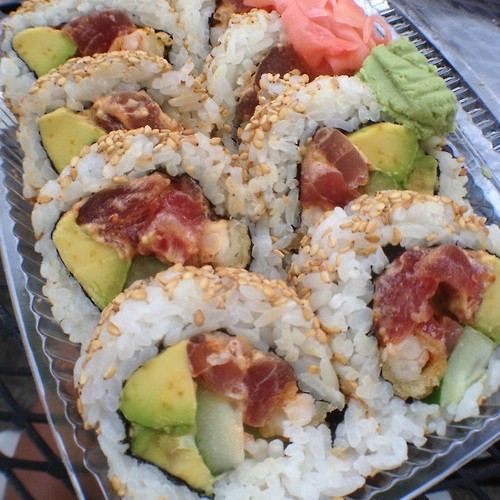 Hiyashi’s You Make the Roll

Fresh, terrific combinations are the name of the game here. You can also make your own combos in a roll. Why don’t all sushi bars do this? Mostly 8 piece makis for about $4.50 each. It just doesn’t get better than this if you are a sushi lover. Call your order in early (if you are lucky, they will answer the phone, but rarely between 11:30 am and 1:00 pm). This is my #1 must go when I hit Kona. On a daily basis. Yup. That good. Try the Ninja Star Roll. Mmmmmmm.

Kailua Kona. If you are looking for the place that is so ono and consistent that almost every table at lunch is local construction workers, then BIG is your destination. Those boys know a good meal when they see one. Everything local from monster Loco Mocos to crater sized Saimin bowls to fab Katsu, here is where you want to park for good local comfort food plate lunch. Portions are very large, so plan on skipping your meal before or after. You just won’t have room. 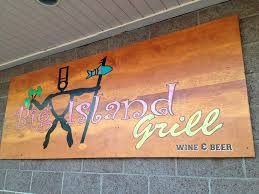 Across the street from Honokahau Harbor, you will see what appears to be a simple gas station. You wouldn’t think that a gas station on Queen K would be a local fave, but then you would be wrong. I have never had better Korean Chicken than they make here. Ever. The Musubis are legendary too, and it just gets better from there. 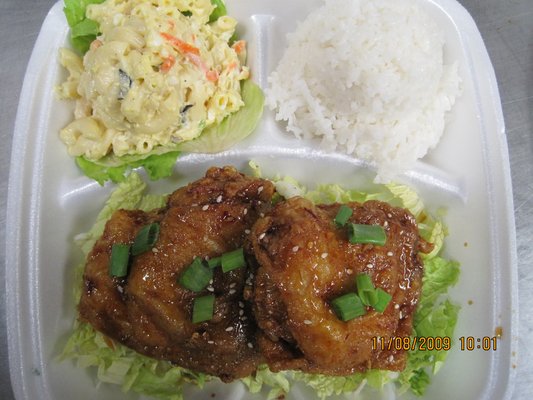 Early mornings before the charter boats launch are crazy busy, but don’t drive by without stopping in. Grab some grub for a picnic at Kua Bay or wherever you are headed from there. I typically walk in for a soda and walk out with a huge bag of food I just could not resist. Crazy good chow.

10 Hawaiian Words to Know Before You Go

After less than a month on the market, 77-6479 Leilani Street in Sunset View Terrace is celebrating closing day with …

Benefits of a Pre-Listing Inspection

Unless you’ve been living under a rock, you’re fully aware that we are in a strong Seller’s market. Values are …