Explore the Magic of Molokai

If you are looking for fancy hotels, lei greeters to meet you at the airport and round the clock action, Oahu may be for you. But if you want to see Hawai’i as it once was and experience the true spirit of aloha, you should make a trip to Moloka’i.

Believe it or not, there are no traffic lights on Molokai, and the central town of Kaunakakai only had a population of 3,425 as of 2010. It is the island’s small population, and laid-back lifestyle is a part of its uniqueness.

Molokai is not immune to outside influence, but compared to the more populated Hawaiian islands, it has remained relatively detached and very independent. A large percentage of Molokai residents are Native Hawaiian themselves and maintain a strong connection to their Hawaiian culture. 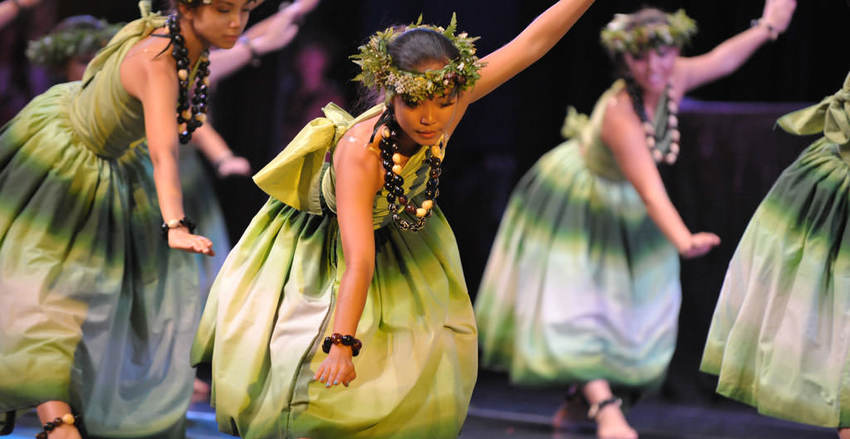 Molokai is the birthplace of the Hawaiian art of hula — one of the most valued parts of Hawaiian culture. Dancing hula was (and still is) a way for Hawaiians to pass down stories and convey emotion. Molokai is home to Ka Hula Piko, an event that celebrates the origins of hula with food, storytelling and, of course, plenty of dancing.

Hawaiian History is Everywhere You Look

Molokai’s south shore is surrounded by some of the best-preserved examples of ancient Hawaiian fishponds in the islands. Lava rock walls extend from the shoreline in a semi-circle to create a protected seawater pond. When they were in use, a gate called a Makaha would allow small fish to enter the pond and grow until they were not able to fit through the gate. These impressive examples of early aquaculture are regarded as ancient engineering marvels. 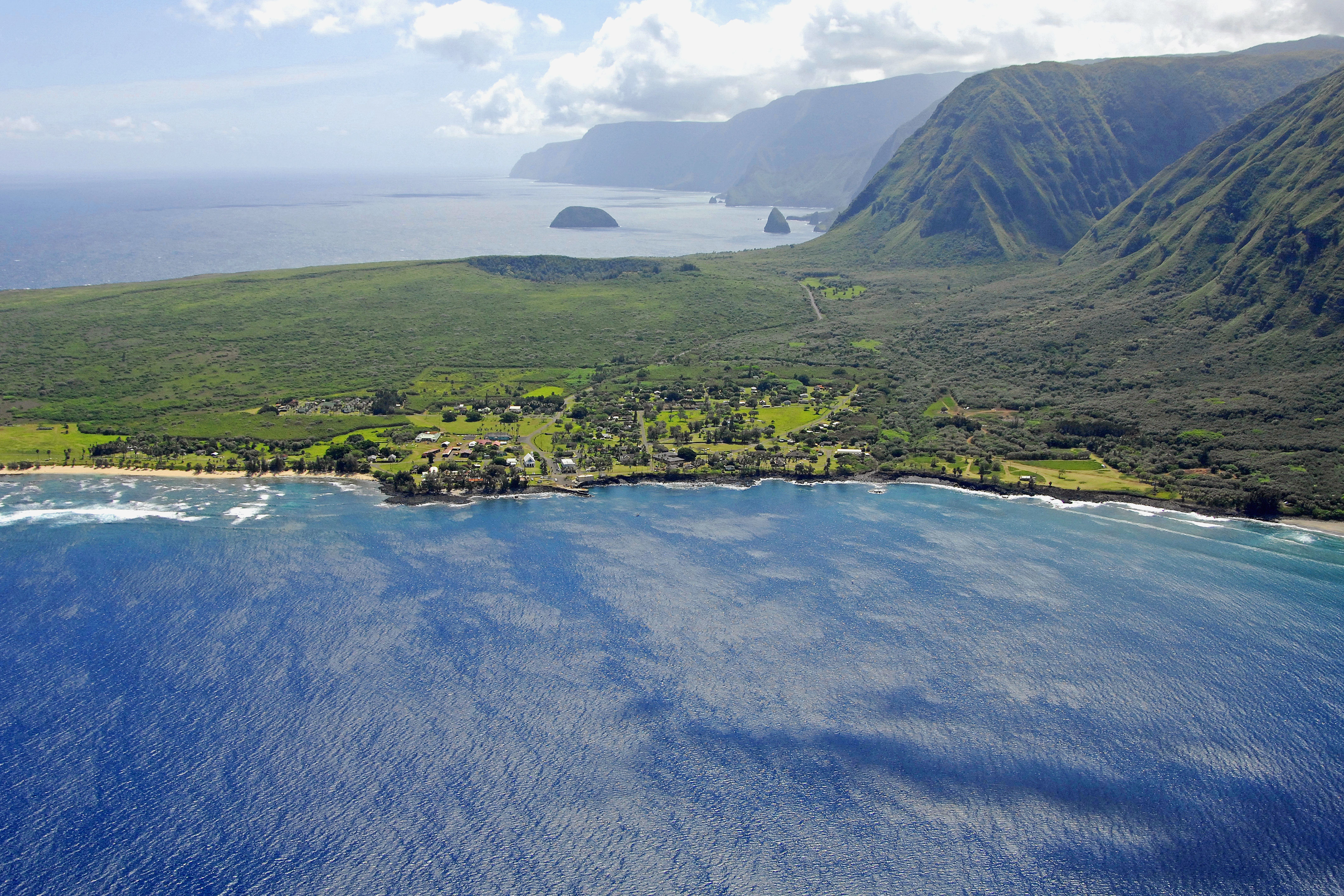 Molokai is also known for one of the most troubling times in Hawaii’s past — the leper colony of Kalaupapa. In 1866, King Kamehameha V exiled all those in the Kingdom of Hawaii who contracted Hansen’s disease to an isolated peninsula on the north shore of Molokai. Now, the site is a National Historical Park, and several remaining patients still live there. Only 100 adult visitors are allowed to visit the park per day, so make reservations through Father Damien Tours and set foot on the truly sacred ground.

In the case of Kalaupapa, getting there is a big part of the adventure. Kalaupapa, which is situated on a remote peninsula near the base of some of Molokai’s towering sea cliffs, is only accessible by plane, foot, or my favorite, a mule. 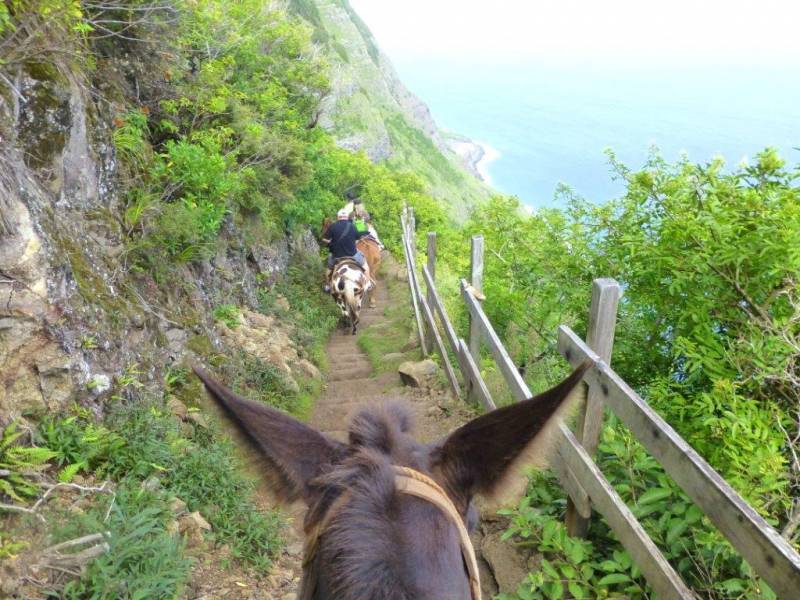 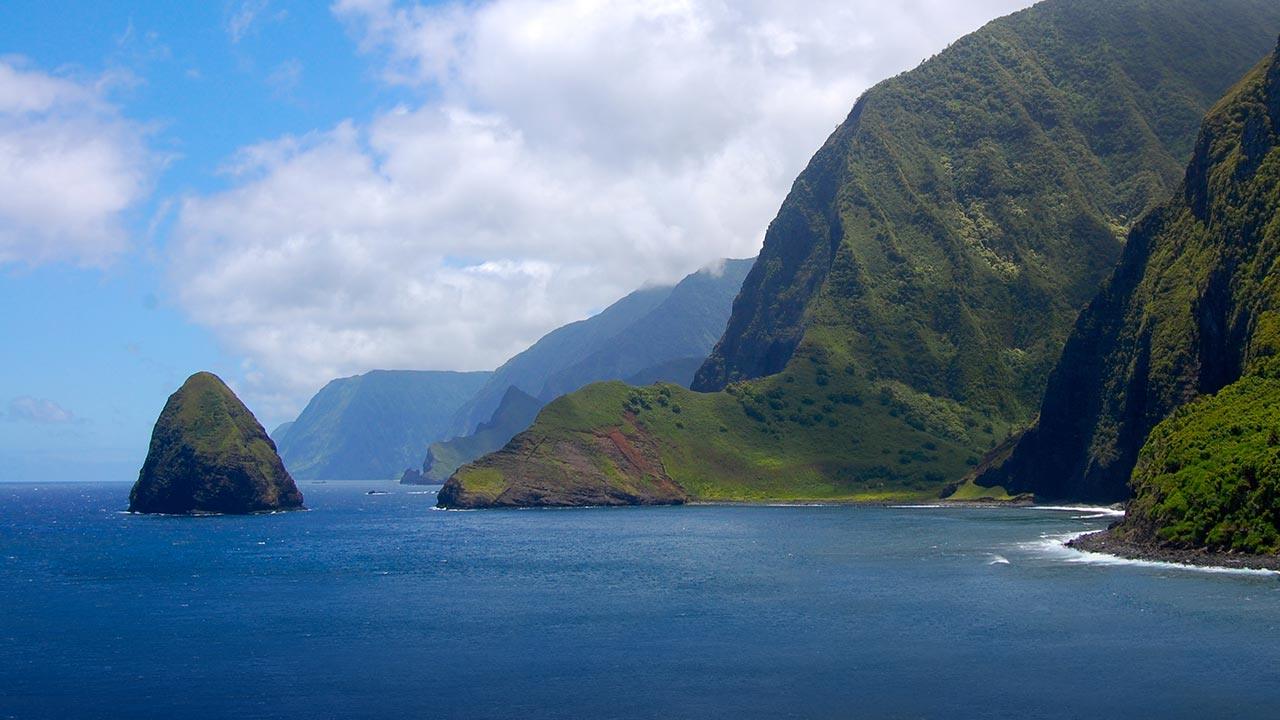 Helicopter tours are one of the best ways to see the entirety of Molokai since much of it is inaccessible otherwise. The island’s incredible sea cliffs are among the highest in the world, stretching 3,000 feet above sea level.

 With great sea cliffs come cascading waterfalls, so if the island has seen consistent rainfall, you’ll be in the presence of some of the world’s most spectacular falls on your helicopter tour. Papalaua Falls (below) and Hipuapua Falls are breathtaking. 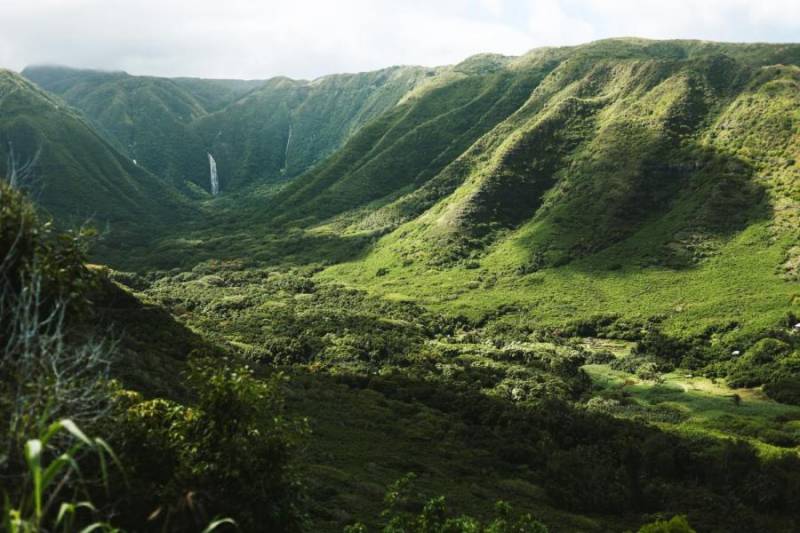 Halawa Valley is Both Enchanting and Magical

If you would rather see a waterfall on foot, take a cultural hike through sacred Halawa Valley to see Moaula Falls. According to archaeologists, the valley is one of the earliest settlements in all of Hawaii.

If a Visit Just Isn’t Enough

Unlike the other islands, there is no shortage of homes on Moloka’i. If you are willing to accept the Hawaiian culture and live the true spirit of aloha. Life on Moloka’i may just be the Hawai’i you are searching for. 

Please do not encourage people to move to Moloka’i unless they are kanaka maoli who have been displaced by the influx of transplants and are trying to return home. Moloka’i does not want to be like the other islands which have become overdeveloped and overrun, no thanks to too many realtors and TV shows like Hawai’i Life that pretend to care about Hawai’i but turn a conveniently blind eye to the overpopulation they encourage by soliciting more foreigners to move to Hawai’i. Hawai’i is not meant to be your warm weather mainland. Please, please stop.

Aloha friends!  I hope 2023 is treating you right so far and those resolutions are still going strong. On the …

10 Facts To Know About the Hawai’ian Islands

Happy New Year! As we enter into 2023 and explore the unknown, let me share 10 things you may not …

Many might not realize that lu’aus are a Hawaiian cultural tradition that dates back nearly 200 years. Although today they …

Happy Aloha Friday! This weekend we have a couple great events honoring Polynesian culture. Gathering of the Voyagers takes place …