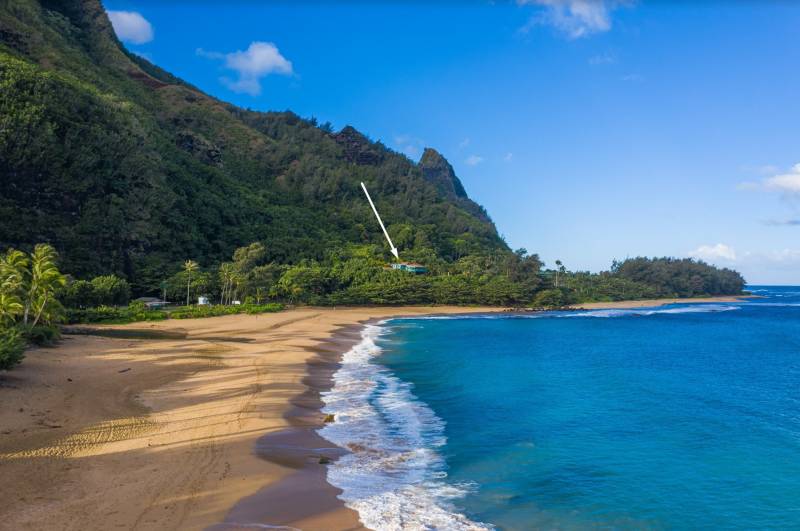 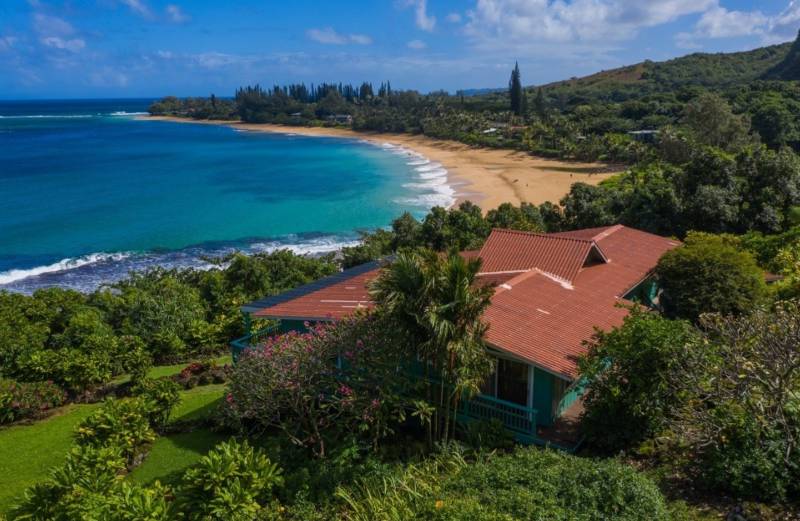 Kauai is gifted with some of the world’s most captivating island scenes—from sandy white beaches and rich green flora, to grand mountains and warm turquoise waters. Travel along the island’s coveted North Shore, and near the end of the road you’ll find a cluster of its most splendid natural sites. There’s a massive coral reef to explore at Makua (“Tunnels”) Beach, a premier sunset and diving destination. Lounging on the mellow sands of Ha’ena Beach, or hiking through an ancient sea cave, Manini-holo Dry Cave. Nearby is the Na Pali Coast, a 15-mile span of pristine Kauai coastline. 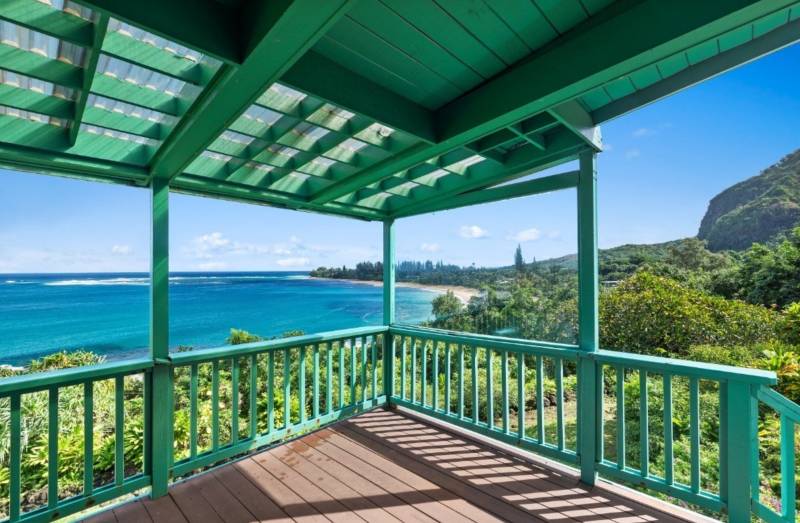 Nestled in its midst is a traditional Hawaiian beach home (MLS# 644074 offered for $9,950,000)—a peaceful two-bedroom retreat set amid a free-flowing island landscape. The owners, says Neal Norman, Director of Hawai‘i Life Real Estate, “were obsessed with Japan,” hence the Ryokan-inspired residence they built in the mid-1980s.

Neatly designed in wood and glass, the home channels the easygoing charm of Old Hawaii. It’s colorful and sunlit, with plenty of windows and fresh-air spaces to better connect you to the outdoors: You wake in the morning surrounded by uplifting views of the beach and lush greenery, and feel the rustle of warm breezes no matter the hour.

A generous lanai is at the core of the house. It’s the perfect spot to ponder this otherworldly panorama of ocean, coastline and mountains by day—then witness color-drenched sunsets and starlit skies at night. “You have unequaled views of Tunnels (Makua Bay), the beaches, and the Na Pali Coast,” points out Norman. “It’s classically old Hawaii.” 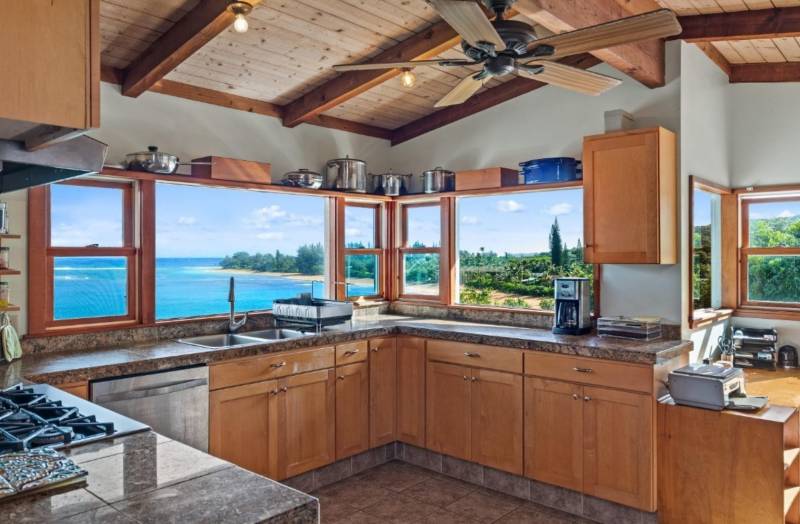 Meanwhile, the home’s interior is efficient, with rooms oriented to the views: The living room is a bright, airy space with wood beams along its raised ceiling; adjacent to an exposed upper level that houses an open-plan kitchen and dining area. The real treasure of the home though, is its altitude. It’s positioned high enough to offer bird’s-eye views of the surrounding environment, while remaining close enough to the ocean for impromptu swims, just steps away. As an added bonus, the home is one of only a handful in the area that’s not in the flood zone, making it safe from tsunamis, flooding, and the like.

Privacy abounds at this property, particularly along the deck at the rear of the house, which instantly transplants you to a poetic mountain setting. For the home is set beneath the pointy peaks of the famous Mount Makana (Bali Hai), and rests atop an ancient rock garden, filled with verdant plants and trees, that was formed millions of years ago. “When you look up into the mountains you can see natural mountainous rock foundations that are crazy beautiful,” Norman remarks. 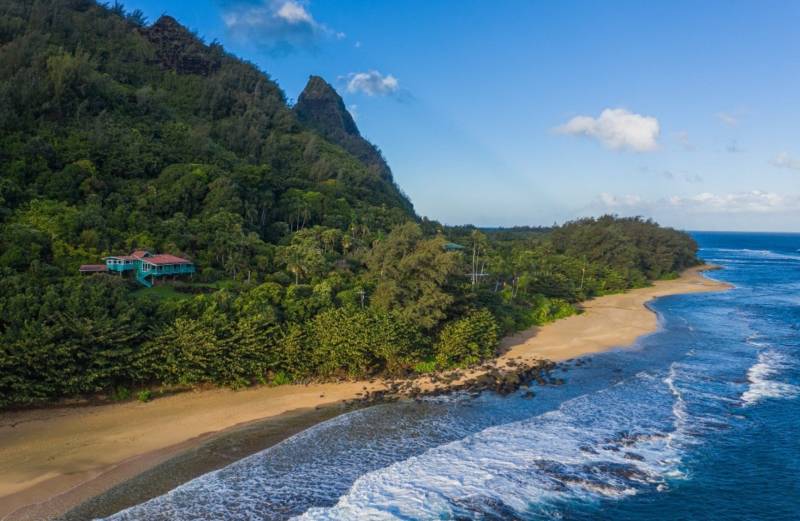 While the property spans about two acres, including a home that’s approximately 1,500 square feet, it lives well beyond its borders. Natural treasures surround the place, and the number of fresh-air activities seem boundless—from surfing and snorkeling to hiking, swimming with dolphins, and outrigger canoe paddling. “It’s a very quiet, but very cool, pedestrian area,” Norman says of the area. “Everyone walks or rides bikes.” And when you feel like heading to town, the mellow surf village of Hanalei is about 15 minutes by car. “It’s not for everybody, it’s for those who ‘get it’,” Norman says of the property: “It’s one of those houses you can’t say enough about to communicate how truly special it is.” 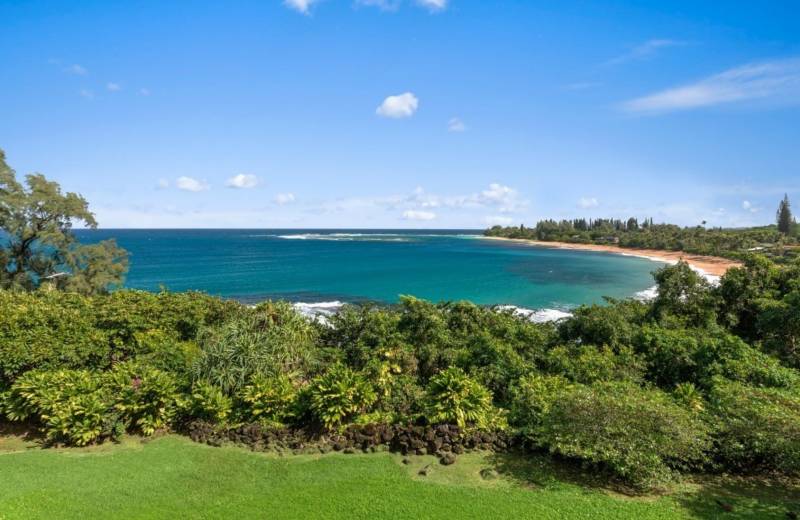 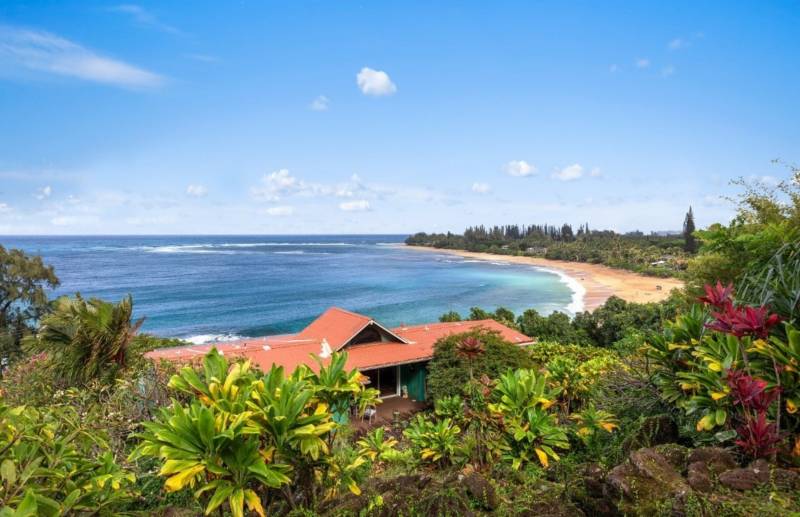 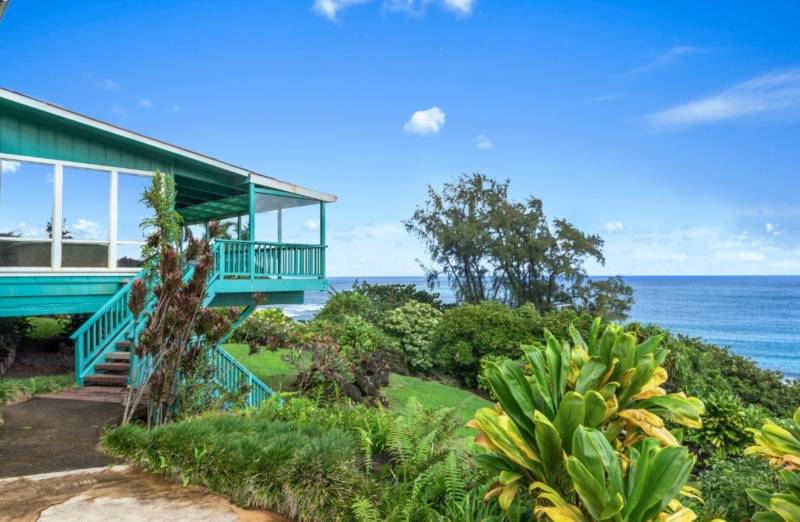 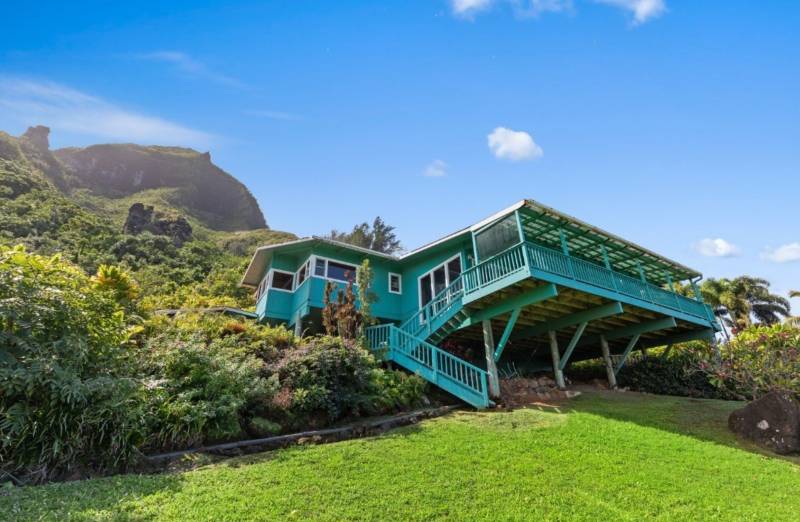 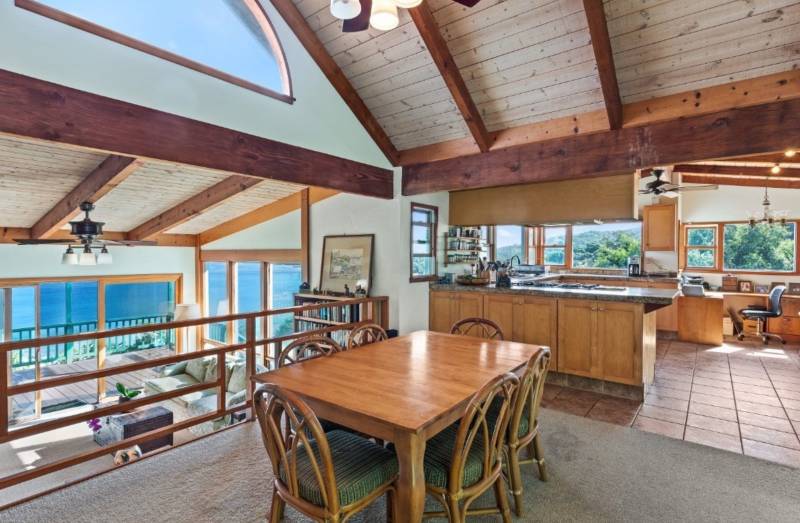 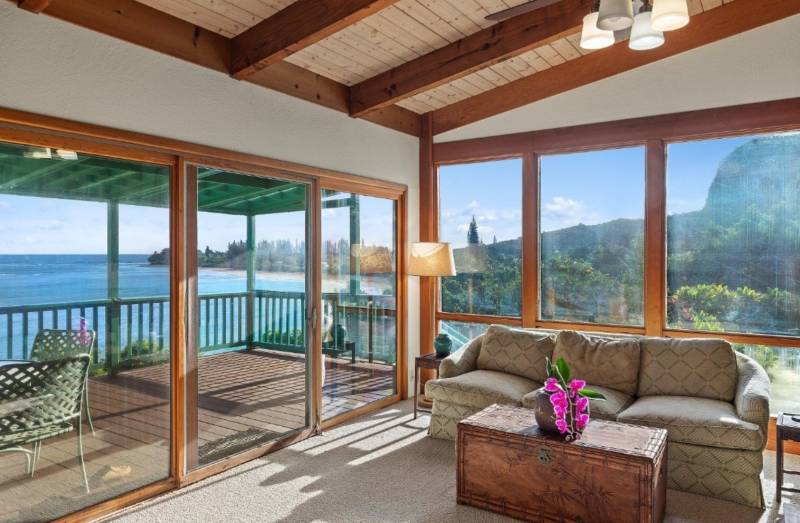 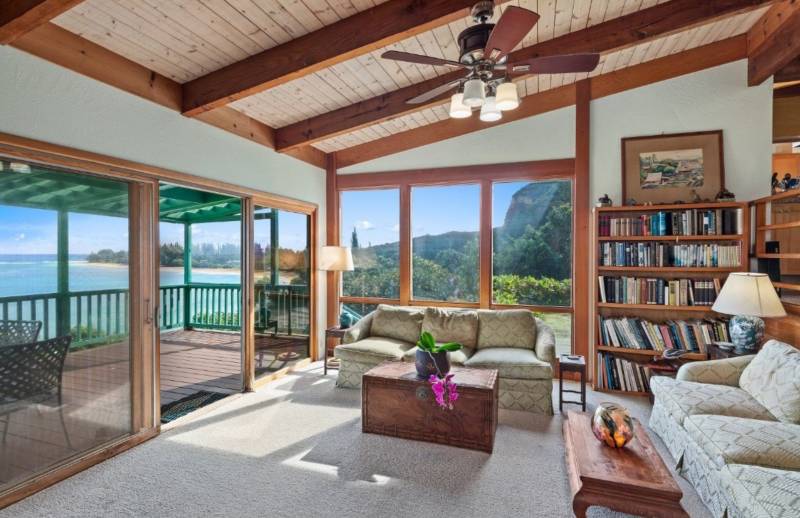 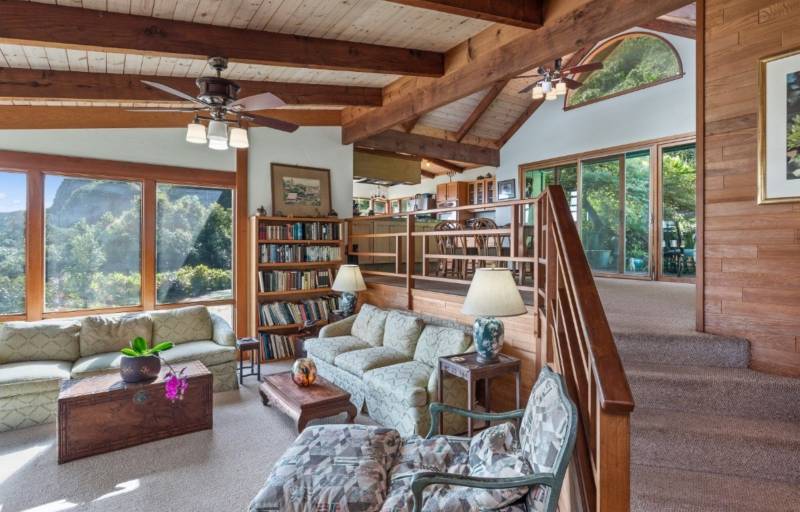 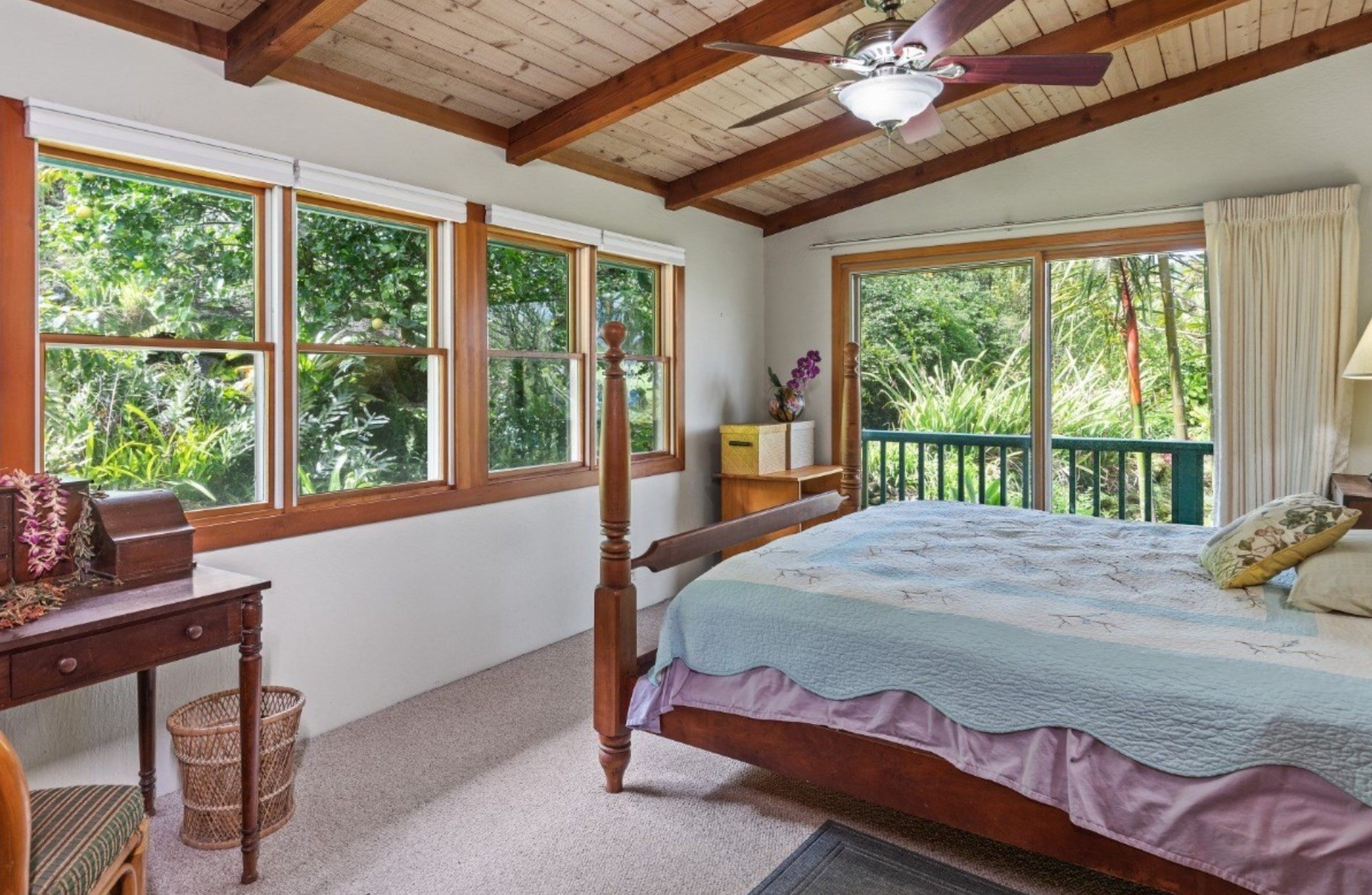 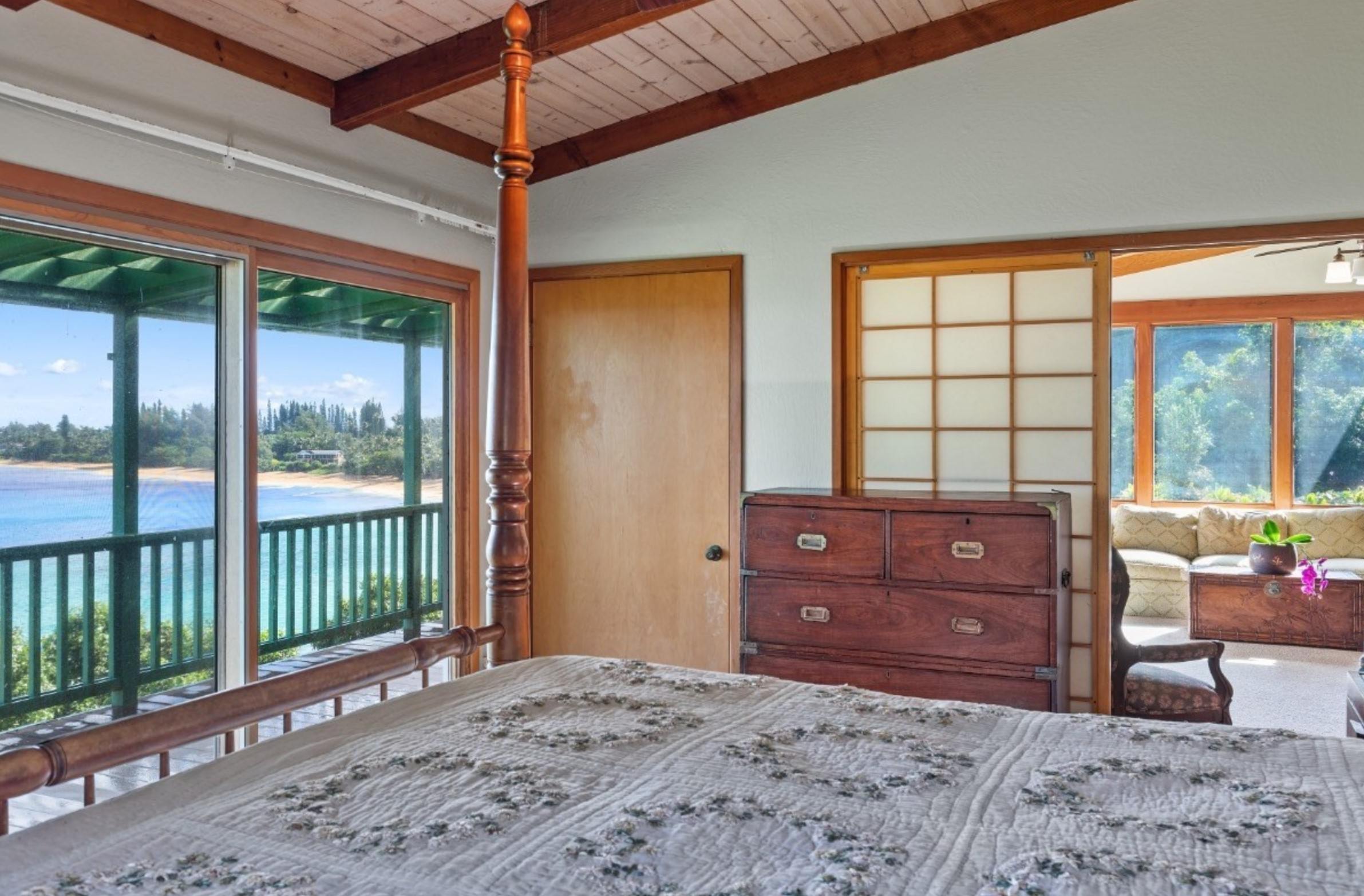 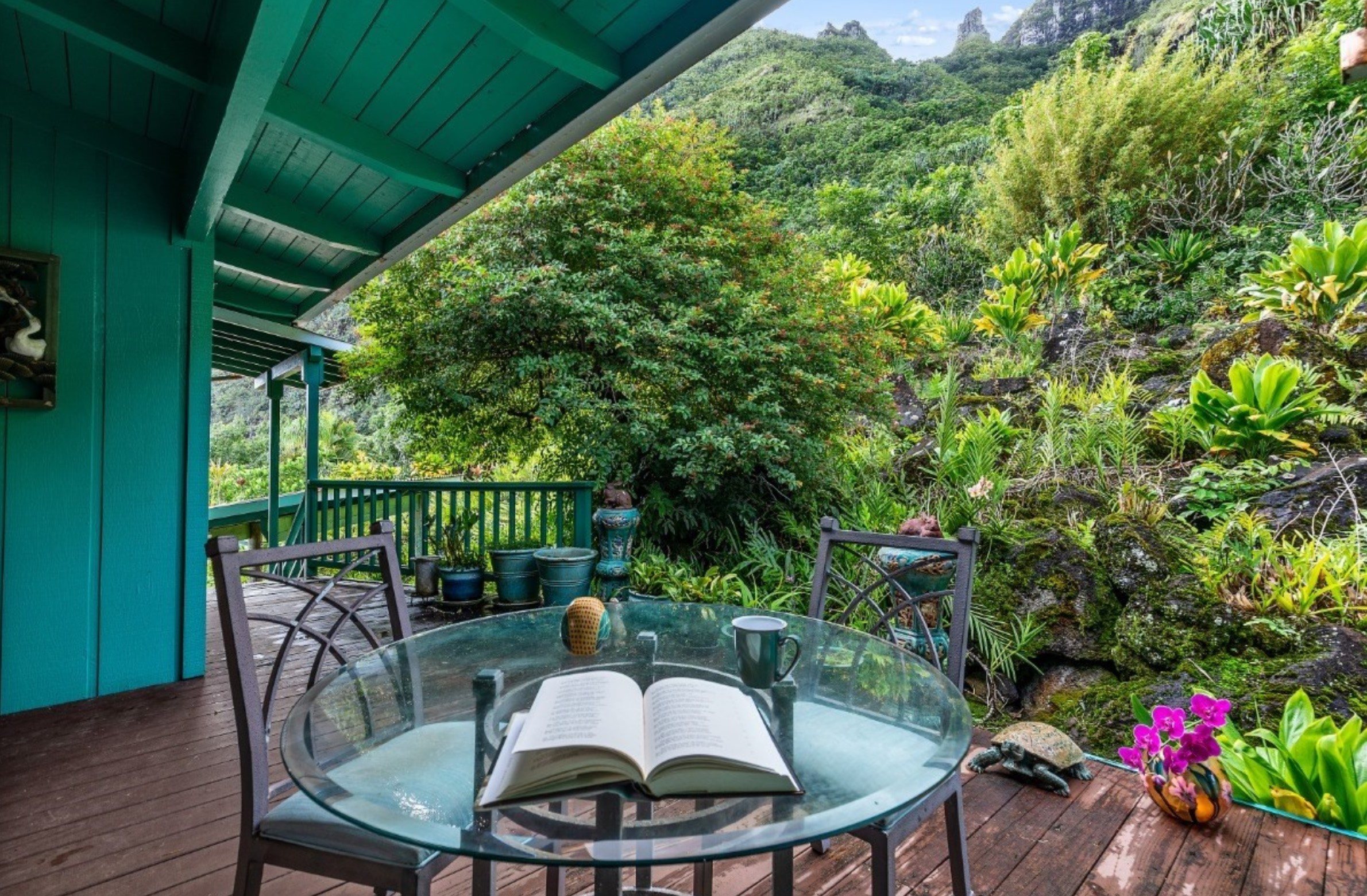 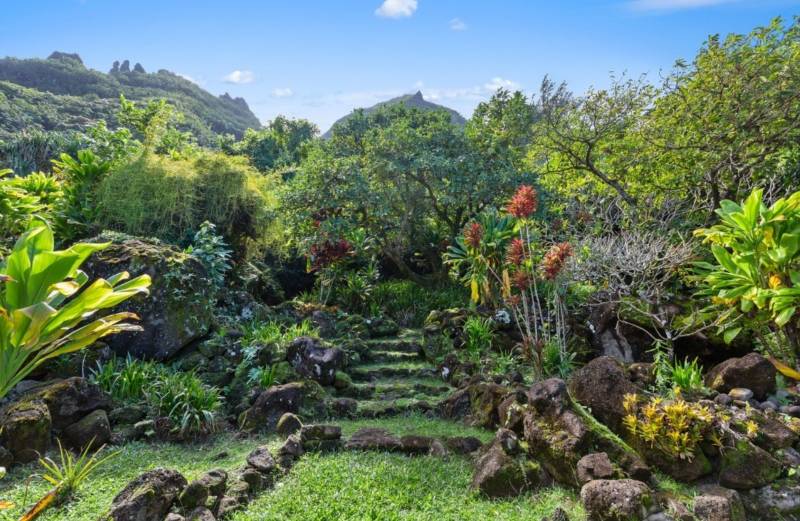 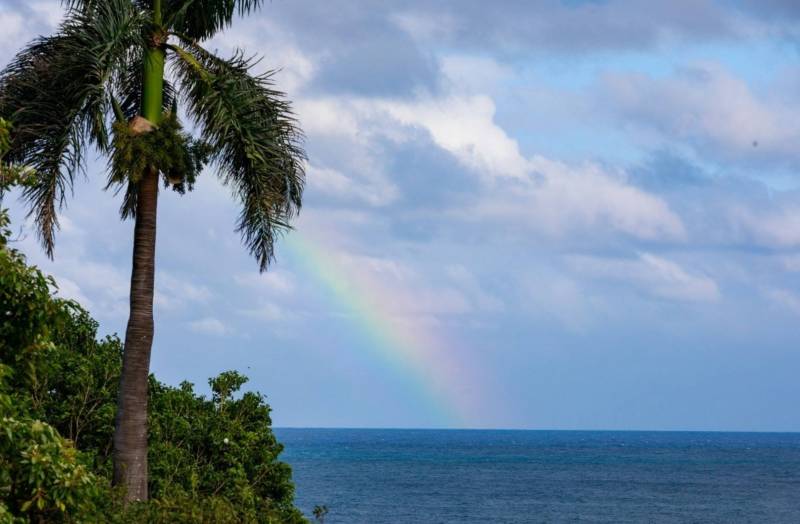 Hi , hope you’re doing fine.
We are french , and interested in buying this type of house.
What is the price please?
Kind regards ,

Right across from a beautiful sandy beach in North Kihei. Kihei Holiday 311 is located up on the 3rd floor …