Waimea on is a charming, upcountry town located at 2,600 feet above sea level Hawai’i Island. The town is set against the majestic backdrop of Mauna Kea. On a clear day, Mauna Kea overlooks the deep blue of the Pacific Ocean in all directions. It’s arguably one of the most unique places to live in the entire State of Hawai‘i, with its cooler climate, rich history and lifestyle. 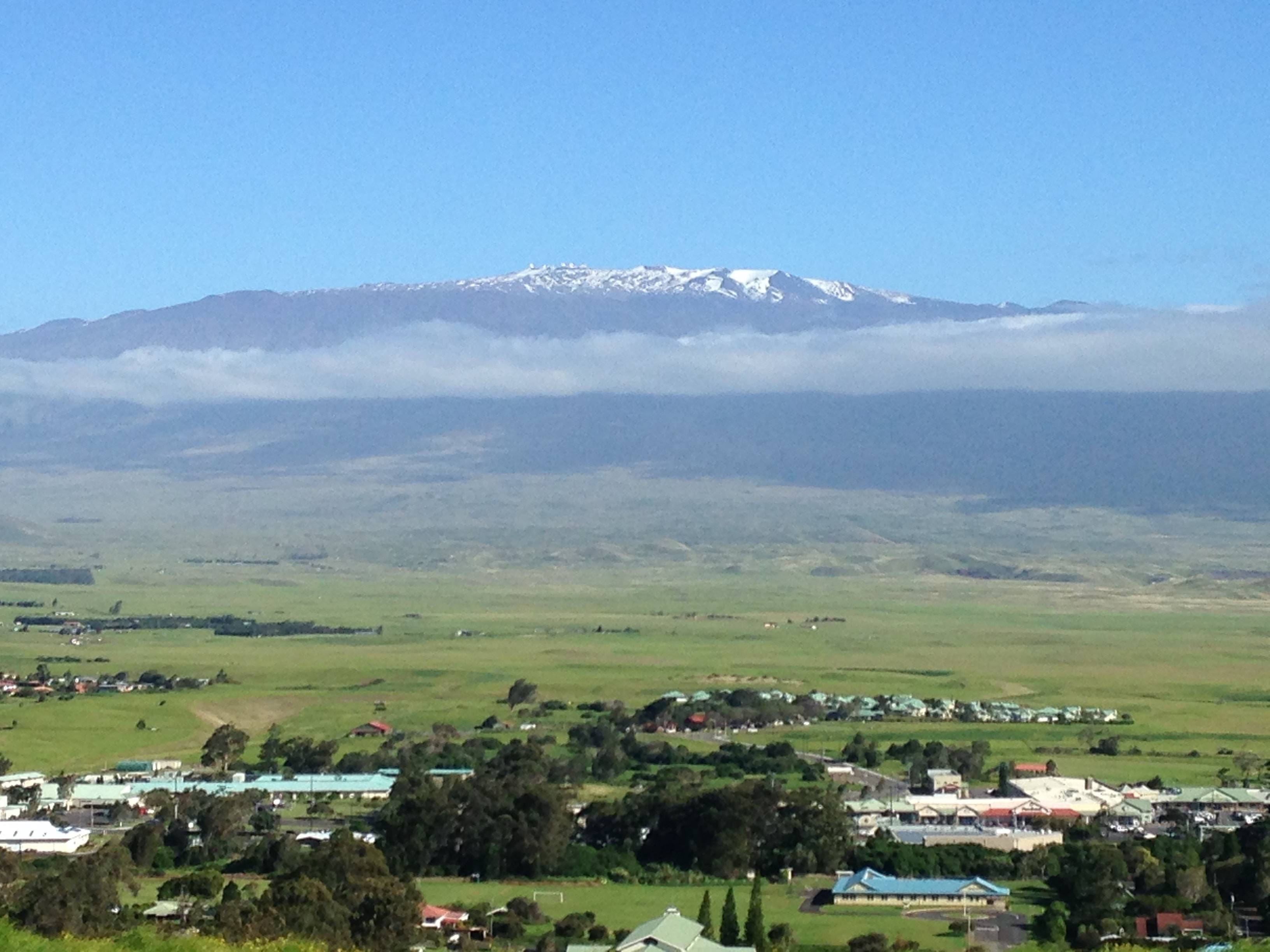 Waimea with Mauna Kea as a backdrop

Waimea (locally known as Kamuela) is bursting with rich ranching traditions and history. It’s one of the oldest, most established communities on Hawai‘i Island. It grew up under the influence of nearby Parker Ranch, an enormous cattle ranch by any standards at more than 250,000 acres. Parker Ranch was established more than 160 years ago. Waimea is still today the heart and center of the lives of the many ranchers employed in the rolling hills nearby.

Kamuela is the Hawaiian language equivalent of Samuel – chosen to honor Samuel Parker of Parker Ranch, a family member with Native Hawaiian heritage who played a central role in local politics during the late 19th and early 20th centuries. Since the U.S. Postal Service does not allow for a state to have more than one post office with the same town name — and since there are Waimea towns on the islands of Kaua‘ i and O’ahu — the Big Island Waimea’s official post office name is Kamuela. 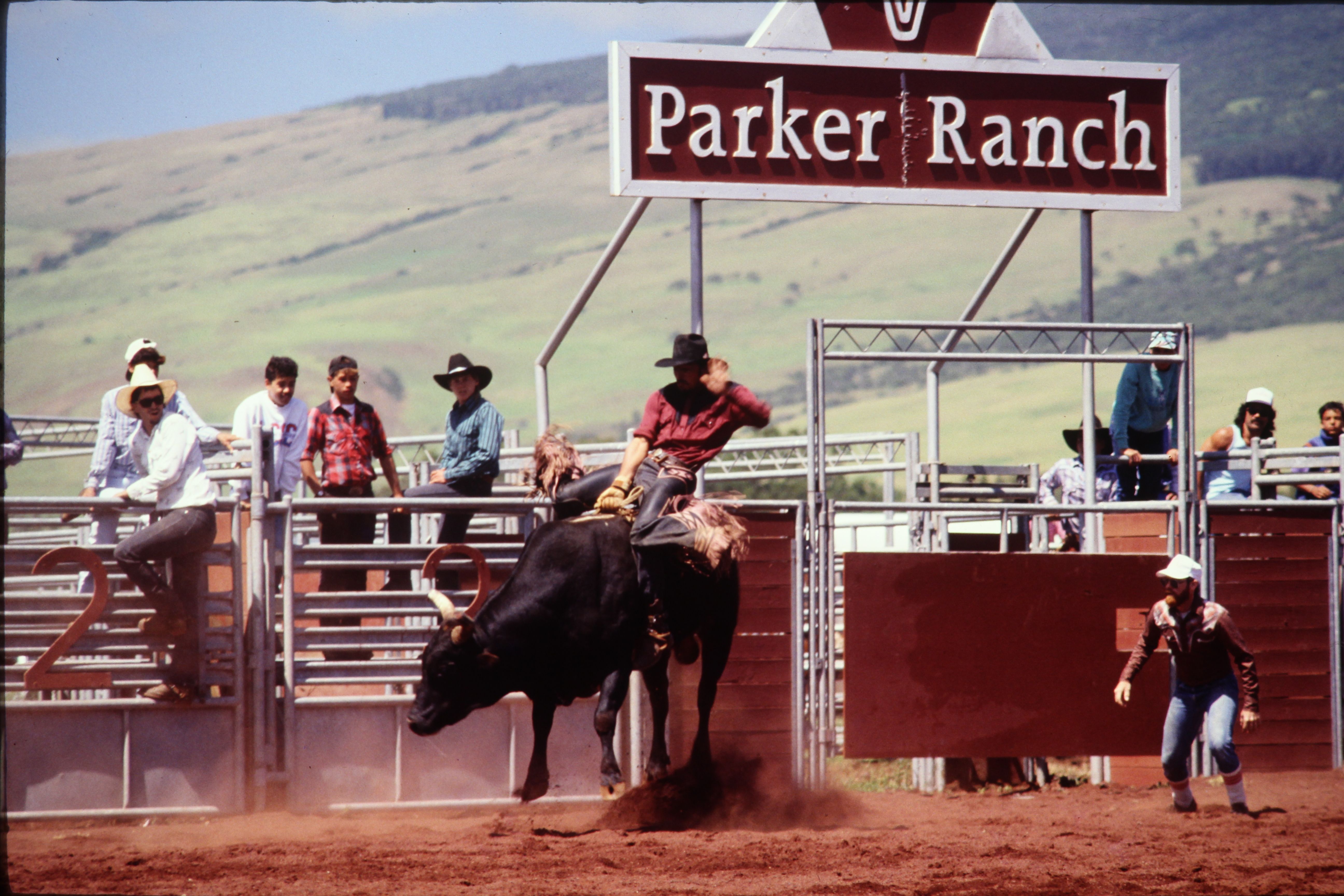 Cozied up next to the ranching and farming traditions of the area, you’ll find world-renowned scientists and astronomers. International astronomical organizations have made Waimea their headquarters due to the town’s proximity to the many observatories near the summit of Mauna Kea, a sacred location for Native Hawaiians.

The scientific teams from the W.M. Keck Observatory and Canada-France-Hawai‘i Telescope make Waimea their home. Tourism and real estate development strongly influence Waimea’s economy as well, which has been boosted by the growing population of the many resort communities that have sprung up since the 1960s along the nearby Kohala Coast. 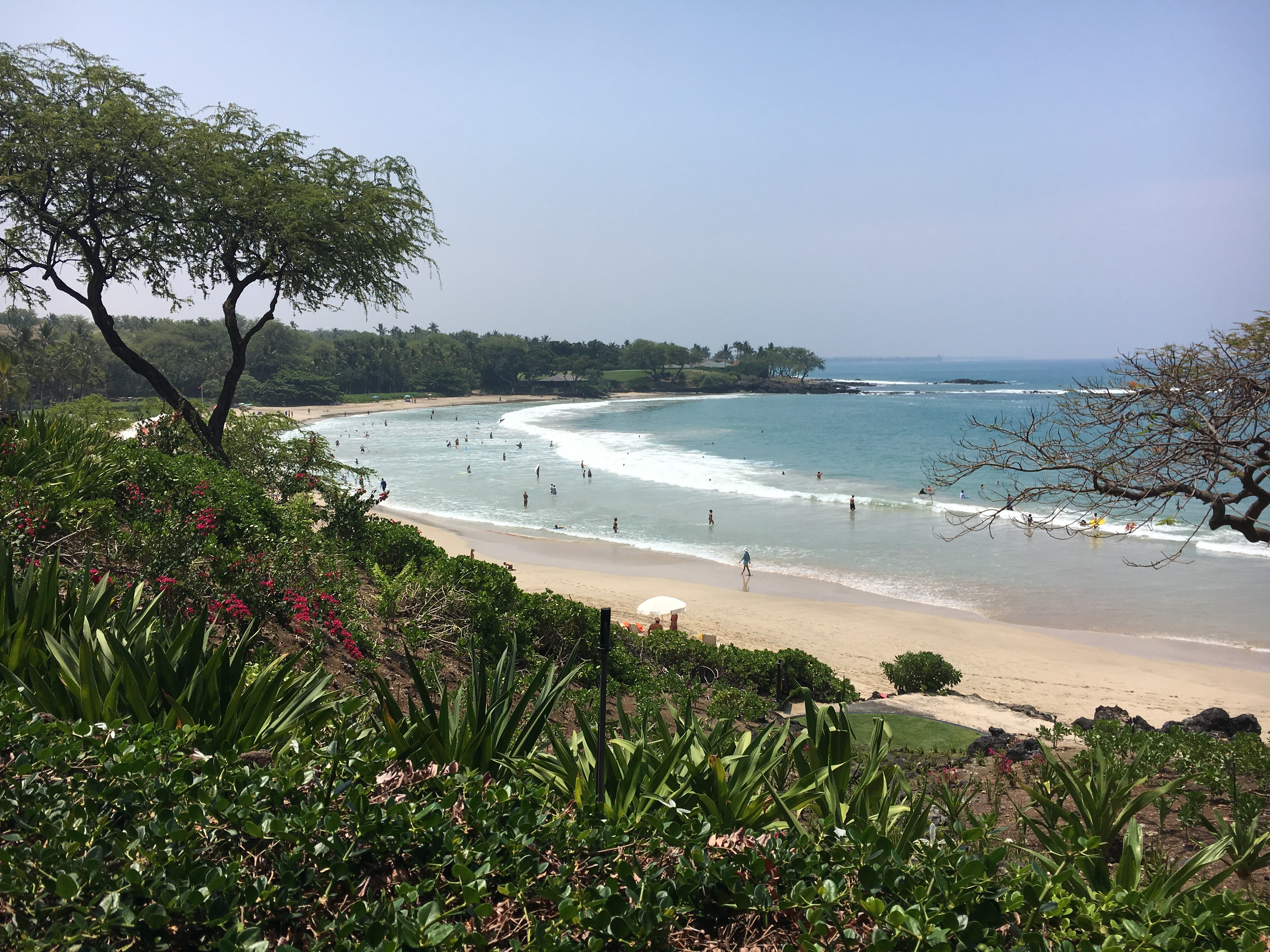 Big Island residents will tell you, with no small measure of pride, that the Robb Report named Waimea one of the best 10 towns in the country to live in back in 2000. The luxury magazine focused on matters important to the very wealthy. Waimea’s inclusion in such a list, we must admit, still takes us a little by surprise. An internet search yielded evidence (if not the original) of this “top 10” list from 2000, published at the turn of the millennium, when the internet was still young and new.

For many state residents, the inclusion of Waimea on a list that included Palm Beach, Aspen, Manhattan and Grosse Pointe might seem like comparing apples and oranges. That isn’t to say that we don’t understand the tremendous appeal of Waimea. Hawai‘i residents have a deep respect for the tradition of ranching and farming in these islands. We are proud of Hawai‘i’s paniolo, or cowboy heritage. So how did Waimea get on the radar as a lifestyle destination for the rich and famous? 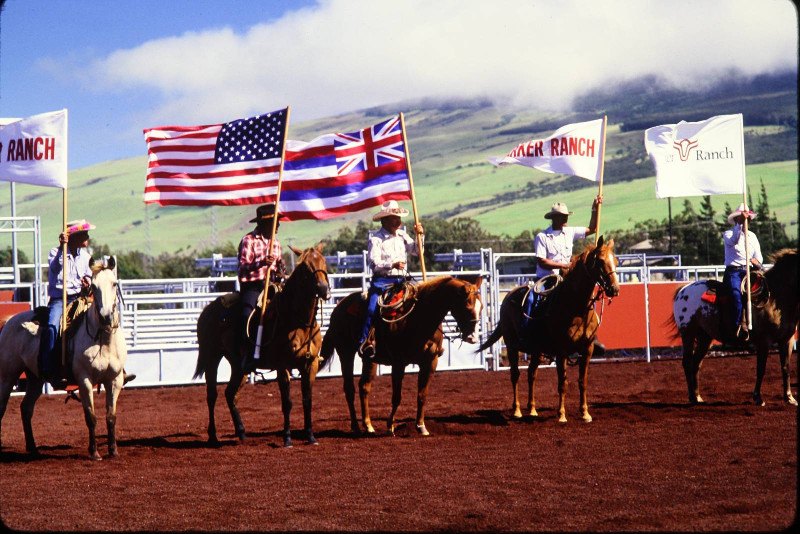 Waimea is so many wonderful things, but it’s not the luxurious, beachside resort town that many visitors imagine when they think of Hawai‘i. It’s completely unlike any other town in the state, with its high altitude and eclectic mix of residents. Its appeal is uniquely its own, and it holds a strong pull for a lot of people.

It’s diverse community, made up of ranchers, resort employees who travel to the nearby sunny Kohala Coast for, and scientists and astronomers who work in the observatories at the top of nearby Mauna Kea. It’s unlikely mix of retirees, young families, locals and returning Hawai‘i residents – all looking for a quiet, safe community away from the hustle and bustle of those very same resort communities. The result is an agreeable mix of sophistication, friendliness, charm and down-home comfort. 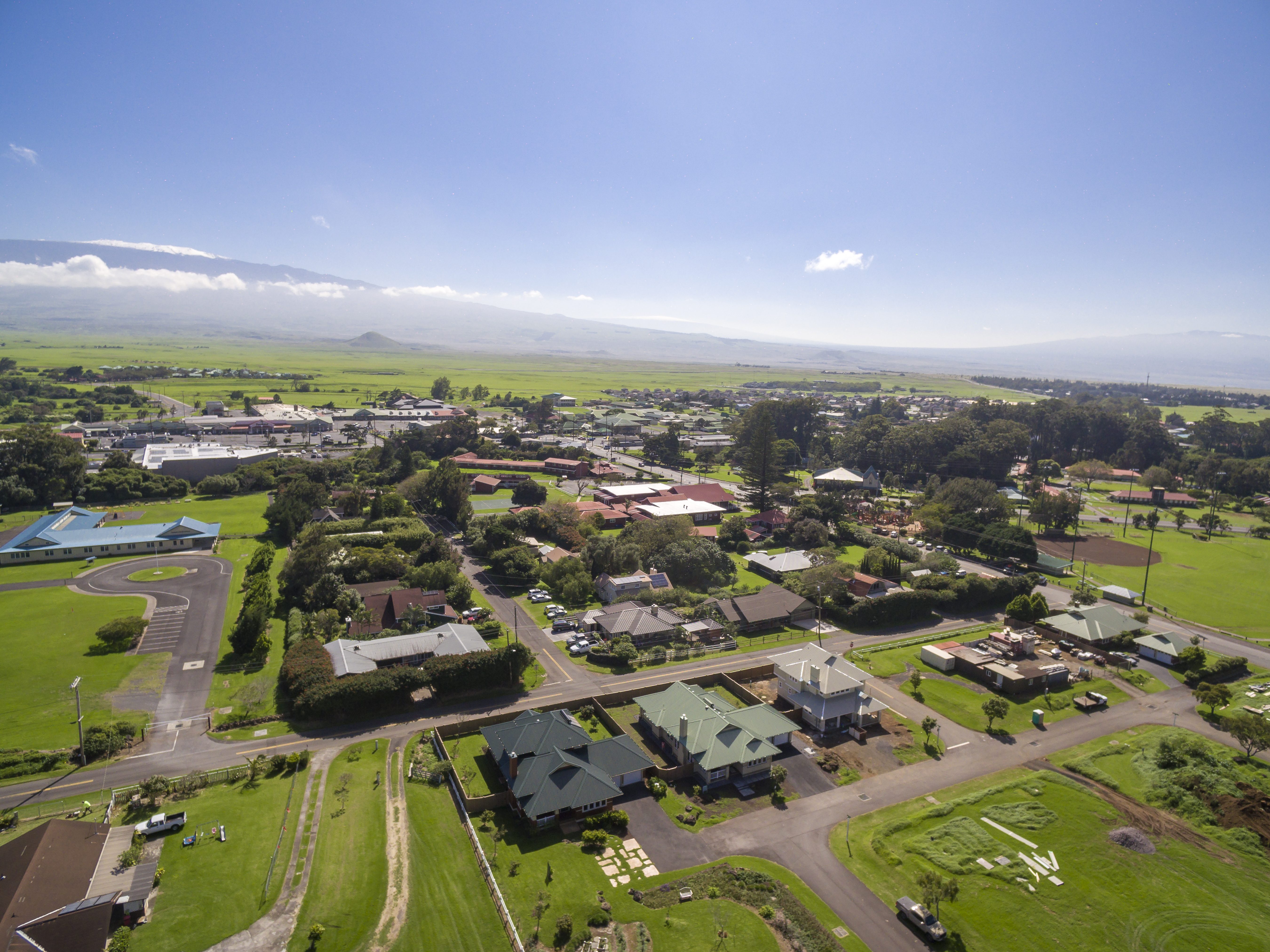 With plenty of wide open spaces and nearby beaches, Waimea has become known for its excellent private schools, cultural offerings, and farm-to-table dining, all of which sits comfortably with the local paniolo culture that prevails. Waimea town also boasts the well known Kahilu Theater.

A retired actor, Richard Smart launched the local Kahilu Theatre in 1980 and named it for his mother, Thelma Kahiluonapua’api’ilani Parker. As the sole heir to the Parker Ranch, Richard Smart spent 30 years performing on Broadway in NYC, and in cabarets and clubs around the world. He was a headliner at the Coconut Grove in Los Angeles, the Monte Carlo in New York and the Lido in Paris, before returning to Waimea to tend to his family’s legacy. 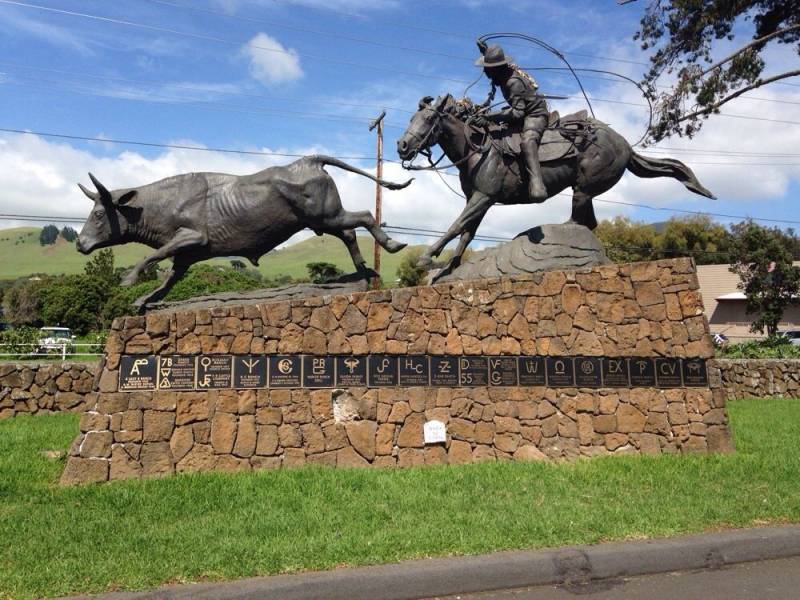 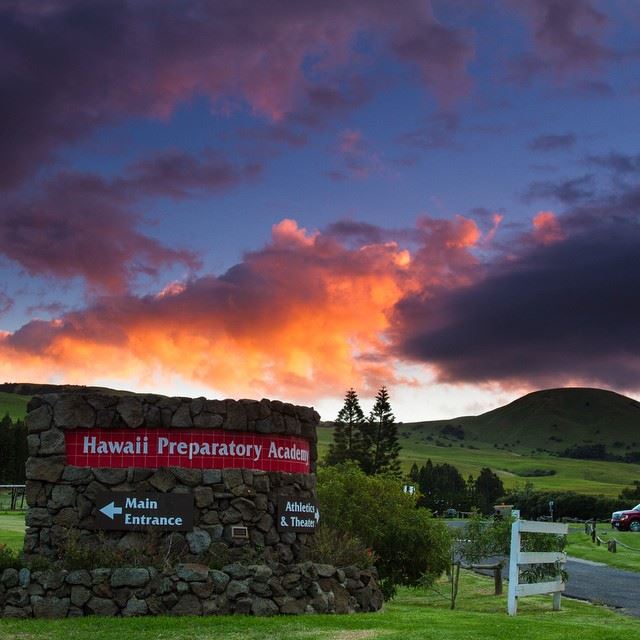 Photo by Will Savage 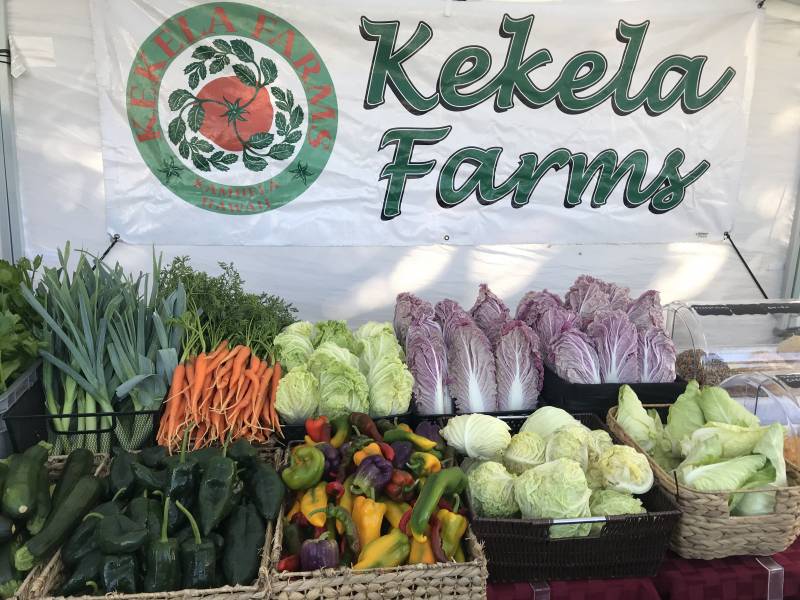 Waimea is at the epicenter of the farm-to-table and ranch-to-table movement and Hawai‘i’s flourishing fine dining scene. Hawaii Regional Cuisine developed, in part, under the influence of French-trained chefs who looked to local producers to create a homegrown cuisine with local ingredients.

Waimea’s local farmers’ markets are top-notch — unrivaled in Hawai‘i for the quality, freshness, and variety of the produce and products on offer. At a typical farmers’ market, you’ll see plenty of residents from the Kohala Coast who’ve driven up to Waimea for some delicious fare.

For more information, please contact me at 808-987-7931. Waimea is my hometown and I’m happy to answer any questions, share my Big Island knowledge or help you find your Hawai’i property.

Wameia is a great place that someone can live in. It was my dream to visit it, in May 2020 to attend my daughter ‘s graduation in Parker School, she was an exchange student, she lived in Waimea for two years, but due the covid 19 crisis, my dream vanished and couldn’t visit.
Waimea has more wonderful things other than that you have mentioned. The people are kind and generous, they will not hesitate to help anyone, with nothing in return.
Really Waimea is a great place to live on the big island

Aloha Claude – I agree – the people are kind and generous! Good point 🙂

Great blog, Julie! I love Waimea and am only a little bit jealous 🙂

> Thanks Cherie! You have a place to stay here anytime – come visit! 🙂 Hope all is well!!

Aloha Dear Friends, When buying a home many of you know how important it is to live in a wonderful …

Aloha Dear Friends, I trust this blog finds you well, thank you for taking the time to read my blogs. …