Edith Kanakaʻole To Be Featured on U.S. Commemorative Quarter in 2023

The design has just been released for the commemorative quarter honoring the late preeminent Hawaiian cultural practitioner Edith Kanakaʻole, to be minted in 2023 as part of the U.S. Mintʻs American Women Quarters program. 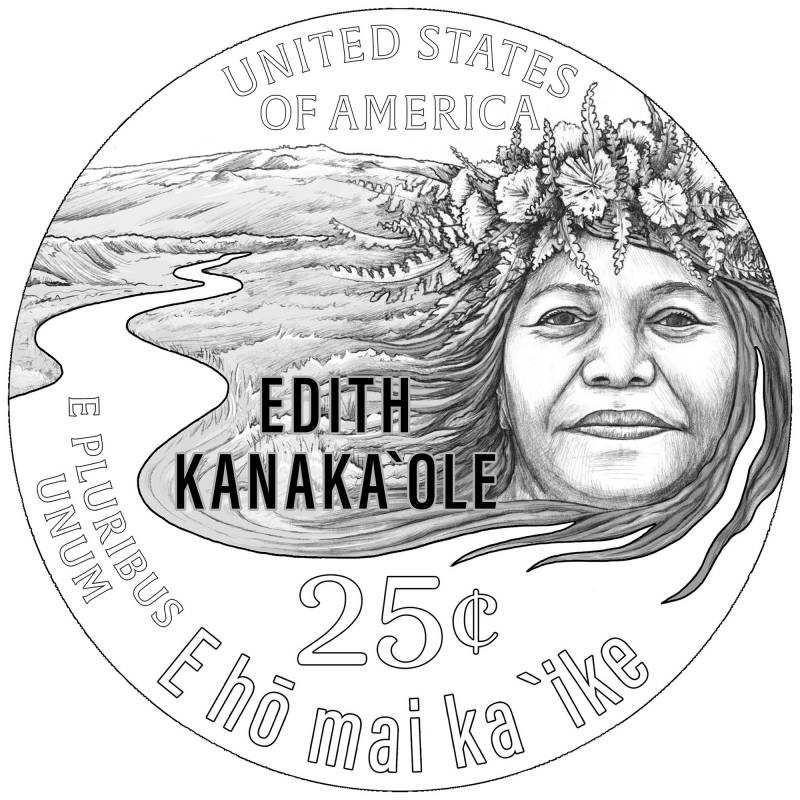 The coin is the 7th released in a four-year program in which the Mint selects each year up to five women from ethnically, racially and geographically diverse backgrounds to be honored for their contributions to the development and history of the United States. Also honored in 2023 will be Bessie Coleman, first African American and first Native American woman pilot; Eleanor Roosevelt, first lady, author, and civil liberties advocate; Jovita Idar, Mexican American journalist, activist, teacher, and suffragist; and Maria Tallchief, America’s first prima ballerina and a Native American.

Who Was Edith Kanakaʻole and Why Should You Know About Her? 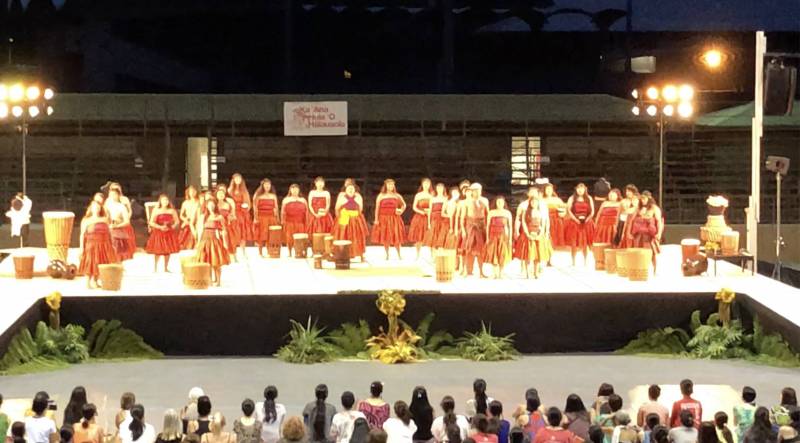 Members of Hālau o Kekuhi take the stage in 2018 at the Edith Kanakaʻole Stadium in Hilo, performing at Ka ʻAha Hula ʻO Hālauaola conference for hula teachers and masters to reconnect to the source of the knowledge in Hawaiʻi.

The U.S. Mint website does a surprisingly good job of describing the impact Aunty Edith Kanakʻole had on reviving and preserving Hawaiian cultural knowledge and practice, both within the traditional cultural community of practice, and within the formal educational system at both public school and college levels. It says: “Edith Kanakaʻole was an indigenous Hawaiian composer, chanter, Kuma Hula, and a custodian of native culture, traditions, and the natural land. Her moʻolelo, or stories, served to rescue aspects of Hawaiian history, customs, and traditions that were disappearing due to the cultural bigotry of the time.”

It describes the coinʻs design that “depicts a portrait of Edith Kanakaʻole, with her hair and lei poʻo (head lei) morphing into the elements of a Hawaiian landscape, symbolizing Kanakaʻole’s life’s work of preserving the natural land and traditional Hawaiian culture. ”

If there is one thing I have learned in four years as Hawaii Lifeʻs Director of Conservation and Legacy Lands, it is that the relationship between ʻāina (land) and kanaka (people) is indeed preserved through the stories (often told in chant and hula) and cultural practices. Those of us wanting to preserve and steward lands in Hawaiʻi defer to the knowledge that has been passed down for generations. 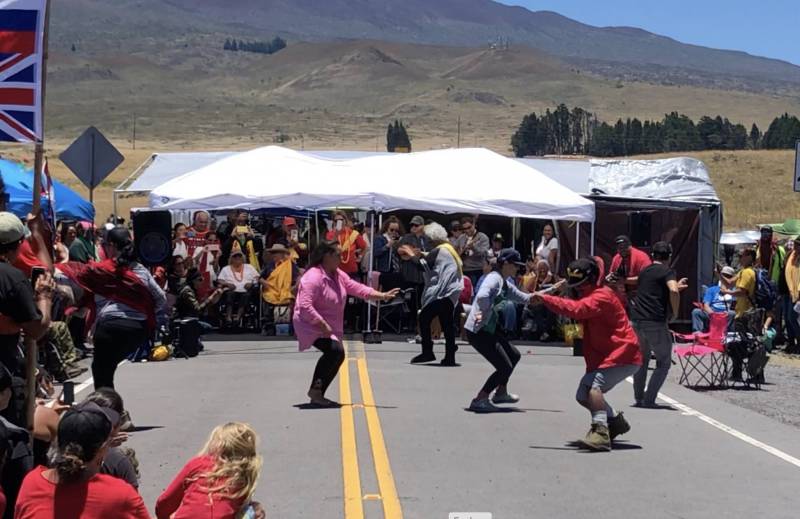 Pualani Kanakaʻole Kanahele leads hula to her motherʻs composition Ka Uluwehe O Ke Kai on the Ala Hulu Kūpuna in 2019.

The name and legacy of Edith Kanakaʻole is important for you to know, as a visitor, newcomer or longtime resident of Hawaiʻi, not only because of what she achieved during her lifetime, but also because of the legacy that continues. Her family, her hālau, and her Foundation continue to stand for the integrity of cultural practice and ike kūpuna, ancestral wisdom and knowledge in intimate relationship with the land of Hawaiʻi. In our relationships with Hawaiʻi, it is good that we allow ourselves to be reminded by the line of the familiar chant inscribed on the quarter: E hō mai ka ʻike. Grant us wisdom

> Thanks Cherie! I know you to be a fellow seeker of wisdom, which is, according to the ʻolelo noeau, not all found in a single school!

Happy Aloha Friday! This weekend we have a couple great events honoring Polynesian culture. Gathering of the Voyagers takes place …

Hula on Maui: A Study in Connection & Communication

King Kalakaua once said “Hula is the language of the heart. Therefore the heartbeat of the Hawaiian people.“ And my …

History of Hula One tradition relays the story of the first sharing of hula at Haena, a beach near Keaau …

Is the Welcome Mat Out for Newcomers to Hawaiʻi?

You know the “sandwich” technique for giving feedback? Like when you have something you need to say to a team …