Pristine white sand beaches are iconic to Hawaii, and the Big Island’s North Kohala Coast is home to some of the most stunningly unique beaches in the country. Scattered between the residential resort communities and charming small towns that predominate the area, there are plenty of glorious beach destinations perfect for any occasion, from a family day trip to an exotic sunset hike. 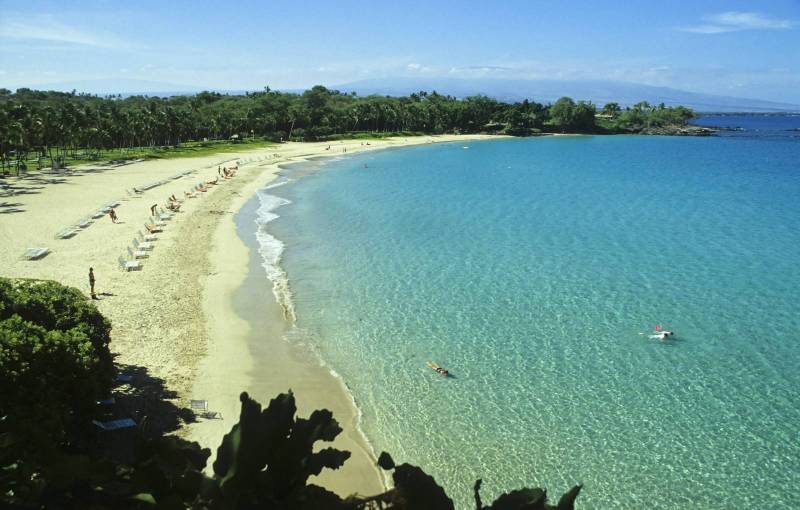 The North Kohala Coast is home to some of the most stunningly unique beaches in the country, including Kauna’oa Beach, pictured here.

Some Big Island buyers are surprised to learn there actually aren’t miles upon miles of white sand beaches on the island. The Island of Hawaii is actually less than one million years old and significantly younger compared to its neighboring islands, like Maui and Oahu. Because the island’s environment is relatively early in development, it has a greater geological variety of beaches.

From black sand, crystal green sand, white sand, coral and even lava rock beaches, the Island of Hawaii offers an extraordinary array of beaches and beach parks that draw many buyers to purchase a home in one of the beautifully located Kona-Kohala coast resort communities. 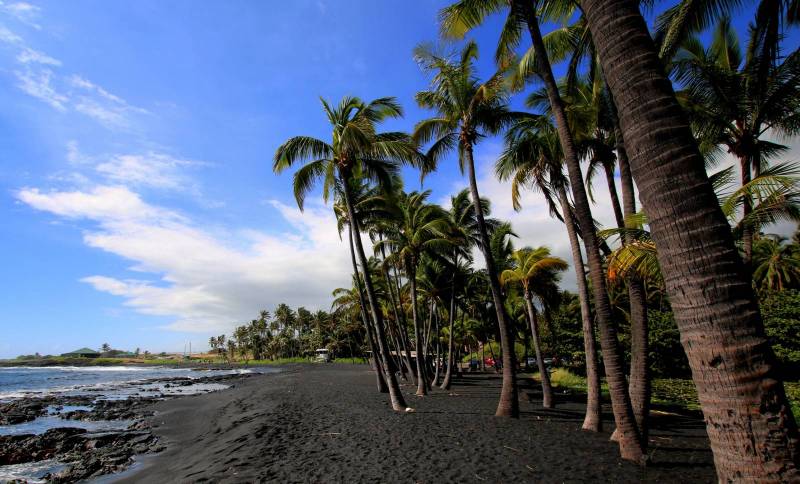 In this prime location, the North Kohala Coast has more white powder sand beaches than any other part of the Big Island. It also enjoys more hours of sunshine — it’s one of the driest parts of the island, receiving only 10 inches of rain annually — making the North Kohala Coast the ultimate locale to plan the perfect beach day and a highly desirable area for buyers and residents.

Here’s a guide for Mauna Lani Resort community residents looking for an escape to their own sandy paradise, including some quiet, off-the-beaten-path beaches, water sport-friendly beaches, places that are perfect for family day trips, picnics, or exotic beaches to discover something unique. 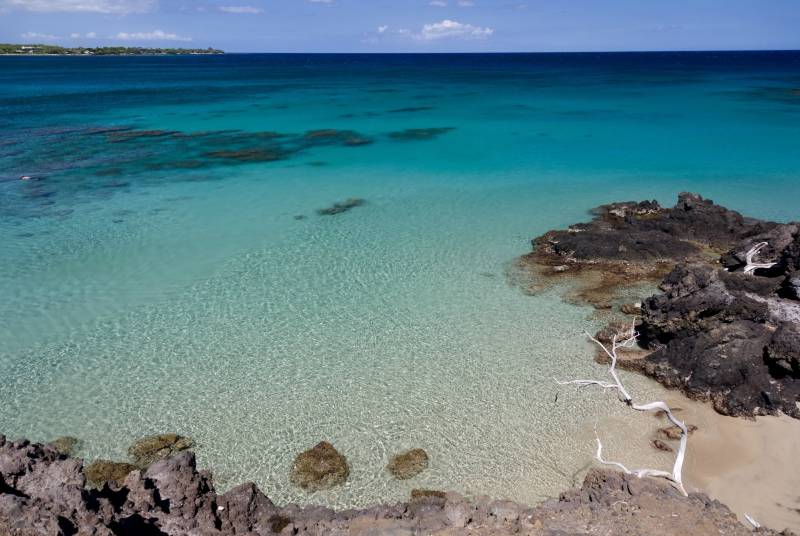 Waialea Bay aka “Beach 69” is a secluded white sand beach perfect for swimming and snorkeling.

Hapuna Beach is a landmark white-sand beach that’s considered one of the most dazzling on the island, and in the world. It’s rated the 17th best beach in the United States for its picture perfect white sand and ideal conditions for swimming.

Located in Puako, a short drive from the bustling Mauna Lani Resort community, Hapuna is known for its glassy blue waters, white sand, and tide pools filled with marine life. It stretches a half mile and has excellent facilities, including ample parking, food vendors, picnic areas, restrooms, and showers. 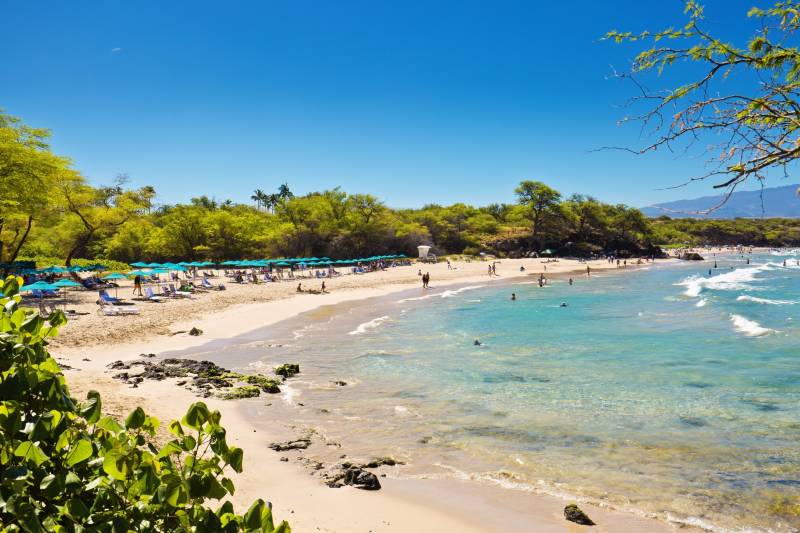 Hapuna Beach is one of the most popular white sand beaches on the Big Island of Hawaii.

There are two coral reefs along the sides of the beach, particularly the south side — which make it great for snorkeling — while leafy palm trees provide plenty of shade. There are also nearby amenities, including beach concessions, restaurants, restrooms, outdoor showers and water sports rentals (stand-up paddle boards and snorkeling gear)

At night, the Mauna Kea Beach Hotel turns floodlights on over the water to create a manta ray disco party. Plankton are attracted to the light, which attracts manta rays — large, harmless creatures that love checking out swimmers and divers. Learn more about the Manta Ray Night Dive.

Papakolea is a secluded green sand beach on the southernmost tip of the Big Island between Kona and Volcano Village. It’s about a two-hour drive from Ke Kailani, but the incredible views are worth the drive. It’s actually one of only two green sand beaches in the United States, and it’s “sand” is made up of green glassy olivine crystals — also called Hawaiian diamonds — that washed out of a 49,000-year-old cinder cone on the east side of the bay.

Papakolea is not easy to reach — it’s about a five mile hike round trip, including a moderate descent down a lava cliff on the west side of the bay — so be sure to pack plenty of water, food, and sunscreen. 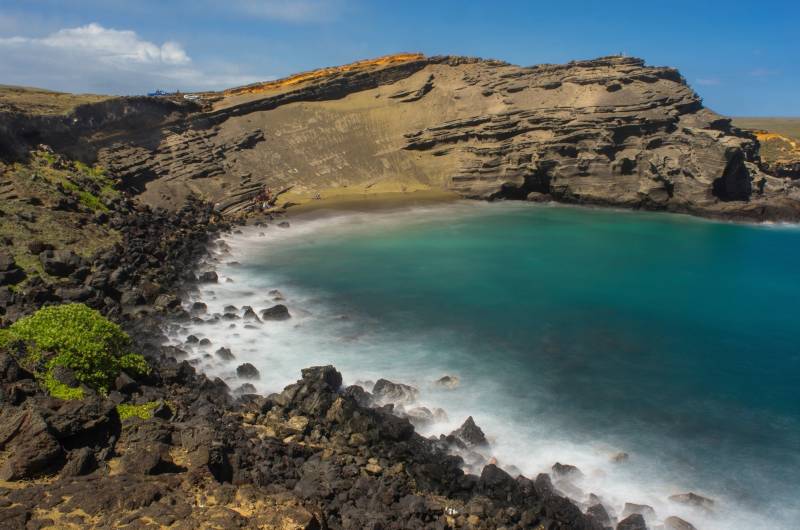 Papakolea is a green sand beach on the southernmost tip of the Big Island between Kona and Volcano Village.

Punalu’u Beach is the infamous black sand beach on the Big Island of Hawaii that’s just over two hours from Ke Kailani.

The black sand is actually tiny lava fragments that were created when hot lava entered the ocean. In the process, the lava instantly cools, solidifies and shatters, creating large amounts of black sand. The black sand retains heat extremely well, which makes it a perfect nesting area for sea turtles, including the endangered Hawksbill and green turtles.

Punalu’u is easy to access with nearby parking, but it’s not great for swimming or snorkeling, so snap a few photos on the exotic black sand. 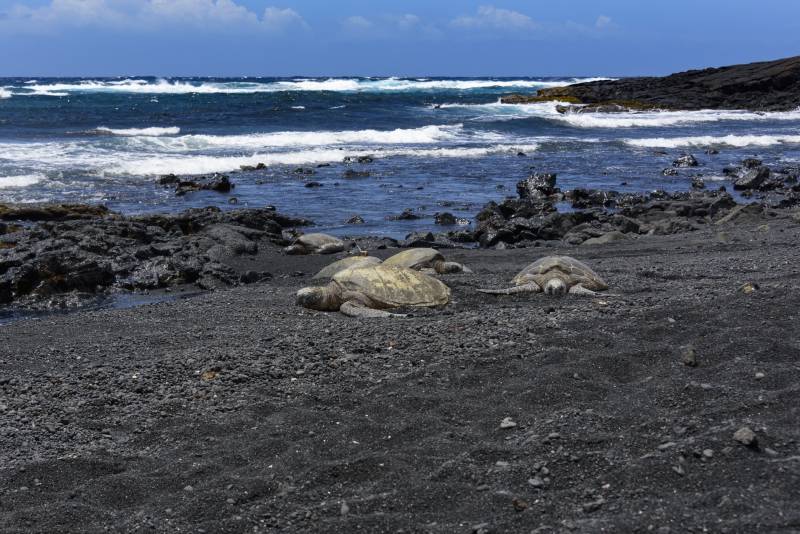 Time for a Financial Fast | Mastering Your finances

Time for a Financial Fast! A financial fast is an opportunity to improve your skills as a steward of your …

It’s a New Year, Which Path Will You Take Today?

Which Path Will You Take? We’ve all heard the saying, ‘New Year, New You!’ and made New Year’s resolutions that …

The Club at Hokulia is an exclusive residential club community located along the Kona Coastline on Hawaii’s Big Island. Stay …