A heartfelt ceremony was held this past Wednesday in the Kaʻūmana area of Hilo, where the paved road ends at the edge of a sizable acreage. The land sits adjacent to a relatively new residential neighborhood.

The celebration marked the end of a long journey and introduced the potential for a fresh start for the people of Bikini Atoll, whose idyllic islands were routinely used as nuclear test sites by the U.S. government throughout the 1940s and 1950s. 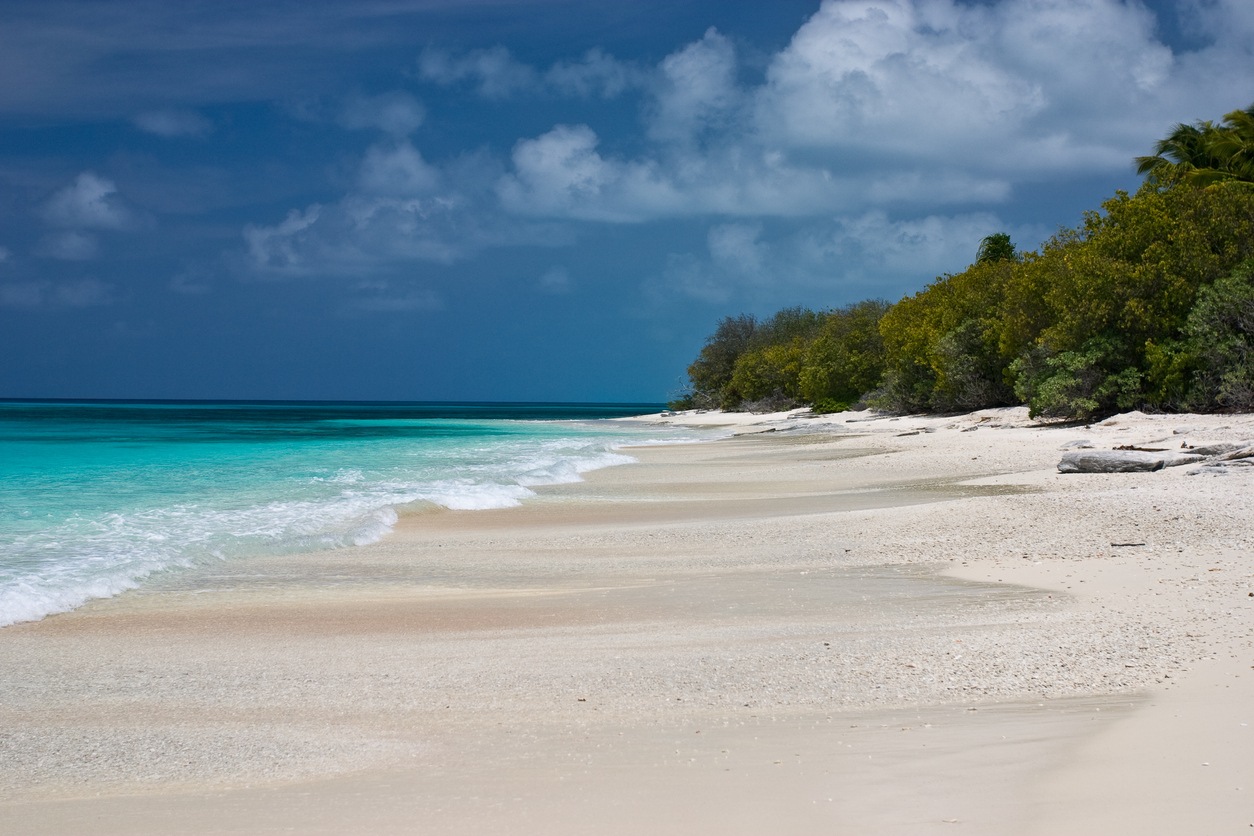 Bikini Atoll is part of the Marshall Islands and consists of 23 islands and a total of just 3.4 square miles of land that surround a central lagoon of almost 230 square miles. Bikini Island is one of the few islands in the atoll that was permanently populated before the middle of the last century.

In total, 23 nuclear devices were detonated across seven test sites in Bikini Atoll, and these left the islands ravaged. Bikini Island residents were forced to relocate to Kili Island and could not return to their island home due to dangerous levels of radioactivity.

Climate change is compounding the problems of these islanders. The low-lying atoll is threatened by rising sea levels. But recent events are lending a more positive outlook to the future for Kili Island residents. 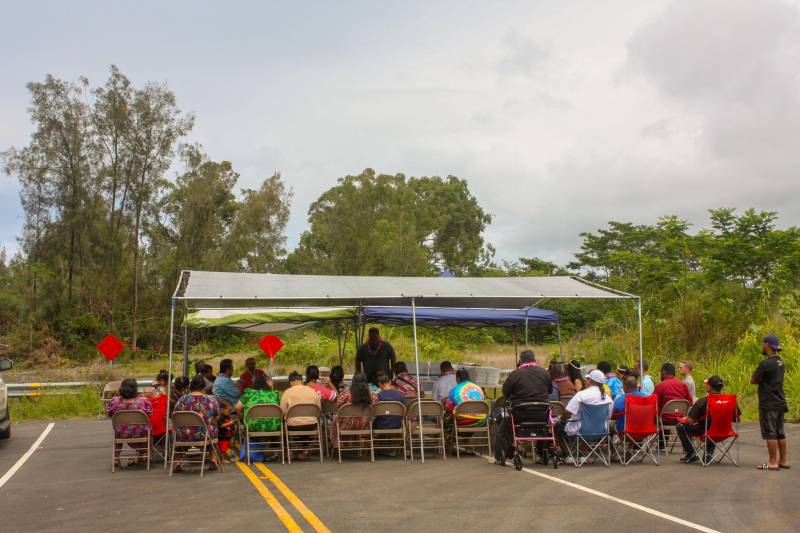 The U.S. government began making reparations to Bikini Atoll residents and other northern atolls in the 1980s, but it wasn’t until recently that residents gained control over their settlement funds.

The Department of the Interior controlled their trust fund, and they were limited as to how much they could spend in a given year. The mayor of the Bikini Ejit Local Government recently wrested control of the money paid in damages, and on behalf of the people of Kili Island, their government has been making sound investments and strategic moves to secure their future.

One of these strategic decisions was the recent purchase of 283 acres in Hilo from Akalea Partners, LLC. It’s the fulfillment of a dream and long-cherished goal for the people of Kili Island, who tried to purchase land on Maui in the 1980s. Their newly acquired parcel extends from the Ainako area all the way Akolea Road. Purchased for $4.8 million, the land is vacant, with a stream running through it. 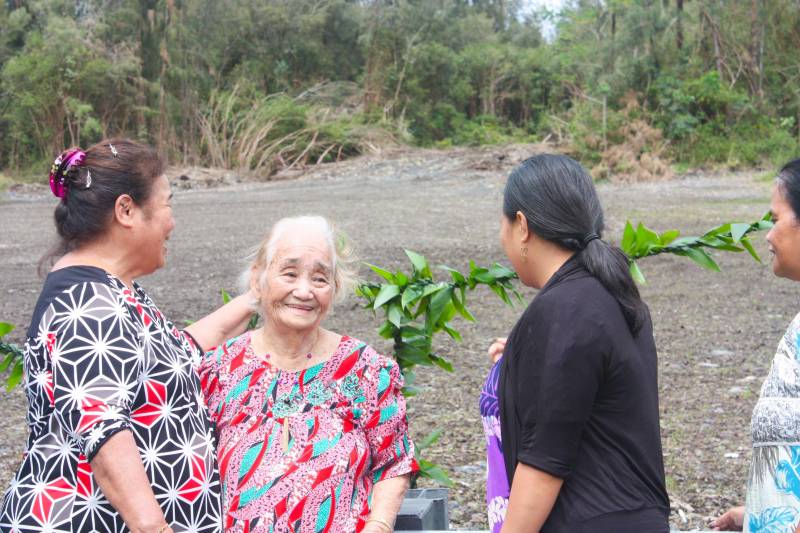 The Bikini Ejit Local Government’s most immediate plans are to develop a large portion of the parcel into one-acre lots. Once County water, roads and utilities reach the development, and the lots are graded to pad, they plan to sell the lots and potentially some spec homes at full market value, thereby recuperating their initial investment.

Ultimately, they are driven by a goal to make their trust grow over time, in order to benefit their people for generations. If climate change drives them from their home, the Kili Island residents would move to the land on Hawai‘i. 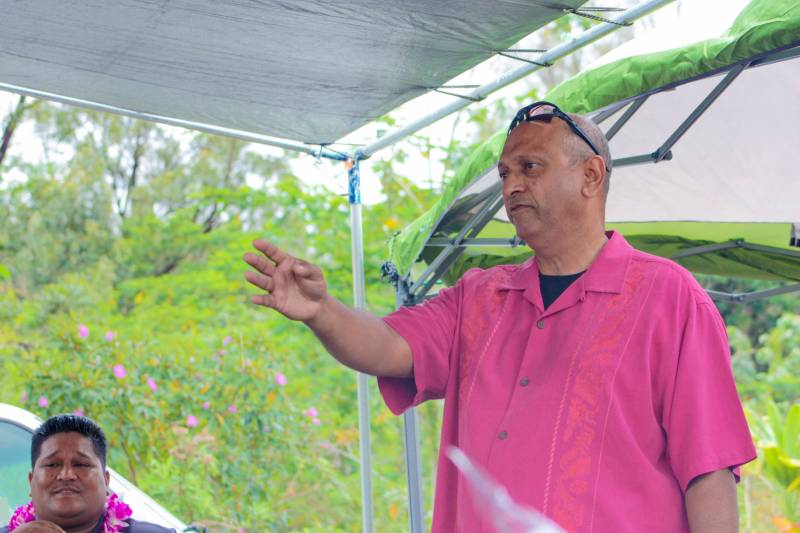 Anderson Jibas, Kili/Bikini/Ejit Local Government’s mayor, attended Wednesday’s celebration, along with some Executive Councilmen, and the former president of the Marshall Islands, Kessai Note, and Gordon Benjamin, the attorney representing the Kili/Bikini/Ejit Local Government (officially an LLC that is owned and run by the local government). A handful of Hawai‘i Life real estate professionals, friends and associates were also there to witness the auspicious ribbon-cutting ceremony. 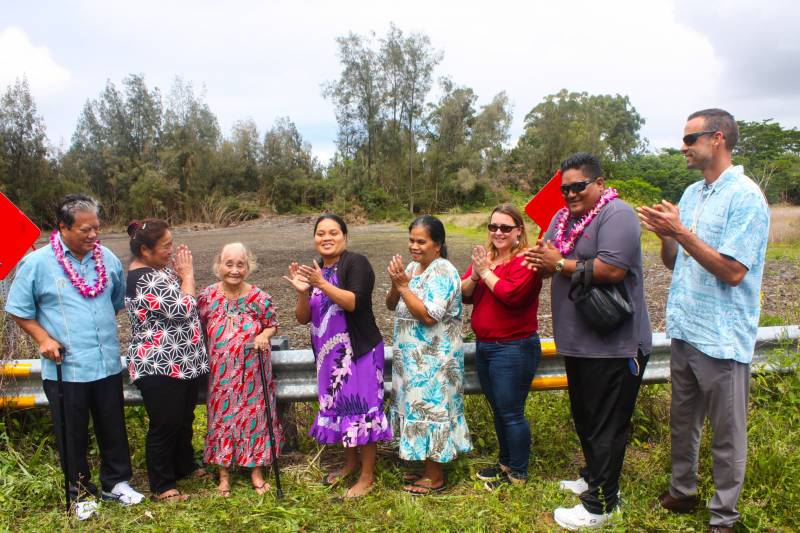 They thanked us countless times and I was overwhelmed by their gratitude. They never thought their dream would come to fruition, and this week, there they were – standing on this land, cutting a ribbon and marking a new beginning for their people.

Other strategies they’ve been engaging in are geared towards investments that will directly help the Marshallese. As a group, they collectively purchased landing craft boats that have made deliveries of needed goods to their islands of much safer. Previously, they were forced to unload cargo onto smaller boats at sea, and then deliver the goods to shore.

The boats are generating revenue, since they are routinely subcontracted to other nearby islands in Bikini Atoll. The Kili Islanders are also planning to purchase a plane in order to kickstart diving tourism by providing air transport to and from Kili Island. 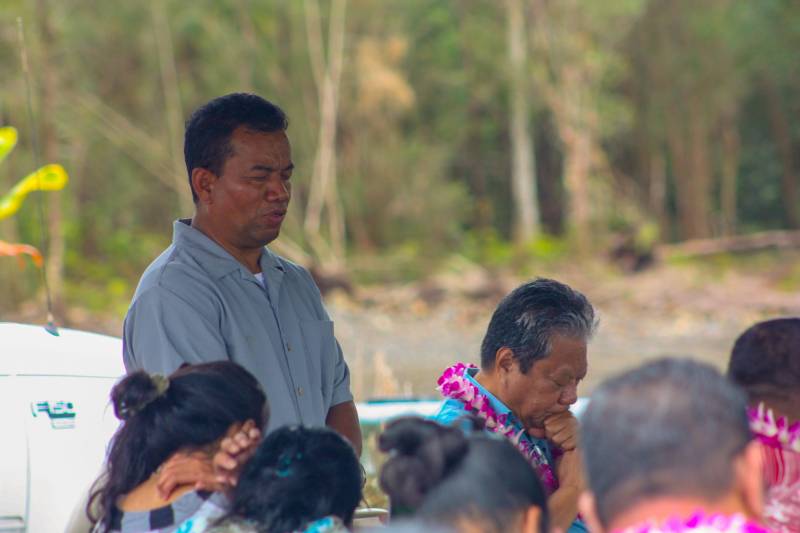 I was honored to be a part of their journey and to help them make their dream come true. I hope this land purchase helps to restore a feeling of stability to Kili Islanders, knowing that they have a home in these islands should they ever need it.

I was blown away when you first told me about this transaction. What a privilege to have represented the buyers!

It is my understanding that this is Hawaiian Homestead land. Who is Akalea partners, and by what right can they sell this land to non Hawaiians, while there are generations of Hawaiians that have died on the DHHL waitlist?

I understand the US is trying to make right of this situation. But, the land issuse we’ve been dealing with since the great Mahele to benefit itself beneficiaries, the Kanaka Maoli. This is a slap in the face for our Native Hawaiian communities who are on a DHHL wait list for land. Seeing all our Kupuna (elders) dying before being entitled to land and now the state purchases 283 acres of prime Hawaiian land to give to the people of Micronesia. Now, with this it angers the Native.hawaiian communities espexially the HHL recipients.who have been waiting for their land since 1920s. All crown lands like much of Puna .Keau,and Kalapana are all crown lands. Who’s selling property out there and what makes.them think it’s okay to sell.crown land are crooks. Our crown lands are.in the inventory for solely the beneficiaries under the 1920 DHHL commision act. Selling our land is a very sensitive issue. You need to understand that Kamehameha III purposely set up the great Mahele to entrust that all his people would have land to live on and cultivate crops for sustainability. The unwarranted and illegal sale of land in Hawaii is unbelievable. People come to beautiful Hawaii to buy property turn a profit and live off of all our resource, without the proper knowledge of how to aloha, malama ‘aina. This my ancestor knew the importance of reciprocation of all our natural resources. If we could have our land back, we could sustain the.multitudes on every island. Now back to the Micronesians it’s the United states responsibility to help these people, but with the sensitivity of our land here in Hawaii. Kanaka maoli should be put back on our land first. This is part of the battle amongest other important issues. So. Luke I mentioned before, undivided interest, is stated on every title of a purchased property to let the buyer know that their are other heirs to the land but the realtor doesnt know which part of the land and it’s division amongest other family.members on the land. Also, land being sold on the big island, unreal how.people come.to our beloved ‘aina and think they can own a piece of it. I’ll tell you.something, we Kanaka maoli are rising and understanding our rights under Hawaiian kingdom laws which that still exsist till today, remember theres no true annexation of Hawaii to the United states. The United states till this day is illegally occupying the Kingdom of Hawaii and this is considered war.crimes, under the Geneva act. Also these acts of treason is recognized as war crimes the United states opposed on the Kingdom of Hawaii when they illegally annex Hawaii in 1897. Hawaiian concept, aloha malama ‘aina. Enough taking what you have no rights to sell. Many Native Hawaiian families.are learning of this.Mahele and their rights to their kuleana ‘aina. Also, I’d like to know who’s selling all the land.out.in Kalapana, a active lava site. From Pua all the way down to Kalapana. That’s crazy! Then when we have another erruption, people are going to say they didn’t know they were.living on a active volcano… Really….! Your living on a island with three active volcanoes…. So think again before deciding to purchase any land here in Hawaii. We Kanaka are the true heirs to the land. The government needs to stop stealing our land and our land is no longer for sell…..

Stunning Lot for Sale in the Luxury Community of Hokulia

Pictured home: 16-4018 Ohiohi St. Kea`au Looking back at my musing as we began the lockdown around this time last year, …