Yeah, the beaches are nice, but now it’s time to do the things you just can’t do anywhere else on Earth! Hawaii is so unique and now that you have (finally) taken the plunge and moved away from the mainland, I have made a list of five adventures that I believe are the most important on the Big Island. You can’t call yourself a local unless you have done these five things. 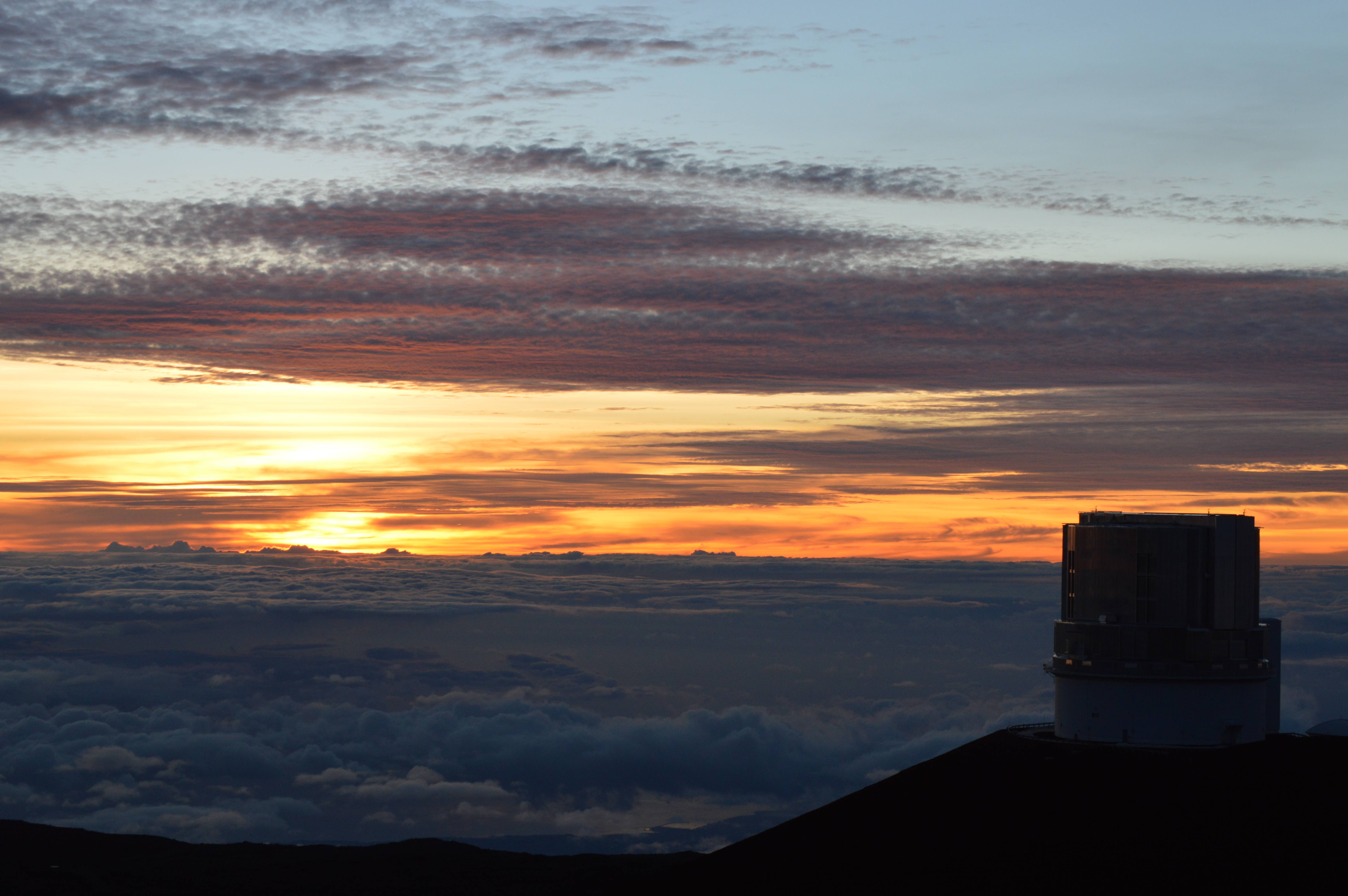 Everest might be the highest mountain, but it gets a head start with its base above sea level. Mauna Kea is officially the tallest mountain in the world at a massive 33,000 feet from base to summit! Most of the mountain is underwater so its highest peak is only 4,207 feet above sea level. Only…

It is also much easier to climb than Everest. All you need is a four-wheel drive vehicle or a bus ticket to take you all the way to the summit. No hiking necessary! There is plenty of space at the top to walk around and get some fantastic pictures above the clouds. Make sure to aim for sunset. 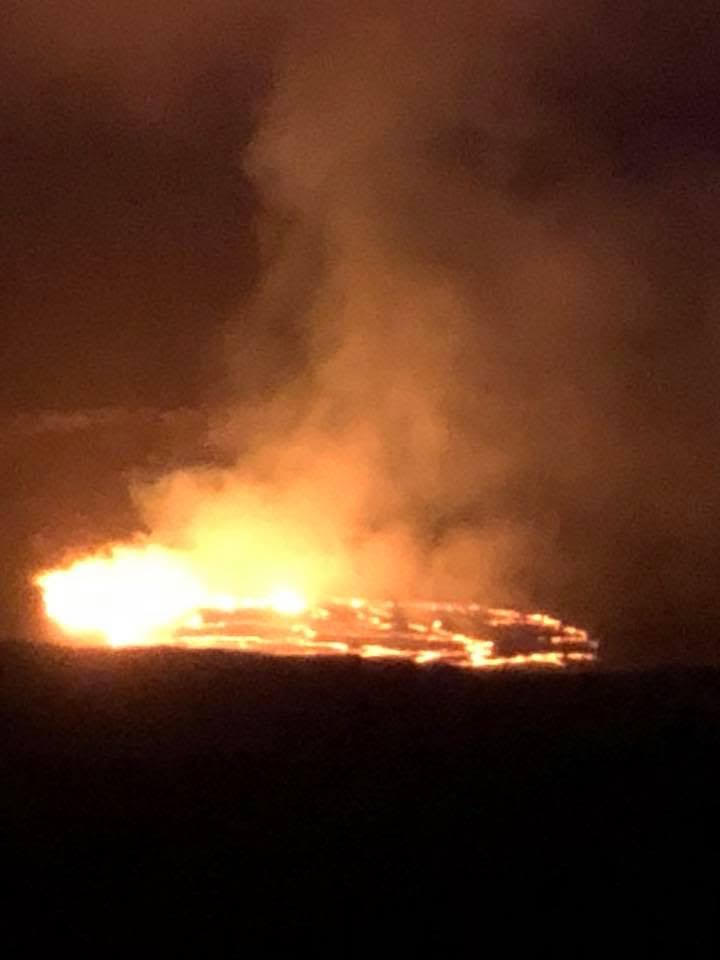 There are only a few active volcanoes on the planet and Hawaii is one of them! The entire island chain was formed by volcanoes spewing molten lava into the ocean where it cools and hardens to create new land mass. The Big Island is the newest of the island chains at only 700,000 years old. Considering the Earth is 4.5 billion years old, Hawaii is just a baby!

Kilauea is quite a unique experience and there are several ways to take it all in. A visit to Volcanoes National Park will get you into hiking trails around the central crater. No, you can’t walk up to the rim, but at night you can see the glow of the lava lake inside coming up from the crater. All around the hiking trails are steam vents pumping out heat from the volcano.

It might cost a bit more, but I would highly suggest taking one of the helicopter tours of the volcano. The pilots know where the action is and can take you right to it. We got to fly directly over the crater and see down into the lake of lava and inside some of the lava tubes. There’s no better way to meet Pele (the Hawaiian goddess of fire that lives in Kilauea). Plus, riding in a helicopter is pretty cool by itself. 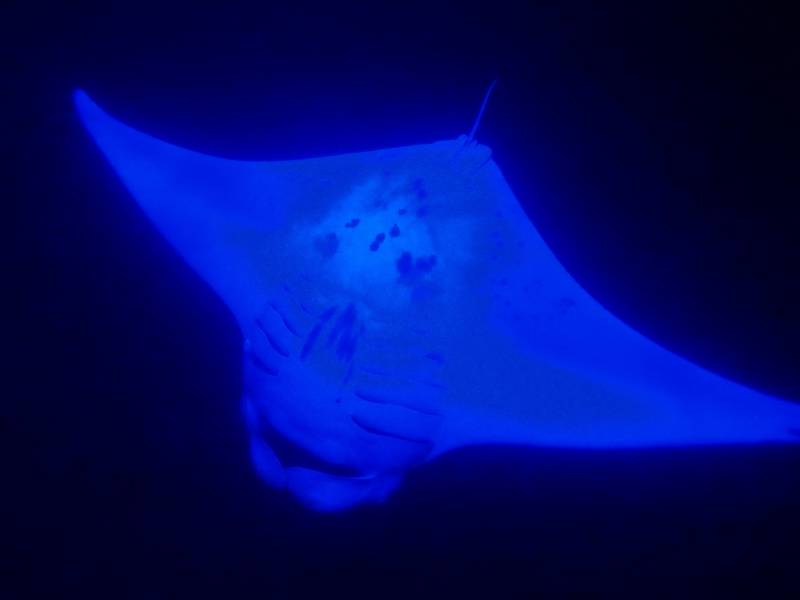 3. Swim with the Manta Rays

There are only a few places on Earth where these gentle giants go to feed. Want to guess where one feeding zone is…? That’s right, Hawaii!

I’ll be honest, I was a little nervous to go swimming with such a huge creature. With the adults weighing in at 3,600 pounds with a 22-foot wingspan, they can be quite intimidating. But don’t worry, they only eat plankton. During prime Manta season, you can join a group and head out to their feeding area to swim with them.

Once the sun starts to go down, you jump out of the boat with your snorkel and everyone holds on to a flotation device with a light underneath. The light attracts the plankton. The plankton attract the Manta Rays. On our tour, we had over 15 Manta Rays feeding at one time. They actually eat upside down so while you lay flat on the surface of the water, they do backflips underneath the light to scoop up the plankton in their huge mouths. Even if you’re a little nervous about swimming at night with ocean life, you don’t want to miss this one.

I know I said to branch out from just going to the beaches, but these are special. Because of the volcanic activity on the island, Hawaii is one of the few places on Earth to have natural black sand beaches, and the Big Island is one of only four places that has green sand.

Back sand beaches can be found all over the island. They are made of weathered volcanic stone. It looks like smooth black pebbles. Maybe not so great for lounging on your beach towel but it’s definitely unique. My favorite part of the black sand beaches is that the sand doesn’t stick to you when you get out of the water! No piles in the car or trails through the house!

Green sand can only be found on one beach. It’s actually so rare that there is a fine if you take any with you. To get to the beach is a six-mile hike over rocks and through the famous south-side wind. You can also pay someone with a jacked-up truck or jeep to take you there; they always hang out at the parking lot to give rides. Normal cars won’t even make it out of the parking lot. 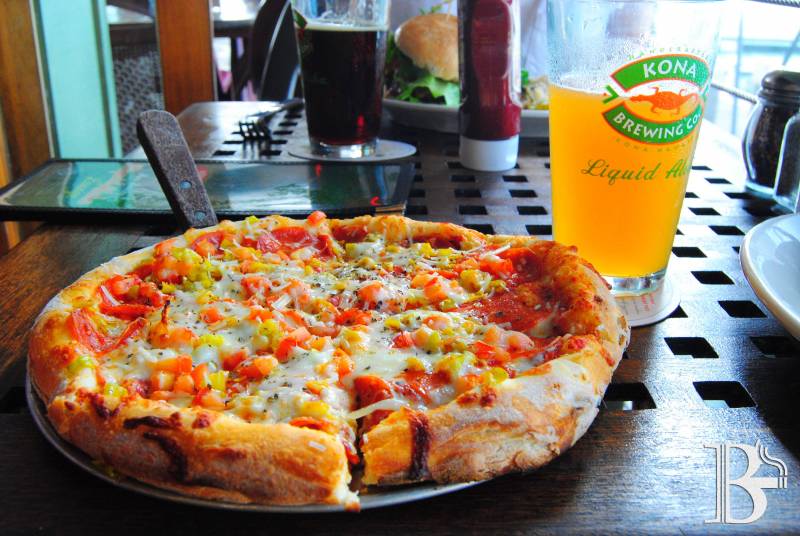 Now, I consider myself as somewhat of a pizza connoisseur and Kona Brewing is at the top of my list. Specifically, the peperoni Ali’i. There’s no better way to end the week than with some liquid aloha and some of the best food around. Or start the week, or in the middle of the week, or just a snack… Kona Brewing alone would be enough to make the move worth it. Everything else is just icing on the cake!

Aloha, and welcome to Hawaii Life.

It’s a start, but there are so many more things to do on the Big Island. We are there whenever we can be in Hawaii. It would be much better to live there, however.

Hi Randy. Enjoyed your list of 5 things that are a must to do on the big island but we were just up Muana Kea and the guide there told us it is 13,796 feet above sea level (4205 meters) and not the 4000 plus you mention in your article.

You may already know that we have some of the world’s most incredible scenery here on Maui, from black sand …

The Best Hikes on Oahu Are Hidden

The valleys we drive past daily have hidden treasure within them. Go down the rabbit hole and you will discover …