I met with my client on 4/11/17 to talk about their house on Ferdinand Avenue. The goal was to figure out why they purchased the house and to share some of the experiences and memories they’ve had while living there. The transcript below is from that conversation.

Could you tell me what attracted you to the house?

Richard was raised in the East and I was educated there. In this house we found a New England style designed for Hawaii with an open screened porch and so many outside areas. 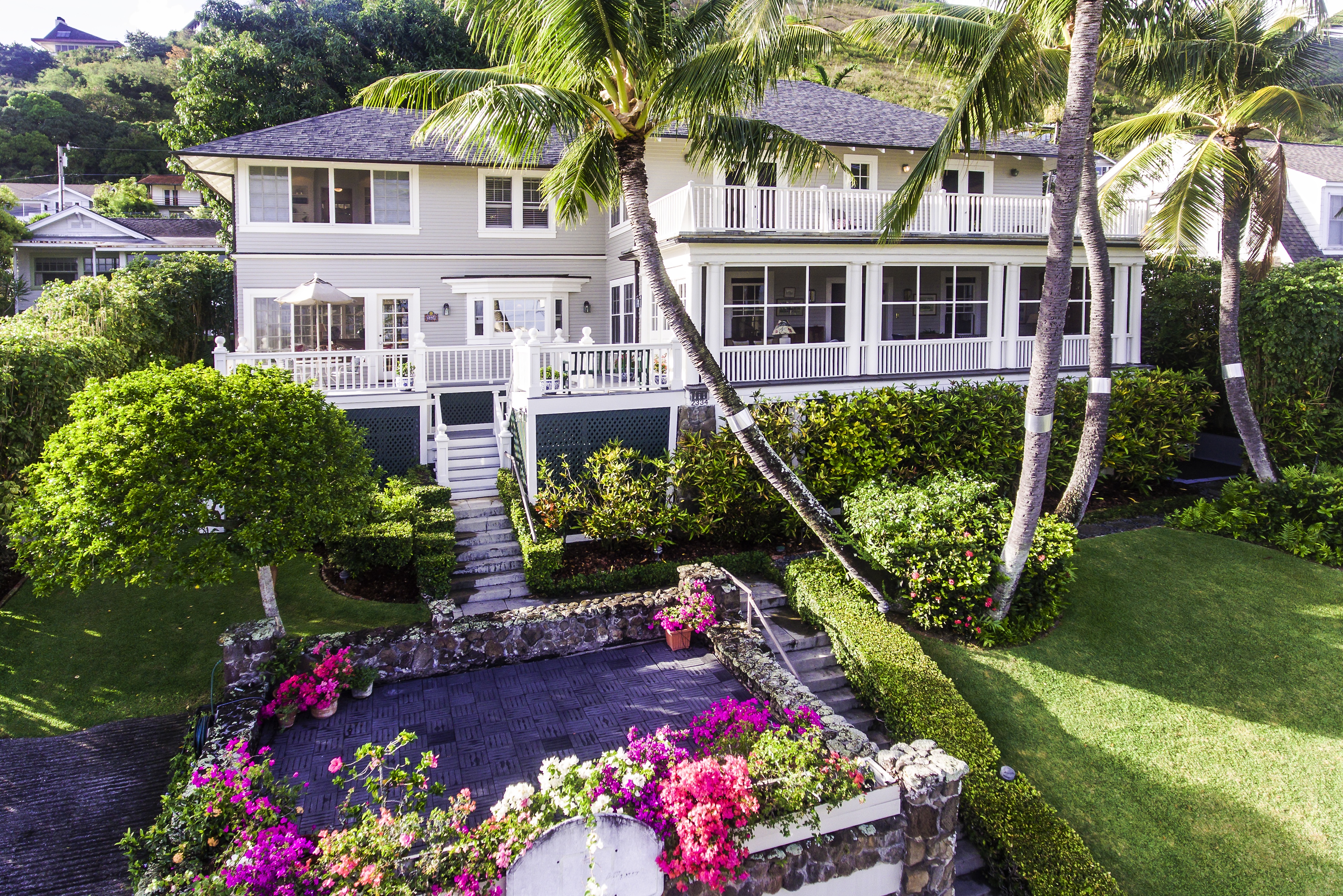 Were you looking to buy a home when you walked in?

We first came to the house as dinner guests of the prior owner, but did not get to go upstairs. When the house went on the market, we came to an open house to look around and see the other areas, and ran into the owners who came home to get something. That started a very long conversation about buying the house. 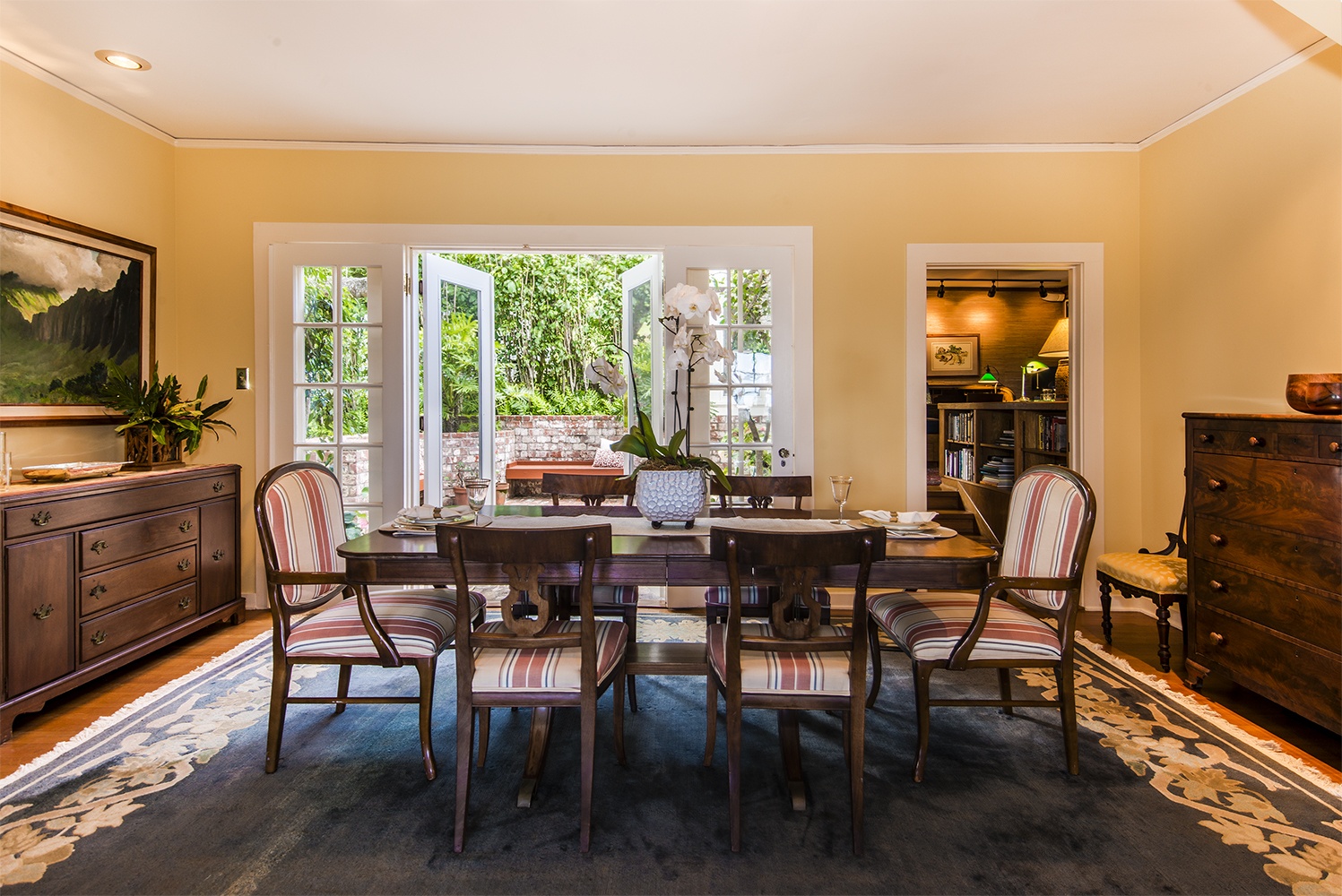 Did you always want to live in a historic home?

No, but we definitely like the style of an older house. We are interested in history and this house, which has maintained its architectural integrity, spoke to us. 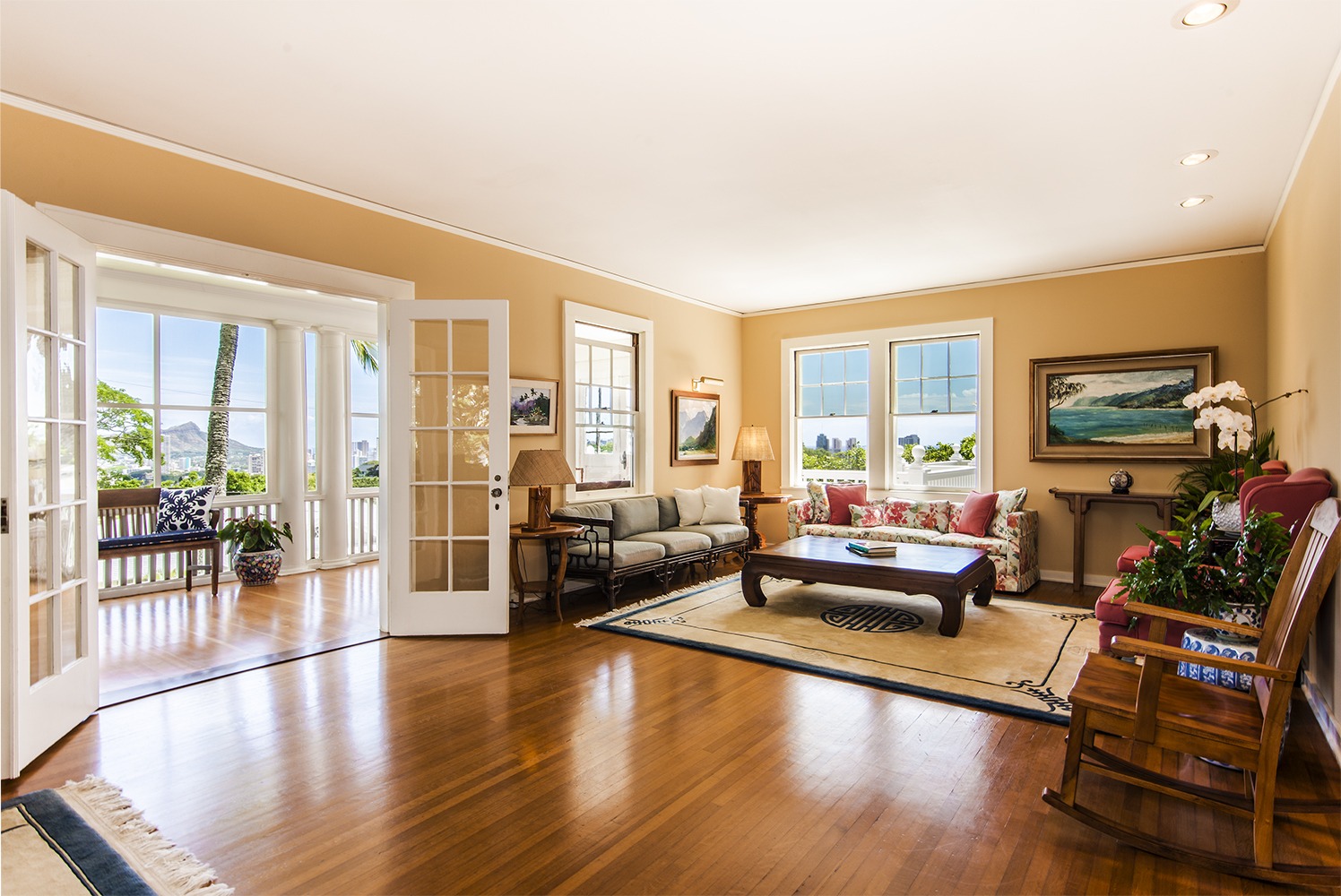 Why or why not?

We weren’t really aware of the historic option when we bought the house.

What did you have to get used to when you first moved in?

Nothing much comes to mind, except that the washer/dryer were in the basement.

What did you want to change first?

The first thing we did was paint the entire inside by ourselves; it took a year. 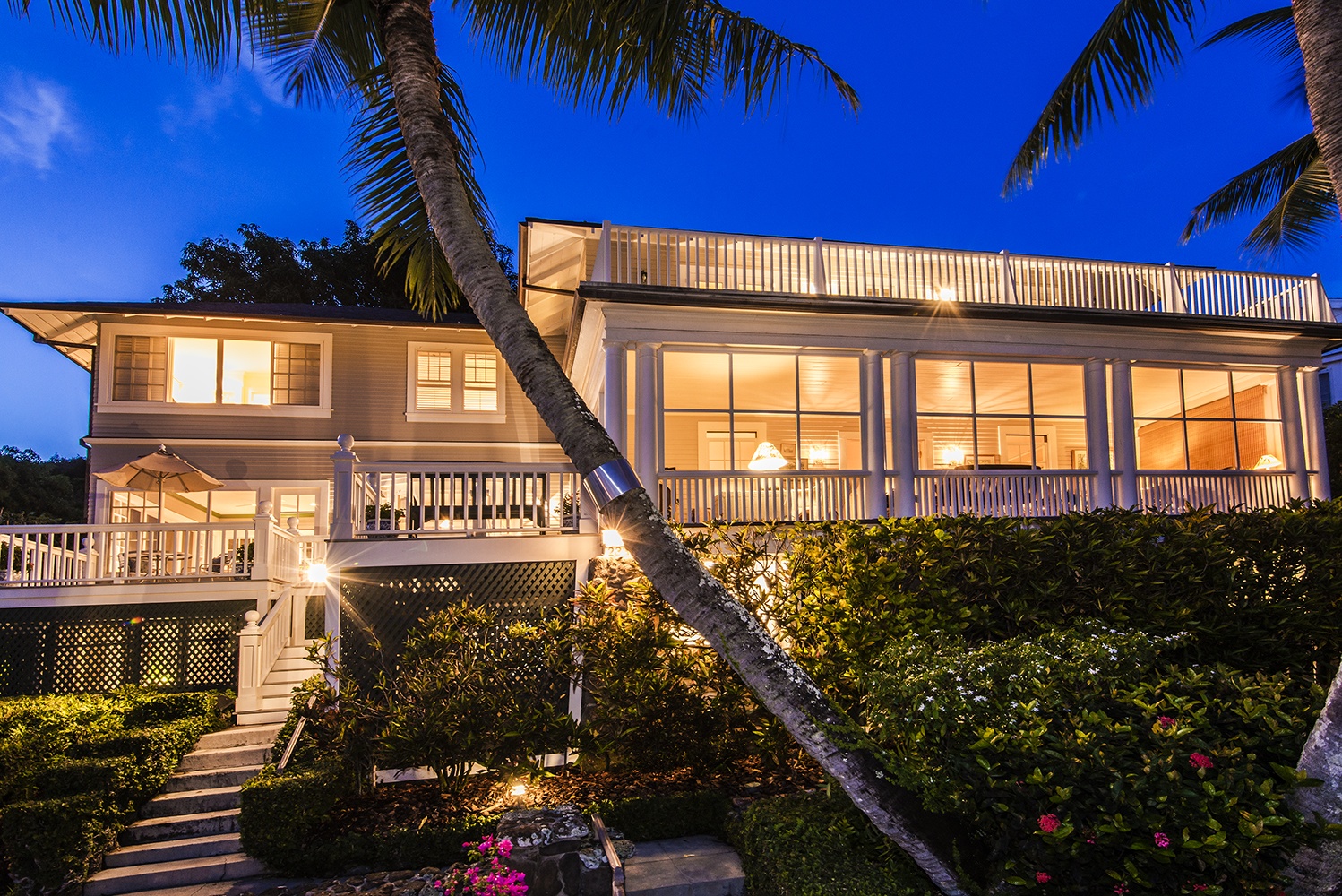 What do you love the most about the home now?

The openness, the many gathering places, and the light. And of course, more that 40 years of memories here. 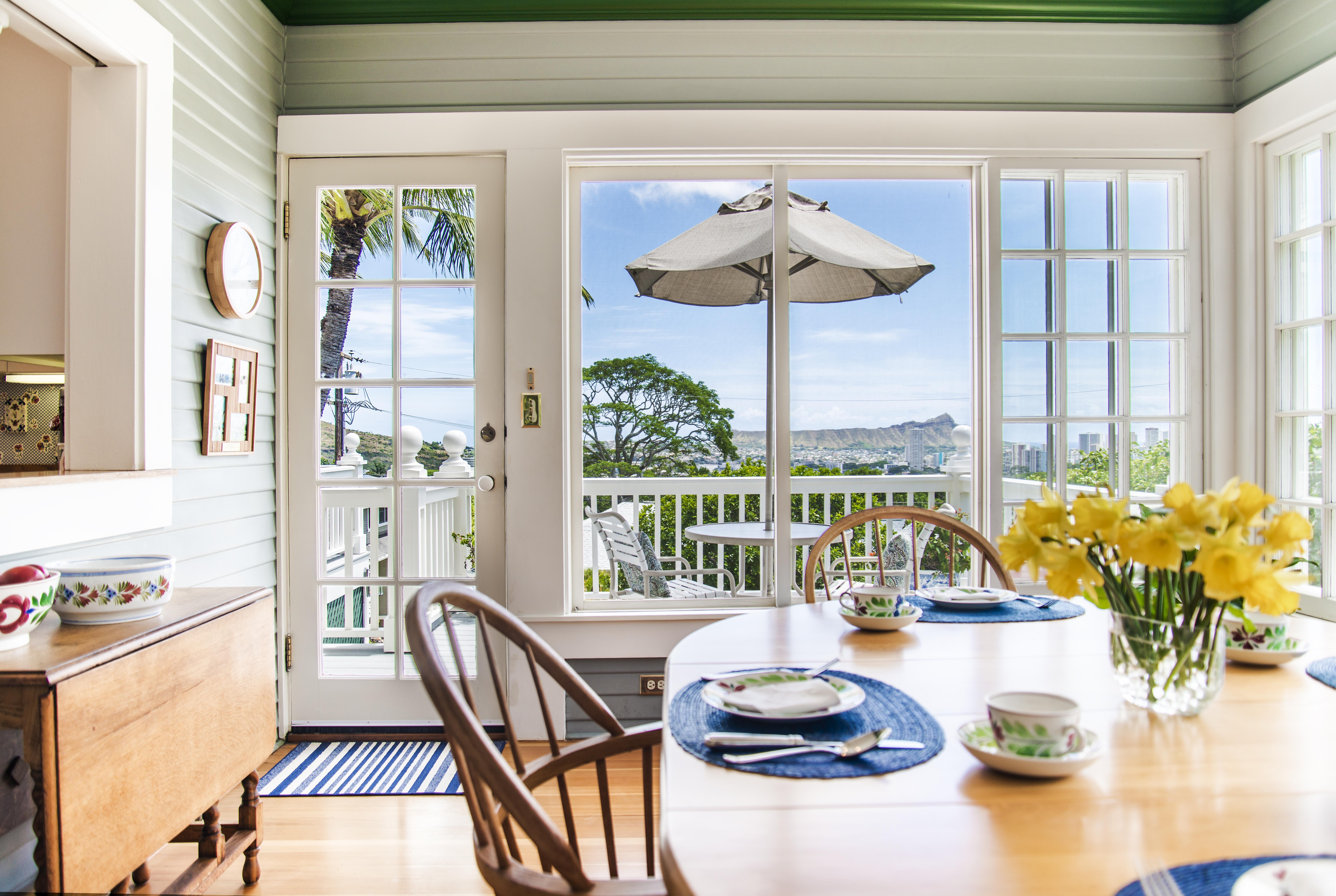 How would you describe your design style in the house?

How did you go about finding an architect to remodel your historic home?

The first remodel (1981 or so) was the den and patio, and we used Architect Jack Lipman whom Richard knew from legal work. For the larger remodel (1987-1988), we interviewed two architects known for their work with historic residences. We selected the incomparable Spencer Leineweber and the rest is history. 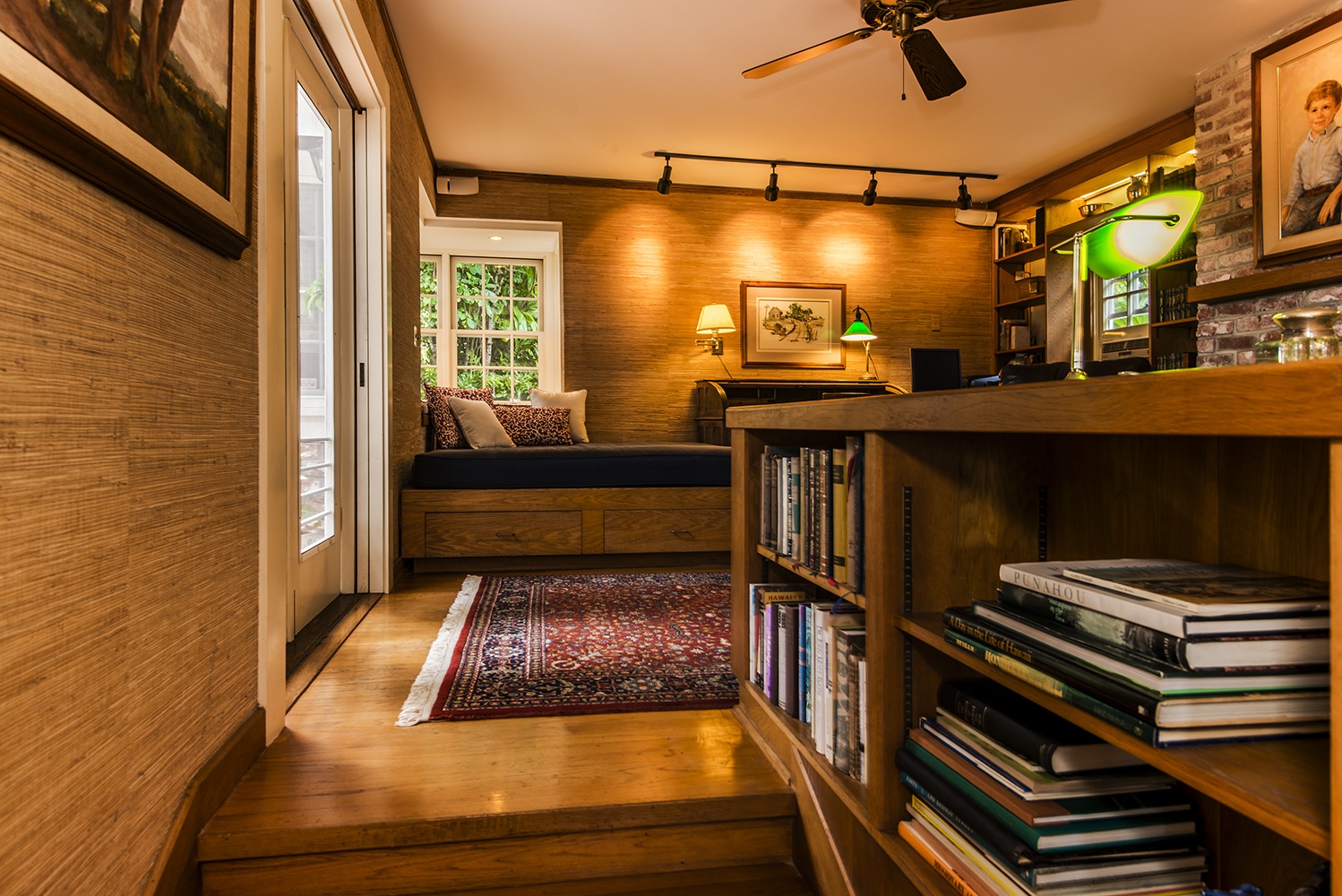 Did you interview more than one?

What made you pick the one you did?

Her vision, her reputation, and her personality.

Did you use two different ones each time you had remodeled?

Did the remodels come in under, at, or over budget? By how much? 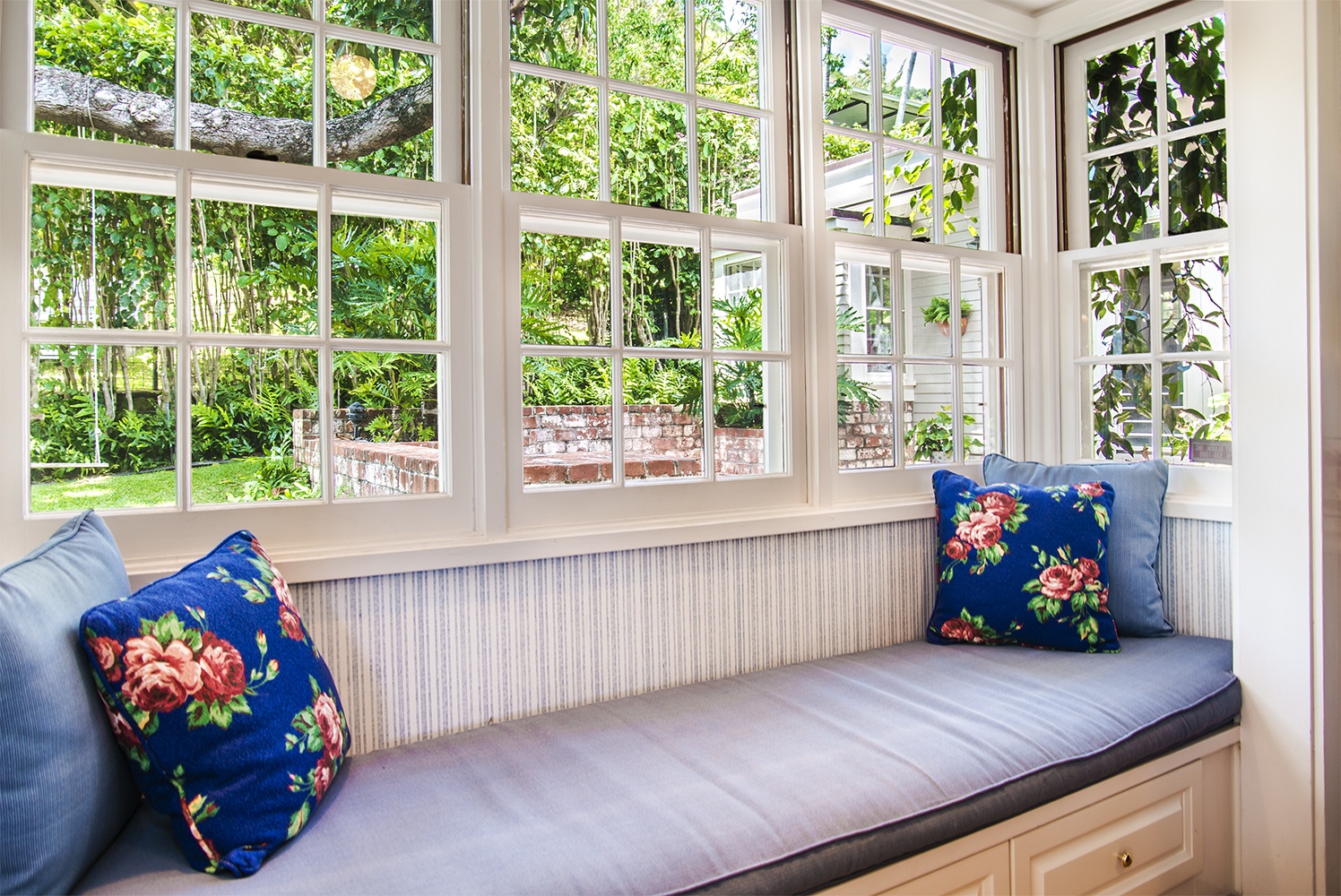 Did this home remind you of the one you grew up in? Or your Grandma’s house? Or Aunt’s?

This reminded me of my grandmother’s house on the Pali Highway, and the houses of 4 great aunts, all of whom lived in Nuuanu when I was a child. My family came from Scotland in the 1840’s and almost all of them lived eventually in Nuuanu Valley in houses similar to ours in style. My great grandfather, the father of all these Nuuanu residents, also lived in Nuuanu and was in the cabinet of Hawaii’s last King and Queen.

What was the favorite part of the house for Peter and David?

I would say generally they loved the den with the hikie`e bed, the basement playroom when they were teenagers, and all the happy memories of Easter egg hunts, huge Christmas trees, basketball and hockey games at the street and backyard, the treehouse in the mango tree, and the fact that they had big bedrooms that opened to the outside, with their own private deck. 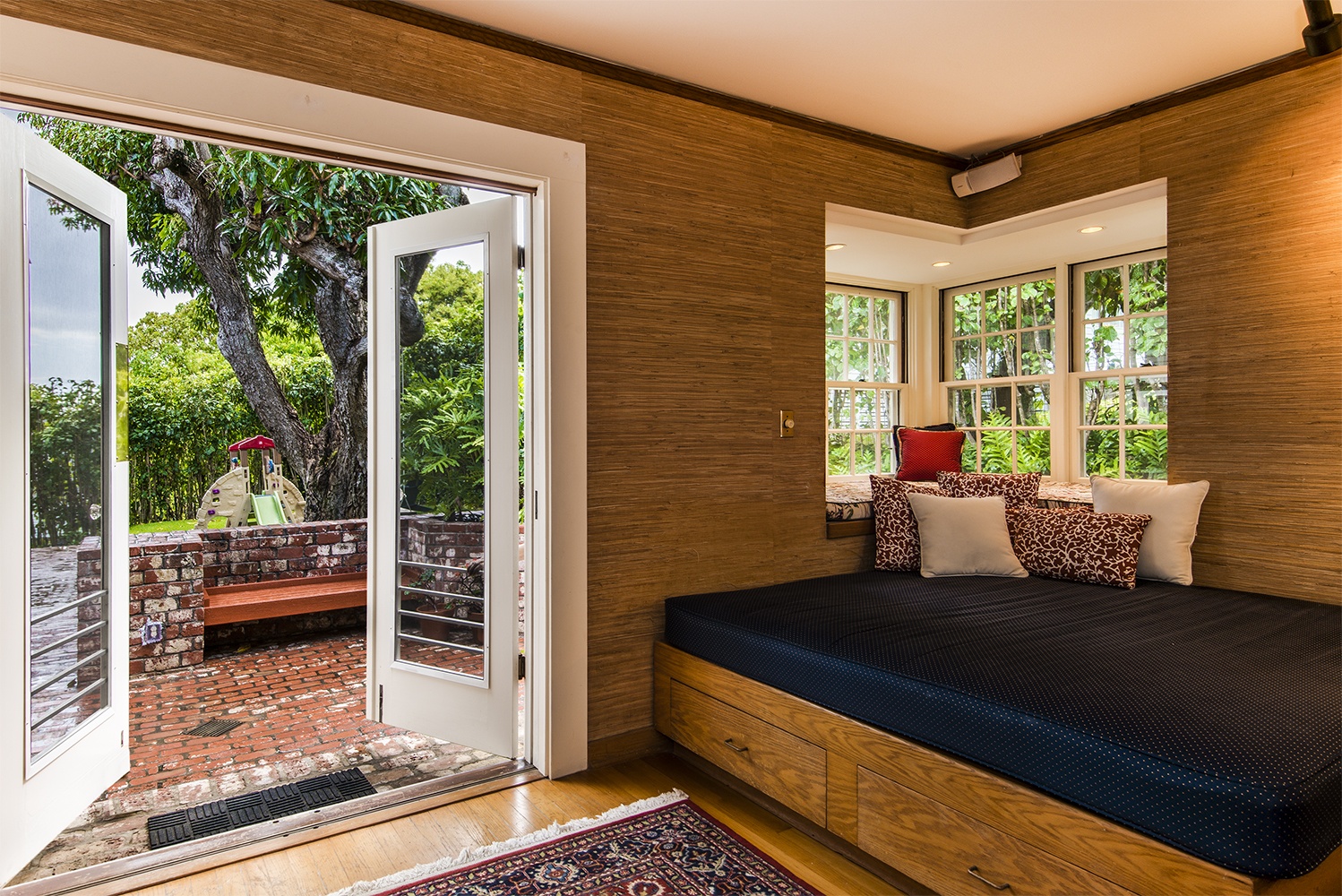 What makes it special to Richard?

I think the most important thing for Richard is more than 40 years of memories with his boys in this house.

Can you tell me about any special pieces of artwork, photos, or furniture you have in the house?

Our furniture and art are eclectic. This is partly due to our taste, but also reflects the fact that many of the pieces are from relatives. My mother’s family came on the Mayflower in 1620, and some of these pieces date from the 18th Century and were shipped here by my mother’s family for her. Some pieces are Hawaiian or Asian and come from my father’s side of the family, like the two large koa armoire, the temple gong by the door, and one of the beds. Some of the art we selected and some items come from my parents. Many well-known local artists are represented: Peter Hayward, Hiroshi Tagami, and Yvonne Cheung to name a few.

What do you think you and Richard will miss the most?

The space, serenity, and openness of the house. The house has always felt like a calm sanctuary from the larger world. So many, many happy memories are stored within these walls. 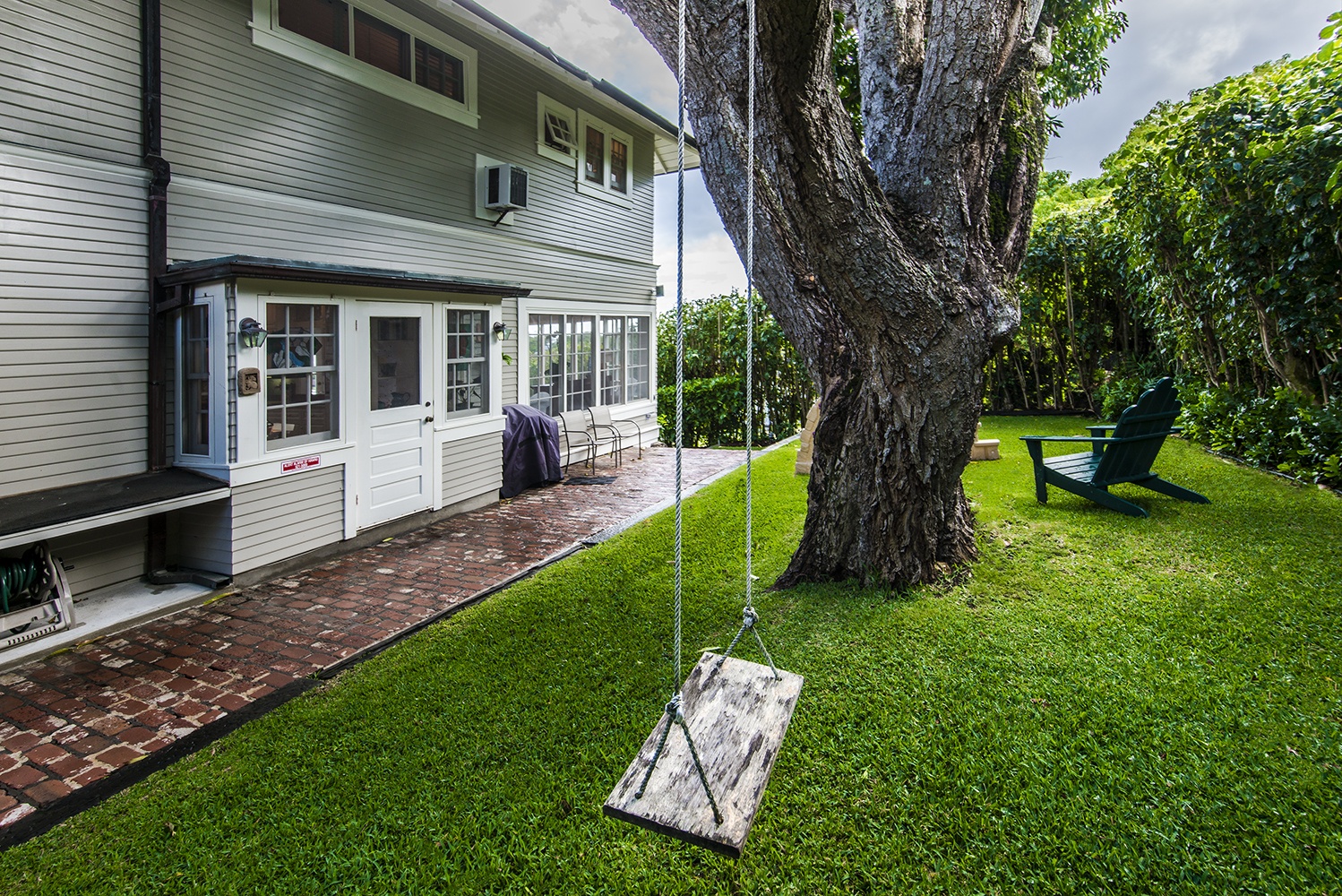 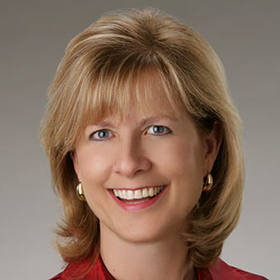 Dawn Soderquist Okano is a REALTOR Associate, SRES with Hawai'i Life. You can email me at dawnsoderquist@hawaiilife.com or via phone at (808) 255-9965.

Coconut Plantation in Ko Olina is a beautiful tropical master planned home community on the west side of Oahu. Situated …

ALOHA Friend, Breakfast may be the most important meal of the day, but when the weekend rolls around, it’s all …