2014 is proving to be a progressive year for the Big Island’s luxury real estate market. The sales totals for properties priced at $5M and over has surpassed the 2013 first quarter by approximately $8.1M. According to MLS, between January and April of 2013, a total of eight properties at $5M+ sold on the Big Island – all of which were located either at Kukio or Hualalai. 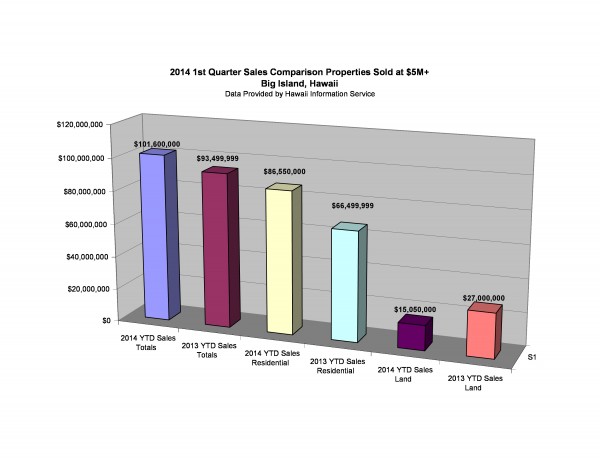 What’s fascinating is that 2014’s first quarter sales trends for the Big Island’s luxury home real estate market are improving, more residences are closing at or near the listed price, and significant sales are now taking place in various communities. 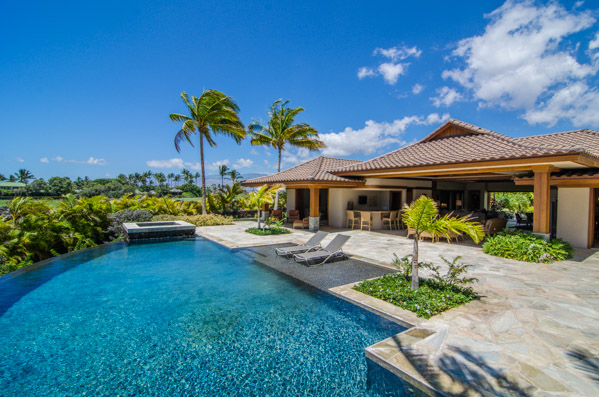 Thus far, twelve properties priced $5M+ have sold in the first quarter of 2014. Five of the significant sales of 2014’s first quarter occurred in communities such as Mauna Lani 49 Black Sand Beach, Puako, Waikoloa Beach Resort, and the Hamakua Coast. 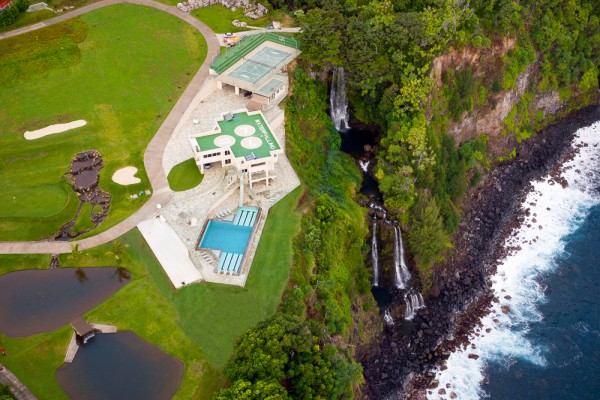 According to MLS, with the exception of the Water Falling Estate sold at auction, a majority of the other YTD sales thus far have closed at about 5% to 10% below the list price compared to 10% to 15% average of 2013.

April 2014, the Water Falling Estate located on the Hamakua Coast listed at $26.5M, closed via auction at $5.75M. The closing price for this property will set the market trend for other comparable luxury properties located in areas such as North Kohala, Hamakua, and other oceanfront communities outside of the resort areas.

Many homes are selling with fewer days on the market and closing at or near the list price. If you have been considering selling your property, this may be an opportune time to review a comparative market analysis on your property to help consider whether or not now is a good time for you to sell.

How is the Oahu Real Estate Market? Are you wondering if you should enter this highly competitive market? Hi, I …

As a Broker, you are always looking for ways to get your listing to stand out from the crowd. Most …

Views Inside this 39th floor unit, you are immersed in a world of blues and greens from your own private …

The luxury homes real estate market continues to climb, and especially on the Kona Coast, as Hokuli’a has now offered …