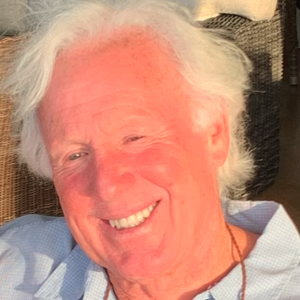 Originally from Northern California, I landed on Oahu in 1976 via a one-way ticket at 22 yrs old. I attended University of Hawaii majoring in business, tropical agriculture, body boarding and bikini watching. I was first licensed as a real estate agent in Honolulu in 1979. I moved to Kailua-Kona on the Big Island soon thereafter. The Kona coast was just beginning to get discovered. There were quite a few new developments in the early 80’s including subdivisions and condo projects in which I was active. I was also active in building spec homes in the Kona, Waikoloa and Waimea neighborhoods. I enjoyed the balance as both a real estate agent and a home builder.
I met my wife Heidi in 1985. We left the islands in 1990 and moved to Sun Valley, Idaho. I was an active Idaho real estate broker and builder there. We raised our three kids there until our return to the big island in 2004. We opened Kohala Resort Realty the same year. In 2008, our real estate market slowed down considerably as this was the beginning of the financial crisis. My wife Heidi and I found an unusual window of opportunity managing and selling bank owned properties (reo’s, real estate owned). We were extremely busy right out of the gate. I became a preferred reo listing broker for a long list of mainland and Hawaii clients. FreddieMac, BOA, Wells Fargo, HUD, VA, Bank of Hawaii and many more. Over the years, we assembled a great reo team and most of the original team is still running the business today. On December 1st 2021, we merged our company with Hawaii Life Real Estate Services. Hawaii Life offers incredible support and a great team with which to be associated.
Heidi and I are spending more time with our family in Oceanside, San Diego and Kapaa, Kauai. Home base is here in Waimea, Big Island. We are active swimmers, runners, paddlers, surfers and a few others. We take it one day at a time, smelling the plumerias and grateful for our lives.

View all of my sales...
Martin Smith
REALTOR BROKER (808) 345-3765 ‮mnullonullcnull.nullenullfnullinulllnullinullinullanullwnullanullhnull@nullhnulltnullinullmnullsnullynulltnullrnullanullmnull