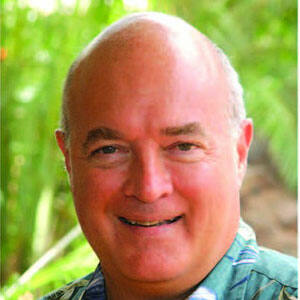 Steve brings over 47 years of professionalism to the Maui real estate market. During his career, Steve has held various finance and operations positions of increasing responsibility with AT&T, Digital Equipment Corporation, Inland Steel and Compaq Computer Corporation. Before moving to Maui, Steve worked on the mainland and in Geneva, Switzerland, Shanghai, China and Hong Kong. In Hong Kong from 1999 through 2002, Steve was the Vice President of Finance and Operations for Compaq's Greater China Region. Upon moving to Maui in 2002, Steve then served as a consultant for TSA, providing training and certification for the 50,000 screeners that were subsequently deployed throughout the nation's 420+ major airports. Steve and his wife, Becky, reside in Kahana Ridge in Lahaina. Their oldest daughter, Michelle, graduated in June, 2012 from UCLA and is currently working in Melbourne, Australia. Their youngest daughter, Kristen, graduated from UCLA in June, 2015 and is employed by Evolution Capital Management in Santa Monica, California. Becky remains active in vacation rental management and community events. Water sports have become or remained favorite pastimes for the family on Maui. Skiing in Breckenridge, where the family maintained a second home, has also been a passion. Steve specializes in upper west Maui residential properties and offers to you as a prospective buyer or seller the same dedication, honesty, integrity and professionalism that have helped him to achieve success throughout his career. After earning the 2003 Coldwell Banker Island Properties' prestigious new Maui Realtor of the year award, Steve's 2004 sales tripled in dollar volume over 2003. Continued year over year growth has allowed Steve to generate over $110 Million in sales. Accordingly, Steve is consistently recognized as one of the top 100 Realtors on Maui (out of almost 1600). Steve has also been honored as one of the Top 100 Realtors in all of Hawaii. Steve is a licensed Realtor (Broker) and a founding member of Maui Estates International LLC, an exclusive affiliate of Christie's International Real Estate. MEI recently merged with Hawaii Life Real Estate Brokers to broaden our scope to all of Hawaii.

View all of my sales...
Steven Fuller
REALTOR BROKER (808) 283-2420 ‮mnullonullcnull.nullenullfnullinulllnullinullinullanullwnullanullhnull@nullrnullenulllnulllnullunullfnullenullvnullenulltnullsnull Working primarily out of the Hawai'i Life Kapalua Office