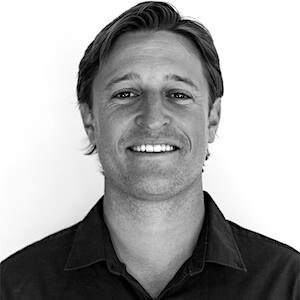 Eric was first exposed to the island's magic in 1983 and spent most of his childhood summers visiting Kauai's North Shore. The dream became a reality when he moved to Kauai in 2005 and was hooked by the 'Kauai Life'. Eric has been a real estate agent on Kauai since 2006, and has more than $600M in sales volume experience during that time, with a focus on residential and condo properties on Kauai's North Shore. He takes pride in clear, prompt and direct communication with his clients.

Born in New York City and raised in New Jersey, Eric later attended the University of Michigan where he studied economics and mathematics. Eric also spent three years living in Sweden where he attended the University of Gothenburg and obtained masters' degrees in both economics and finance. His love of travel has taken him across much of Australia, Europe, Africa, India, and South America. As a traveler at heart, Kauai feeds that need for daily adventure. When taking it slow, you'll find him and his wife, Adina, at one of the North Shore beaches, either surfing or encouraging their dog Maja to chase crabs.

View all of my sales...
Eric Bronstein
REALTOR BROKER (808) 320-0716 ‮mnullonullcnull.nullenullfnullinulllnullinullinullanullwnullanullhnull@nullnnullinullenulltnullsnullnnullonullrnullbnullcnullinullrnullenull Working primarily out of the Hawai'i Life Princeville Office