Strumming a ukulele under a palm tree and enjoying an ocean breeze. It seems to be a timeless picture that you can both see and hear. If you have your mind set on recreating this scene then of course the Big Island has plenty of resources to assist you. 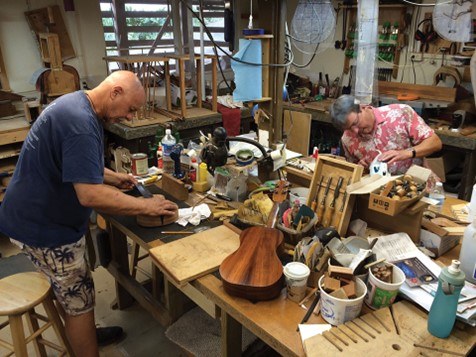 If you’ve come prepared with a finished product and some playing skills then a great next step is to play with a local Kanikapila. There’s no simple way to find a local Kanikapila except to venture out and introduce yourself to the numerous groups and individuals you’ll see with ukuleles on the Big Island. Typically these groups congregate in the mornings and it makes for an awesome time as a spectator or participant. 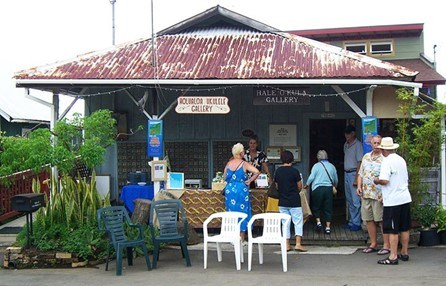 A bit of history on the instrument might also help strike up a conversation with a Kanikapila member. Originally introduced to Hawaii in 1879 by the Portuguese, the locals aptly named the instrument “ukulele.” This translates to, “jumping flea,” for the dexterity skills it takes to play the instrument. By 1900 the Ukulele had become a mainstay of island life. It was championed back then by King David Kalakaua – Hawaii’s last king – and many of his closest peers and family including Queen Lili’uokalani. Together they were all accomplished musicians and supporters of the arts.

In 1950 the ukulele reached its zenith. Television had become widespread and numerous TV hosts and musicians were seen with the instrument, most notably Arthur Godfrey. The famous TV host frequently sported a Hawaiian shirt and gave lessons to millions across the mainland. And ultimately Elvis Presley ensured its popularity when his biggest box office hit Blue Hawaii reached the ears of millions. 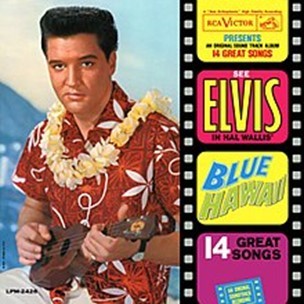 Fast forward to today and the ukulele remains a mainstay of island culture as well as the new age reggae movement that grew in the early 2000’s. Its grassroots culture and laid back attitude created a revival of sorts on the west coast reggae scene. Many rifts from popular southern California reggae/rock bands like Sublime and Rebelution as well as classics by Bob Marley can be heard strumming along the west coast beaches.

However, the definitive king of adapting classics to the ukulele is the late Israel “IZ” Kamakawiwo’ole. A renowned Hawaiian musician, singer, and Hawaiian sovereignty activist. He frequently incorporated other genres into his music and is most famous for his renditions of “Somewhere over the Rainbow” and “What a Wonderful World.” He is considered one of the greatest Hawaiian musicians of all time.

Give me a call at 808.938.3910 or email me if you are interested in learning more about the popularity of the ukulele in Hawaii or anything in general about life on the Big Island of Hawaii.