Many might not realize that lu’aus are a Hawaiian cultural tradition that dates back nearly 200 years. Although today they have transformed as a celebration appropriate for everything from birthdays to family reunions, they did not start that way. In fact, their origins are much more serious.

Lu’aus date back to the time of the Kapu system. These laws were a blend of hard rules and cultural traditions that had to be obeyed by the ancient Hawaiians. The penalties could be very harsh up to death. It wasn’t until the reign of King Kamehameha II that the rules started to soften. He began to lessen the harsh restrictions on the Hawaiian people and from there he began throwing the first lu’aus. Prior to his reign, men and women were forbidden from eating together. With this restriction finally lifted, it seems the King wanted to throw large gatherings of food and people. Certainly a cause for celebration. 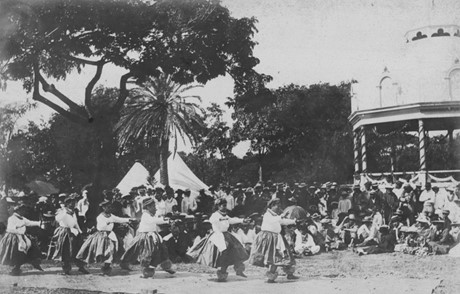 Of course the traditional Hawaiian staples of incredible food spreads and floral arrangements were common. Kalua pig is a mainstay of the modern lu’au but it was served at the traditional Hawaiian lu’aus as well. It is prepared by slow roasting the pork in an underground oven called an Imu. When you try this dish, you will understand why the cooking method has survived over 200 years. A second very popular dish is laulau. This dish can be made with either chicken, pork, or fish and fillings. Then it is wrapped in ti leaves and slow roasted. As you can see, the slow roasting method has been a staple of Hawaiian lu’aus.

Much has changed over 200 years, but the Hawaiian lu’au pays tribute to its origins through the food and fun that is enjoyed by all attendees. Among the best lu’aus on the Big Island is the Island Breeze Kona Lu’au at the King Kamehameha hotel. 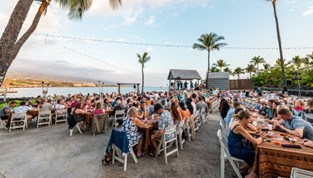 This lu’au is consistently voted amongst the best across the island. For good reason, as it includes an incredible buffet dinner and Polynesian show. It is even held on Thanksgiving, Christmas Eve, and Christmas Day!

Among the many things that make this lu’au special is the location. On the shores of the historic Kamakahonu Bay, the 22-dish buffet and entertainment is truly special.

This lu’au does have a rival however. The lu’au at the Royal Kona resort is an incredible event to be a part of as well. The setting is the lava shores of Kailua Bay. The event of course offers an incredible buffet-style spread, but what makes it stand out is the dramatic Samoan fire and knife finale. It’s an incredible sight to behold in addition to the various other traditional Hawaiian performers of the evening. This lu’au brings attendees right into the traditional Hawaiian spirit from the moment they enter and are given a traditional Aloha greeting. 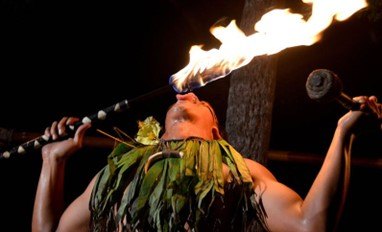 When it comes to which lu’au takes the crown? There is no definite answer. But each lu’au is an experience that is meant to be savored and enjoyed.

Give me a call at 808.938.3910 or email me if you are interested in learning more about lu’aus or anything in general about life on the Big Island of Hawaii.